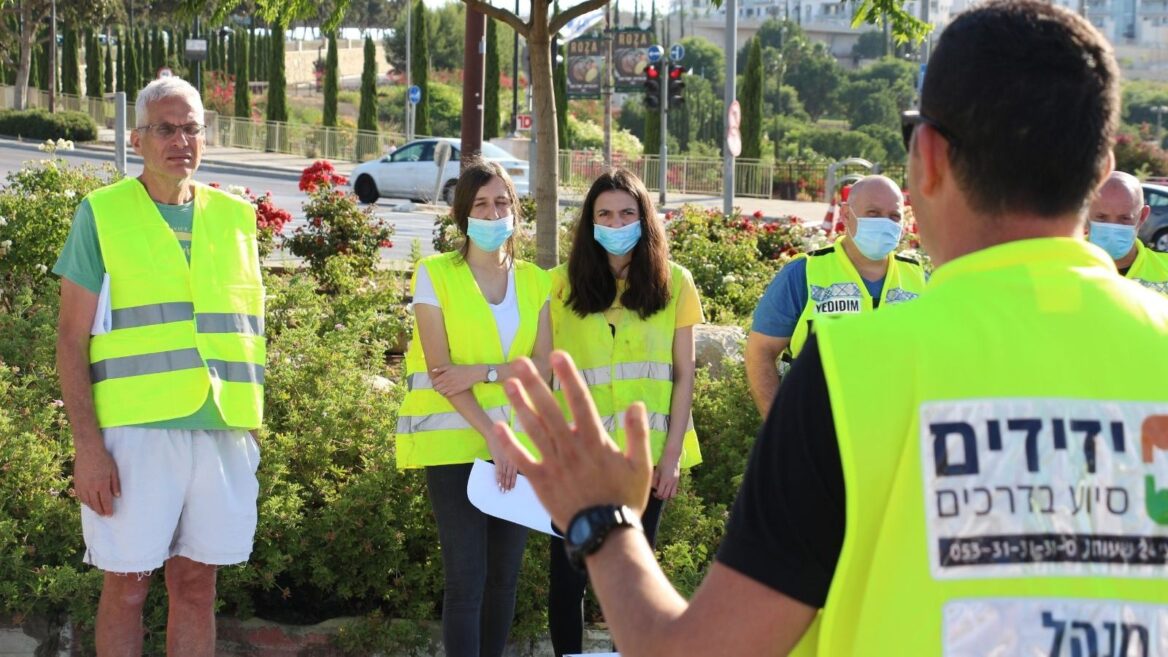 Yedidim is a large non-medical emergency organization with volunteers up and down the country. Photo courtesy of Yedidim

“We extricate five to eight children from locked cars a day on average. In the past three years, we’ve rescued more than 5,000 kids.”

“One morning I got off work at 5am and my car wouldn’t start. No one stopped to help me with cables. It was winter and it was freezing cold. I had cables in my car, but I needed another car. I waited for an hour and a half for someone to stop and help,” Israel Almasi recalls.

That was in 2012. A few years earlier, there’d been a volunteer network, based on beepers, for just such emergencies. But it was no longer functioning.

Almasi’s experience led to the revival of Yedidim (Friends), because “I decided that there won’t be another person in the State of Israel who will get stuck the way I did.”

With Almasi as CEO, Yedidim has recruited some 36,000 volunteers up and down the country, ready to aid in any non-medical emergency, big or small. 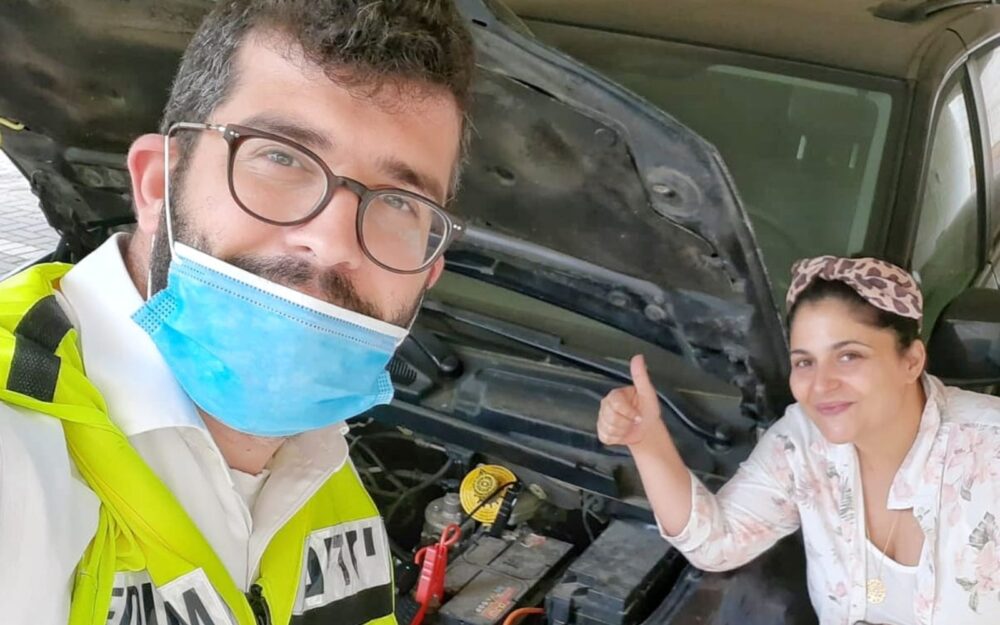 A Yedidim volunteer helps out with a broken-down car. Photo courtesy of Yedidim

“Car cables are the most common emergency. We’re talking about 60 percent cables, another 20% flat tires, and the rest is locked cars, oil, water and gas,” he notes.

“We extricate five to eight children from locked cars a day on average. In the past three years, we’ve rescued more than 5,000 kids.” 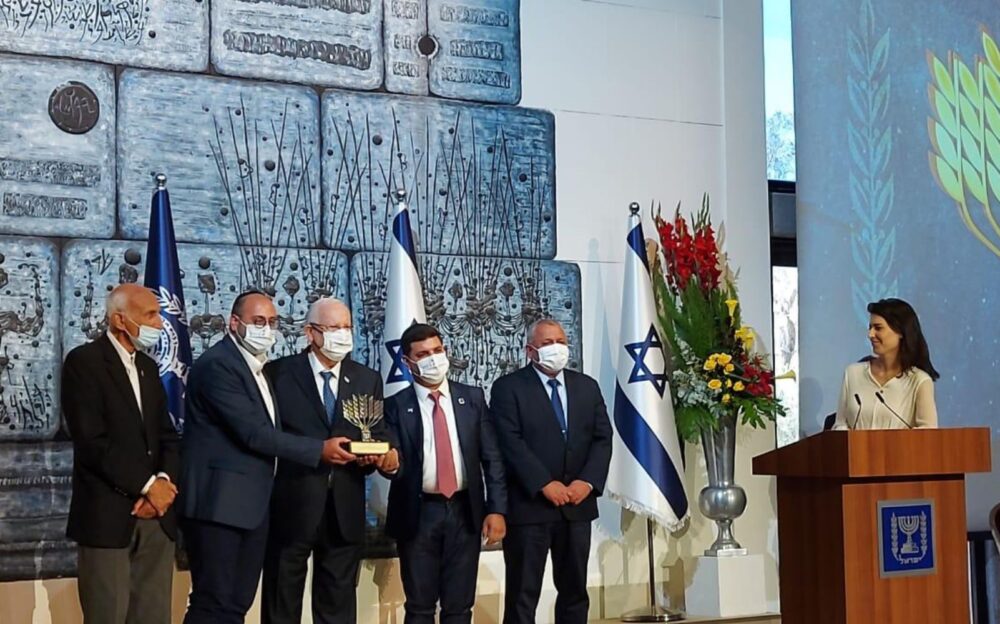 Last year, Almasi lit a torch at Israel’s Independence Day ceremony on behalf of the volunteers, and this year Yedidim received the President’s Award for Volunteerism.

“It was a very exciting phone call. I was in the middle of showering the kids,” Almasi notes. “Getting this recognition, the President’s Award – it means so much to all the volunteers that the establishment acknowledges their work.”

In another nod to the organization’s good work, e-scooter sharing service Bird just announced that it will provide free rides for Yedidim volunteers. 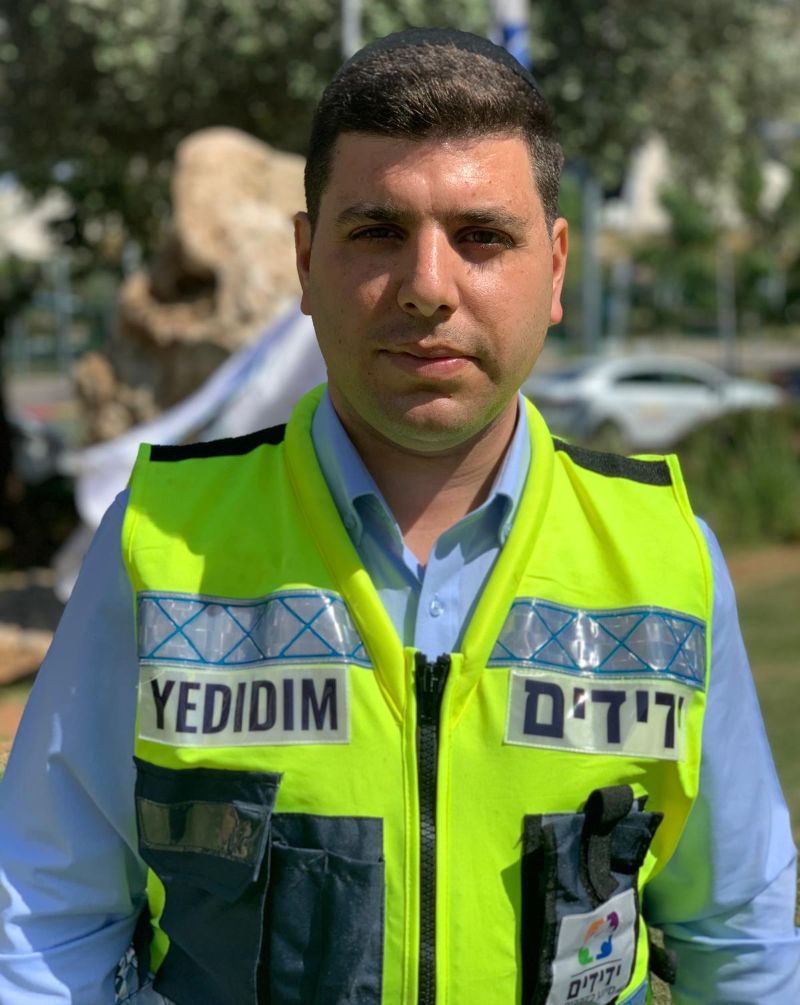 “We have volunteers all across the country who know how to respond and also be wonderfully flexible regarding sudden projects, such as the coronavirus crisis,” Almasi says.

“In 2020, we had more than 400,000 Covid-related events, such as the transport of tens of thousands of food baskets, medicines and games,” he says. “We gave the people of Israel some routine amid the emergency.”

When missiles from Gaza were falling on parts of Israel during May, Yedidim helped people operate the windows and doors of their safe rooms – huge, heavy metal hardware that becomes difficult to move when not in use – and unstuck some 6,000 of them.

The organization’s volunteers were also often called to unlock front doors that got locked shut when people ran for shelter. 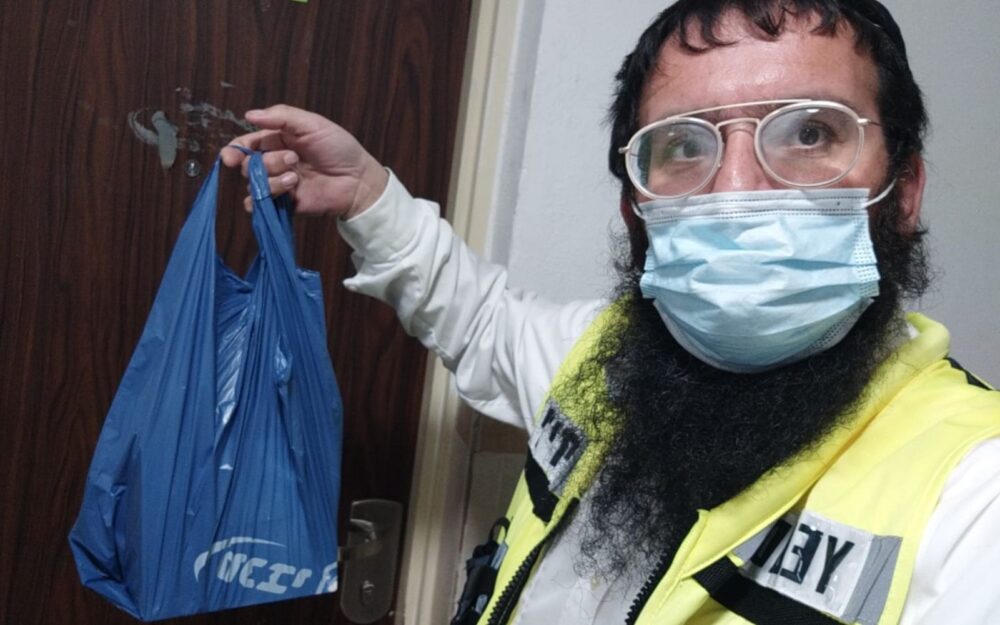 “One, for example, came from a family who came home from an event at 2am, and found a huge dog sitting in front of their door. He didn’t want to move, and they were scared to approach him with their little children. Just then, two guys who also volunteer for the police’s canine unit were there in the area, got the dog out in a moment and let the family in.”

Another, he says, stands out because of the volunteer’s generosity and modesty.

“Around two years ago, in the summer, we got a call from an elderly man who said that he’s hot and his air conditioning doesn’t work. Now, we get a lot of these kinds of calls from elderly people, who ask us to set up their TV or AC remotes, so it’s a pretty simple thing. A volunteer went out, and after a while he reported that everything was taken care of.

“About a month later I get a letter – a really thoughtful one, written in rhymes – in which the elderly man writes that a volunteer called Uri came to his house, saw the terrible state of the AC and said to him that he’ll be back in half an hour. That same Uri is an AC guy, and without telling anyone he brought back a new AC and within a couple of hours there was new air conditioning in the house.” 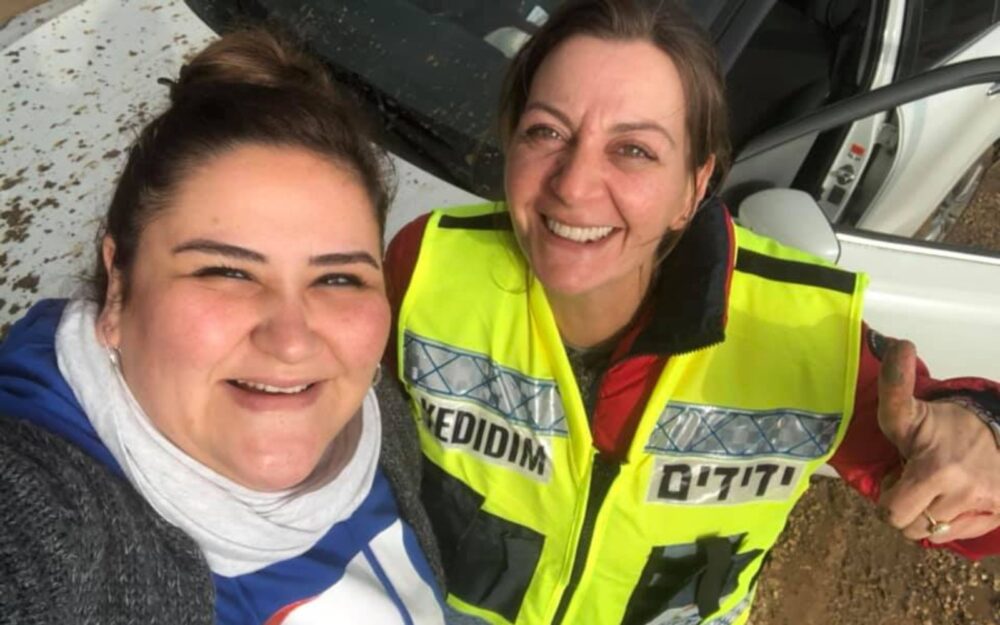 A Yedidim volunteer with another happy caller. Photo courtesy of Yedidim

Almasi gave Uri the volunteer a call, asking him why he didn’t say anything about the incident, only to be told that the AC was ancient and that it was obvious a new one was needed.

“I think that this education on being sensitive toward others makes us completely different people and makes the place that we live in a much better one. This education that passes on and on is our victory.”

The volunteers, Almasi notes, come from all sectors of Israeli society.

“Yedidim, if I had to sum it up in one sentence, is all about creating connections between needs and ability all across our people: religious, secular, Jews, Arabs,” he says. “Unity, love and mutual support are our main motive.”

Almasi says that at-risk youth and people with physical disabilities are integrated into Yedidim’s call center and volunteer network.

“We don’t just help people with a punctured tire, but also people who have a ‘puncture’ in life, we give them meaning, and to me that means so much.”

To volunteer, people send their details online to their local Yedidim branch, where they learn how to use the organization’s location-based app.

“The app sends a push message regarding nearby events. Then you decide whether you want to go out on the call. If not, that’s perfectly fine. The volunteers don’t owe anyone an explanation,” Almasi says.

“I say this modestly, but I think that we cracked the volunteering method for 2021, because people don’t like to commit to things. Instead, this is the type of discourse that leads to the greatest sort of volunteering, because the best volunteering takes place when you don’t force things.”

“No matter how big we are today, we’re only at the beginning of the beginning. My goal is to have half a million volunteers, a volunteer in each building. That’s where we’re heading,” he concludes.

UNCOVER ISRAEL - Get the ISRAEL21c
Weekly Edition free by email
Sign Up Now!
Bring Israel's story to life.
Millions of people around the world rely on us to gain a deeper understanding of Israel. We are the trusted source for original content you won't find anywhere else.
You can make a difference. Donate today to support journalism that brings Israel’s story alive.
SUPPORT ISRAEL21c
Read more on:   Social Action, volunteering, Yedidim