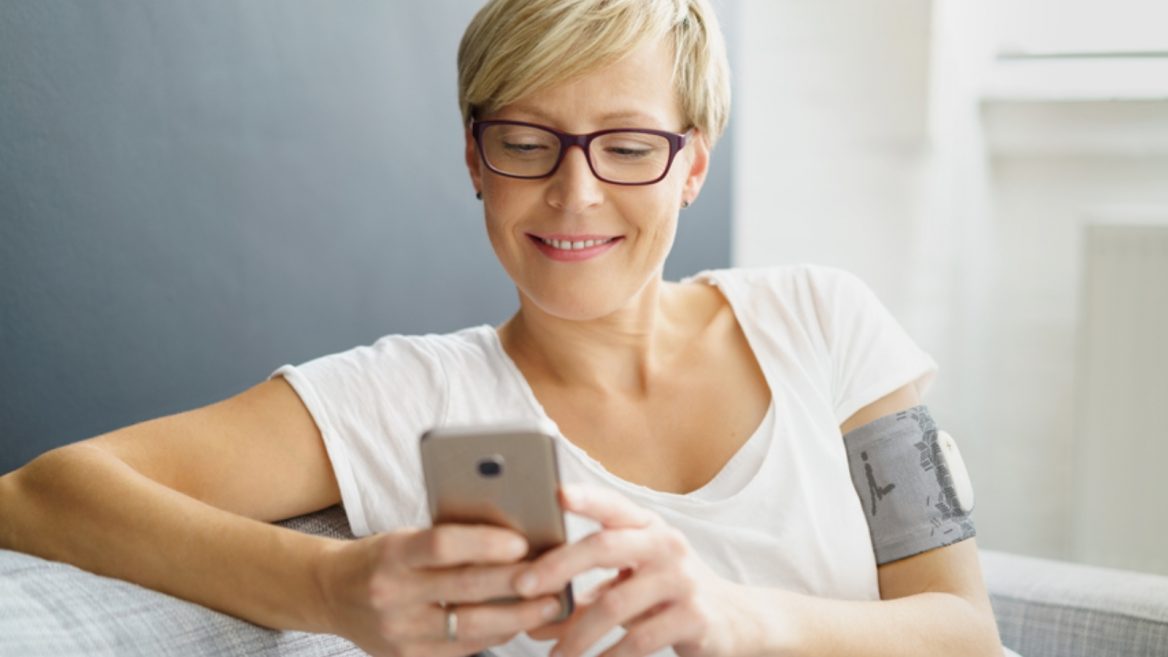 It looks like a high-tech version of a nicotine patch, but Theranica Bio-Electronics’ wearable device has a different purpose: to knock out migraines… at least temporarily.

Inside Theranica’s Nerivio Migra patch are tiny electrodes that deliver a small electrical jolt to your body to mitigate headaches and other acute pains through what’s known as CPM (conditioned pain modulation).

Similar to a nicotine patch, you place the Nerivio Migra device on your arm above the elbow. The device communicates wirelessly via Bluetooth with your smartphone, which regulates the electrical pulses and sets a timer. A 45-minute treatment can bring relief for pain within two hours.

In Theranica’s clinical trials involving 252 patients across 12 sites in the US and Israel, “around two-thirds of patients got significant pain relief,” Theranica cofounder and chief operating officer Ronen Jashek tells ISRAEL21c. “More than 30 percent were pain free.”

There’s one unavoidable hitch: The pain does come back eventually because this is not a cure, rather a treatment to deal with headaches at their worst.

Theranica’s Nerivio Migra device isn’t on the market yet – it’s currently being evaluated by the FDA and clearance is expected in a couple of months. Nor is the business model set, other than it will need a prescription. The cost is hoped to be equivalent to, or less than, common prescription drugs.

Nerivio Migra, which began development in 2016, will first be available in the United States, followed by Europe in 2020, according to the company’s plan.

Each device can be used for only 12 sessions because, Jashek explains, “The electrodes in any kind of device like this need to be replaced after a number of treatments.” The tiny battery inside the device also runs out of juice.

Jashek suggests users either recycle the patch or send it back to Theranica. “It’s an electronic device, so you recycle it like you do any electronic equipment,” he says. 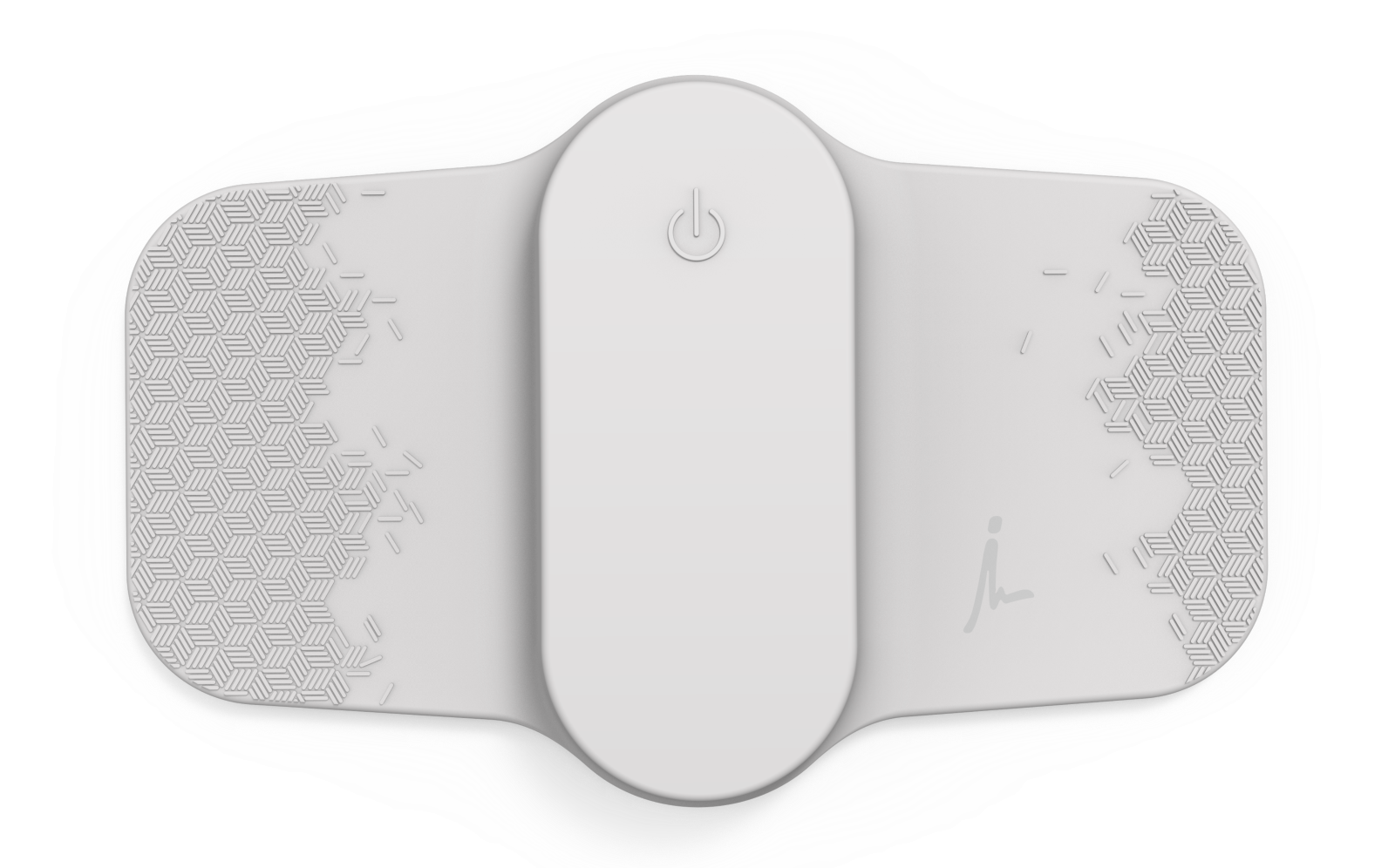 The 17-person Netanya-based Theranica has raised nearly $42 million. The latest round of $35 million closed in March.

Neurolief, an Israeli company developing a head-mounted neuro-modulation device for migraine relief, has raised only $5 million.

Why the difference in fundraising success? Blame it on the Eckhouse effect.

Eckhouse is a highly successful serial entrepreneur focused on medical technology startups. Among the companies he’s backed or founded: ESC Medical (renamed Lumenis), Syneron Medical, RealView Imaging and Alon MedTech Ventures. He invented Intense Pulsed Light, a non-invasive technology for various dermatological and ophthalmology treatments. Along with Jashek, Alon Ironi and Slava Barabash, he is a cofounder (and now active chairman) of Theranica.

Headaches are, unfortunately, big business. The Migraine Research Foundation estimates that migraines are the third most prevalent illness in the world. In the US, migraines impact 12 percent of the population (18% women, 6% men).

Several American med-tech companies are in this crowded field. Thirty Madison raised $15 million in 2018 for a tool that tracks migraine incidents and offers virtual consultations with doctors; Healint’s Migraine Buddy tracker is being tested by pharma giant Novartis to see whether chronic migraines induce anxiety and depression; Gammacore makes an FDA-approved device that electrically stimulates the vagus nerve to block migraine pain signals; and Cefaly has an FDA-approved device that delivers micro-impulses to the trigeminal nerve. The latter two are more cumbersome than Theranica’s device.

One of the most promising – and potentially permanent – treatments for migraine suffers is occipital nerve stimulation, where a small pulse generator is surgically implanted at the base of the skull to send pain-relieving electrical impulses to the brain. But the technique is invasive and can cost tens of thousands of dollars.

Theranica’s device will be significantly less expensive and can be applied at home. No major side effects have shown up during clinical tests, Jashek adds.

Could CPM could be used for other types of pain beyond migraines, since CPM doesn’t require direct stimulation to the part of the body where the pain is?

Absolutely, Jashek says, as long as the pain is of a similar acute nature. “We won’t be able to address general chronic issues like back or muscle pains,” he tells ISRAEL21c.

UNCOVER ISRAEL - Get the ISRAEL21c
Weekly Edition free by email
Sign Up Now!
Bring Israel's story to life.
Millions of people around the world rely on us to gain a deeper understanding of Israel. We are the trusted source for original content you won't find anywhere else.
You can make a difference. Donate today to support journalism that brings Israel’s story alive.
SUPPORT ISRAEL21c
Read more on:   Health, Migraines, Theranica