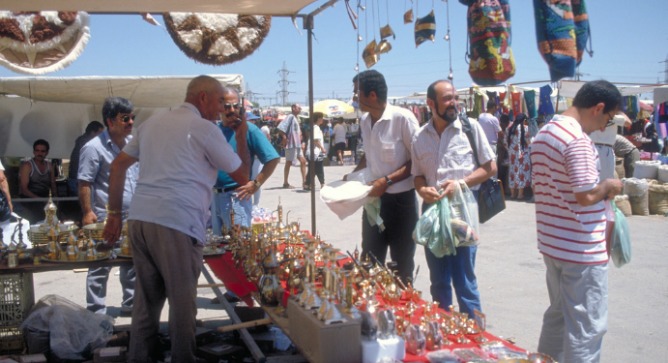 Beersheva is the unofficial capital of the Negev Desert, where the biblical Abraham dug the well that gave the city its name about 3,700 years ago. But it has never been a prime tourist destination, especially not for English-speakers.

British émigré and sculptor Hannah Rendell is on a mission to change that.

Last year she founded the Be’er Sheva Art Experience (B7) to lure tourists into her adopted hometown’s Old City, where the municipality recently has spent $10.5 million on renovations.

“Currently, Beersheva doesn’t have much tourism,” Rendell tells ISRAEL21c. “Because there isn’t a lot available in English about Beersheva, travelers have a misconception that there isn’t enough to do here, but there is. We need tourists to come and show interest to get things moving.”

While Rendell’s main focus is the Negev Museum of Art and private art galleries, City Hall and the Tourism Ministry also are working earnestly to put Beersheva on the map. A new tourist and information center opened here in 2009. 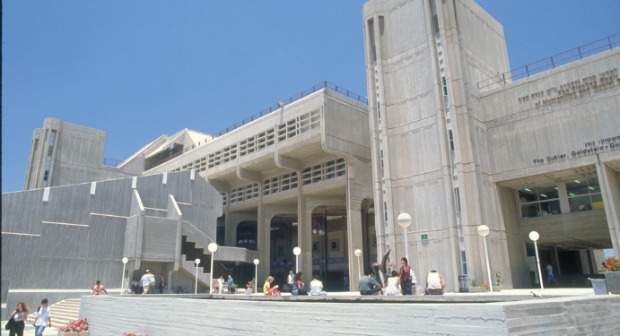 It may sound counter-intuitive, but Mayor Ruvik Danilovich has a master plan to brand this desert capital as Israel’s “Water City” by installing public fountains and a manmade beach. (Hey, it’s already got the sand, so why not add surf?)

Israel’s largest, and “greenest,” shopping mall is now under construction in Beersheva. The 115,000-square-meter facility will have pools for collecting rainwater and lighting generated by solar panels on the roof. An enclosed Farmers Market and new central bus station/shopping center are also planned.

As part of its Blueprint Negev project, Keren Kayemeth LeIsrael-Jewish National Fund (KKL-JNF) is completing the final stages of the 900-acre Beersheva River Walk, to include hiking and biking trails, a botanical garden, sports arena and amphitheater, promenades and eateries, and a boating lake filled with purified wastewater from the river.

Meanwhile, the new Round Be’er Sheva Trail made headlines for winning third prize in the European Ramblers Association’s 2012 ECO-Award competition.

This ring trail, Israel’s only hiking and biking path built on an urban-environmental model, brings walkers and cyclists past residential neighborhoods, business areas and tourist spots such as the Negev Brigade Monument, the Negev Zoo, the Beersheva River and the Beit Eshel historical site, as well as Tel Beer Sheva National Park, a UNESCO World Heritage Site where people can explore archeological finds going back to the fourth millennium BCE.

B7 offers one- and two-day art and photography workshops and tours for groups coming to Israel. So far, about 1,000 people have taken part. “We believe art is the best way to show people the city and to help the city grow and develop,” Rendell says.

“For a day of activities, I’d recommend to start by walking around the Old City and looking at its buildings. Beersheva is the only city that the Ottomans built, and many of the original buildings are still intact.” The Beersheva Negev Brigade Monument and the old Turkish train station, built in 1915, are must-sees. 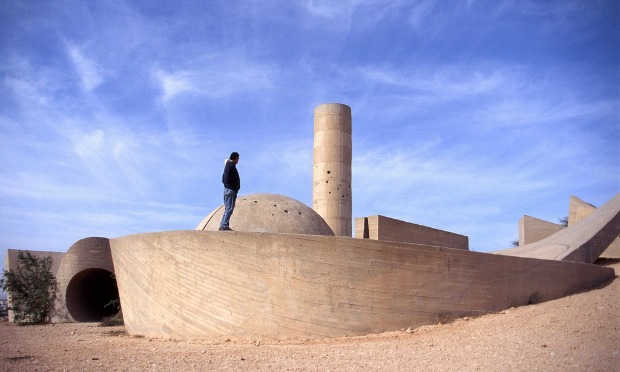 The Negev Museum of Art, originally home of the Ottoman governor and then City Hall, was built in 1906 next door to the Old Mosque, now an exhibition space. Following extensive renovations in 2004, the museum contains two galleries and performance area for concerts. Guided tours are given Wednesdays at 5pm and Saturdays at 11am.

A classic tourist stop in Beersheva is Abraham’s Well. Though it may not be the exact spot where the patriarch dug the Well of the Oath (Be’er Sheva) as part of a peace pact with the local monarch Abimelech, it does symbolize the fact that Abraham’s Jewish and Muslim descendants continue to live together in the modern city and its suburbs. Newer immigrants from Sudan, Ethiopia and Russia bring the population to about 195,000.

For an up-close encounter with the Arab Bedouin culture of Beersheva, Rendell suggests the Bedouin market, open every Thursday since 1905. Bedouin vendors and merchants from the neighboring villages sell copper products, glassware, jewelry, woven crafts and rugs, clothing, footwear, and food. 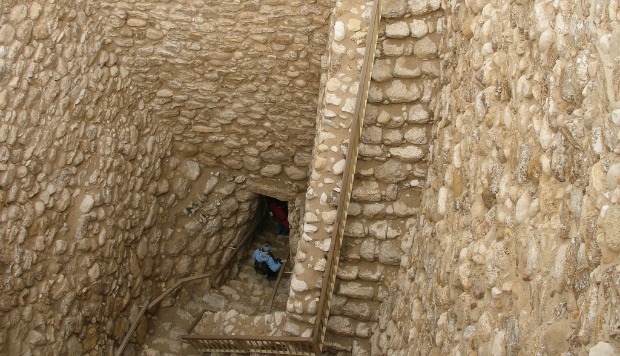 At the Center for Ethiopian Craftsmanship, new immigrant women practice the ancient earthenware, embroidering, sculpting and straw handicrafts of their home villages.

What to do in Beersheva at night

Trendy nightlife ordinarily makes one think “Tel Aviv,” but 60 minutes away in Beersheva is where you’ll find The Forum, the biggest nightclub in Israel. Upmarket restaurants, coffee shops and pubs are also popping up in the city, in part to cater to the college crowd from Ben-Gurion University of the Negev (BGU).

Just outside the BGU campus, student groups have taken a leading role in transforming Ringelblum Street into a national example of social justice and environmental responsibility in the workplace.

Restaurants, cafés and businesses on Ringelblum can earn a free “Community Covenant” (Tav Chevrati in Hebrew) seal of approval in return for their pledge to respect employees’ legal rights, practice environmental responsibility and provide accessibility to people with disabilities. Frequent street festivals bring a lively crowd in the evenings. 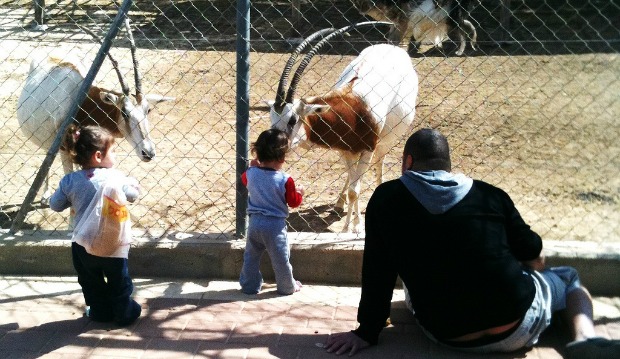 The Negev Zoo is one of the stops along the Round Beer Sheva Trail. Photo courtesy of Wikimedia Commons

Annual musicals are staged in English by the Light Opera Group of the Negev. “Beauty and the Beast” is scheduled to run in February and March. Classical music is performed by the Israel Sinfonietta of Beersheva, which recently held its first Beethoven marathon.

Staying overnight? The four-star Leonardo Negev is the only major hotel in the heart of the city. However, there’s also the Beit Yatziv B&B guest house in the Old City, and other accommodations within a few miles of Beersheva.

UNCOVER ISRAEL - Get the ISRAEL21c
Weekly Edition free by email
Sign Up Now!
Bring Israel's story to life.
Millions of people around the world rely on us to gain a deeper understanding of Israel. We are the trusted source for original content you won't find anywhere else.
You can make a difference. Donate today to support journalism that brings Israel’s story alive.
SUPPORT ISRAEL21c
Read more on:   Beersheva, Opera, Negev, See Israel, Travel, Nightlife in Israel, water