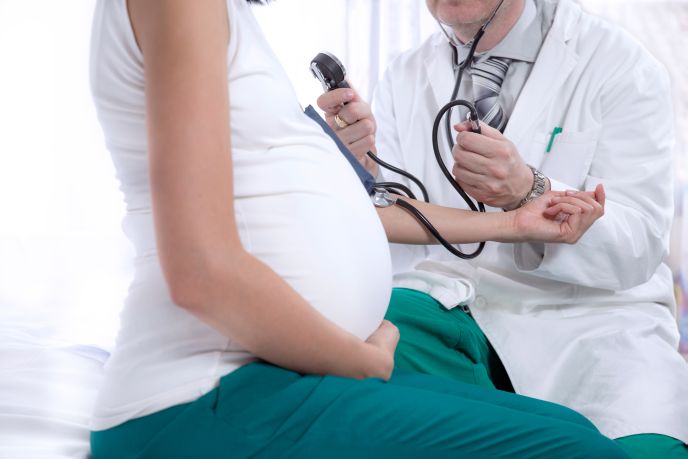 You can blame poor lifestyle choices for the rapid worldwide increase in type 2 diabetes, but what about a similar rise in the less common and more serious type 1, formerly known as “juvenile” diabetes? A study from an Israel Prize laureate suggests that a virus could be triggering the autoimmune disease before birth.

In a recent paper (published in Diabetic Medicine, Prof. Zvi Laron, director of the Endocrinology and Diabetes Research Unit at Schneider Children’s Medical Center of Israel, and head of the WHO Collaborating Center for the Study of Diabetes in Youth, presents evidence that a viral infection during pregnancy may spark the development of Type 1 diabetes in the mother’s genetically susceptible fetus.

He and international research collaborators from Israel (including the Hadassah Medical Organization), the University of Washington and Sweden’s Lund University tested 107 healthy pregnant women for islet cell autoantibodies — a sign of diabetes that appears years before initial symptoms show up. They also tested for anti-rotavirus and anti-CoxB3 antibodies.

The results pointed to evidence that viral infections contracted during pregnancy caused damage to the pancreas of the mother and/or the fetus. In their test subjects, they saw specific antibodies including those affecting the pancreatic cells producing insulin.

Furthermore, the scientists found the time of year to be a risk factor. During viral epidemics of winter months, 10 percent of the healthy pregnant women who had no family background of autoimmune diseases tested positive for damaging antibodies.

“We knew that Type 1 diabetes was associated with other autoimmune diseases like Hashimoto Thyroiditis, celiac disease and multiple sclerosis, so we investigated the seasonality of birth months for these respective diseases in Israel and other countries. We found that the seasonality of the birth of children who went on to develop these diseases did indeed differ from that of the general public,” said Laron, who gained international renown for discovering Laron Syndrome, also known as Laron-type Dwarfism, an autosomal recessive disorder characterized by an insensitivity to growth hormone. He won the Israel Prize for medical research in 2009.

“If our hypothesis can be verified, then preventive vaccine before conception would be useful in stopping the increasing incidence of Type 1 diabetes and other autoimmune diseases,” said Laron, a professor emeritus of pediatric endocrinology at Tel Aviv University’s Sackler Faculty of Medicine.

“There is no cure for this diabetes, so true intervention would be important not only medically but also psychologically and financially, as the costs of the lifelong treatment of this chronic disease and other autoimmune diseases are great.”

Laron and his international collaborators are currently raising funds to expand their research to include nearly 1,000 women and newborns.

Type 1 diabetes occurs when the immune system mistakes the insulin-making islet cells of the pancreas for “enemies” and destroys them. At the point when two-thirds of these cells are destroyed, the body no longer produces sufficient amounts of insulin. Israelis are doing world-leading research into approaches to fight this dangerous disease.