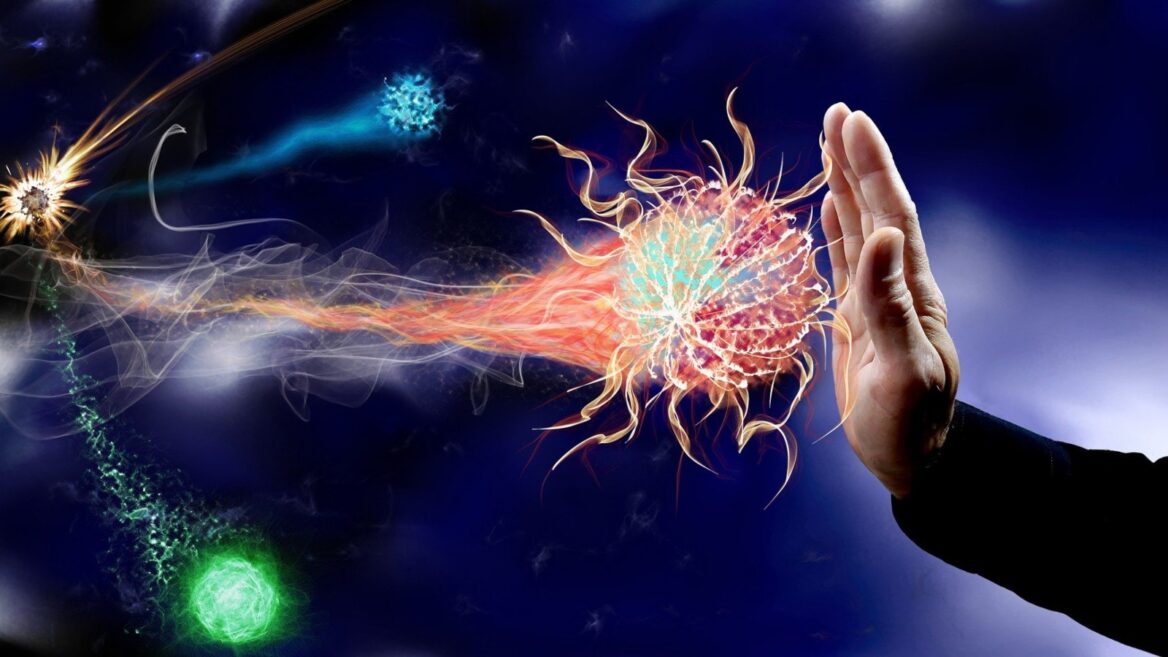 Image by Bruno/Germany from Pixabay

Scientists from around the globe finished mapping the entire human genome in 2003. It remains the world’s largest collaborative biological project.

But there’s another critical body system in need of mapping, especially in the Covid-19 era: the human immune system. Understanding how the body makes the most of its trillions of connected immune cells to fight disease may be key to ensuring the future health of the planet.

“Think of what we’re doing as something like Google Maps,” Luis Voloch, CTO and cofounder of Tel Aviv-based Immunai, tells ISRAEL21c.

“We have a very granular map that helps us understand where things are. We use this map to figure out where to take the immune system to make new drugs and genetic edits.”

Some of these new drugs will be developed in partnership; others are being cooked up in house. 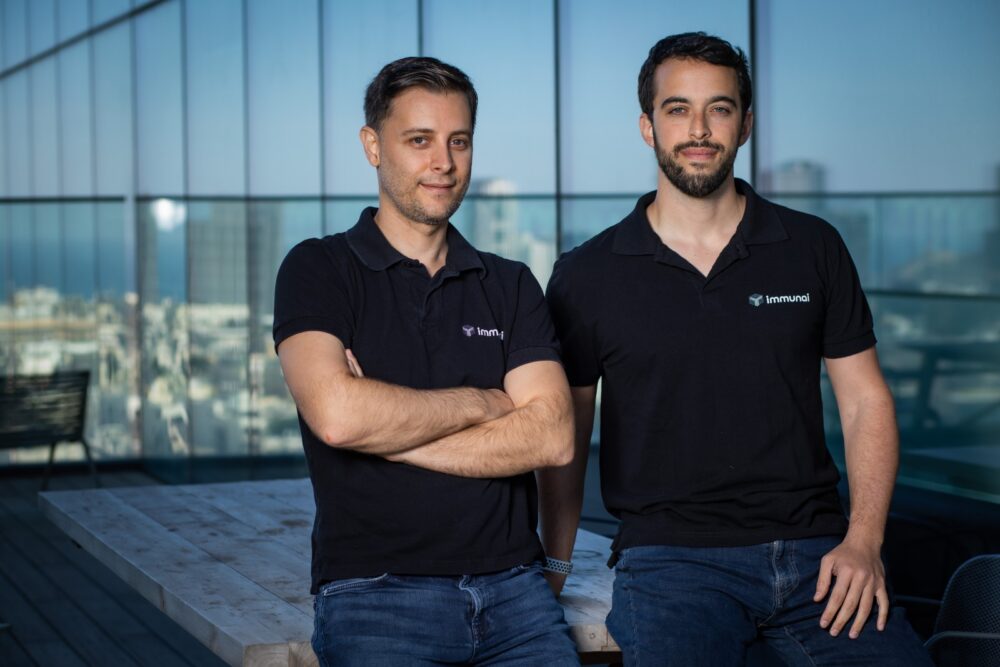 When it functions correctly, the immune system fights off infections. An overactive immune system can lead to autoimmune disease. When it dysfunctions, cancer can take hold.

The question that has vexed researchers for years is why immunotherapy, which harnesses the immune system to fight off pathogens, works for some people and not others.

“Identifying the right therapy for the right patient remains a challenge due to the tremendous complexity of the immune system,” Voloch says.“What we don’t know still far outweighs what we do.”

Immunai clearly has its work cut out for itself.

For some of its first treatments, Immunai is working with CAR-T cells, which have proven successful for treating certain blood cancers.

T-cells, along with antibodies, are among the main components of the immune system. Taking T-cells from a cancer patient and engineering them with a synthetic receptor can kill the cancer cells. The “CAR” part (it stands for “chimeric antigen receptor”) guides the engineered T-cells to the tumors.

The first step of the process, Voloch explains, “is for us to break down the cells into different cell types. The immune system has dozens of different players that perform various functions. Some are on the look-out for invaders. Others are the actual killers that defend the body from what shouldn’t be there.

“So, first, we figure out which characters we’re seeing when we ‘read’ a cell. After that, we can understand how these characters play together. We look for patterns: patients that respond well to certain drugs versus those that don’t. Do the latter have a specific pattern that the former don’t that will give us an idea for new drugs?”

Turning the chemical components in the immune system into code is no easy task.

“We have billions of molecules that we convert into bits on the computer,” Voloch says.

Cells are encapsulated into a little droplet of oil; each droplet has a sort of barcode. That’s how you generate the long sequences of numbers and letters that stand in for the actual DNA, RNA and proteins in the body.

Immunai’s database is growing rapidly with the aim to create “not just one or two drugs in five years but dozens of drugs in 10 years.”

One of those possible drug candidates is based on CAR-NKT (natural killer T) cells to treat neuroblastoma, a cancer of certain nerve tissues. Results of the first in-human trial of CAR-NKT were published in Nature Medicine.

Thinking outside the box

“Israelis don’t like working in a way where they can’t think outside of the box,” Voloch points out. “This is a breeding ground for multidisciplinary environments.”

The company has raised $80 million from TLV Partners, Viola Ventures, Dexcel Pharma, iAngels and others. Half the team sits in Tel Aviv, with the rest in New York and San Francisco.

“We’ve done hundreds of CRISPR edits already,” Voloch says. “We have a technology that can map out what edits can be done and optimize which to do. We hope it will reduce toxicity and increase a patient’s life.”

Immunai’s approach flips the typical drug development paradigm, which tends to look at one disease or a specific gene in isolation.

“At Immunai, we realized we should study all these immune-related diseases together, to find patterns to how the immune system fights cancer and autoimmune illnesses,” Voloch says.

“The same cell might play a role in different diseases. Or there might be different types of pathways that play similar roles. That’s the point behind Immunai – we can find these connections and accelerate the learning. Mapping the immune system is only the first half of the story. The second half is to use the map to reprogram the immune system.”

Immunai has been looking at the CAR-T cell function since day one.

“We have a validated target that we believe could be impactful for many drugs,” Voloch claims. The company is focusing on cancer and autoimmune conditions such as IBD (inflammatory bowel disease).

Cancer and IBD function in almost diametrically opposite ways.

“Cancer is when the immune system hits the brake pedal,” Voloch says. “In autoimmunity, the body hits the accelerator.”

Voloch says he is especially excited about how Immunai’s database could help find much-needed treatments for autoimmune diseases.

Voloch, 30, grew up in Brazil before getting his master’s degree in electrical engineering and computer science from the Massachusetts Institute of Technology. After moving to Israel, he worked for genealogy startup MyHeritage before meeting Noam Solomon, Immunai’s CEO. He and Solomon cofounded the company in 2018.

We can’t conclude an article written in 2021 about the immune system without reference to Covid-19. During the pandemic, Immunai collaborated with Tel Aviv University to develop a corona-cocktail that leveraged Immunai’s insights on how different immune cells would react in different Covid patients.

“Immunai is a fusion of cancer immunotherapy on one side and artificial intelligence on the other,” Voloch says. “AI was the kid in the back of the classroom for decades. People didn’t think there was a way to classify images the way AI can do now.”

The same was true of immunotherapy, which was not taken seriously until James Allison and Tasuko Honjo received the 2018 Nobel Prize for their breakthrough work.

Voloch hasn’t won a Nobel Prize yet, but Immunai was named one of the most promising companies of 2021 by the Israeli business journal Calcalist. It was recognized again in 2021 as part of Fast Company’s World Changing Ideas Awards.

“We feel that we’re building the bio-pharma company of the future,” Voloch states. “Data and software are driving the change. An experiment must always be treated as long-term data. That’s different than how traditional pharmaceutical companies use data. This kind of technology mindset is our core cultural differentiation.”

For more information on how Immunaiis speedily mapping the immune system, click here.

UNCOVER ISRAEL - Get the ISRAEL21c
Weekly Edition free by email
Sign Up Now!
Bring Israel's story to life.
Millions of people around the world rely on us to gain a deeper understanding of Israel. We are the trusted source for original content you won't find anywhere else.
You can make a difference. Donate today to support journalism that brings Israel’s story alive.
SUPPORT ISRAEL21c
Read more on:   Health, Immunai, immunotherapy, Cancer, Autoimmune disease