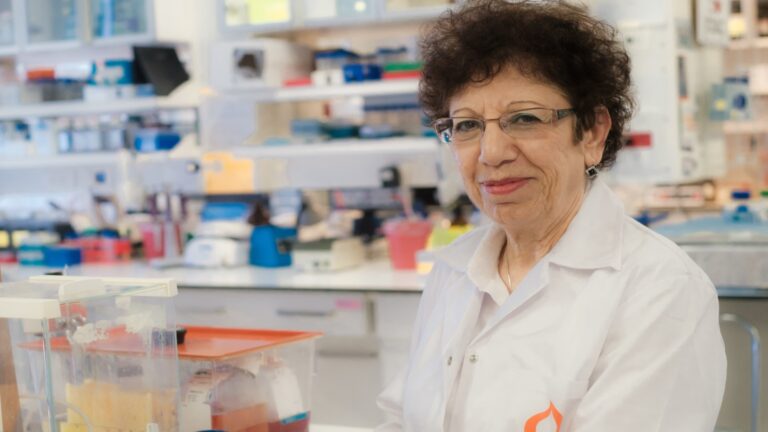 Israeli researchers and stateside colleagues have recently discovered a way to prevent the release of DNA associated with the development of lupus, an autoimmune disease affecting 5 million people around the world.

The researchers identified the pathway through which“pro-cell death proteins” and mitochondrial DNA exit cells – a process that triggers autoimmune diseases –and created a molecule to block this route.

The molecule, called VBIT-4, was created by Prof. Varda Shoshan-Barmatz of Ben-Gurion University and the National Institute for Biotechnology in the Negev.

She tested the discovery on mouse models of lupus with Dr. Jay Chung from the US National Institutes of Health. Their research was recently published in the Science journal.

The pathway that the researchers identified is called mitochondrial protein voltage-dependent anion channel (VDAC1). In some autoimmune diseases VDAC1 is over-expressed, meaning that a large pore composed of several VDAC1 units is formed, allowing the release of pro-cell death factors and mitochondrial DNA.

The researchers used VBIT-4 to prevent the formation of this large pore and the subsequent release of pro-cell death factors associated with diseases such as Alzheimer’s and Parkinson’s, as well as the mitochondrial DNA associated with lupus.

“Our breakthrough is identifying a new pathway for the exit of mitochondrial DNA that we can either trigger under controlled conditions or inhibit using our novel molecule that we specifically developed to prevent the formation of this pathway,” said Shoshan-Barmatz.

“Since the results thus far with lupus have been so promising, we believe that the molecule will be beneficial with regard to other diseases such as Alzheimer’s, Crohn’s and ulcerative colitis – as our preliminary results already support,” she added.