According to the American Heart Association, the number one problem in treating illness today is getting people to take their medication in the right way. About half of prescription drugs are simply not taken as prescribed, and in the United States it’s estimated that 10 percent (30% in the over-65 group) of all hospital admissions result from non-compliance.

This a niche that new Israeli technology company Vaica aims to address with a programmable “smart” pillbox that can be filled by hand or preloaded at the pharmacy.

Vaica’s SimpleMed is a cloud-communicating device that can be programmed for seven days a week, at four different intervals throughout the day. It sends flashing light and sound reminders when a pill needs to be taken, and if desired can alert primary caregivers or the Vaica call center when a pill is skipped. After a slot has been opened and the contents removed, the pill is registered as taken.

When paired with other Bluetooth-enabled devices such as glucose, weight or heart rate monitors, SimpleMed acts as a transformative medical device to help manage healthcare from home – giving people extended levels of independence and an improved quality of life.

He tells ISRAEL21c that health-monitoring devices are like indicators and gauges on the automobile. Without knowing how often a patient is taking prescribed medication, if at all, doctors can’t rely on those devices to help determine what strategies to take.

“All of a patient’s vital signs can now be cross-referenced and compared to their medical records, letting doctors intervene before a patient’s health deteriorates,” he says. 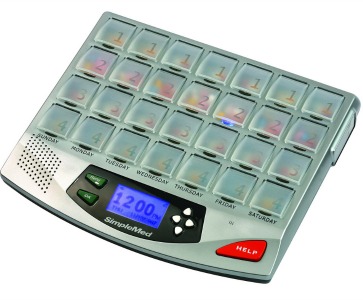 The SmartMed screen can be programmed to deliver customized messages to patients in need of special reminders: “Take me after a meal” or “with water” can be especially useful for people who might be taking five, 10 or 15 pills a day. The device can also be used as a two-way communication system to alert the call center of a medical emergency.

There are other automated pill dispensers on the market, but none as straightforward to use, and as “connected,” says Margalit, who notes that the user can choose to have the Vaica call center manage all the details remotely.

For its ease of use, Vaica’s platform has been chosen by McGill University in Canada to assure medical compliance in a six-center North American clinical trial on children’s kidney disease. Margalit says that the trial’s head started working with a competitor’s device and gave up as it was complicated to use and gave the young patients alerts at inappropriate times.

In one clinical study in Israel, compliance among chronic heart failure patients jumped from about 70% to more than 95% when SmartMed was introduced. Margalit is waiting to hear how this improvement contributed to the overall health outcomes of the patients.

Founded in 2007 with several million dollars in private capital, Tel Aviv-based Vaica is now seeking about $5 million to ramp up marketing and sales of its devices around the globe. The seven-person company currently has its first generation box on the market, which plugs into a phone jack for connectivity, but within the next few months it will unveil the next-generation wireless SmartMed. It will include an internal system that can automatically detect time zones and location changes for users on the go. 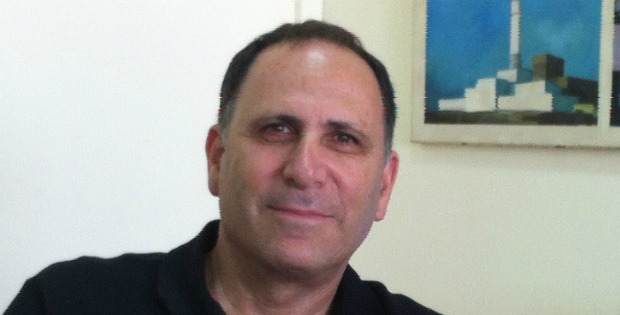 Later this year, the company will have another solution ready, one that works with pre-loaded blister packs from the pharmacy.

Each market in each country will be handled differently, but Margalit doesn’t envision selling to customers directly, rather to homecare provider companies, pharmacies or HMOs in the United States that have a direct interest in reducing healthcare costs resulting from hospital visits.

“This is a major threat to the healthcare system,” he explains. “About 125,000 people die every year from medication non-compliance. That’s three times as many people who die in auto accidents, but see how many billions are put into auto safety ads?”

With 19% of patients admitted to the hospital returning within 30 days, medicine compliance is a direct way that costs could be slashed in a meaningful way, Margalit says.