Photo by Rawpixel.com via Shutterstock.com

Israel, you may have noticed, is a young and energetic country, with about a fifth of its population aged between 18 and 34. It’s also a country with incredibly entrepreneurial young people, which might have to do with the fact that kids are entrusted with huge responsibilities at a very young age (think 12-year-old babysitters, 16-year-old youth group leaders and 19-year-old army commanders).

So it comes as no surprise that by the time they’re in their late teens or early 20s they’re absolutely owning it, whether in business, sports or culture. Take a look at some of our most promising young people to watch this upcoming year – they’re certain to leave us with our jaws dropped. For your convenience and amazement, we’ve listed them here in age order. When Maor Romem’s dad died in a work accident when she was a little girl, she discovered that volunteering and helping others brought her great comfort. Now 16, she’s channeled her do-good attitude to inspire other teens with her popular talks.

At the end of each talk, she asks her audience to think of ways in which they can volunteer and has already backed more than 40 groups volunteering in various fields such as beach clean-ups, visiting the elderly, blood and hair donations and hospital visits. With a growing network of likeminded young people, she is set out to make 2022 a whole lot better. 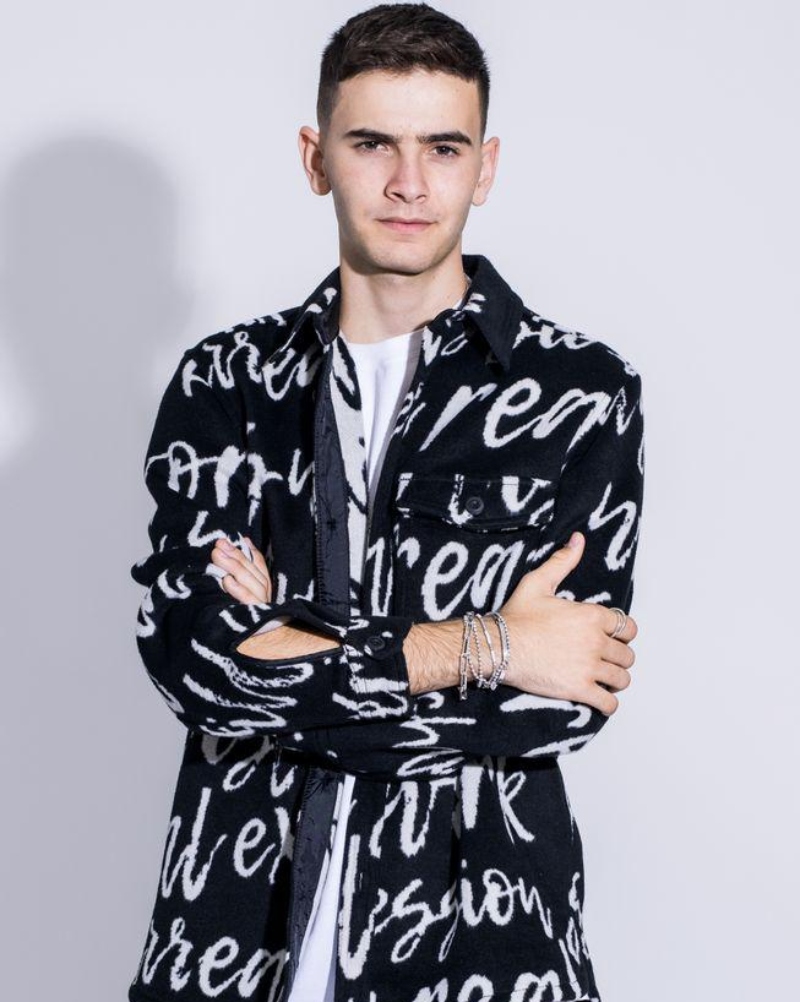 Perhaps the person with the coolest title on this list, 17-year-old Nevo Abutbul is the self-proclaimed youngest mentalist in the world. Following in the footsteps of other Israeli mentalist masters such as Uri Geller and Lior Suchard, Abutbul has already wowed TV audiences, carried out a Miami and LA tour and successfully recreated a drawing made by the Israeli prime minister in front of the cameras. As befitting his young age, he is currently focused on completing his matriculation exams, and his next stop will be military service. Canteen spoons, beware! For 18-year-old swimmer Anastasia Gorbenko, 2021 was a truly golden year: she won seven gold medals at the European Championships and the Swimming World Cup, the most recent of which was presented to her in Abu Dhabi. The young swimmer also represented Israel at the Tokyo Olympics as part of the national swimming team, from which she unfortunately came back empty-handed. But at the rate she’s going, she’s going to have to get herself a new cabinet for all those medals this upcoming year.

Asaf Yasur, 19, made headlines in Israel when he brought home Israel’s first-ever para taekwondo gold medal that he won in the under-58 kg category at last year’s World Para Takwondo Championships. Yasur had both his arms amputated as a young boy after he touched a high-voltage cable, an accident which did not prevent him from branching out into a career as a professional athlete. While he didn’t make it to the Tokyo Paralympics last year, we have no doubt we’ll still be seeing him gracing podiums across the world in years to come. Makeup mogul Aline Cohen is one sharp young businesswoman with an inspiring story. Now 20, Cohen underwent a life-threatening bicycle accident as a young girl that left her in need of long rehabilitation and a big scar on her head, the latter prompting her interest in makeup and, later on, also in YouTube makeup and lifestyle tutorials.

Fast-forward to the grand old age of 15, and Cohen established her own makeup company whose lipsticks were sold out across the country. She has since become a household name in Israel and plans to branch out into the international cosmetics market. Kylie Jenner, watch out.

Noa Kirel is one of our absolute favorite superstars, and there’s a good chance that this year she’ll become one of yours, too.

The Israeli pop sensation, 20, recently signed with American record label Atlantic Records and has already released three international songs – “Please Don’t Suck,” “Bad Little Thing” and “Thought About That” – meaning that she’s likely going to hit a radio station or headphones near you.

In Israel, Kirel has masses of fans of all ages, who all admire her kick-ass attitude, body positivity and empowerment messages. As well as her incredibly catchy tunes, obviously.

If Dorit Revelis looks familiar, it might be because you’ve seen her on a billboard near you. The international model, 20, has already led campaigns and walked the runways for Calvin Klein and Miu Miu and has rubbed shoulders with the modeling world’s elite.

Looking forward, Revelis reportedly is interested in branching out into acting, as well as to completing what most young women her age in Israel are eager to do – going traveling on their post-army trip. With a few modeling stopovers in between, of course.

The oldest person on this list – having just celebrated his 21st birthday – basketball player Deni Avdija is one of Israel’s proudest exports. Avdija started out his professional career with local club Maccabi Tel Aviv and now regularly stars in the NBA with the Washington Wizards, where each point he scores receives extensive national media coverage back home. Covid and injuries permitting, we foresee some more wonderful season for him ahead.

UNCOVER ISRAEL - Get the ISRAEL21c
Weekly Edition free by email
Sign Up Now!
Bring Israel's story to life.
Millions of people around the world rely on us to gain a deeper understanding of Israel. We are the trusted source for original content you won't find anywhere else.
You can make a difference. Donate today to support journalism that brings Israel’s story alive.
SUPPORT ISRAEL21c
Read more on:   Noa Kirel, Deni Avdija, Culture, People, Aline Cohen