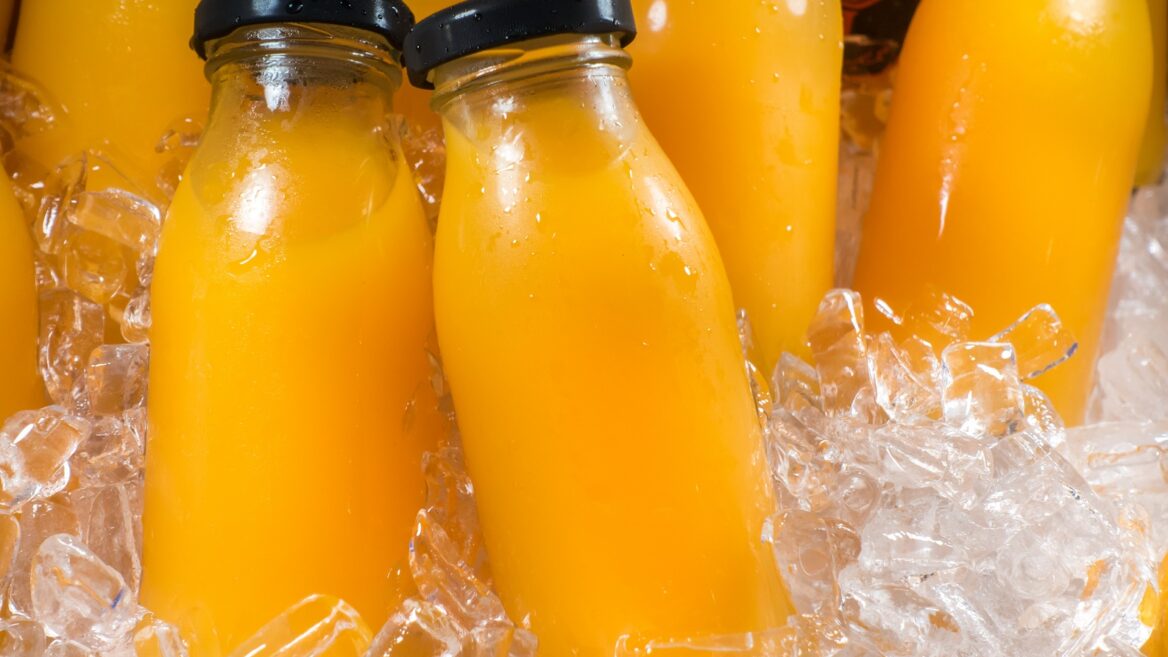 Orange juice with reduced sugar is the goal of Better Juice. Photo: courtesy

Like Adam and Eve in the Garden of Eden, many of us are tempted by sweets – especially at home during the pandemic.

But while Eden’s sweets were in the form of whole fruit, we moderns consume an alarming amount of refined sugars that are hidden in three-quarters of all packaged foods and beverages.

Our bodies weren’t designed to handle all that white stuff. It doesn’t only make us obese. Study after study has linked added sugars, especially from sugar-sweetened beverages, to the development of type 2 diabetes.

This connection is more problematic than ever, as obesity and diabetes have been found to be substantial risk factors for severe Covid-19. They both cause inflammation and impaired immunity.

Given that 42 percent of Americans are obese and nearly 11% have diabetes, a US government committee recently recommended that added sugars should comprise no more than 6% of daily calorie intake.

Before World Diabetes Day on November 14, ISRAEL21c looks at revolutionary innovations to satisfy our sweet tooth with less sugar, and without non-nutritive substitutes like aspartame that come with their own health risks. Ilan Samish founded Amai Proteins after earning a PhD in biochemistry from the Weizmann Institute of Science and working for two decades in academia and protein research.

“Since 2016, we’ve known that the No. 1 non-communicable disease, accounting for most hospitalizations, is obesity and related metabolic and cardiovascular diseases. And that stems mainly from sugar overconsumption,” Samish tells ISRAEL21c.

“This is why I did the crazy thing of leaving my academic career and devoting my time to ‘curing’ the food we eat to prevent the diseases that result from it.”

Amai (“sweet” in Japanese) Proteins uses computational protein design and precision fermentation to turn a sweet plant protein found in equatorial shrubs into a white powder that is 10,000 times sweeter than sugar, with zero glycemic index.

Although a gram of protein and a gram of sugar have the same calories, 1 gram of Amai Proteins can replace 10 kilograms of sugar. That translates to virtually zero calories per serving. 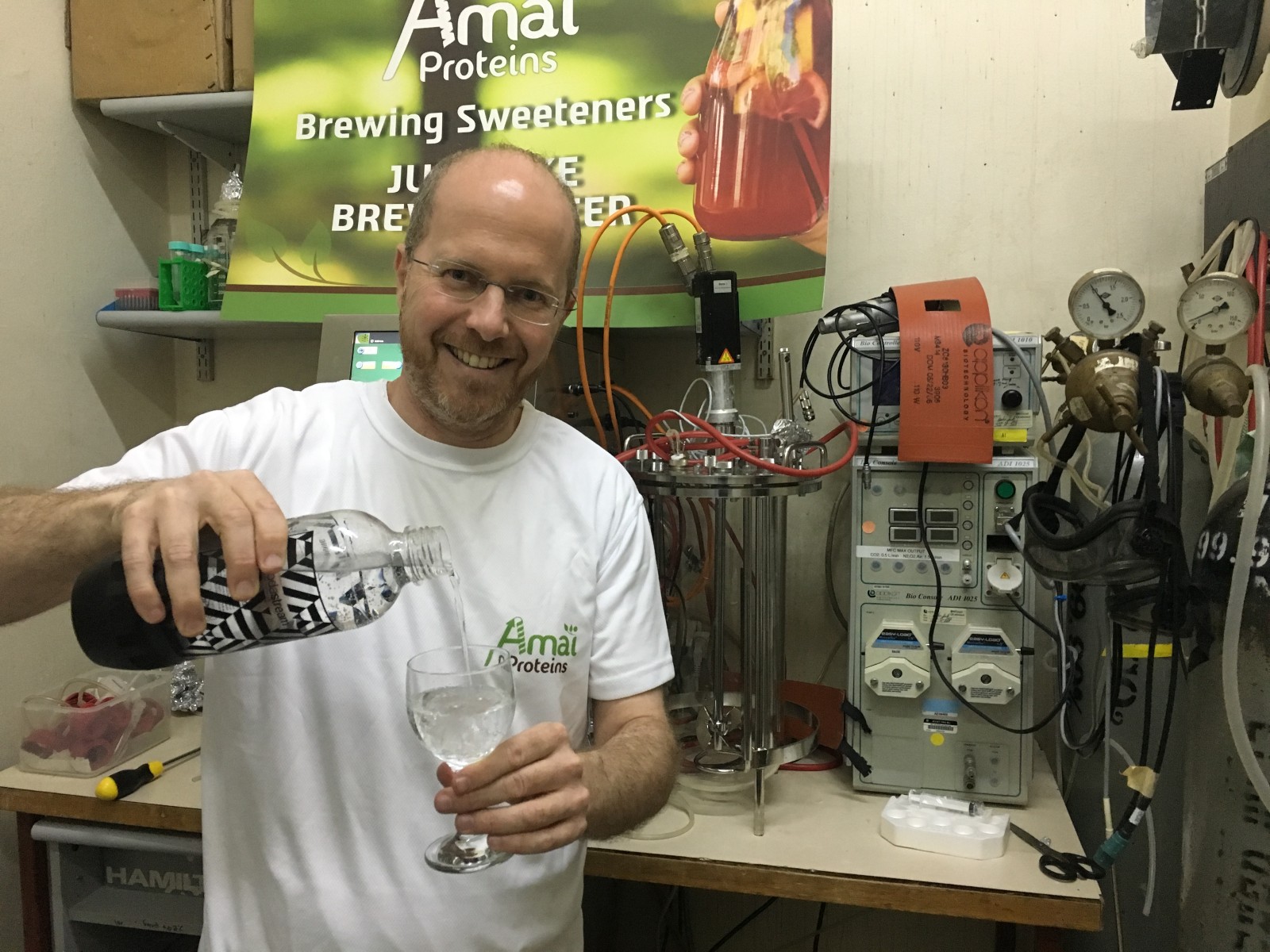 “We are the first to link ‘healthy’ to ‘sweetener.’ Our protein binds to the sweet receptors in the tongue just like any sweetener but has absolutely no interaction as a sweetener with the microbiome, liver and kidneys. It is digested to amino acids just like any protein,” Samish says.

Aiming to get Amai’s product into beverages and yogurts starting in 2022, food-engineering expert Prof. Yoav D. Livney from the Technion-Israel Institute of Technology is leading a consortium composed of Amai Proteins, PepsiCo, Danone and the Technion.

The consortium won two grants from the European Union’s EIT-Food initiative to support a two-year project in Livney’s lab. They’ll develop a microencapsulation-type technology to protect the sweet protein and perfect its taste profile so that the powder could replace sugar in high proportions.

“We do not have a single sweetener today that can replace more than 30% of sugar without sacrificing taste or health,” says Samish. “Right now, our protein powder can replace 35% to 80% of the sugar, depending on the product. Our collaboration with Prof. Livney will allow us to increase the reduction without hampering taste and sensory profile.”

DouxMatok’s Incredo is 99.9% sugar with a tiny grain of silica added to each crystal. This boosts the sweet sensation on taste buds — so much so, that the amount of sugar can be reduced by about half.

“Sales of sugar-laden products have shot up during the pandemic,” says Eran Baniel, Avraham’s son and the CEO of the company. “DouxMatok is at the epicenter as probably the only existing sugar-based sugar reduction solution.” 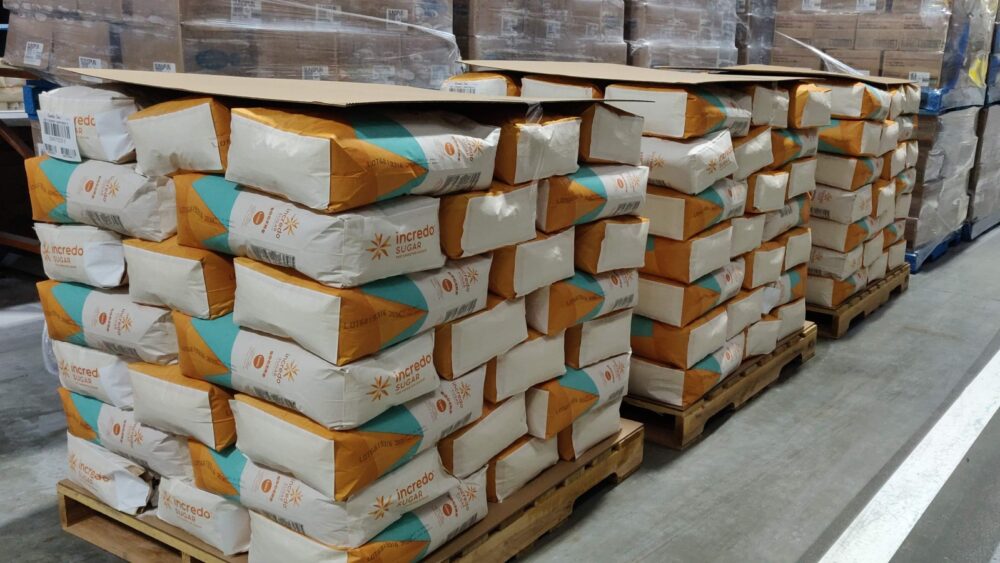 Incredo offers an attractive alternative to sugar substitutes, such as sucralose and aspartame, that consumers associate with an off taste and health concerns.

It is debuting in Israel, where many food manufacturers want to get sugar content below 9.8% to avoid a government-mandated red label warning. “Our first products are already on the shelf through the Piece of Cake bakery chain and others are coming up soon,” says Baniel.

In January, DouxMatok will be launched in North America inside products formulated in Israel and manufactured in the United States, in cooperation with Rogers Sugar of Canada.

That will be followed by further product launches in the US and then in the UK, where obesity is rising and the government is pressuring food makers to cut added sugar.

Incredo potentially can do more than replace sugar; it could also incorporate dietary fibers and proteins to add nutritional value without changing the flavor profile. 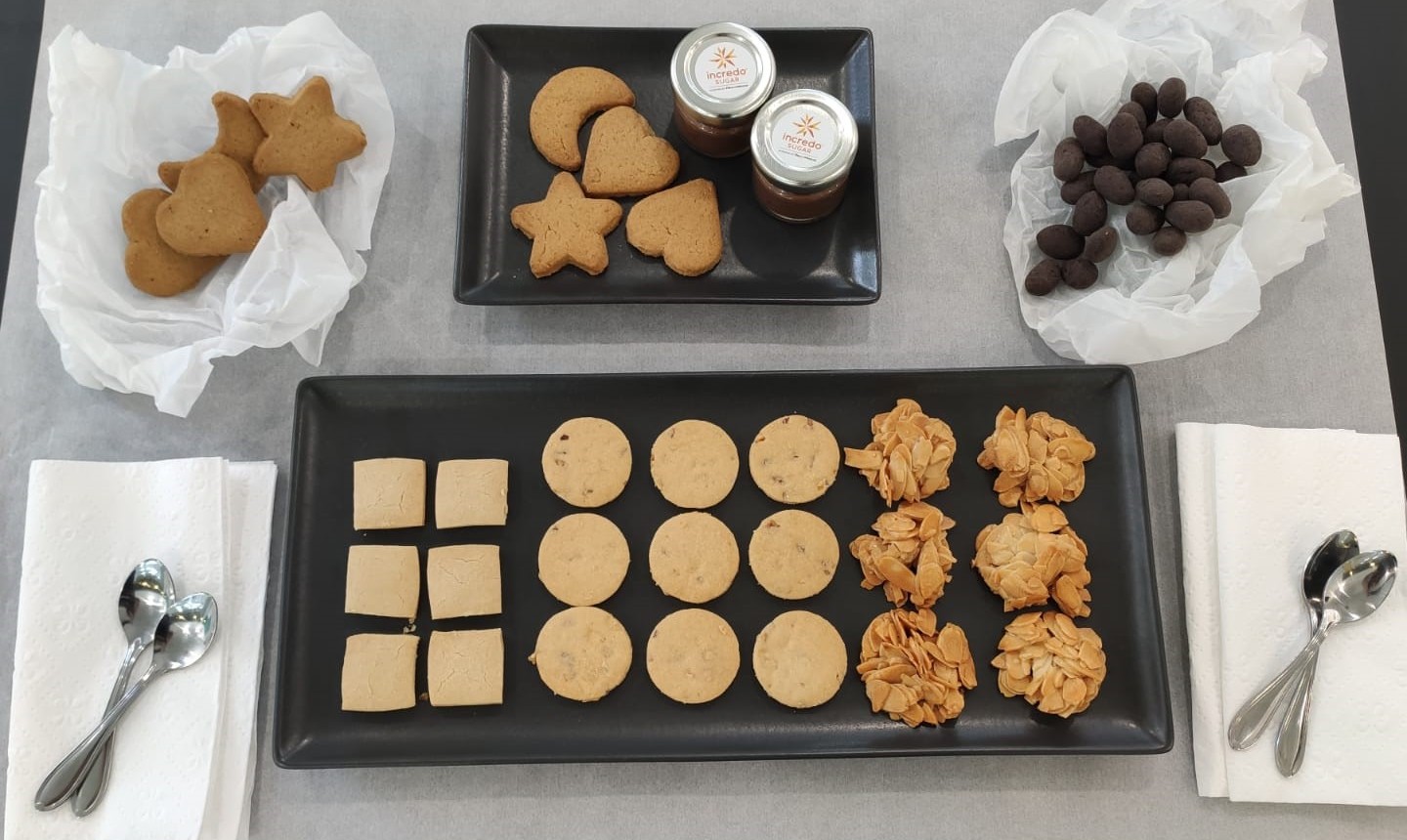 Cookies made with Incredo sugar. Photo courtesy of DouxMatok

Getting back to the Garden of Eden theme, Israel’s Gat Foods offers Fruitlift, an all-natural liquid composed of 90% fruit components, to replace table sugar fully or partially in breakfast cereals.

The sweet liquid could be added to different kinds of flour mixtures of puffed cereals in a variety of mild fruity flavors, or sprayed as a fruity flavored coating onto finished cereal. It could also be formulated without a fruit flavor. 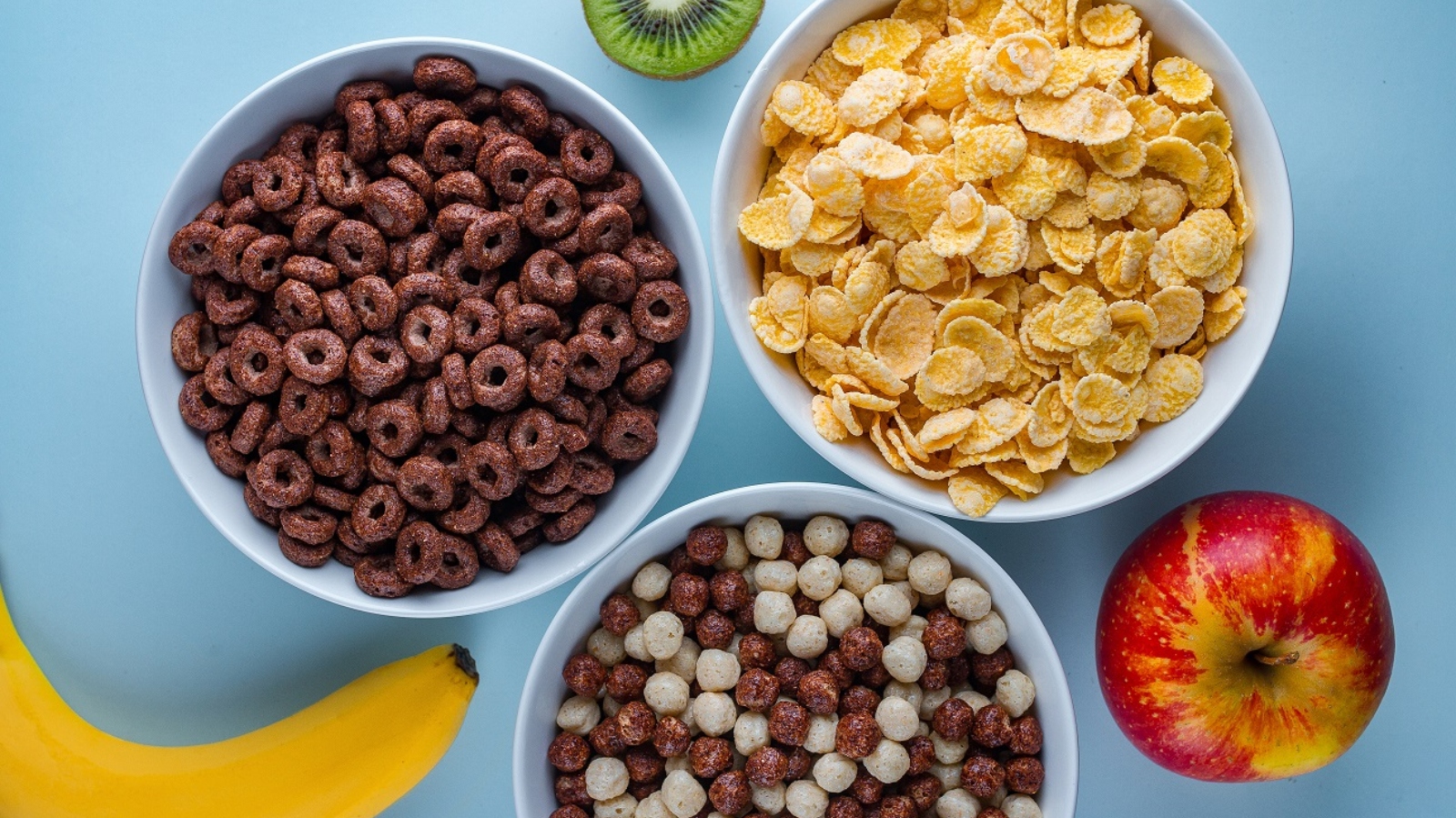 Fruitlift offers a fruity way for cereal makers to eliminate or reduce refined white sugar in their products. Photo: courtesy

As Gat Foods’ international marketing director told ISRAEL21c, people don’t want to give up sweet breakfast cereal but they are increasingly concerned that refined sugar makes up 15-40% of the product. Fruitlift contains only 10% sugar, and that is natural sugar from the fruit.

Fruitlift formulations can be designed according to different manufacturers’ needs, from no-sugar breakfast cereals to yogurt toppings. 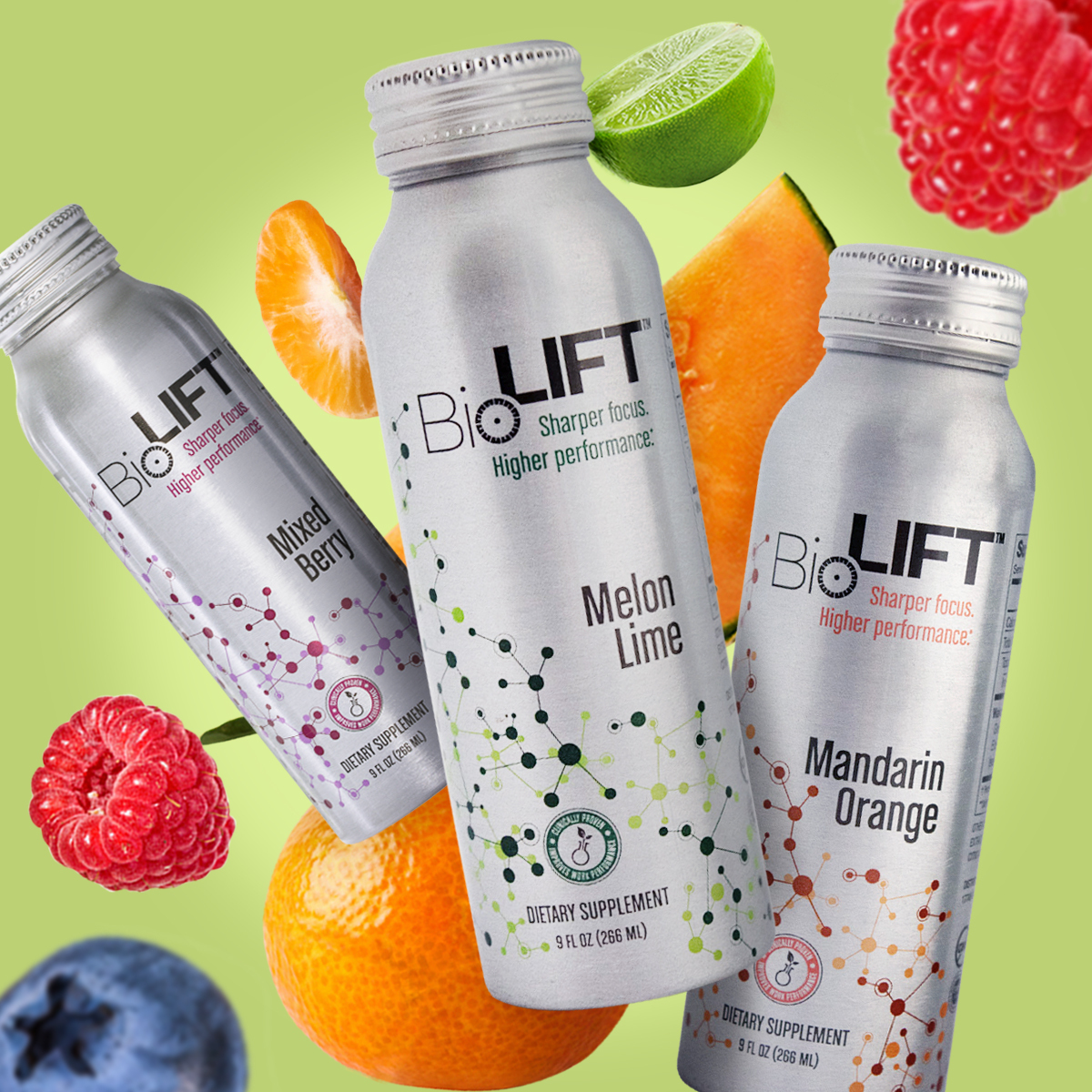 This low-caffeine, 41-calorie botanical energy drink — with ginkgo biloba, elderberry and guarana — contains 9 grams of added sugar from carob and apple extracts. (In comparison, Gatorade has 36 grams of sugar per serving and Red Bull has 27.)

“BioLift is the first beverage in the United States that is sweetened only by a low-glycemic carob extract designed to reduce [blood] sugar fluctuation,” says product developer Eli Faraggi.

Putting the squeeze on fruit-juice sugars Orange juice with reduced sugar is the goal of Better Juice. Photo: courtesy

Rehovot-based Better Juice, the first food-tech startup targeting the sugars in orange juice, is getting closer to market.

The company, incubated at The Kitchen food-tech hub by Strauss (as was Amai Proteins) has set up a pilot plant where potential partners can test it out.

Better Juice’s enzymatic technology converts fructose, glucose and sucrose into prebiotic dietary fibers and other non-digestible molecules. It can reduce up to 80% of simple sugar in orange juice, making OJ a low-cal but still sweet natural beverage.

“Juice and beverage manufacturers are increasingly aware of the need to reduce the sugar levels in their products before new labeling initiatives go into action. Our goal is to attain full industrial scale and supply to the market within a year.”

Better Juice was founded December 2017 by a team of biochemists and microbiologists from the industry and from the Hebrew University in Jerusalem.