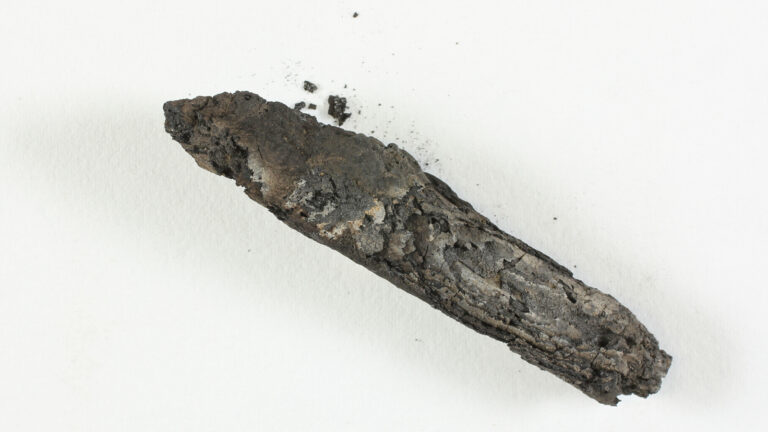 A burned 1,500 year old Hebrew scroll found in archaeological excavations at Ein Gedi, on the western shore of the Dead Sea, has been deciphered thanks to modern technologies including three-dimensional printing. The scroll, found to be a copy of the beginning of the Book of Leviticus, was discovered 45 years ago.

“The deciphering of the scroll, which was a puzzle for us for 45 years, is very exciting,” said Dr. Sefi Porath, discoverer of the scroll in the 1970 Ein Gedi excavations.

Researchers said the Ein Gedi parchment is the oldest scroll discovered from the Hebrew Bible since the Dead Sea Scrolls, which date back some 2,000 years ago. 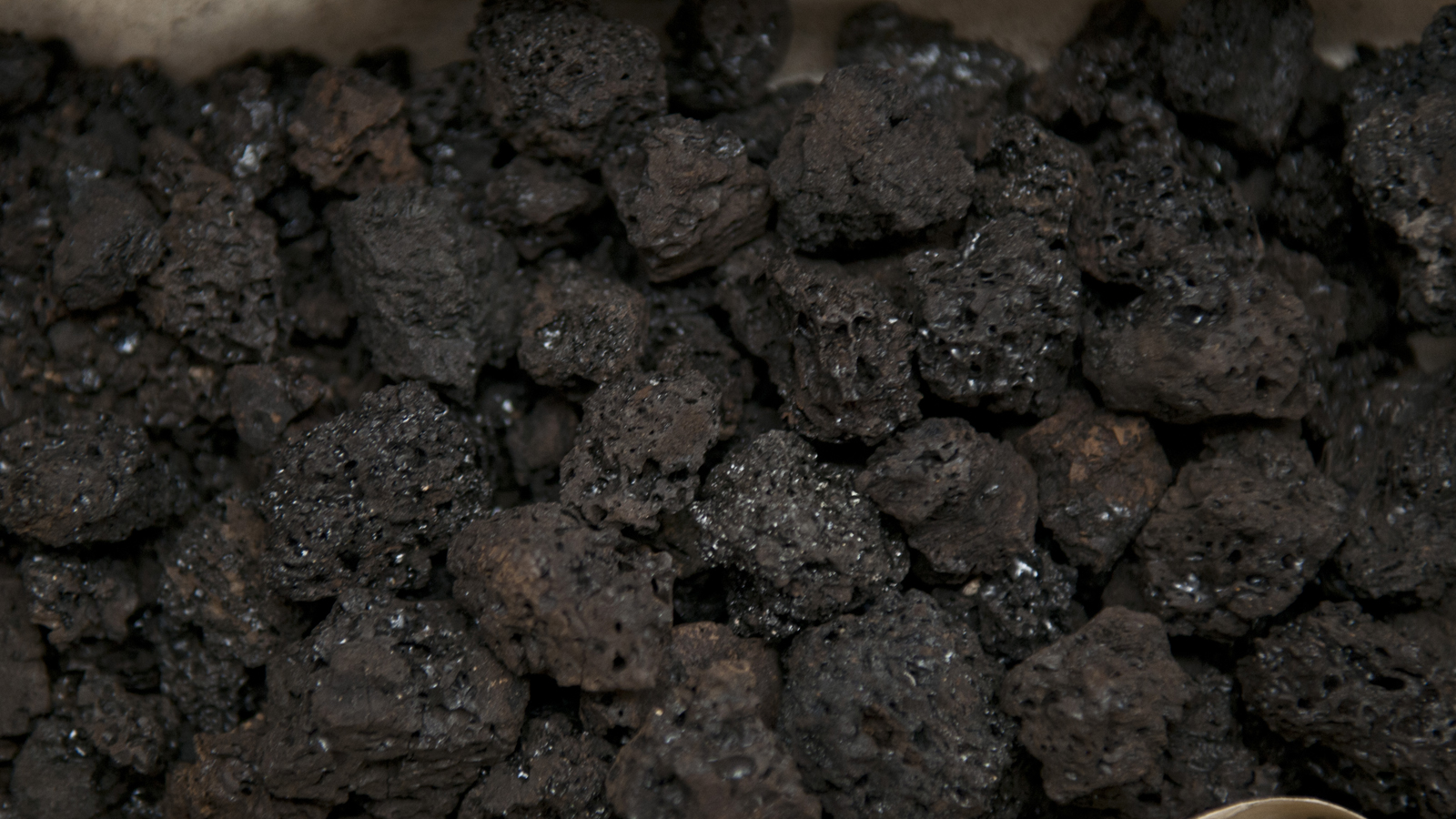 The parchment scroll was unearthed in 1970 in archaeological excavations in the synagogue at Ein Gedi, headed by the late Dr. Dan Barag and Porath. However, due to its charred condition, it was not possible to either preserve or decipher it.

The Israel Antiquities Authority has been cooperating with scientists from Israel and abroad to preserve and digitize the Dead Sea Scrolls. About a year ago Merkel Technologies Company offered to perform high resolution 3D scanning of some Dead Sea Scrolls fragments and phylactery (tefillin) cases by means of a Micro-CT scanner.

The fragment of the Ein Gedi scroll was scanned along with the phylacteries and phylactery cases.

The Israel Antiquities Authority then sent the outcome of these scans to Professor Brent Seales of the University of Kentucky who developed a digital imaging software which allows to virtually unroll the scroll and visualize the text.

“This discovery absolutely astonished us: we were certain it was just a shot in the dark but decided to try and scan the burnt scroll anyway. Now, not only can we bequeath the Dead Sea Scrolls to future generations, but also a part of the Bible from a Holy Ark of a 1,500-year old synagogue!” said Pnina Shor, curator and director of IAA’s Dead Sea Scrolls Projects.

The Ein Gedi scroll marked the first time that archaeologists had uncovered a Torah scroll in a synagogue. 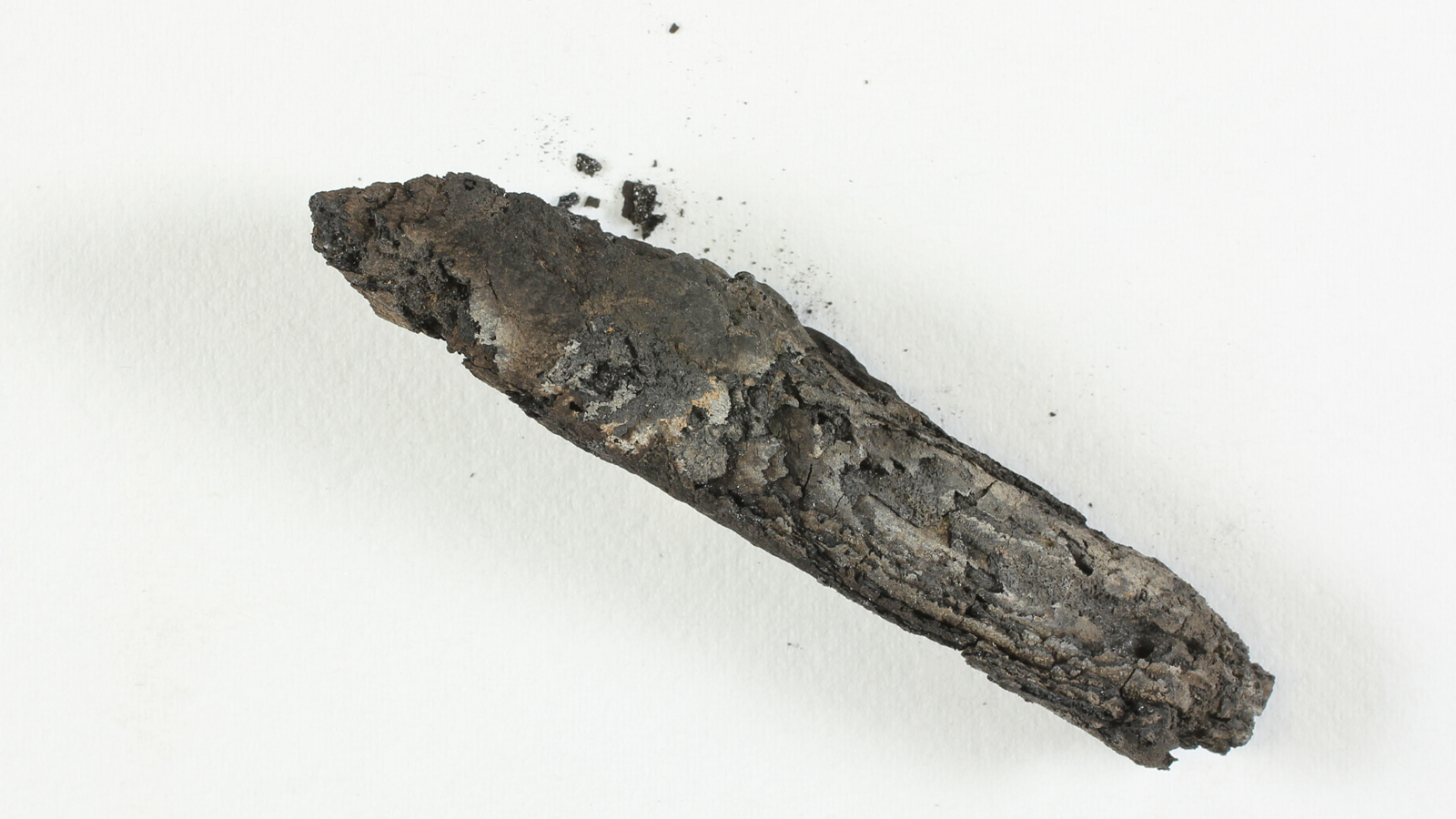 “Ein Gedi was a Jewish village in the Byzantine period (fourth–seventh century CE) and had a synagogue with an exquisite mosaic floor and a Holy Ark,” Porath said. “The settlement was completely burned to the ground, and none of its inhabitants ever returned to reside there again, or to pick through the ruins in order to salvage valuable property. In the archaeological excavations of the burnt synagogue, we found in addition to the charred scroll fragments, a bronze seven-branched candelabrum (menorah), the community’s money box containing c. 3,500 coins, glass and ceramic oil lamps, and vessels that held perfume. We have no information regarding the cause of the fire.”

UNCOVER ISRAEL - Get the ISRAEL21c
Weekly Edition free by email
Sign Up Now!
Bring Israel's story to life.
Millions of people around the world rely on us to gain a deeper understanding of Israel. We are the trusted source for original content you won't find anywhere else.
You can make a difference. Donate today to support journalism that brings Israel’s story alive.
SUPPORT ISRAEL21c
Read more on:   News, Dead Sea Scrolls, 3D printing, Israel Antiquities Authority