For the first time ever, a top-tier luxury company has invested in a lab-grown diamond company, and an Israeli one at that.

“We’re not the only company that can grow diamonds,” said Benny Landa, founder and chairman of Lusix, a unit of the Landa Group.

“They chose us because of the quality of our diamonds and because we’re known for being at the forefront of technology.”

In a recent (and rare) interview, Landa, 76, took time off from his busy schedule inventing, discovering, and disrupting major industries to talk to ISRAEL21c.

He spoke about his latest venture in lab-grown diamonds as well as his vision for the Landa Group, his innovative companies and his hopes for Israel 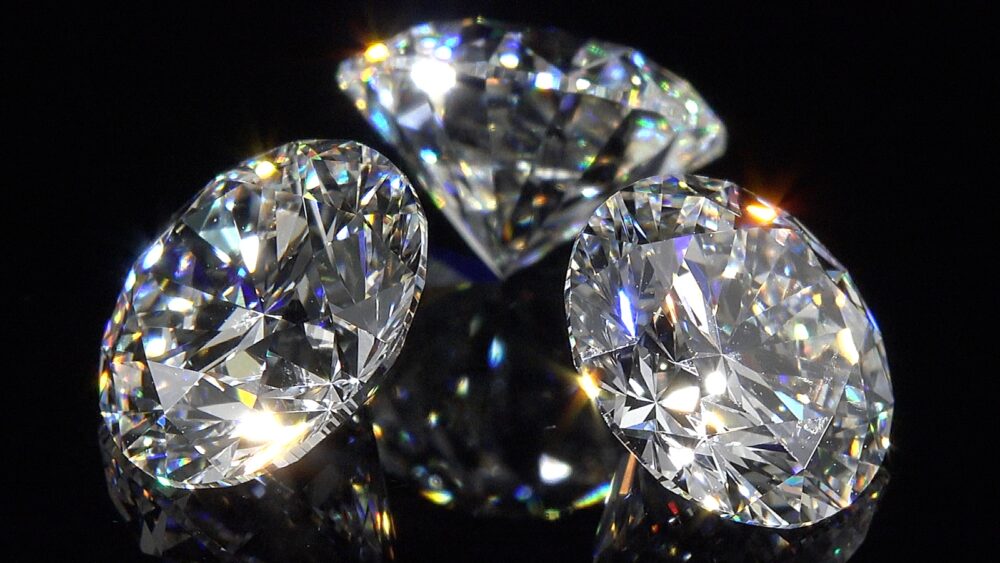 Landa is considered one of Israel’s top techpreneurs. Holder of more than 1,000 patents worldwide, he sold his first company, Indigo, a digital printing pioneer, to HP in 2002 for $830 million, which in those days was considered a huge amount of money.

His newest nanotechnology printing company, Landa Digital Printing, is estimated to be worth over $2 billion. Landa’s first company, Indigo, accounts for 0.5% of Israel’s GDP; his goal for his new ventures is to bring that to a total of 2% of Israel’s GDP — in his lifetime.

“Tag Heuer then chose Lusix,” Landa said, as if he never had any doubts.

“We can make changes only if we dare to question, to tread into new territory. It’s a combination of Israel’s culture and attitude that uniquely position Israelis to be disruptive.”

It takes millions of years for the earth to forge a diamond. In its raw form, it is carbon, formed under intense pressure and high temperatures miles under the earth’s surface.

Landa’s diamonds are made in reactors in a laboratory, using the same elements as nature, to produce diamonds in three to four weeks.

When I called them “synthetic diamonds,” Landa corrected me.

“They’re not synthetic. They’re made in a lab but they’re real diamonds, identical to mined diamonds,” he said.

He added, with a nod toward the Beatles’ song, that “Lucy in the Sky with Diamonds,” was the inspiration for the name of the company.

Better for society and environment

Landa said that today’s consumers are concerned both about the source of mined diamonds and their cost.

“We’re proud of the fact that our diamonds are good for society and the environment, and that they’re grown in Israel. We’re the start-up nation and that adds to the provenance,” Landa said.

Another draw to these lab-grown diamonds is that “100 percent of the energy used to make the diamonds is solar power.” All these facts put together give Lusix diamonds an added allure. 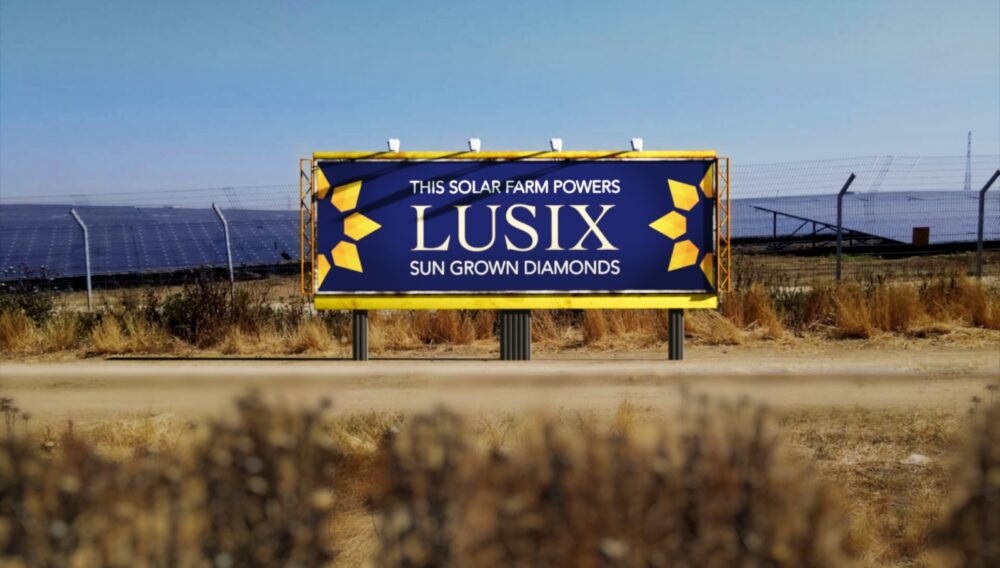 Lusix diamonds are produced with solar power. Photo by Dragan/Lusix

When consumers think of buying engagement rings or other diamond jewelry, they consider the size, quality and price of the stones. With lab-grown diamonds, consumers can get the same size and quality as earth-grown diamonds – at about half the cost.

Landa says lab-grown diamonds are especially attractive to millennials and Gen Z. He believes that supply and demand of mined diamonds will decline over the years. 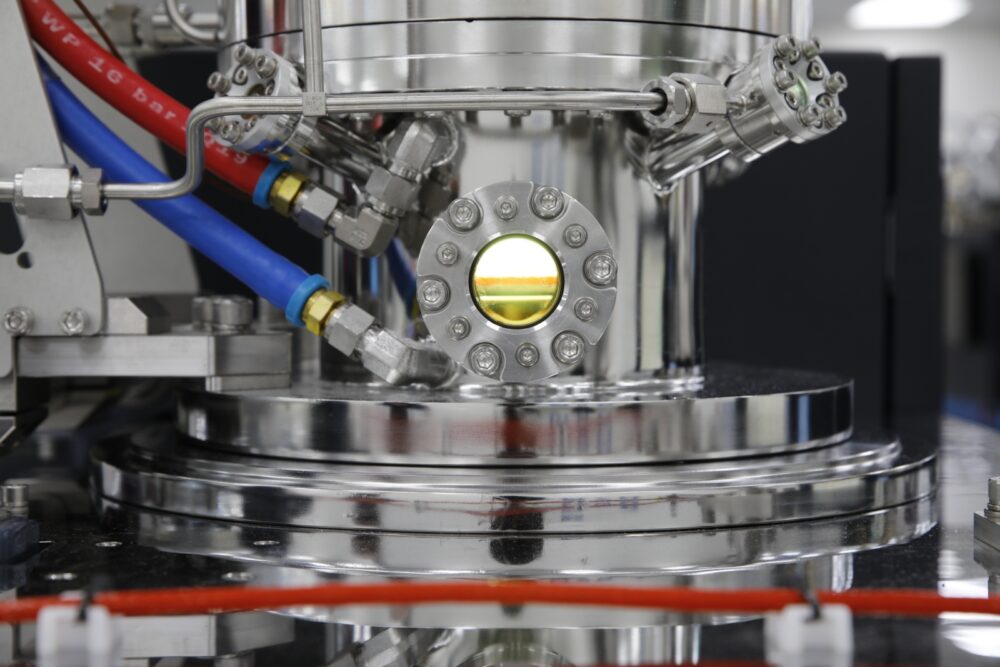 Lusix will also produce lab-grown diamonds for the semiconductor market.

“Diamonds are more thermally conductive than copper, making them the number one heat-spreader,” he says. “At the same time, they are excellent electrical insulators and can be made into semiconductors.”

Landa’s end-game is to replace the silicone currently used as semiconductors with his lab-grown diamonds. “Quantum computers would be revolutionized if their semiconductors were made of diamond,” he says.

Son of a survivor 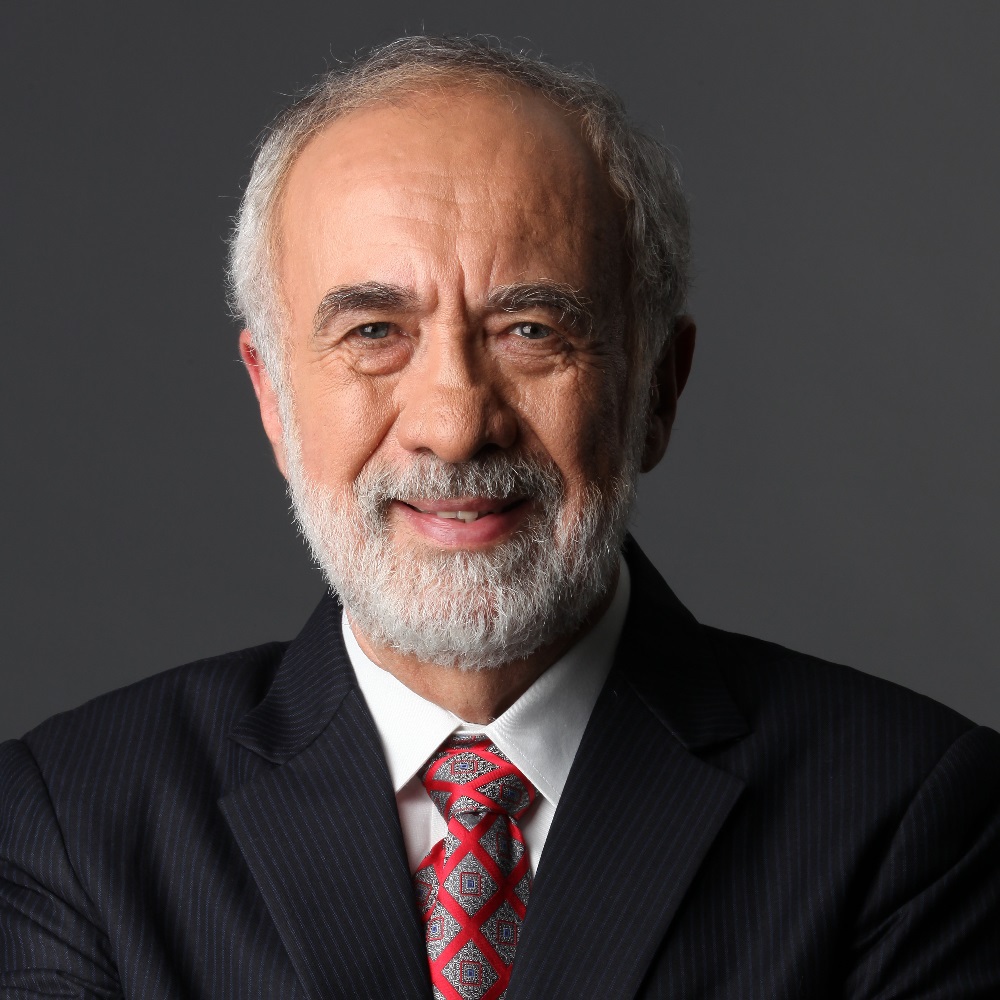 Ever since Landa was young, he has been thinking and inventing. He credits his father, a Holocaust survivor from Poland, for inspiring him.

His father worked as a carpenter before he bought a small tobacco shop in Edmonton, Canada. To supplement his income, he built a photo booth in the back room, and invented a way to capture images onto paper, skipping the need for film.

Young Benny helped his father in the shop and at the age of 12, created a photographic chemical mixer to help. Landa says that to this day the memory of his father’s pride in his inventiveness continues to influence his work and his research.

Today, about one-third of the 1,800 employees in the Landa Group are in research and development.

“We have physicists, chemists, theoreticians, and engineers,” he said. “Lusix develops its own technologies and even builds its own reactors.”

The Landa Group is comprised of the Landa Labs innovation and incubation platform, Landa Labs spinout companies and Landa Ventures.

Israeli industry for the future

Unlike other entrepreneurs who strive to make an exit, Landa generally holds onto his companies and only considers taking them public once they are well-established. Technological breakthroughs usually take 10 to 12 years to disrupt a known large market, he said.

Some Landa Labs developments, such as beauty-care products, that Landa feels would not be suitable for building as an Israeli industrial enterprise, are sold at the technology stage to others “such as a hair coloration technology sold to L’Oreal.”

His main goal is to build Israeli industry for the future.

One of Landa’s priorities is digital printing, continuing the mission that started with Indigo, his first wildly successful venture. Landa predicts that his new digital printing presses, each of which weighs an impressive 35 tons, will replace mechanical printing.

In the past 12 years, over $900 million has been invested in the development of Landa Digital Printing.

“We’re going after an $850 billion business that has remained mechanical, fundamentally unchanged for almost 600 years.” he says.

“Now, do you know why the printing industry is so big – and growing?”

I was stumped. I knew there are fewer books and newspapers being printed.

Packaging is growing faster than the GDP in most countries. Because even if consumers buy online, packaging sells the product, which means that it must be “printed in beautiful, breathtaking colors.”

Also, urbanization means that more and more people are leaving behind farmers markets and buying their food in city supermarkets. More packaging.

“Is the ink biodegradable?” I asked.

When paper is recycled back into pulp, it is separated from the ink. Landa’s ink can be “readily deinked,” and it is also water-based, without any solvent or volatile organic compounds.

“Unlike other digital printing technologies, we are able to print on even the lowest grade recycled papers, which is hugely important these days,” Landa said.

Landa may be one of the richest people in Israel, but he made it clear that what drives his ambition isn’t the money. He was born in Poland and spent his first two years in a refugee camp. His parents ended up in Canada but they saw it “as a temporary diversion, until they can move to Israel.”

He studied at the Technion-Israel Institute of Technology and became an Israeli resident in 1974, the same year he met his wife-to-be, Patsy, also Canadian. His three children “have all followed their own passions.”

Landa and his wife established the Landa Fund for Equal Opportunity Through Education, which has donated more than $50 million in university scholarships to Israeli “youth of privileged minds and underprivileged means.” Half of the recipients are Jews, the other half Arabs.

“We believe that the greatest challenge Israel faces is not from outside its borders. Israel will one day be at peace with its neighbors and secure. The question is what kind of country will we have within those borders if the socioeconomic gaps between rich and poor, between Jew and Arab, continue to grow?” he explained.

“Our mission is to ensure that Israel becomes a society of equal opportunity and genuinely shared citizenship. For Israel, it’s an existential imperative.”

Chutzpah and a higher purpose

“I love this country,” Landa said. “It also makes business sense to be patriotic about the country where you work because workers aren’t motivated just to put food on the table. People want to feel significant. You want to say, ‘The world is a better place because I was here. I made a change. I made a difference. I want to do something that not only puts my company on the map, but also my country.’ That’s the difference.”

He feels his motivation is shared by Israelis in general. “From the day you’re born, you know you’re going into the army where you’ll serve for a higher purpose. It’s part of the Israeli psyche. Israeli companies have employees who are more driven than in most other countries. They work for a higher purpose.”

Plus, he added, “Israelis have chutzpah. They don’t play by the rules.”

When Landa first moved here, it “really bothered me that drivers pass me on the shoulder and that children call teachers by their first name. I even asked myself, ‘What have I done? There’s no respect, there are no rules!’ But in the end, I learned to really love Israeli chutzpah because it means that everything is possible. You question everything. You have confidence. You might be a child but you think, ‘I’m an equal.’ You aren’t intimidated by the idea of ‘This is how it’s always been done.’”

Landa paused and then added a final thought.

“In science, if you accept the rules, you’d still think the sun revolves around the earth and the earth is flat,” he said.

“We can make changes only if we dare to question, to tread into new territory. It’s a combination of Israel’s culture and attitude that uniquely position Israelis to be disruptive.”