Social entrepreneur Ariel Beery and optics expert David Levitz had the inspiration to use the built-in camera of a smartphone to screen for cervical cancer — the fourth most common cancer affecting women globally and the second most common cancer for women in low-resource settings.

“More than five billion people around the world have access to mobile phones, but not to a physician,” Beery told ISRAEL21c in 2014, when the prototype was being piloted in five countries.

“We can do what a $100,000 device can do on a mobile phone, with 10 times better magnification than using just the naked eye, raising diagnostic accuracy significantly.”

Today, the EVA point-of-care device from MobileODT is used by primary care providers in 30-plus countries to conduct specialist-level visual screenings for thousands of women. 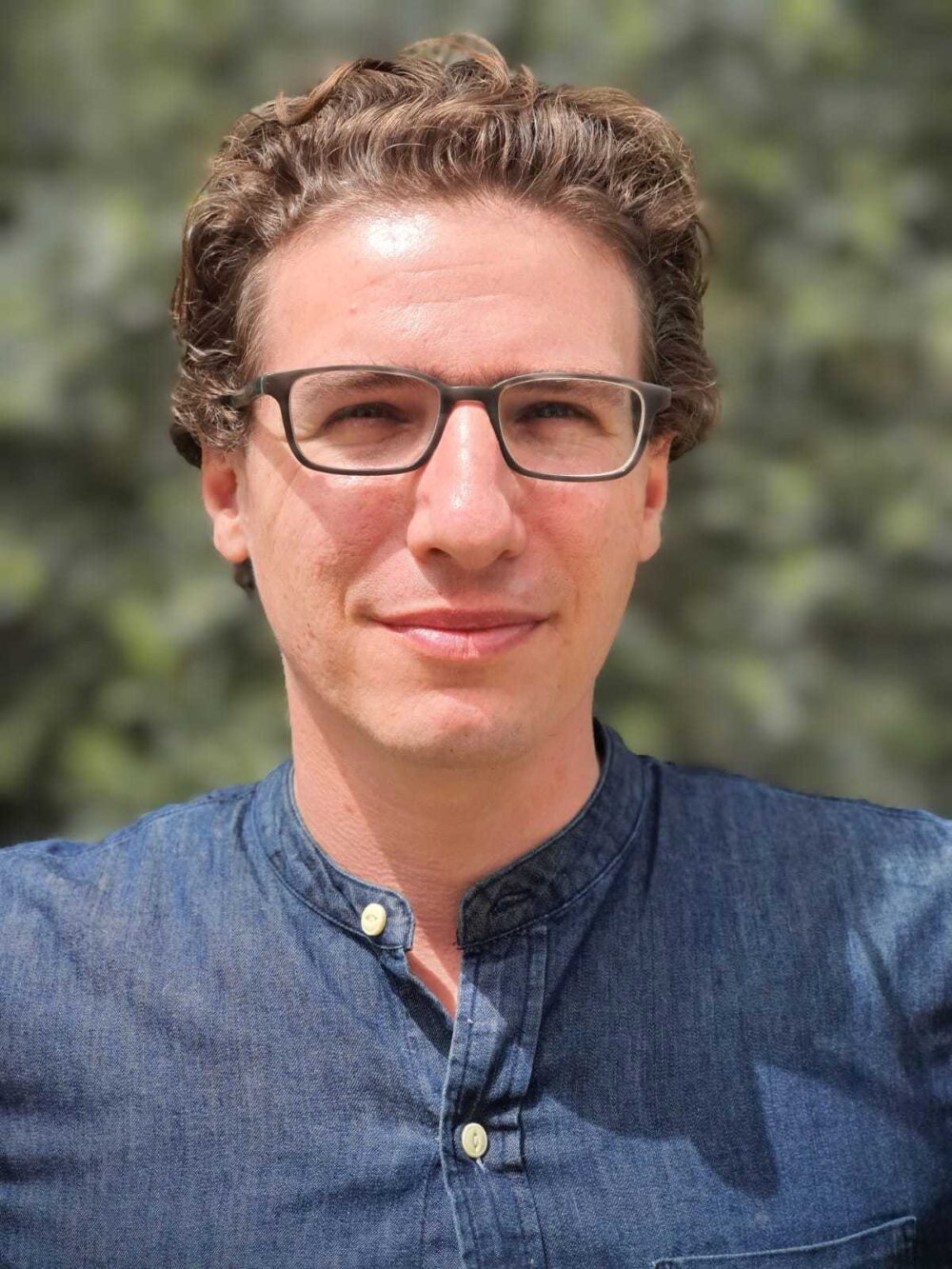 Since then, many other companies have harnessed the mobile phone – either to help healthcare professionals gather data (as with MobileODT) or to help patients transmit data from home to the practitioner and facilitate communication during a remote exam.

“There are a number of reasons why mobile phones make sense to be the core platform for a medical device,” says Beery.

“The first one is that every single person on the planet knows how to use one. And that is so important, because training and onboarding for a medical device is very difficult. When you have something based on a mobile phone platform, it’s relatively easy for the practitioner to watch a few tutorials and very quickly start using the device. That’s not the case with anything else, and it’s super important because then you can expand into rural areas and low-resource settings efficiently.”

There are other advantages of using smartphones for healthcare.

“From a regulatory perspective, most mobile phones in the market have received both electrical testing and broadcast certificates. Wi-Fi is intermittent around the world, but when you have a SIM card and a device that will be connected or integrated with medical information systems, a mobile phone shortcuts a whole host of regulation and registration — things that are really hard and expensive to do,” Beery adds. “For any [medical] device that requires communication, mobile phones already have all that already baked in.”

Below are descriptions of 13 companies using the smartphone as a basis or adjunct for smart healthcare. 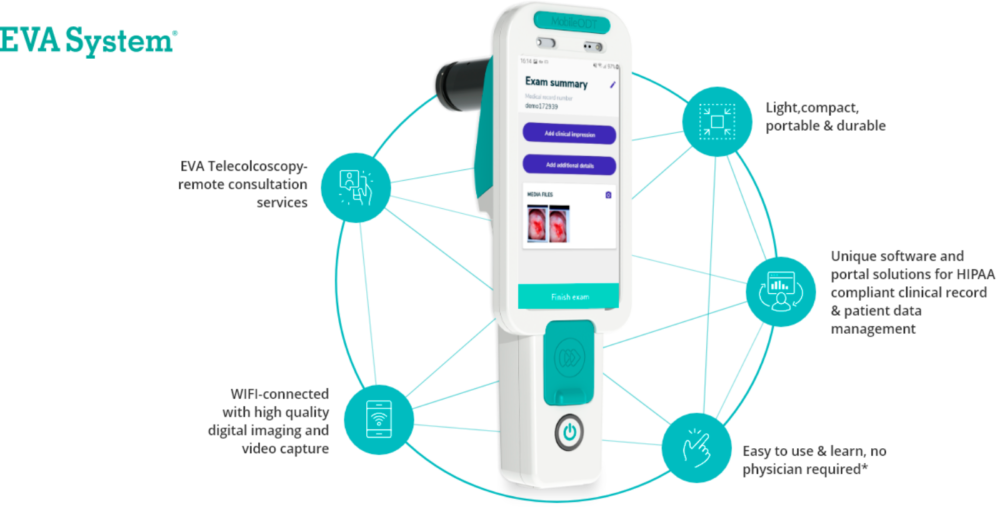 Photo of the EVA system courtesy of MobileODT

Beery and Levitz originally envisioned EVA as a colposcope addon for the healthcare practitioner’s own phone. The current version instead has a dedicated Samsung J530 built in for all-in-one visualization, documentation and teleconsultation.

“Diagnostic functions require your device to touch the patient. That brings up issues of security and sterilization. Also, a dedicated phone doesn’t have the same wear and tear and memory issues that you have with someone’s personal phone and doesn’t conflict with their images and WhatsApp and what have you.”

The signal processing and AI technology compensates for motion and imperfect lighting, and supports any age, gender and skin color. It can even detect subtle changes that might otherwise go unnoticed. Binah.ai works with healthcare, insurance and wellness industries in several countries.

Binah.ai is headquartered in Ramat Gan with offices in Maryland and Tokyo.

Healthy.io’s partners in the US and UK include, among others, the National Kidney Foundation, the National Health Service, Modality and the Boots chain. The company recently acquired its American competitor, Inui Health, for $9 million. 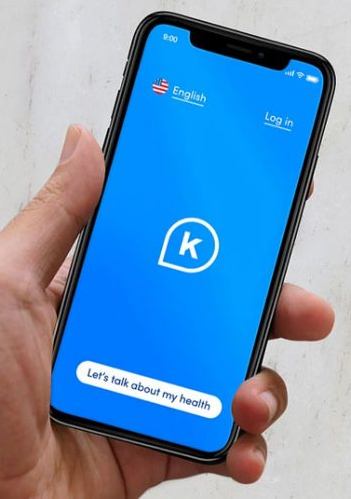 K Health, billed as “healthcare without the system,” provides 24/7 phone access to board-certified doctors in 48 US states for $29 per month (no insurance necessary), where it has some 6 million users. The entire intake process is done on the smartphone, and users text K Health when they are free for a consult.

Members can download a free AI-powered symptom-checker app and obtain on-the-go prescriptions and refills. Primary care, urgent care, mental health and pediatric care (as well as Covid-related services) are all included. K Health is based in New York with development offices in Tel Aviv. 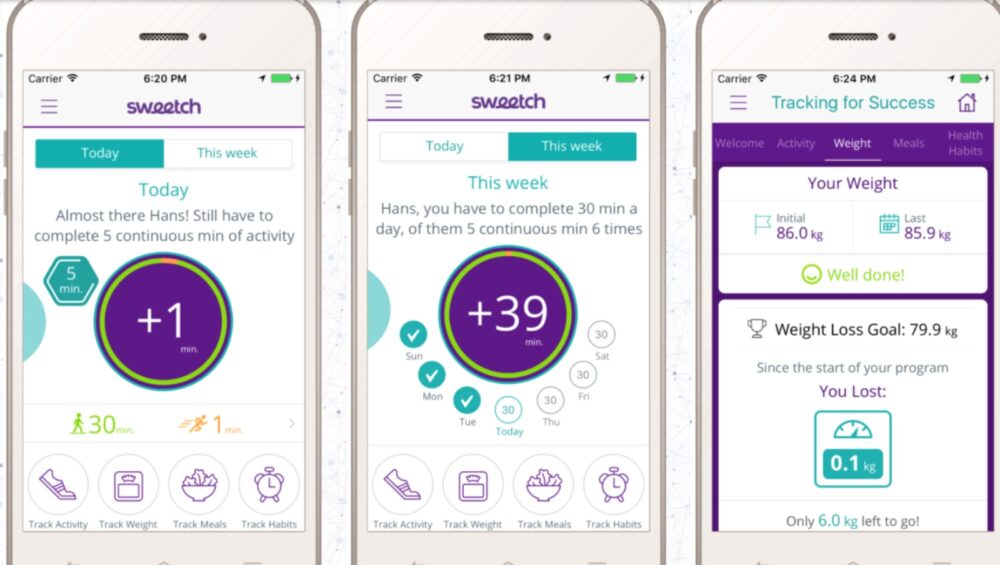 Sweetch is a mobile based digital coach providing personalized recommendations for preventing and managing chronic conditions, generated from analysis of millions of datapoints on the individual’s smartphone and other connected devices.

In addition to the Sweetch app, the technology is available as a white-label app or as an SDK to be integrated within an existing app. Headquartered in Tel Aviv, Sweetch is used in countries across the world.

In the app, patients see the specific tests prescribed with reminders about when to take the tests and instructions in the patient’s preferred language. Montfort is used in more than 10 countries.

Nonagon, backed by Phillips and Teva, has FDA and CE approval for its smartphone-based telemedicine device.

The device works with patients as young as two years old. The clinical data is sent in real time to the physician, enabling near immediate diagnosis, referral or prescription. Formerly known as MyHomeDoc, Nonagon is based in Caesarea with offices in New York.

This company’s award-winning TytoHome remote exam device ties in with the user’s and physician’s iOS or Android smartphone (or other device) via an app that allows the practitioner to control and guide the entire exam in real time. 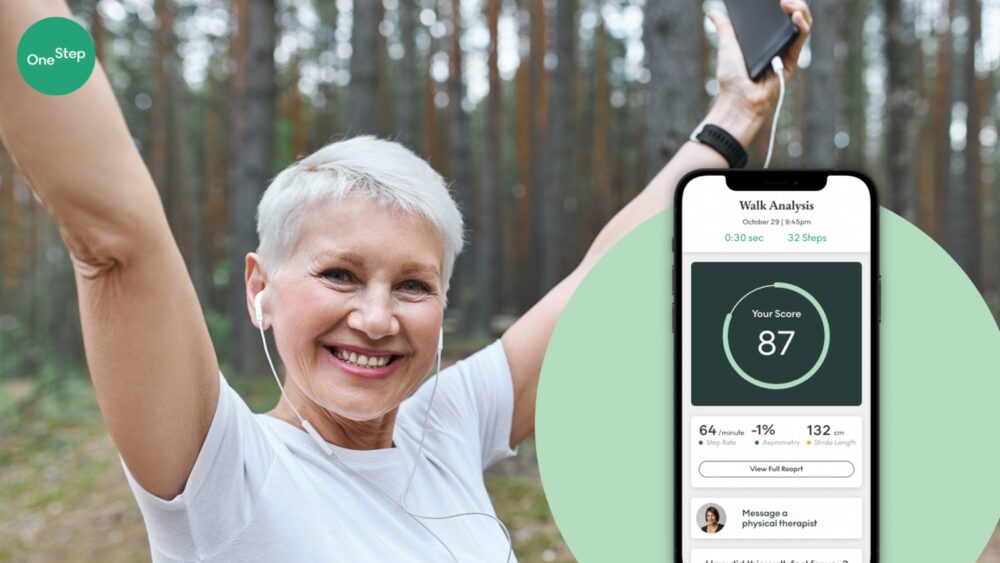 The user needs nothing more than a smartphone nearby while doing the prescribed exercises. The app gives a detailed assessment of walking and overall mobility and allows physical therapists to communicate and provide effective treatment to patients 24/7. 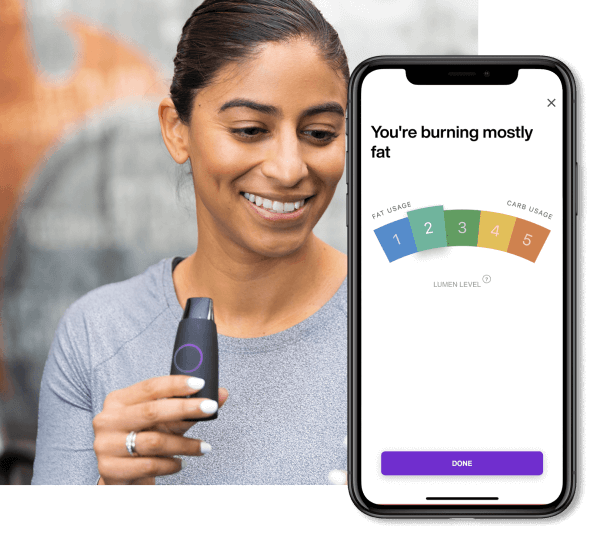 Lumen’s handheld device allows users to analyze and monitor their metabolism with their smartphone. It reveals the body’s current source of energy — fats or carbs — on a scale of 1 to 5, based on the respiratory exchange ratio. 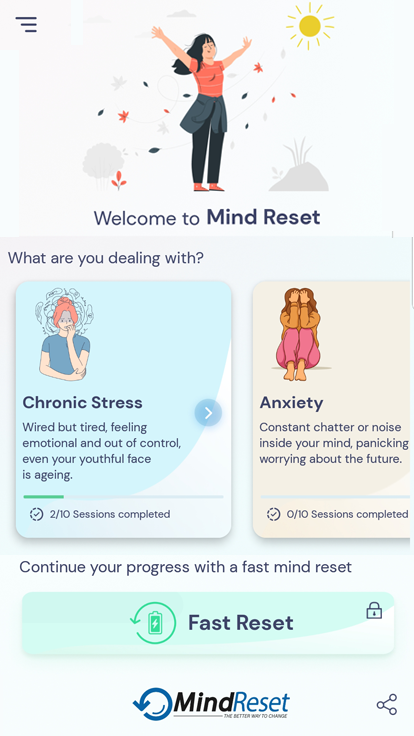 This app built on eye-tracking technology from Jerusalem-based Umoove http://www.umoove.me/ helps thousands of users “reset” their response to depression, trauma, anxiety, stress and other emotional triggers.

An audio guide takes the user through each daily two-minute session of a 10-day program tailored to specific conditions. The eye tracker on the phone’s camera detects patterns in eye movement that indicate a stress trigger. Users are directed to do certain tasks with their eyes that interrupt the pattern and thus create a therapeutic effect by clearing the triggers.

The unique method behind the app was published last November in the journal Frontiers.

Yitzi Kempinski, founder-CEO of Umoove and CTO of MindReset, says results are so encouraging that the company is researching other ways people can use the app, such as for work burnout or emotional barriers to learning.

Using ocular metric data captured with a standard webcam or smartphone, this Tel Aviv- and Texas-based startup is building an AI-driven platform to accelerate and improve drug development and patient monitoring, as well as introduce precision care for patients with neurological disorders.

A physician records a five-minute video of a patient’s eye movements. Neuralight’s imaging tools clean up the video, then artificial intelligence and machine learning decipher what’s behind the eye movements.

The concept is based on scientific studies over the past 20 years showing correlations between various oculometric measures and the neurological status of patients suffering from a range of neurodegenerative and psychiatric disorders.

Cordio Medical’s HearO technology can sense fluid accumulation related to congestive heart failure through a patient’s speech and send an alert. This noninvasive monitoring solution is based on true speech signal processing augmented with machine learning.

The user speaks into a smartphone app whose algorithms allow near real-time monitoring and early detection of condition deterioration. The system is patient-tailored, constantly learning the patient’s voice. HearO noninvasively.

The company recently raised $18 million and aims to enter the US market in 2024.