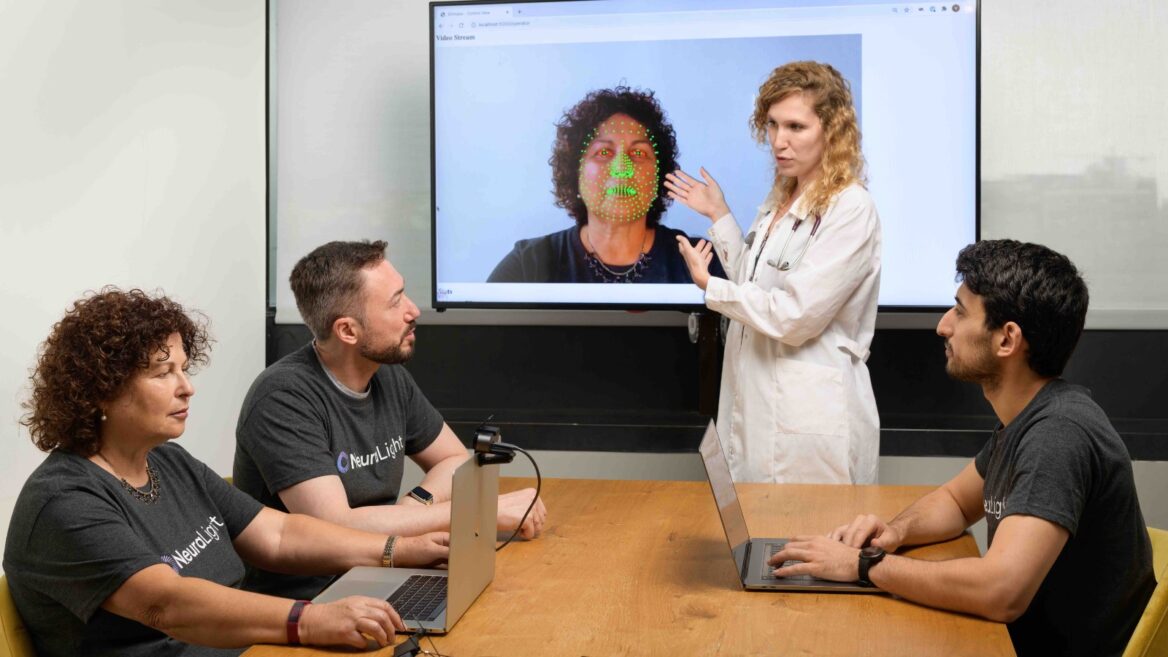 “Look into my eyes. What do you see?” the man says to his wife.

“I see Parkinson’s, Alzheimer’s and MS,” she replies.

Not the most romantic interchange.

But imagine if gazing into someone’s eyes were the key to diagnosing neurological disorders, which are the world’s leading cause of disability and cost some $800 billion a year in direct treatment expenses.

The correlations between “oculometrics” (the biometric measurement of the movement and condition of the eyes) and neurological conditions is a much-researched area of study, with over 750 papers published in journals such as The Lancet, Nature and Neurology.

Developing a technology that can decode the data from the eyes has proven to be challenging, however. No one has successfully made strides toward commercializing an oculometric approach.

In October 2021, Tel Aviv and Austin, Texas-based startup Neuralight launched out of stealth with a $5.5 million seed investment and a goal of digitizing and even automating neurological evaluation and care.

You can only improve what you can measure

Neurological exams have traditionally relied on a subjective, manual assessment of symptoms. 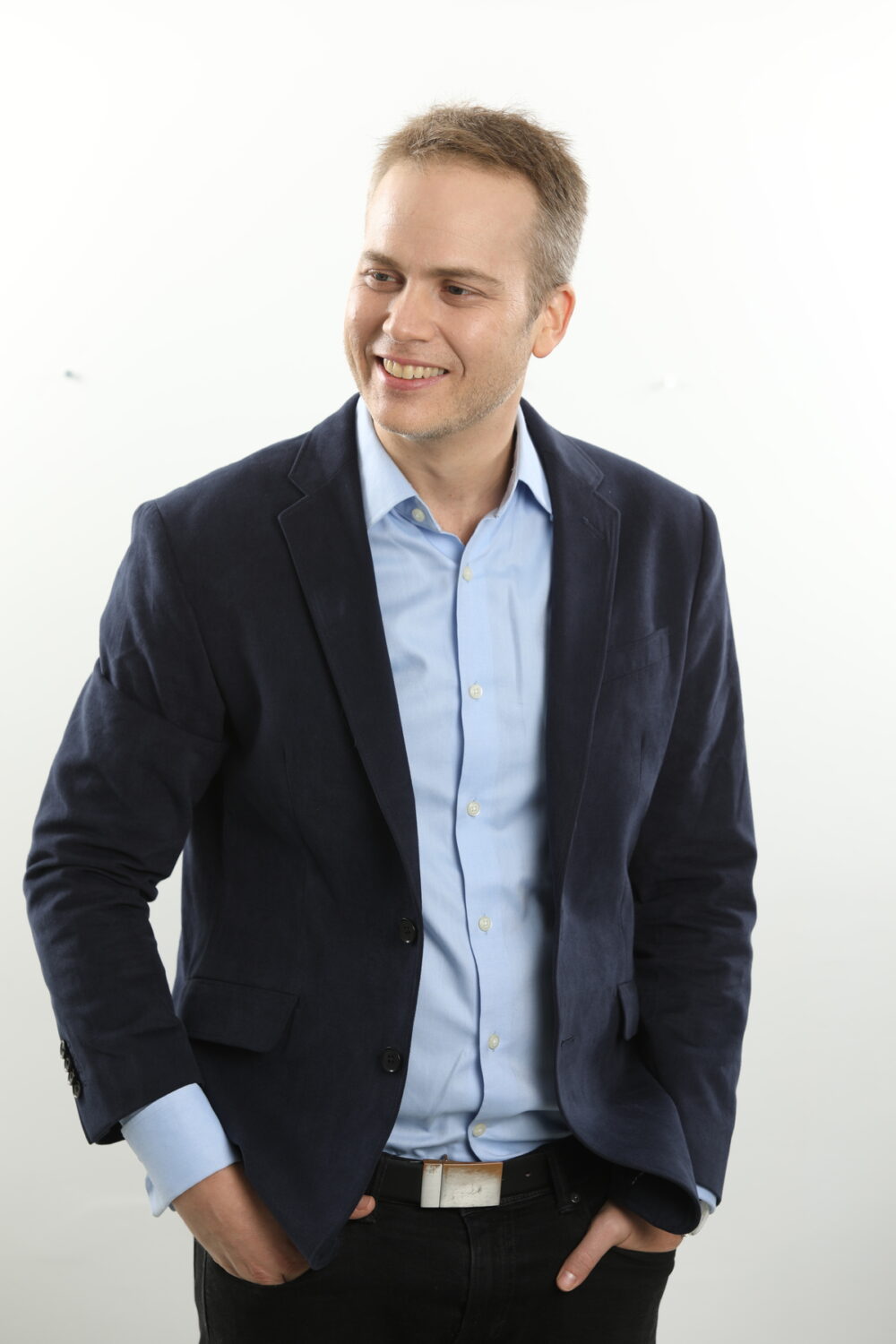 “The physician will ask 50 questions, like how hard is it to button your shirt? Or the doctor asks the patient to walk across the room so they can assess their gait,” explains Neuralight CEO Micah Breakstone.

The lack of objective criteria has prevented pharmaceutical companies from developing effective drugs. Breakstone notes that for dementia, studies have shown that two physicians looking at the same patient on the same day could have a 35 percent variable in diagnosis.

Neuralight’s technology is not a cure or a treatment for neurological disease.

Rather, the platform is meant mainly to accelerate pharmaceutical development, with an initial focus on Parkinson’s, Alzheimer’s and multiple sclerosis.

A physician will record a short, five-minute video of a patient’s eyes. Neuralight’s imaging tools clean up the video, then artificial intelligence and machine learning get to work at deciphering what’s behind the eye movements.

Once Neuralight has extracted ocular metrics on a patient, it plans to sell the data to pharma companies. As Breakstone tells ISRAEL21c, “You can’t improve what you don’t measure.” 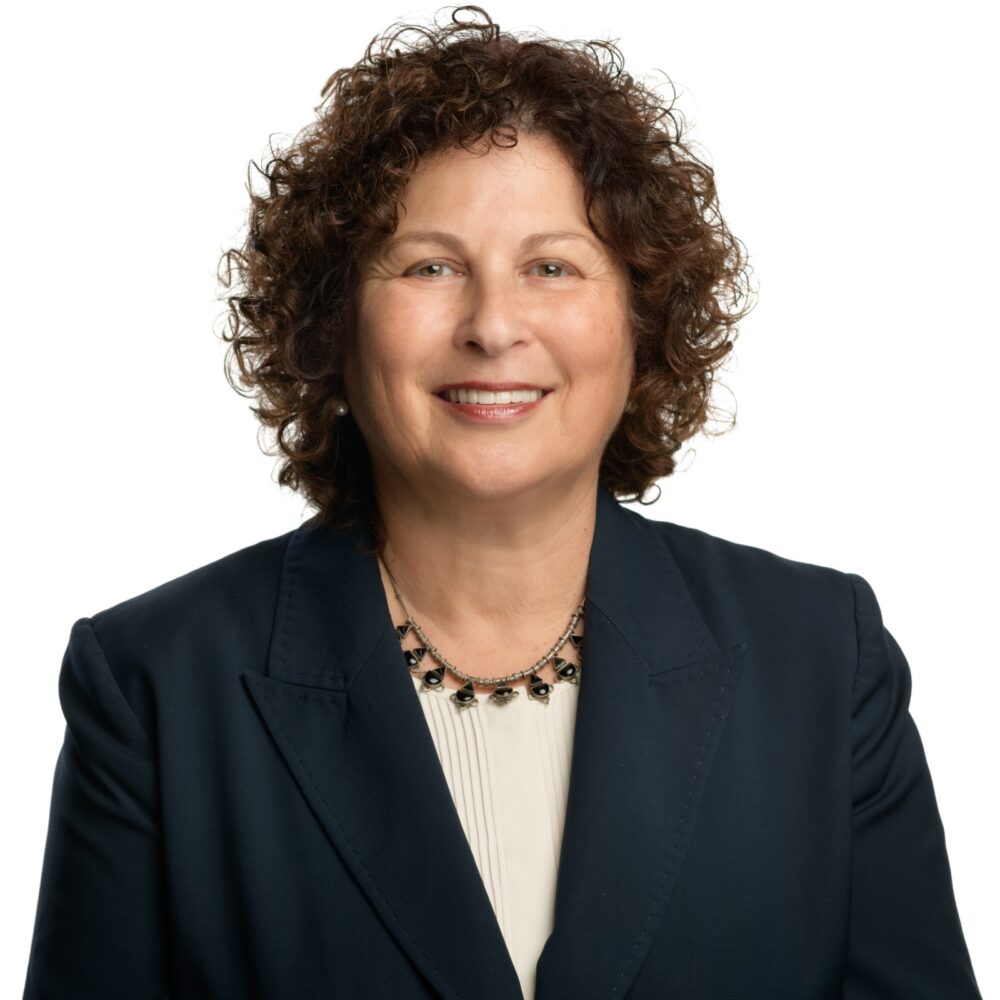 “Digital endpoints are the future of neurology,” adds Rivka Kreitman, the company’s chief innovation officer and the former head of global innovative research and development at Israeli pharmaceutical giant Teva.

“This technology has been the missing piece pharma has needed to make drug development for neurological diseases effective and ultimately more successful.”

In Breakstone’s ideal world, all the data extracted from videos by Neuralight would be processed on the Neuralight cloud, which he says is HIPAA compliant with all data de-identified (“We don’t need to see a patient’s face, only his or her eyes”).

Some organizations do want to keep the data in-house for privacy reasons; in those cases, Neuralight brings its own server.

Neuralight does not require eye-trackers, making the process simpler for patients because they don’t have to sit still for a relatively long period of time. 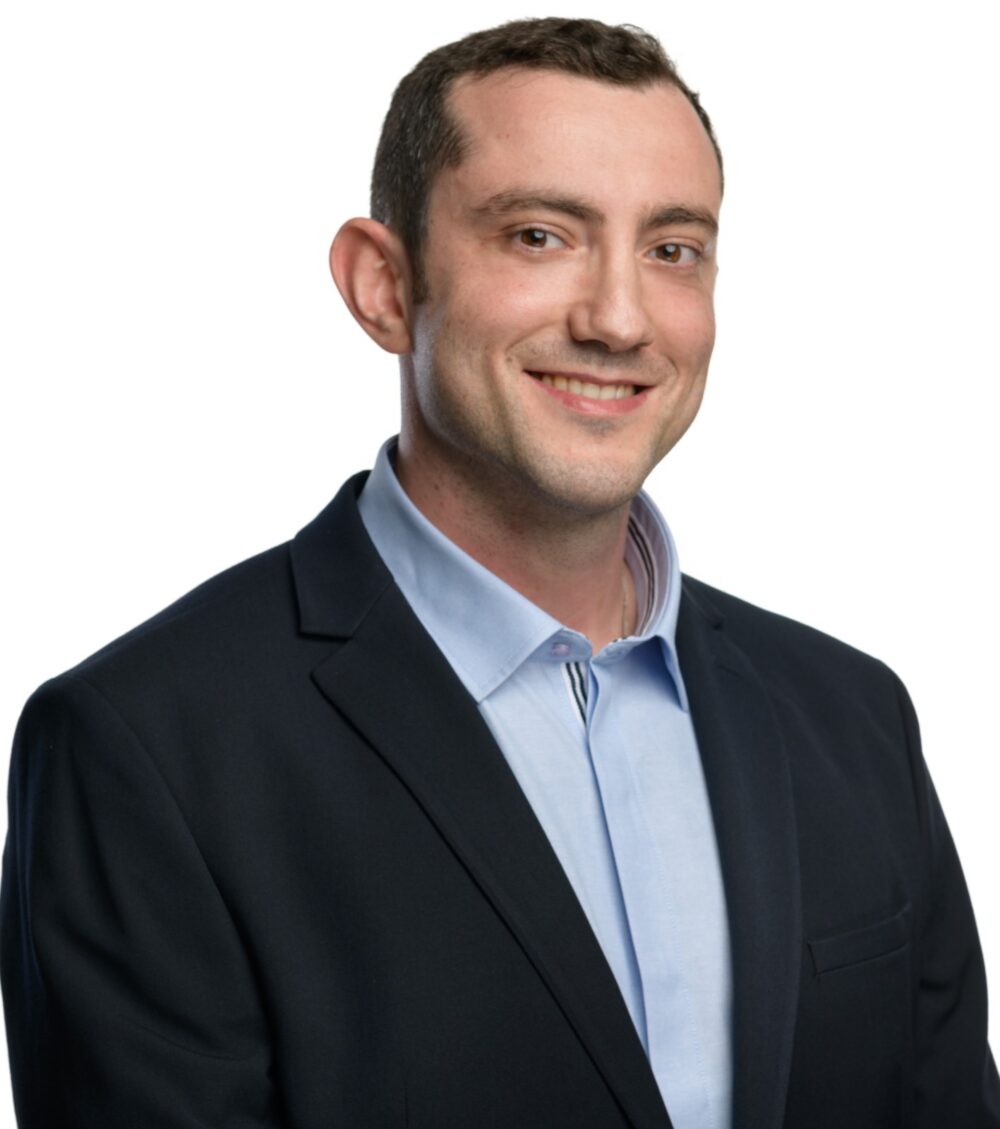 Instead, a simple iPhone or even Zoom recording is fine. A Neuralight video recording takes 10 minutes vs. 40 minutes when working with an eye-tracker.

Neuralight’s AI “amplifies and augments standard video resolution so you can glean from standard video signals what you could traditionally do only with professional lab equipment,” Breakstone explains.

He likens the resolution to how satellites in space can make out the numbers on a car’s license plate using a similar kind of “super-resolution.”

Neuralight analyzes close to 100 parameters, including blinking rate, how quickly the patient can fix on a specific object, and the speed of pupil dilation (the latter is highly correlated with Parkinson’s). 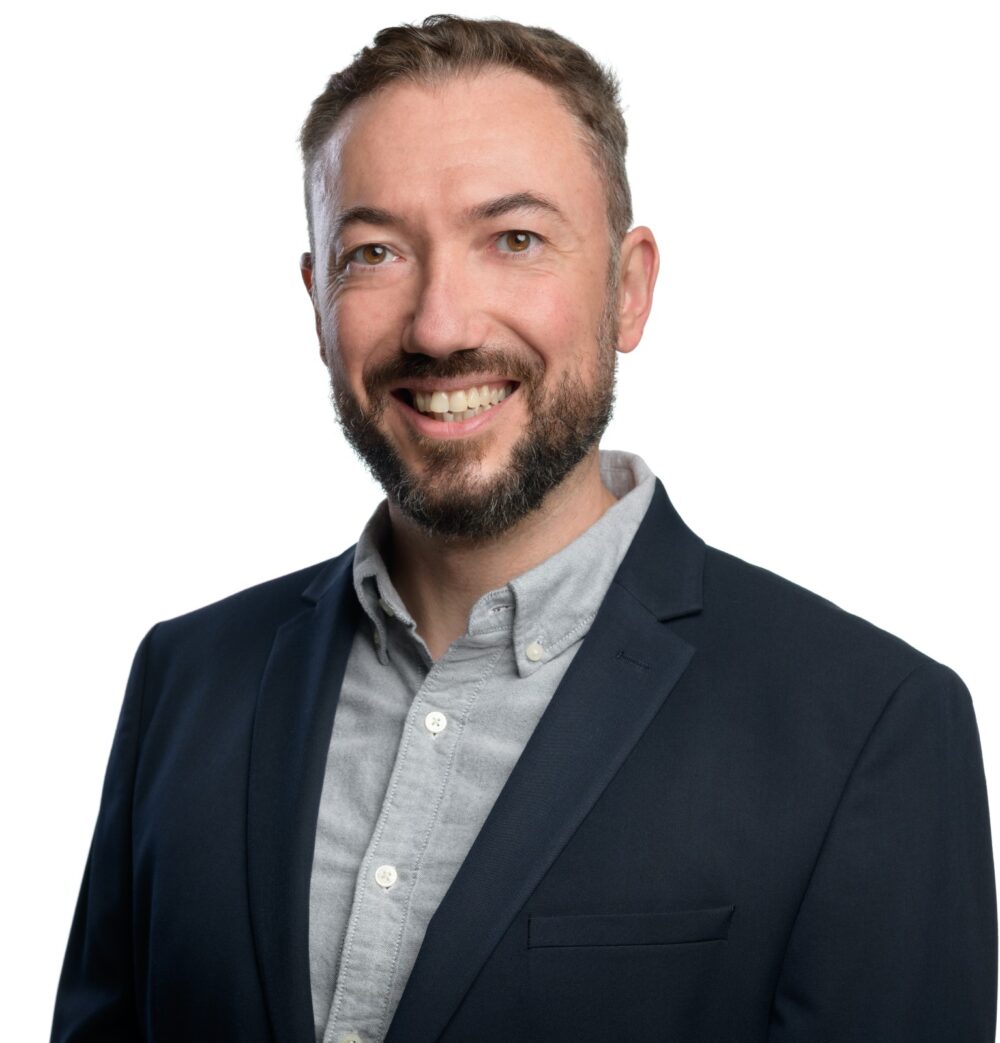 “I could have retired, but that would have been a little empty,” he says. His grandfather suffered from Alzheimer’s, and that led Breakstone to want “to do something to make the world a better place, something I deeply believed in,” he tells ISRAEL21c.

“Digital biomarkers are very much in vogue,” he says, and investors agreed.

While most of the 19-person team is in Israel, where R&D is based, Breakstone relocated to Austin to build up the company’s connections in the United States.

Neuralight has a working MVP (tech speak for “minimum viable product”) and Breakstone hopes to receive initial FDA clearance by the end of 2022 with the first commercial contracts signed in 2023.

Clinical trials are due to kick off in the next few months. Neuralight is in conversations with three large pharma companies.

Although neurotechnology is a booming industry, Breakstone says most of Neuralight’s competition “is doing things with devices, not with the eyes.” Boston-based Beacon Biosignals, for example, uses EEG data to create biomarkers for neurological disorders, which he says “will be harder to be adopted as a universal solution.”

Fortunately for the billion people suffering from neurological disorders, Breakstone feels that Neuralight is “on an urgent mission. We are building a value-driven company.”

UNCOVER ISRAEL - Get the ISRAEL21c
Weekly Edition free by email
Sign Up Now!
Bring Israel's story to life.
Millions of people around the world rely on us to gain a deeper understanding of Israel. We are the trusted source for original content you won't find anywhere else.
You can make a difference. Donate today to support journalism that brings Israel’s story alive.
SUPPORT ISRAEL21c
Read more on:   Technology, neurological diseases, Parkinson's, Alzheimer’s, Health, multiple sclerosis