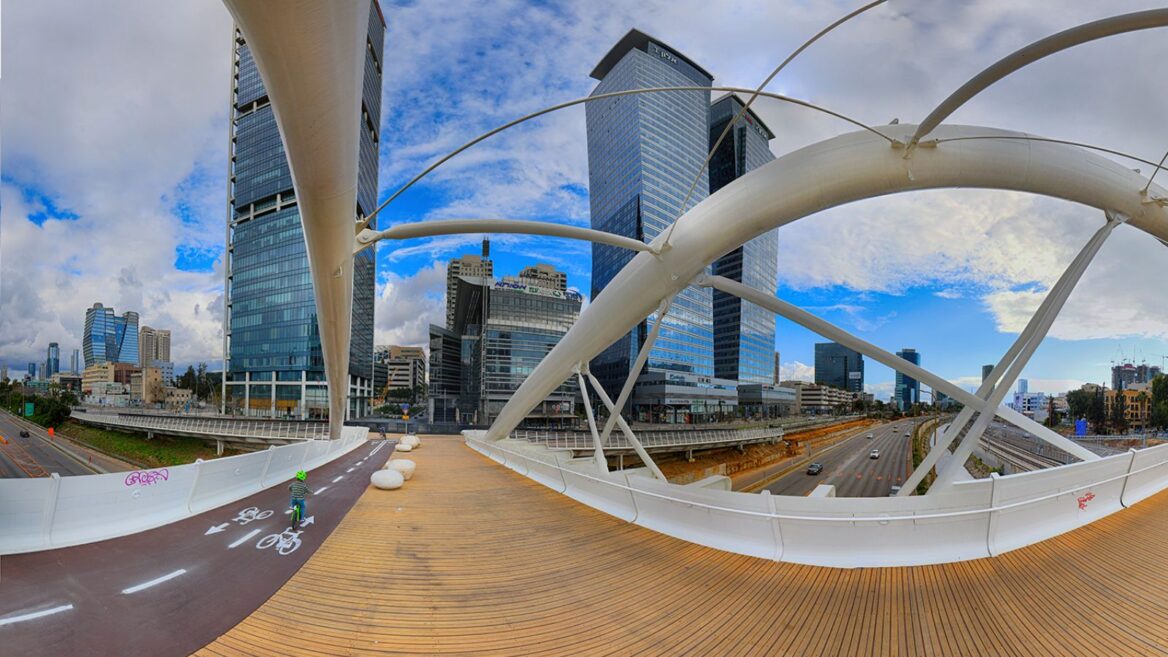 Horrifying heat waves, torrential rains and even wars don’t stop the hustle and bustle of Tel Aviv. But the coronavirus crisis has brought Israel’s non-stop city to a standstill – and the results are a sight to behold.

“As an artist who deals a lot with works that involve urbanity and the movement of people, in recent days I went out to roam the streets of Tel Aviv and sites that are bustling during regular times,” photographer Amir Chodorov tells ISRAEL21c. 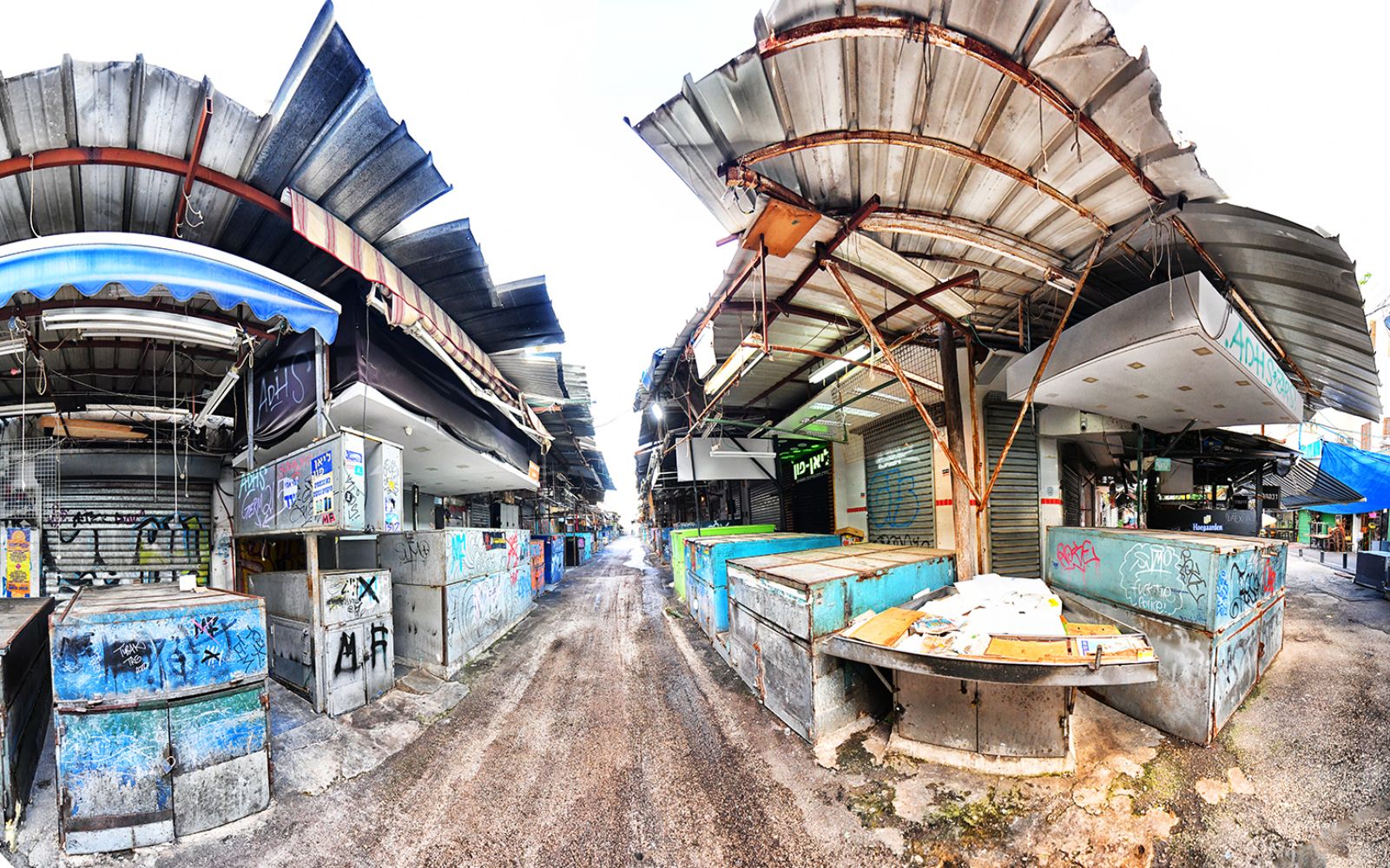 None of the regular hustle and bustle in Carmel Market, which has been shuttered according to corona regulations. Photo by Amir Chodorov

“The days I wandered the streets flooded me with a sense of sadness on the one hand and on the other a mutual longing between me and the buildings,” he adds. 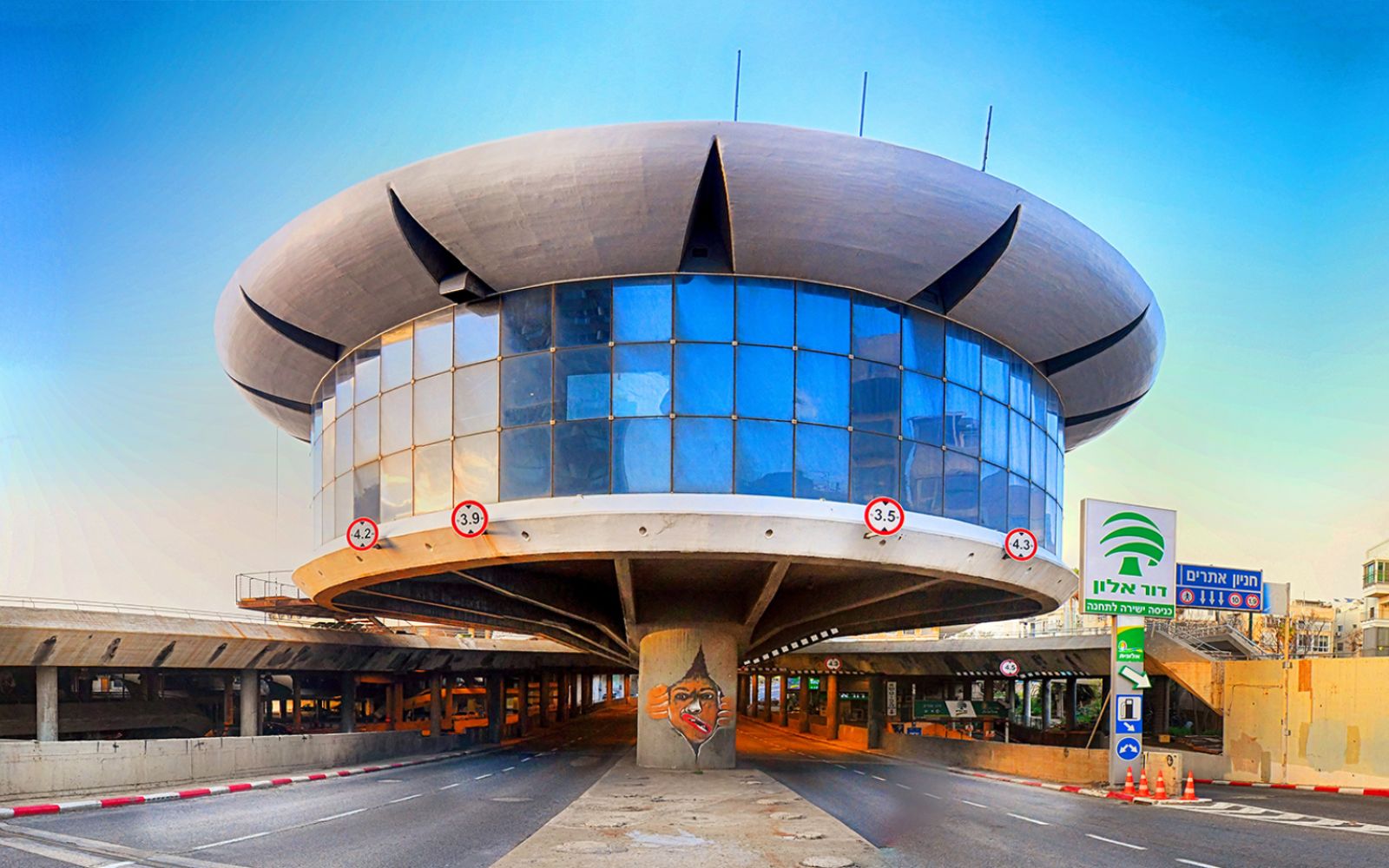 “The sadness and the feelings of emptiness mainly surfaced for me at the Magen David Square on Allenby, where usually the mix of people and characters brings up a very special energy, and where the colorful chairs that have been left desolate caused me a pang.” 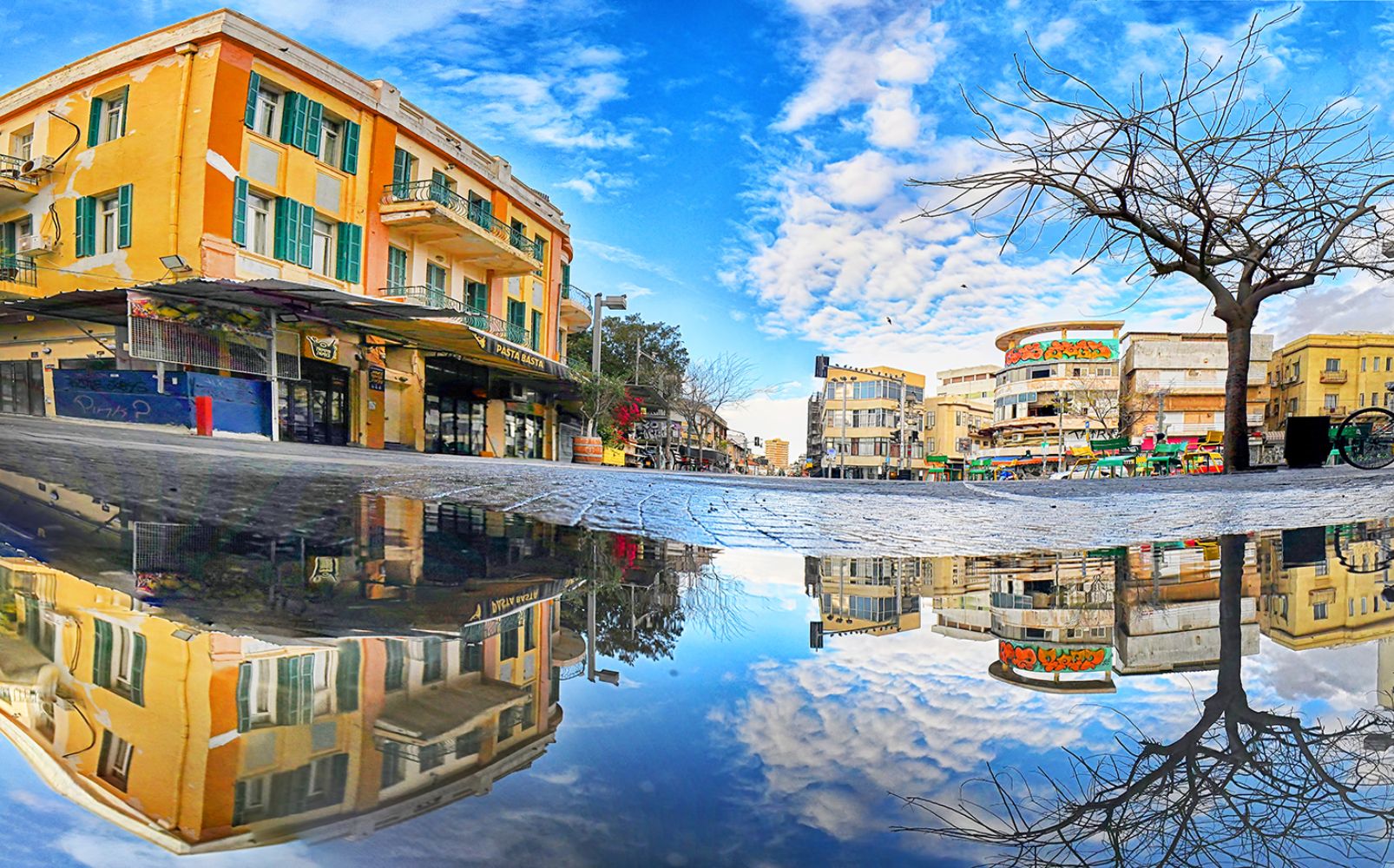 Magen David Square on the crossroads of the Carmel Market and Allenby, King George and Shenkin streets is one of the busiest areas of Tel Aviv but now stands empty and silent. Photo by Amir Chodorov

Chodorov, a former Israeli fighter pilot of 25 years, has been a keen photographer from a young age. He specializes in urban landscapes such as churches and synagogues, and has now turned his lens on Tel Aviv’s lonely landmarks. 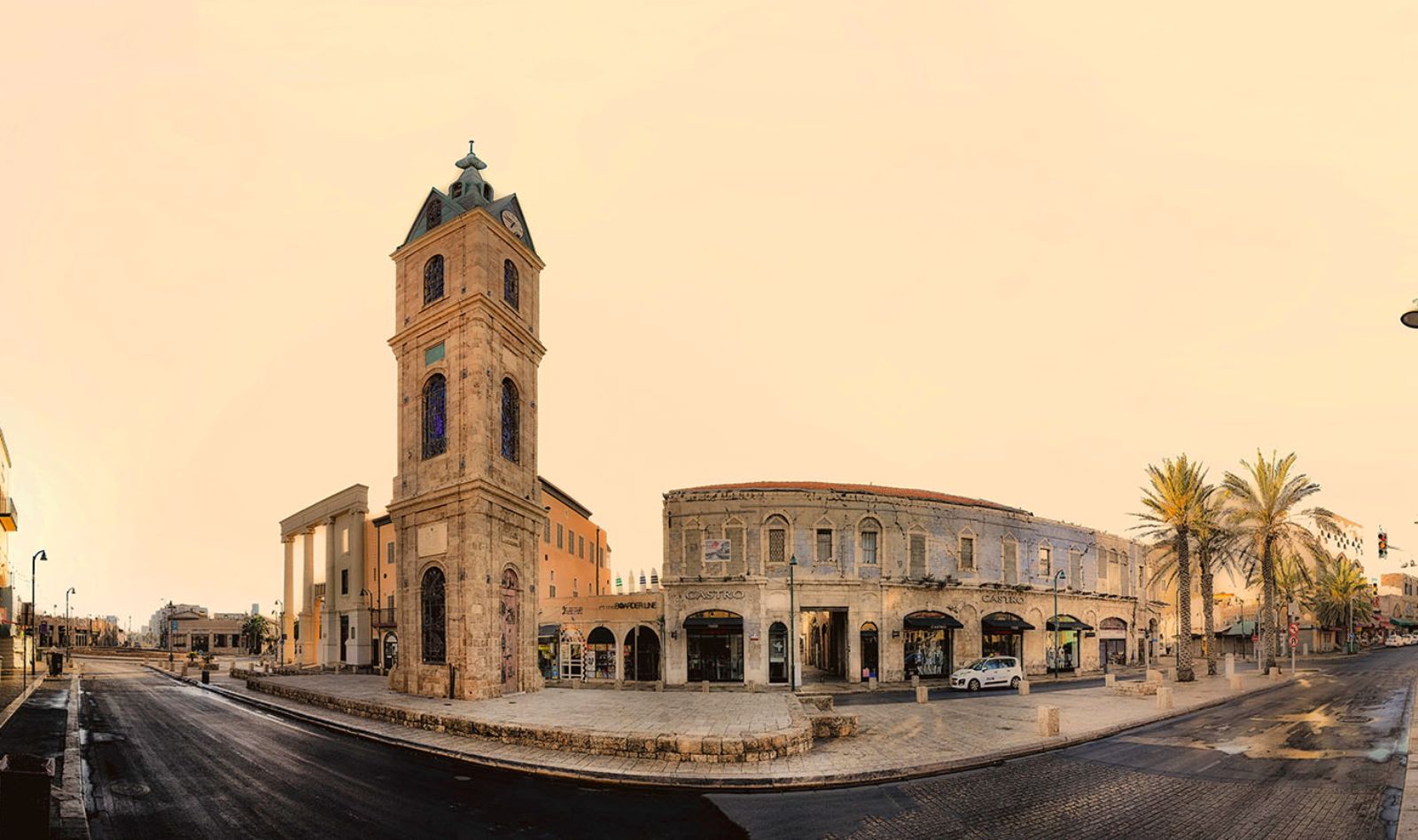 His images are made by joining parts of the dozens of the photographs he takes at each site into one puzzle-like work that highlights many details. 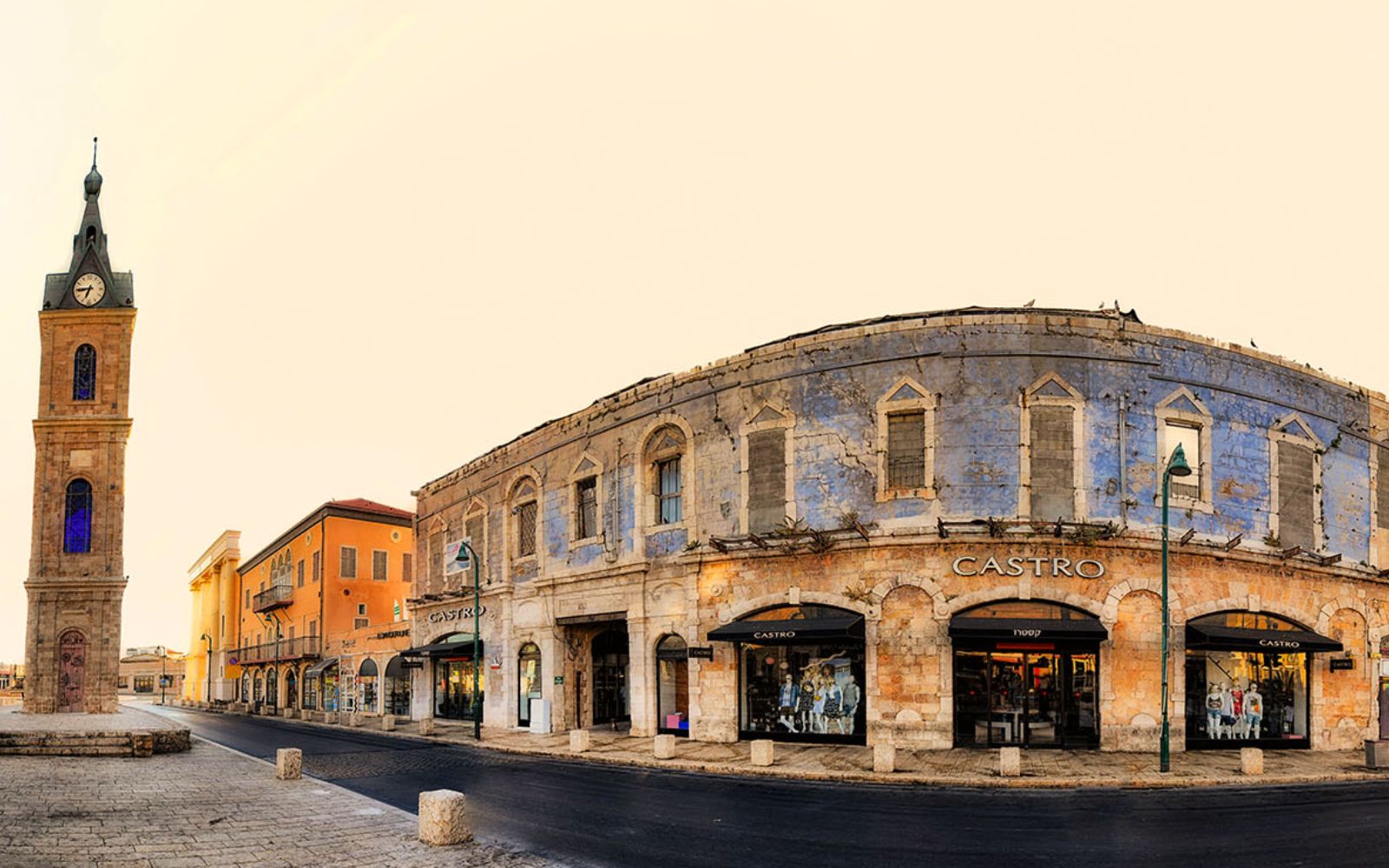 In regular times, this corner of Jaffa is notorious for its heavy traffic. Now there is none. Photo by Amir Chodorov

What particularly struck Chodorov on his journey to document the stillness now lying over Tel Aviv, he says, were its shopping malls. 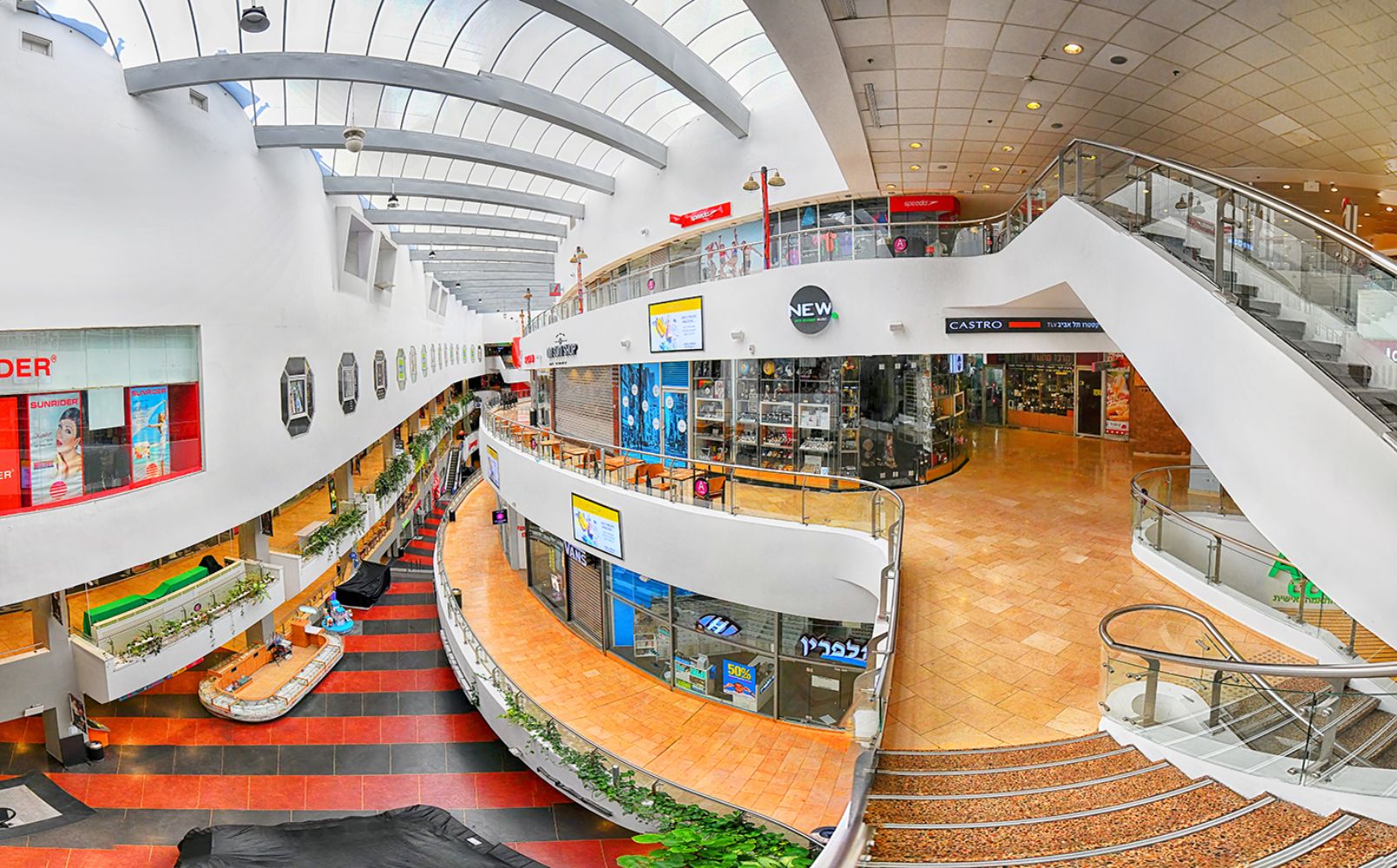 The labyrinth layout of Dizengoff Center is even more pronounced as the shopping center stands empty. Photo by Amir Chodorov 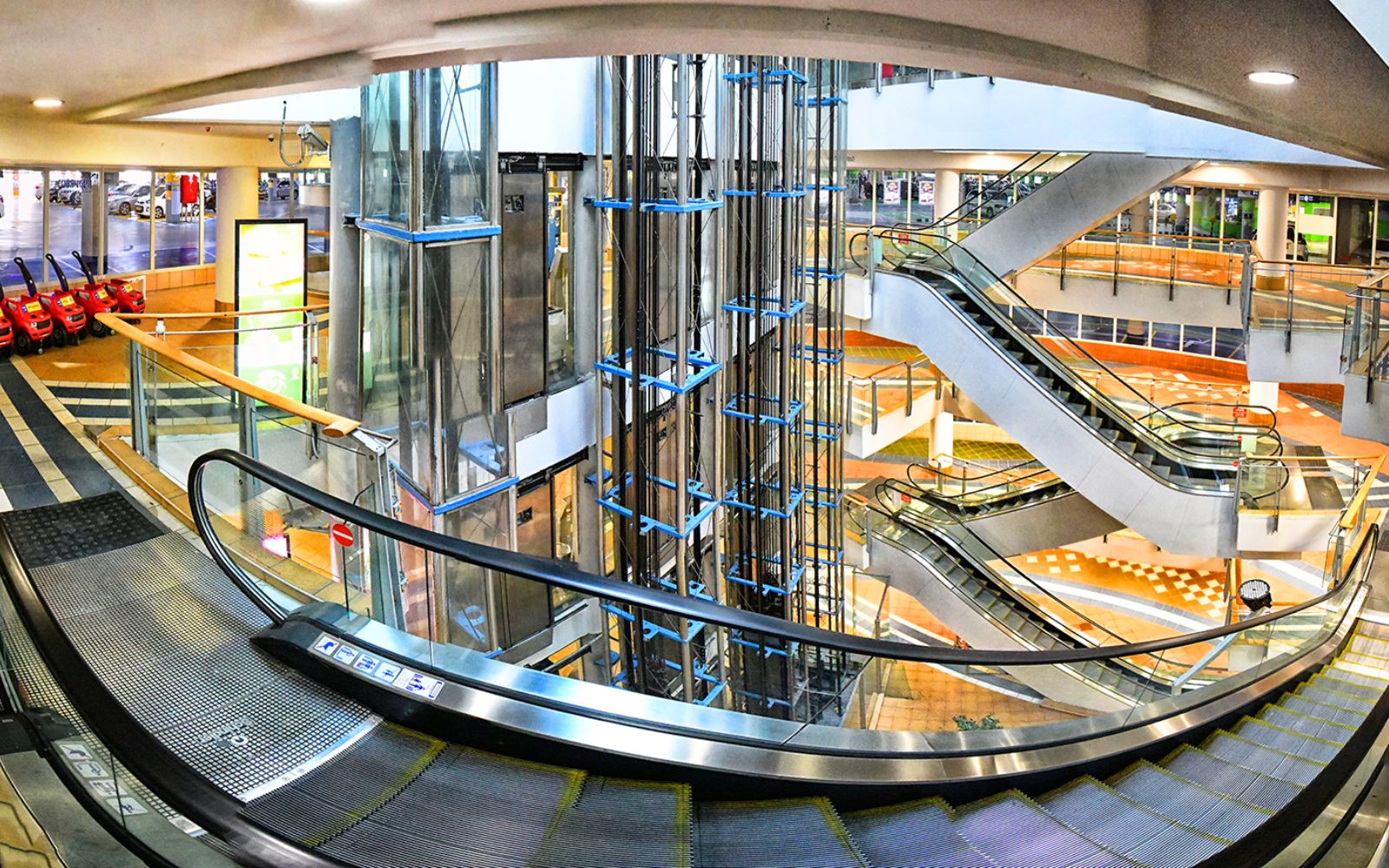 The Azrieli Mall in central Tel Aviv is a major hub in corona-free days. Now its escalators stand empty of the shoppers, soldiers and commuters that regularly grace them. Photo by Amir Chodorov 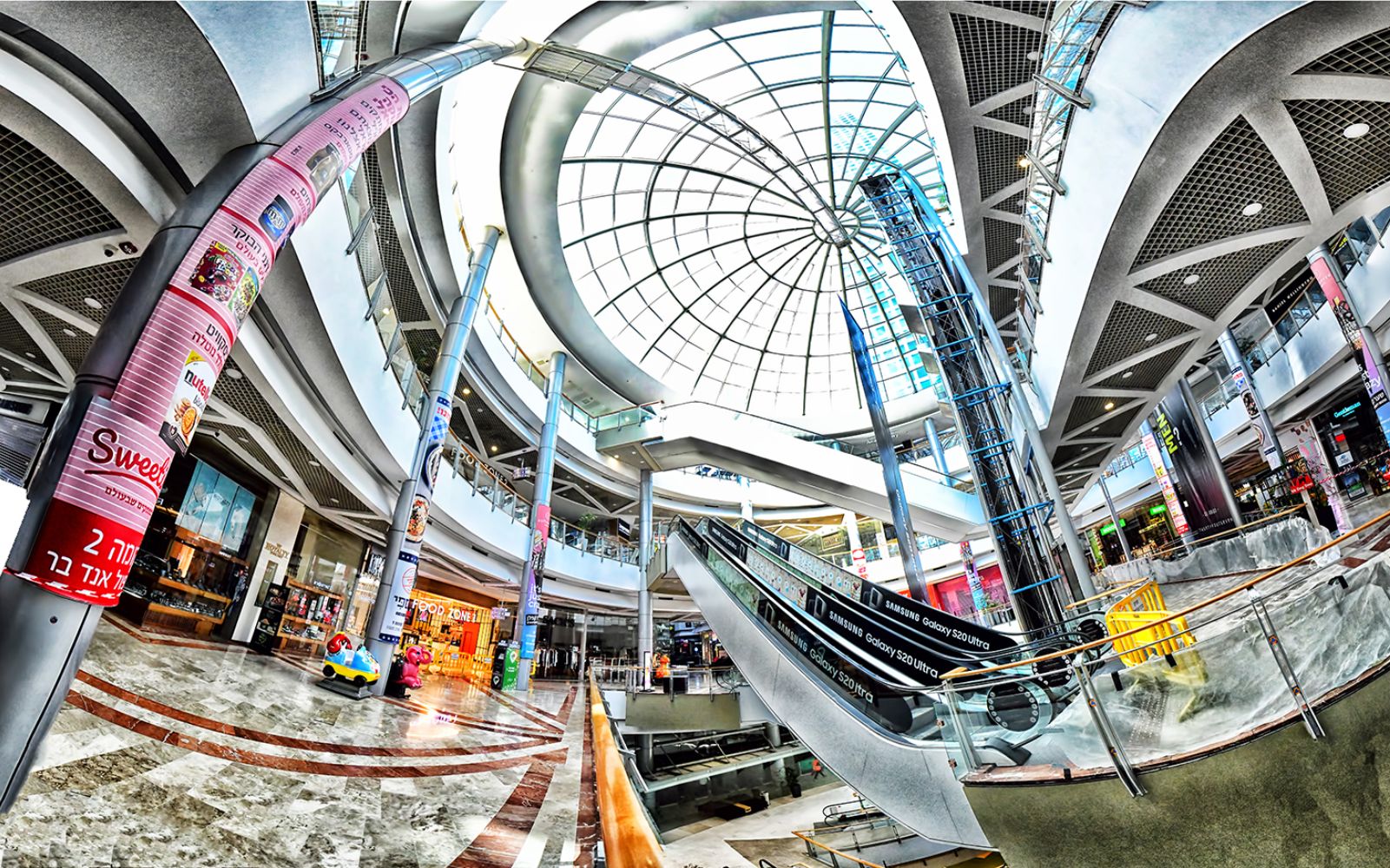 An eerie, contorted view of the Azrieli Mall in Tel Aviv. Photo by Amir Chodorov

“In regular times we hear in them a babble that we love of children running around, people arguing and of course the bustling cafes,” Chodorov says.

“However, what was revealed before me while they stood empty is their inherent beauty, with urban lines and architecture that can’t be seen when they’re full.” 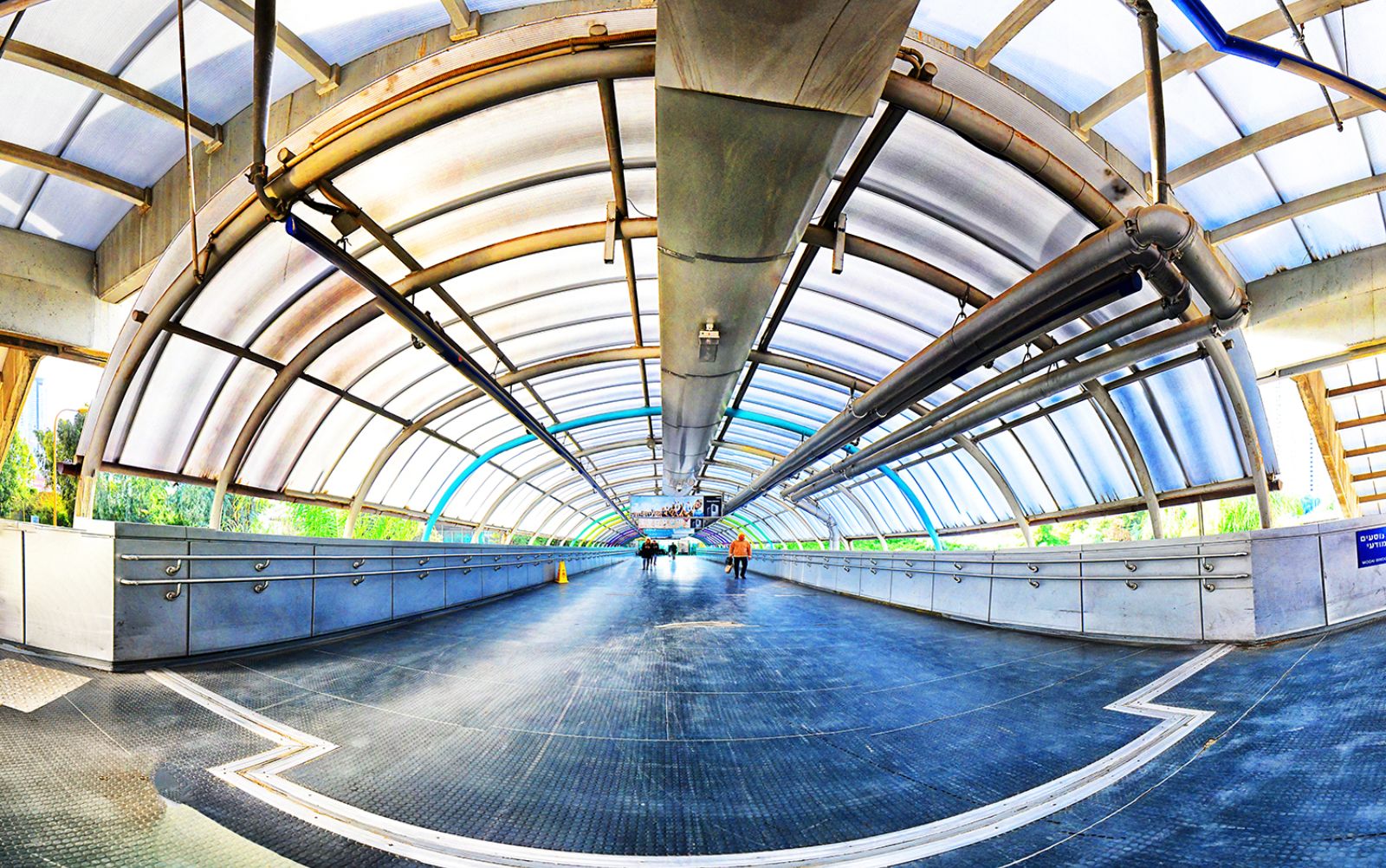 The bridge over the Savidor train station in Tel Aviv usually welcomes thousands of commuters at the beginning and end of each working day. Photo by Amir Chodorov 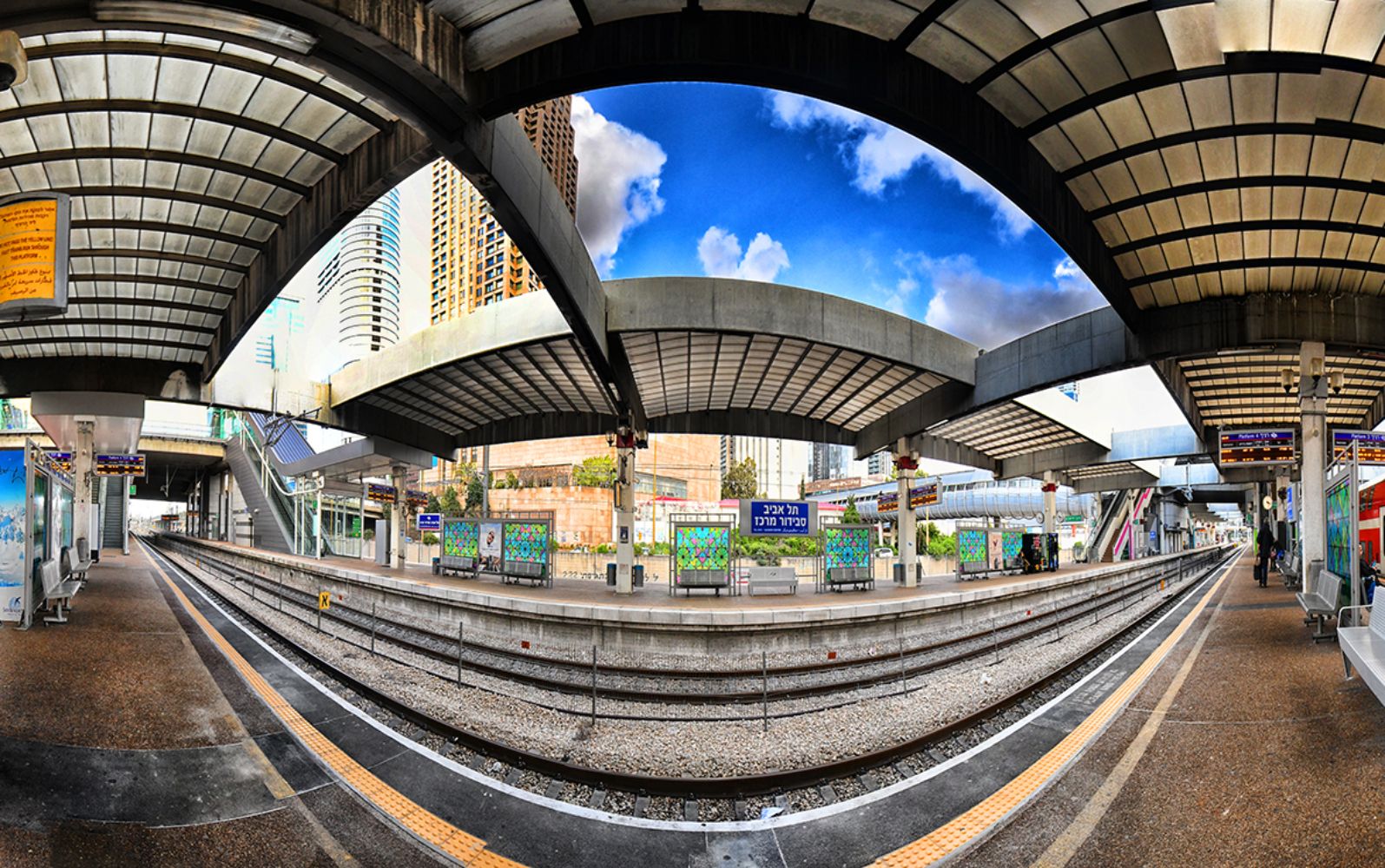 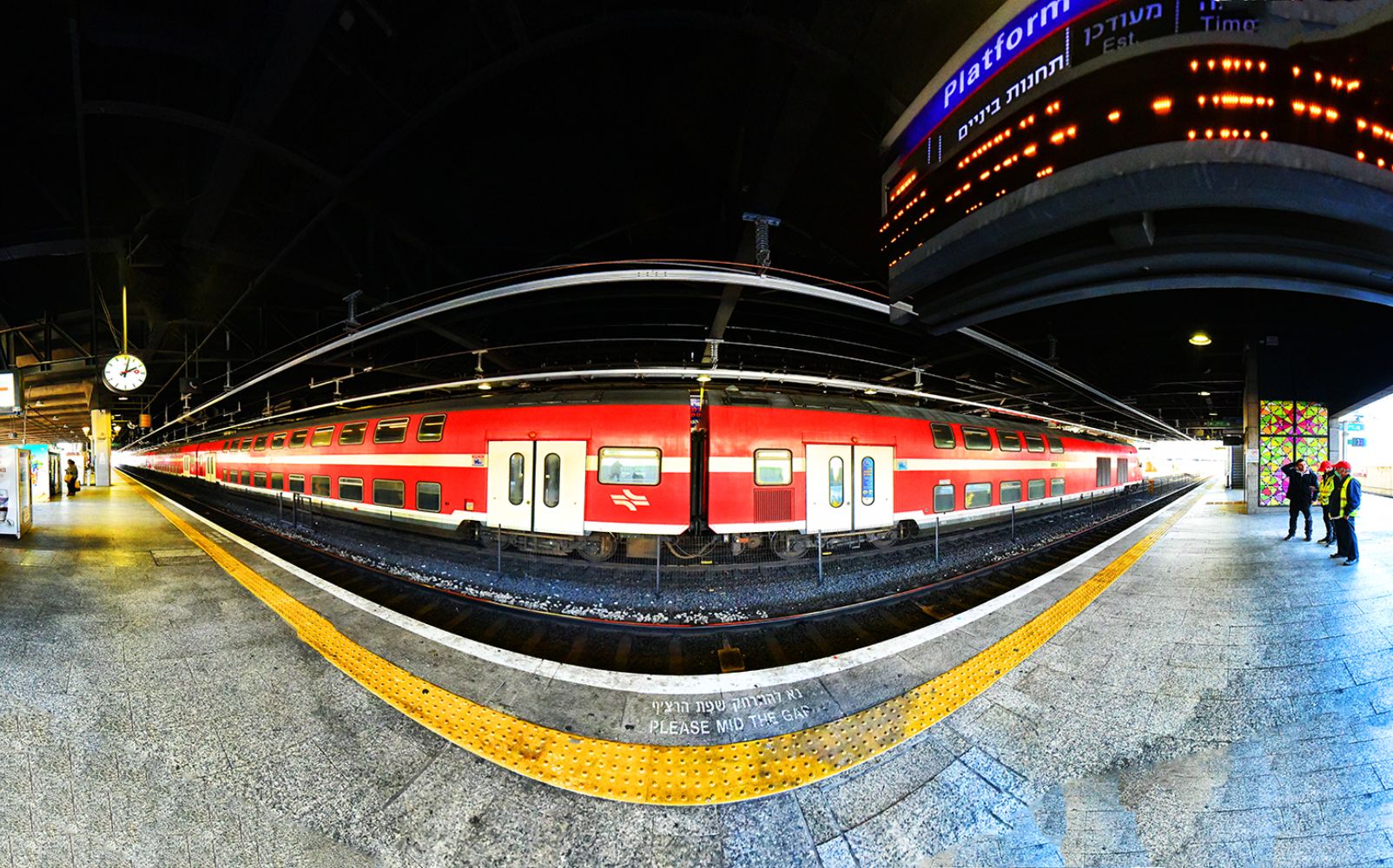 Israel Railways has announced it will utilize the prohibition on train journeys to work on the tracks and improve future service. Photo by Amir Chodorov 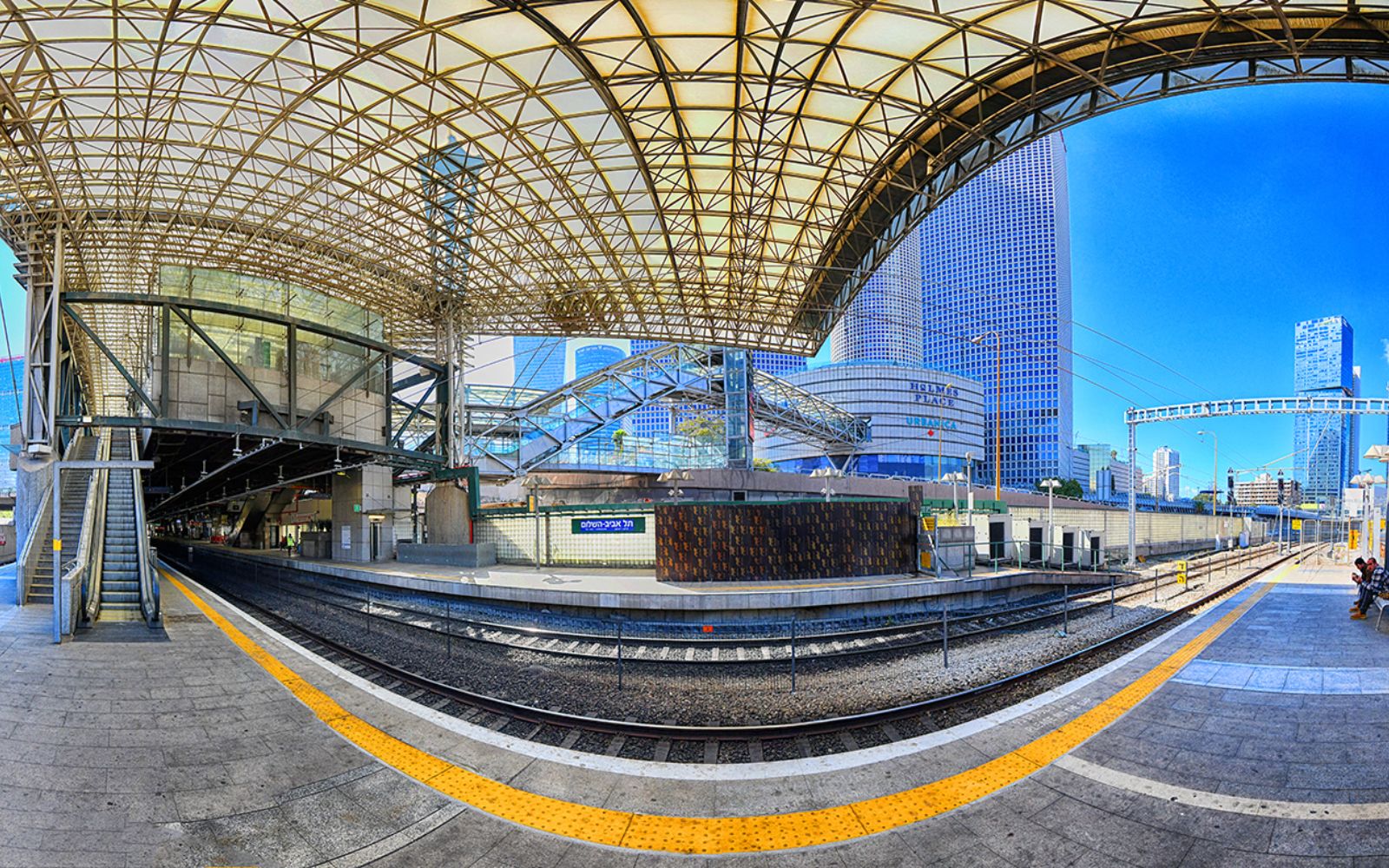 The Shalom train station and the adjacent Azrieli Towers. Photo by Amir Chodorov

To Chodorov’s mind, all the places he photographed are yearning to have their regular on goings and crowds back.

“There’s no specific place that I’d like to see coming back to life. I think that they all miss the hustle and bustle, and especially the energy that completes urbanity together with the people,” he concludes. 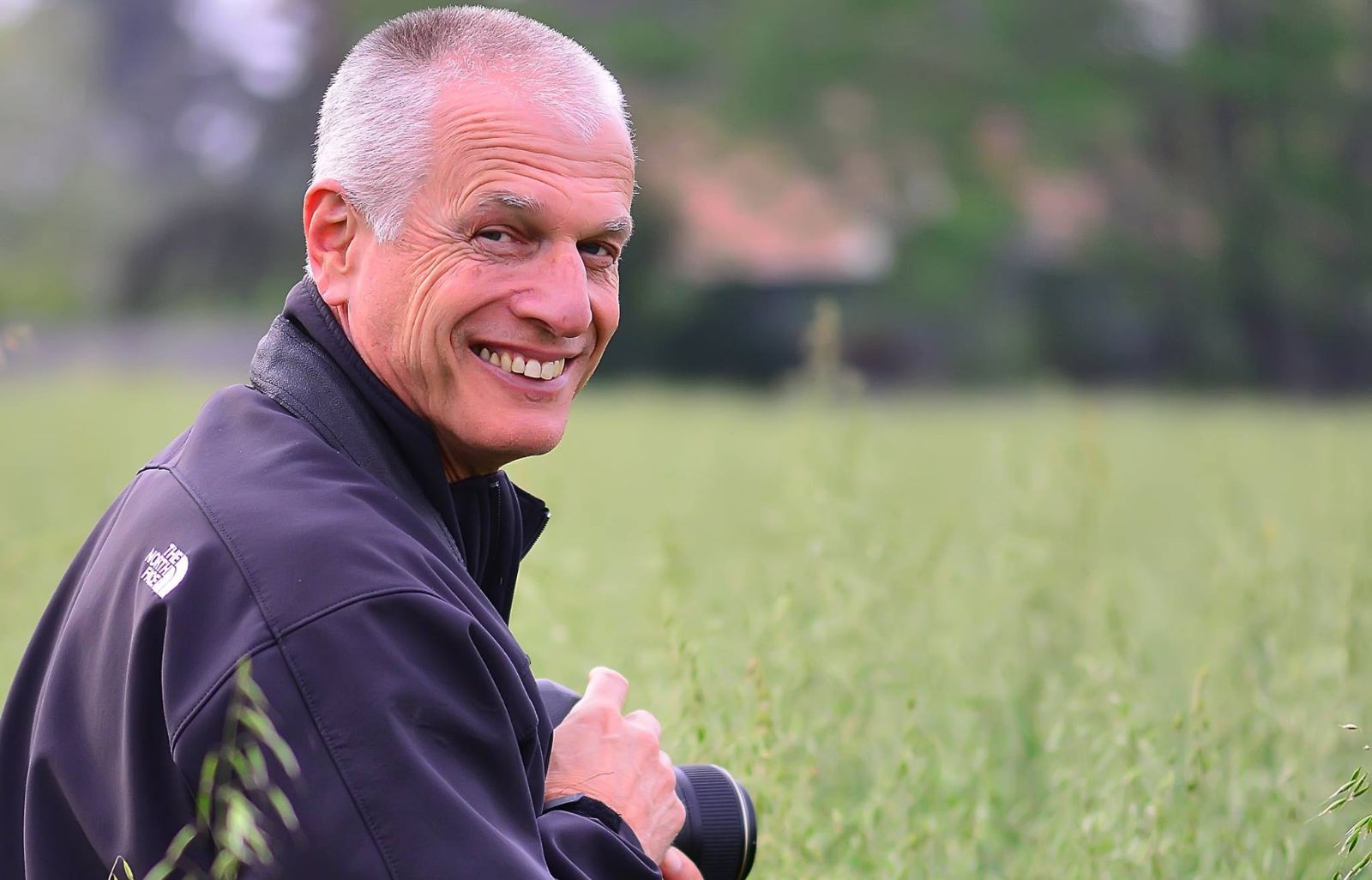