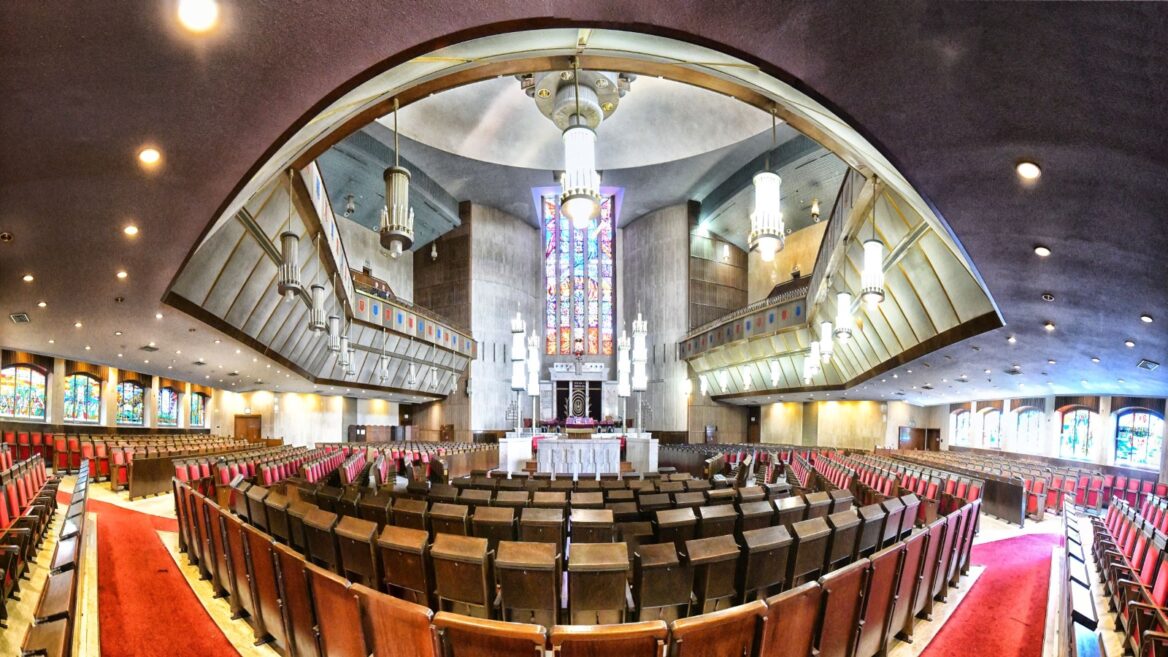 Jerusalem’s Great Synagogue, as seen through the lens of Amir Chodorov.

Think of grand houses of worship, and you’ll probably conjure up images of majestic cathedrals, imposing churches and magnificent mosques. Synagogues? Less so.

This perception is something Amir Chodorov would like to change. A former Israeli Army fighter pilot of 25 years, Chodorov has been a keen photographer since the age of 17.

His award-winning works, most notably of the Holy Sepulcher Church in Jerusalem, highlight the elegance and grace of urban landscape. And now he’s decided to turn his lens on synagogues.

“Synagogues sound kind of gray and miserable and not beautiful,” he notes. “I have to say two things. First, I was very sad because I discovered that they’re so beautiful and we don’t know that. Furthermore, I discovered that no one really comes to view them.

“And second, they’re so happy to be visited, that there’s an interest,” he says of shul goers, noting the fact that non-observant Jews hardly ever step inside synagogues. 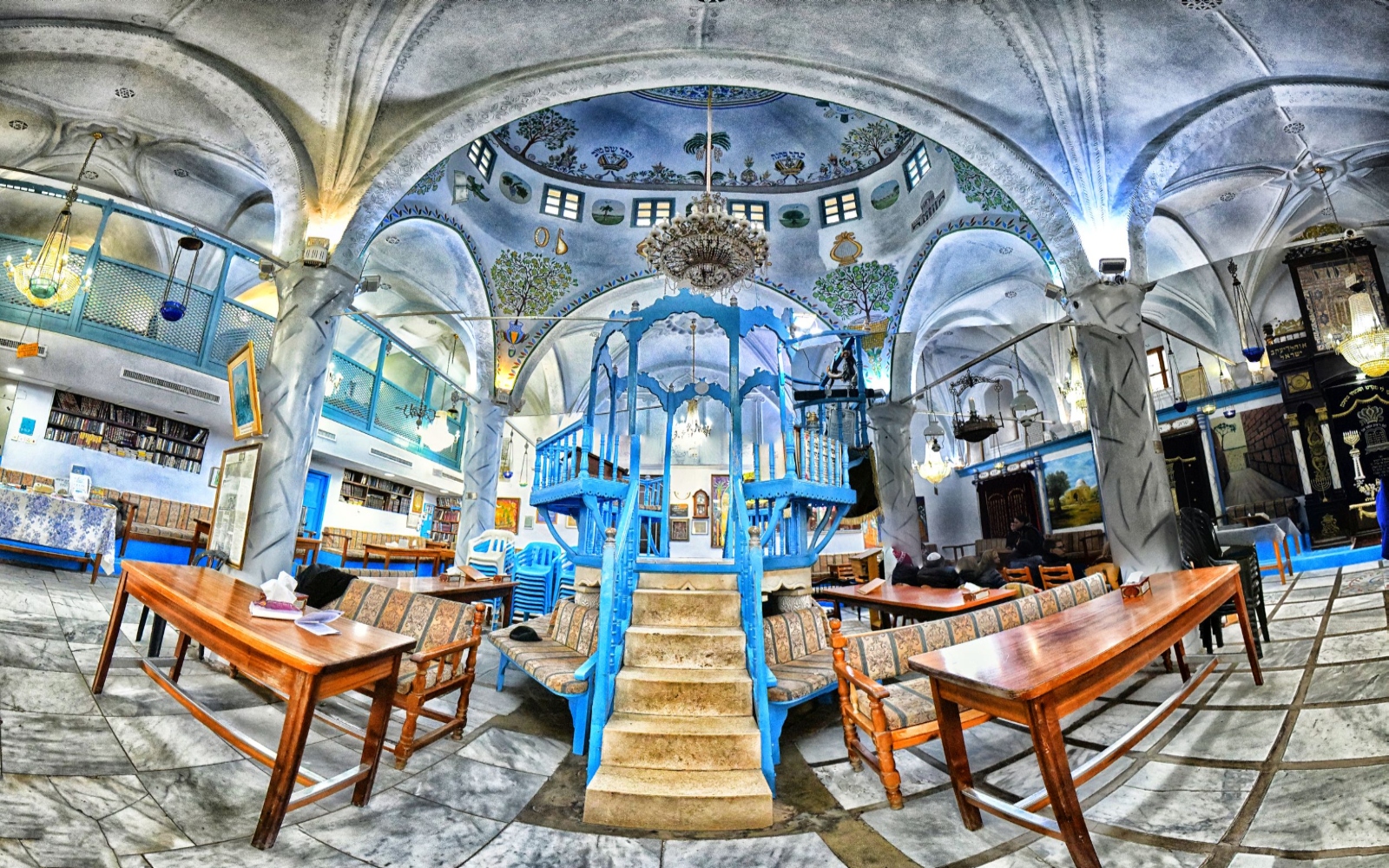 Chodorov’s photographs of 26 synagogues focus on design elements rather than on prayer and reveal the little-known places to be true architectural gems. Visitors can view them through May 2 at the open-air Gan Hamuzeun gallery in Holon south of Tel Aviv.

“The goal is really to bring out the beautiful and optimistic side. Maybe it will lead to people visiting [the synagogues]. That would make me very happy,” he says. 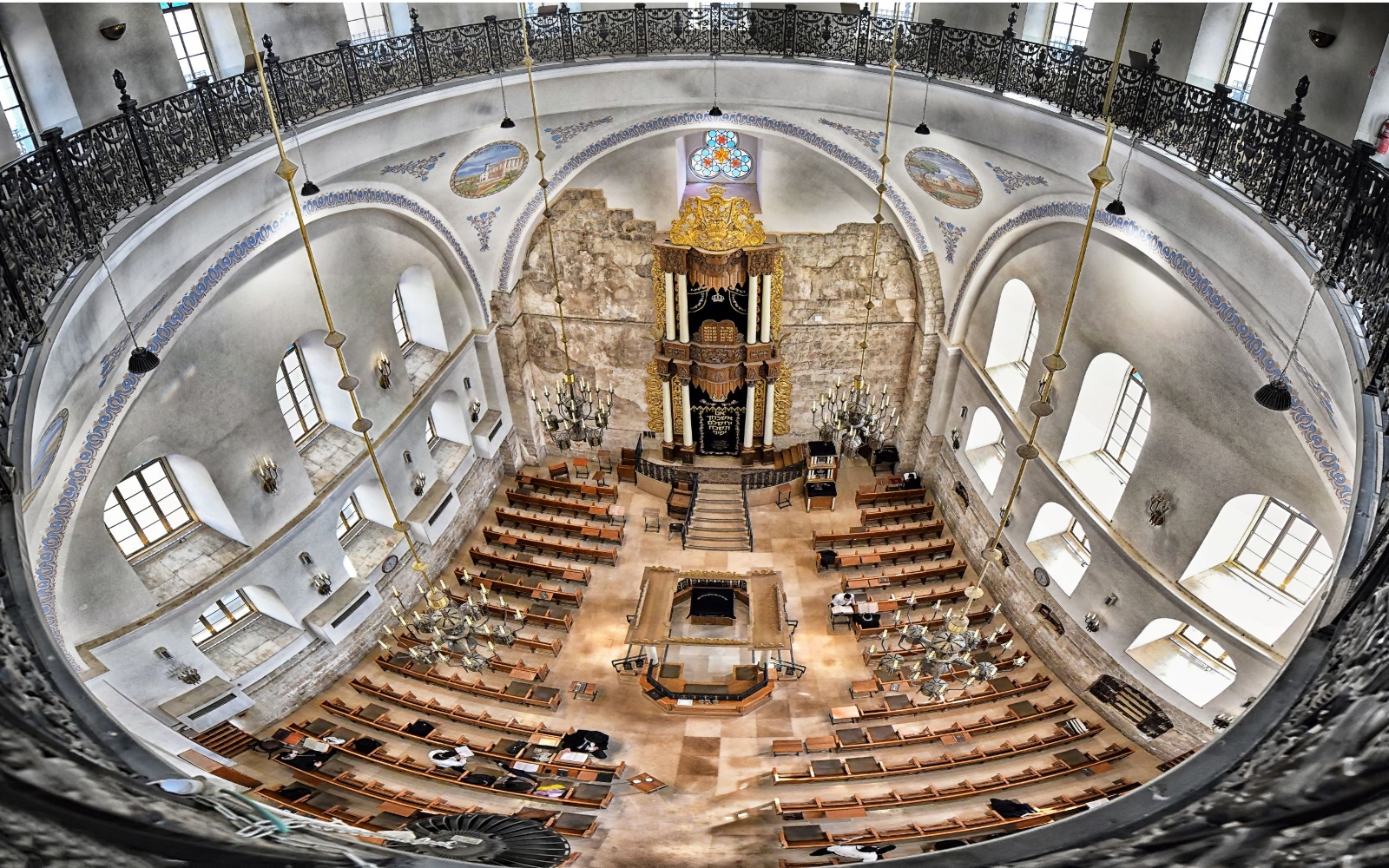 The Hurva Synagogue in Jerusalem’s Old City.Photo by Amir Chodorov

Puzzling the picture together

Not only is Chodorov’s subject matter unique, but also his technique.

“I don’t look through the camera when I’m taking a photo,” he states.

“The moment I take my eyes off the camera,” he explains, “I see all the details while taking photos on the camera.” 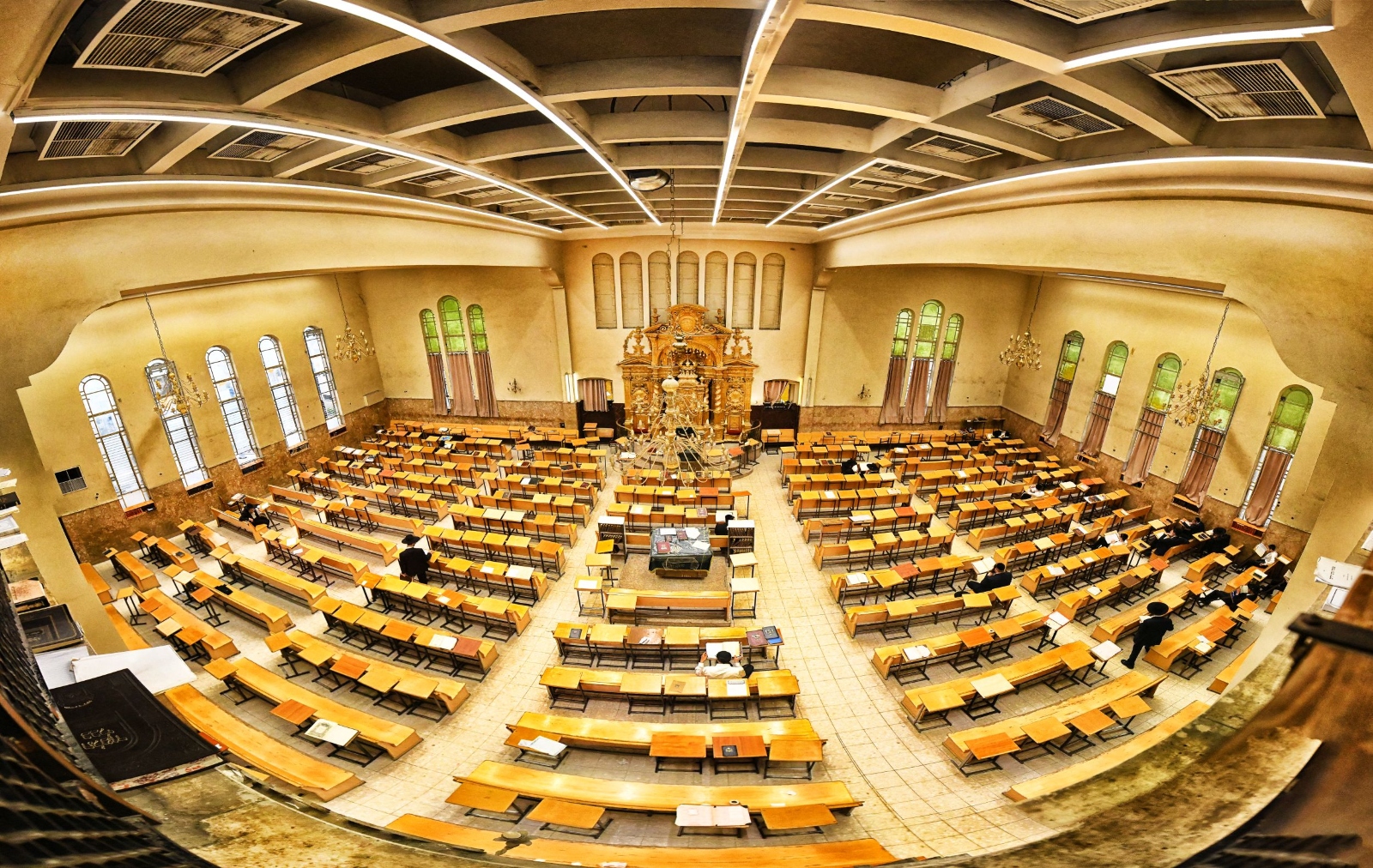 The Ponevezh Yeshiva in the Israeli city of Bnei Brak.Photo by Amir Chodorov

“I come to a certain place and study it,” he says. “I stand at certain points in which I start accumulating knowledge, through observation, and deciding what I want to put in the picture.”

“I take, say, between 20 and 30, or up to 400 or 500 photographs and then begin joining them together in parts. It’s really puzzle work,” he says. “The Old City of Jerusalem took me a month and a half to put together.”

And according to Chodorov, there are some similarities between being a fighter pilot and a photographer.

“I manage to bring a photo in which I float into the space and see things in a broader manner than others,” he says. “Of course, pilots who are flying a dog fight see a very broad picture that changes within seconds.” The Belz World Center in Jerusalem.Photo by Amir Chodorov

Now that’s he’s explored Israel’s synagogues, what going to be his next project?

“First of all, I’m resting from the previous journey. For about two months I didn’t eat or sleep,” he says.“There are a few possible directions and ideas and some inquiries to me mainly. It has to be something interesting that can be expressed and made interesting.”