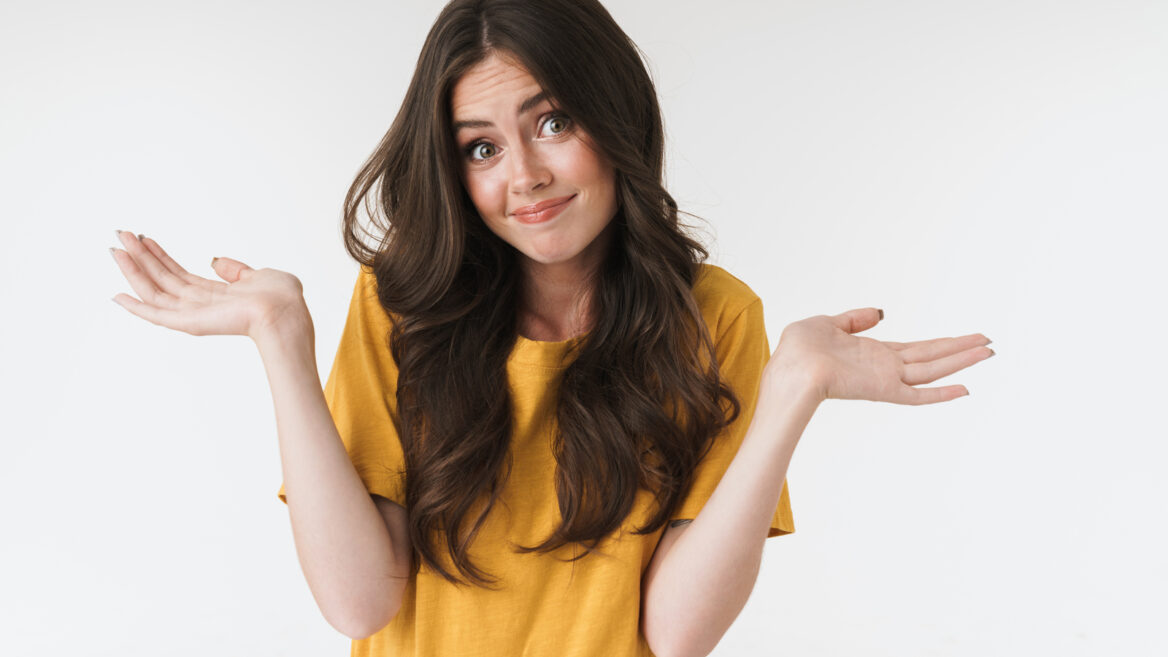 Sorry, but not sorry... Photo by Shutterstock

It’s this time of year again, the one where we solemnly look at our deeds of the past year, right our wrongs and ask for forgiveness.

Yet there are some things we have no intention of apologizing for: the hours spent in front of reality TV, our taste for the magnificent yet totally unnatural iconic Israeli strawberry-flavored chocolate bar and not really practicing Pilates five times a week.

Ahead of Yom Kippur on September 28, which is a much more serious affair than this article, we take a lighthearted look at a few other items that certainly won’t be among the apologies any Israelis – us included, of course – will be making this year. Because really, what’s wrong with Eurovision?

A phenomenon that no doubt already hits any overseas visitors upon touching down at Ben-Gurion Airport is the absolute Israeli inability to stand in line like the rest of humanity. In fact, lines in the Holy Land look nothing like the geometric shape the name suggests, but more like a moshpit in the most sold-out of concerts.

While leaving said visitors confused as to where the line begins and ends, us locals know exactly who’s where and the best spot in which to interject and sneak further up the line. And while this maneuver is often greeted with some good old-fashioned tsk-tsking and even the occasional high-pitched argument, it’s usually quickly looked over – because hand on heart, who here hasn’t done something similar just the day before?

This one is no laughing matter, as anyone who’s survived a short trip to the grocery store can tell you. Speeding, zero common courtesy and a deadly habit of texting while driving are all the hallmarks of Israel’s roads. The thing is, Israelis are only too aware of the perilous behavior going on here. But it’s never them. No, it’s always the other crazy drivers.

What do you mean you don’t have plans for dinner on Friday night? You have to come over. No, no, we insist. So what if you feel like having some time on your own, won’t know anyone there and can’t be bothered for polite conversation and copious amounts of food. There’s absolutely no way you’re going to be alone. Not to mention, did you know that my cousin is single?

Family is the most important thing in Israel. So important, that the fact that some people have yet to establish their own is enough to drive others insane. As any single person here can tell you, it’s a full-time job warding off matchmakers. Everyone has a cousin, a friend, a boss, a neighbor – even a colleague they can’t stand – who would be absolutely perfect for you. Trust us, you won’t regret it.

Considered absolutely taboo probably everywhere else in the world, discussing how much you and others earn is pretty much a national pastime in Israel. And we’re not talking discreet conversations among family and close friends – even relative strangers won’t shy from asking you how much you take home each month. Does it stem from competitiveness? Jealousy? Greed? Or perhaps pride? No idea. Nor does it matter, since it’s not wrong.

An Israeli hotel breakfast room is a sight to behold: tables groaning under platters of food, ranging from endless salads and every form of egg known to man to ridiculous amounts of bread, cheese and spreads. And people are eating it all, going back to the buffet again and again and again. And it’s not that different in many Israelis’ private homes – Friday night dinner, for example, is considered a stingy affair if you don’t leave it with your trouser buttons popped open and a resolution never to eat again. And don’t bother trying to say “No” when offered even more food. It’s just not worth it.

Let’s say that you arranged to meet with your Israeli friends at 7pm. Don’t expect to find them in place until at least quarter to eight, or to apologize for leaving you hanging. It’s apparently an unwritten rule never to arrive anywhere on time, and in fact arriving right on time, or, God forbid, early, is considered incredibly rude. Just ask any hostess who was still in the shower when the doorbell rang.

What’s not to love about the Eurovision Song Contest? The less-than-mediocre songs? The horrific outfits and embarrassing dance routines? Don’t believe the Israelis who proclaim to absolutely hate the annual international singing fest and know nothing about it. There’s no way they didn’t watch it.

Ask any Israeli who’s just come back from New York (pre-pandemic, of course) what the city’s like, and aside from a detailed description of Zara on Fifth Avenue you’ll most likely hear that there’s absolutely no place in the entire city to get a decent cup of coffee. Israelis are rightly proud of the local coffee culture and the incredible array of coffeehouses around the country. Starbucks just doesn’t cut it. And no super tall grande latte is going to convince us otherwise.

Courtesy of the coronavirus crisis, people around the world are now discovering the wonderfulness of ditching their heels and lace-ups in favor of ever more comfortable sandals or standalone socks. But to Israelis, the delights of airing our toes is nothing new, since even in the best and most healthy of times we go into the office clad in no more than simple flipflops. Yes, like the ones you wear to shower at the swimming pool. And it’s not only offices and business meetings – flipflops are a must even in the fanciest of weddings, switched into right after the groom breaks the glass. Because the phrase “no pain, no gain” has clearly yet to make aliyah.