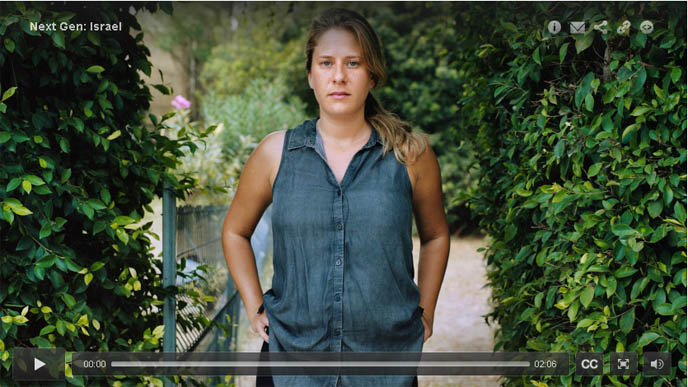 Adi Altschuler is one of TIME magazine's 'leaders of tomorrow.' (Screen Grab)

A 27-year-old Israeli social entrepreneur has been named a ‘Next Generation Leader‘ by TIME magazine for her role in building communities of kindness. Adi Altschuler, the Israel manager of Google for Education, is one of six young people from around the world to be honored by the magazine.

“It is not enough, or even necessary, for a leader to be exceptionally good at his or her chosen discipline. What a leader must be exceptionally good at, however, is inspiring others to believe in a shared vision. That’s hard to do, especially when a young scientist, entrepreneur or activist has had only a short time to form a plan and build a team,” TIME magazine writes in its introduction to how it chose “these leaders of tomorrow who are working hard to change their worlds today.”

Altschuler’s write up in the magazine talks about her role in founding Krembo Wings youth movement for children with special needs (which today has 35 branches across Israel with over 3,000 volunteers), her role as mentor for other social entrepreneurs, a new organization she recently founded that encourages Israelis to think differently about the impact of the Holocaust, and about her day job as the Israel manager of Google for Education, a Google department that trains tens of thousands of Israeli teachers in new ways of teaching and integrating technology in classrooms “to make learning magical again.”