Leaders and decision-makers from multi-national companies like Bayer and PepsiCo recently came to Israel for a four-day event called Agrivest.

They came to get their boots dirty at Israeli high-tech farms, but also to talk in first person to a broad range of Israel’s agritech entrepreneurs, letting them know what the industry needs.

The idea behind the second annual Agrivest event, run by the Trendlines Group and its Trendlines Agtech (formerly Mofet Venture Accelerator), was to help build momentum –– to align Israel’s startup-nation smarts in agriculture technologies with the corporate world at large, and vice versa.

Israel develops jaw-dropping agritech to meet local needs, but its real market is out in the wide world, in both the developed and developing world.

But forget about tractors, drip irrigation piping, or state-of-the-art sorting machines. Israel’s latest breed of technology companies in the agritech space differs from the days of yore. These businesses use the latest in biotech and IT to make the farm more tech-friendly, environmentally sound and efficient. 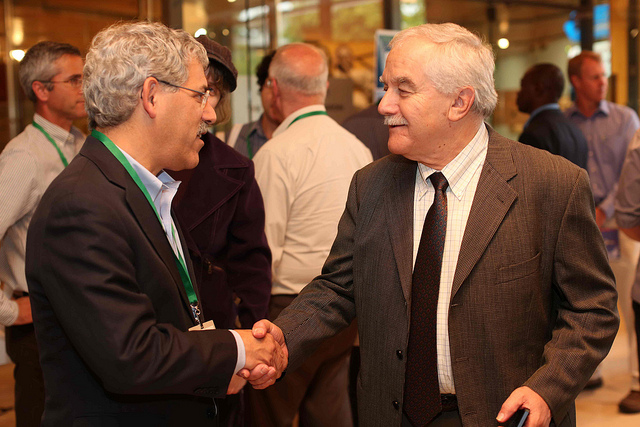 Consider Israeli companies like Beeologics (bought by Monsanto), which makes a vaccine to prevent bee colony collapse; the plant breeding company Evogene and plant trait developer Rosetta Green (also bought by Monsanto); and one of the latest players, Kaiima, which managed to achieve an astounding $65 million round of funding for its non-GMO crop amplification technology.

Kaiima still has to prove itself, but yes, these are some of Israel’s best and latest ag-tech success stories, says Nitza Kardish, CEO of the Trendlines Agtech investment firm.

The star-studded event included leaders from Monsanto, Bayer, Syngenta, and PepsiCo. In a rare turn, these billion-dollar companies shared their playbooks with international and local financers and entrepreneurs.

Speaking with ISRAEL21c at Agrivest, Kardish also points out that Israeli companies are very in tune with the little guy — the farmer — and some sell directly to the end user. Not all the new agritech companies from Israel are aiming for a big spectacular exit like in the high-tech scene, she says.

Kardish mentions three representative companies nearing the market: Catalyst Agtech, which detonates destructive pesticides before they hit the water table; Metabolic Robots, which feed chickens when they are hungry and according to size and age to prevent mortality; and miRobots, a company that creates milk “bots” to better automate the dairy industry. 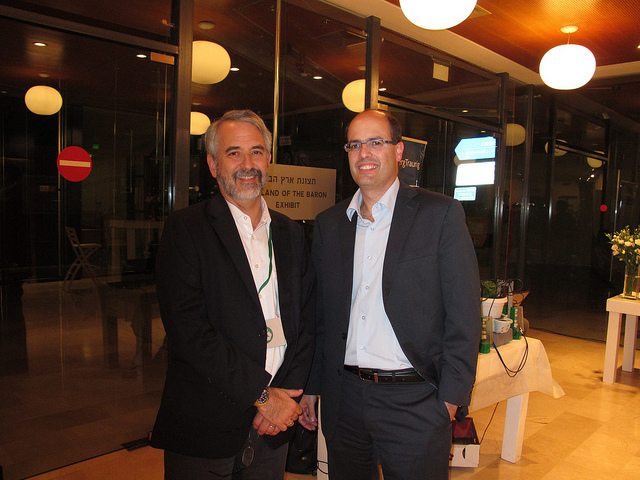 In agriculture it’s all about yield, and therefore the basic theme of the one-day conference was feeding a growing population in the face of the unknowns of climate change. The event was set inside the Land of Israel (Eretz Israel) Museum conference hall.

‘We are the proof of concept’

In a sort of game-show format, visitors got to choose who presented the most innovative startup company from Israel, one that could best meet the market needs.

Out of a field of 12 companies, the winner was Rootility. The company is funded by the ISRAEL21c-featured venture capital firm Green Soil. The company is able to create plants with heartier roots, which leads to greater crop output.

Israeli Chief Scientist Avi Perl, from the Ministry of Agriculture, also unveiled Israel’s latest super project: the Wikipedia of agriculture, or, as he put it, the new “Agripedia.”

Israel, he proclaimed, has passed the stage of producing proof on concepts. “We are the proof of concept,” he said.

Entrepreneurs in Israel will now benefit from an added $25 million in the R&D budget, he says, and a new agro park is being constructed in Beit Dagan at the Volcani Center-Agricultural Research Organization.

In ag-tech today, the focus is on taking the unknowns out of the agriculture industry to the greatest extent possible. “We can’t control the weather,” Perl said. “But we can minimize our dependence on the weather, or what we call God.”

Israel’s Agriculture Minister Yair Shamir said that with a “dramatic increase of climate change and the world’s population, this is agriculture’s finest hour.”

For more about Agrivest, and to sign up for next year’s event, see http://www.daattravel.com/agrivest-conference-2013.aspx.