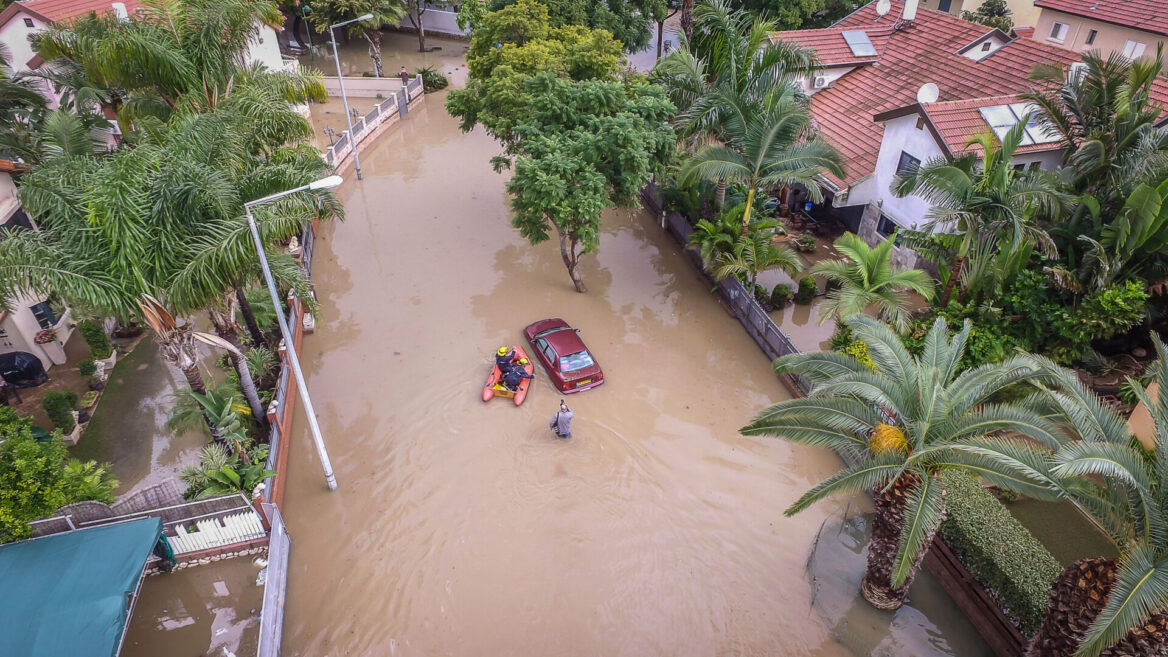 A fire fighter on a boat rescues people stuck on a flooded street after heavy rains in the southern Israeli city of Ashkelon. Photo by Edi Israel/Flash90

Upturned cars, swept-away roads, broken-down bridges and untold damage to life and property are all the hallmarks of flash floods. And this intense and violent natural phenomenon seems to be popping up on our screens with alarming frequency.

Are these potentially deadly floods really increasing? Why do they happen in the first place? And what does climate change have to do with it all? 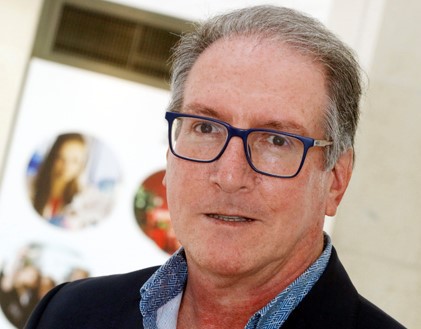 “Flash floods are floods which come in a flash, which means they come very fast and are caused by lots of rain in a very short period of time,” Price explains. “It’s not easy to predict them; they happen very quickly, and their onset can be in minutes after the rain starts to fall.” 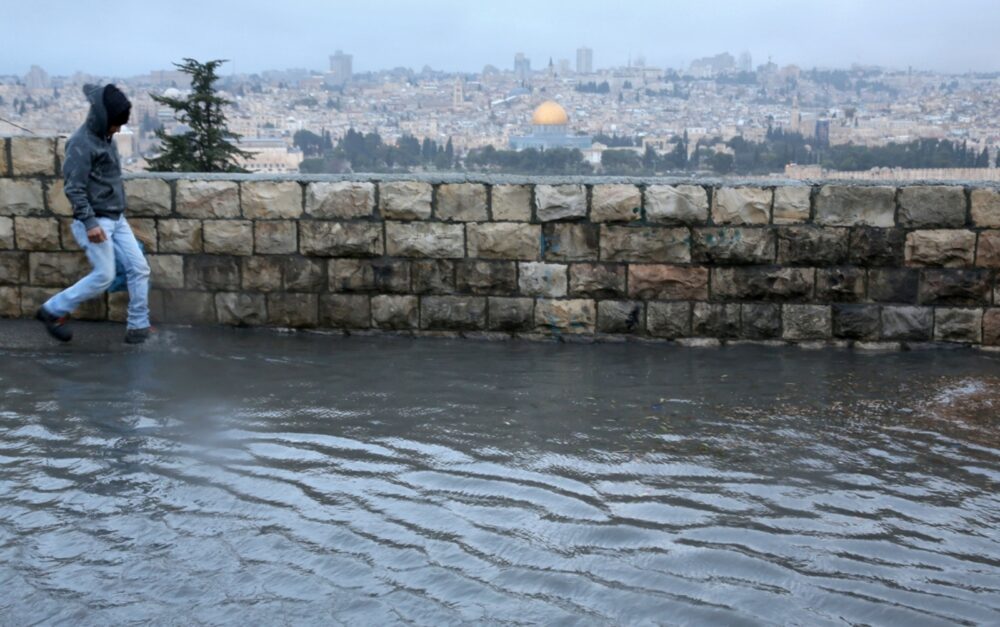 The Dome of the Rock is seen in the background of a young man in a flooded street after heavy rain hit Jerusalem. Photo by Nati Shohat/FLASH90

Because flash floods occur across the world and tend to be highly localized and brief, they are difficult to monitor. However, scientists see evidence that both the frequency and intensity are increasing.

“We don’t have the best data and long enough data,” Price notes. “But the models predict that we should see more intense storms and flash floods in the future.”

Two reasons for this predicted uptick are climate change and the urbanization process, Price says.

“As the climate warms and the temperatures warm you have more evaporation from the plants and the oceans. We have more water vapor in the air so it becomes more humid, and that humidity is the basis for the storms,” he explains.

“The more humidity we have in the air the more water there is to fall out of those clouds when it rains.” 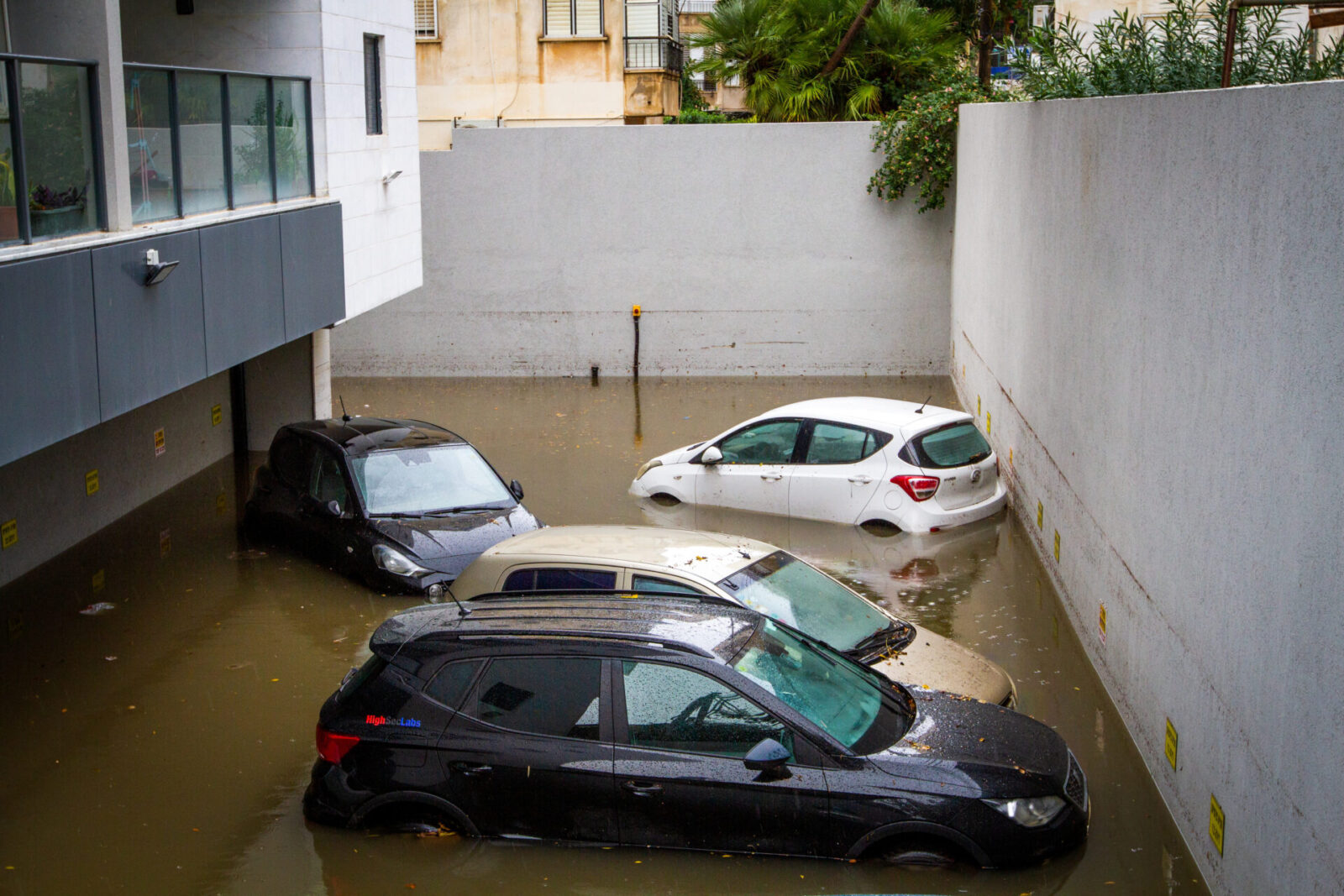 View of a parking lot that was flooded following heavy rainfall in Netanya, on November 20, 2021. Photo by Flash90

Changes on the surface are also to blame.

“In urban regions where we’re paving over parks, the water cannot seep into the ground, or less than it could in the past. The water doesn’t have anywhere to go. When you cover things with parking lots and buildings the water stays longer on the surface.”

“They can be quite violent,” Price notes. “Because of the power of the water you can get very strong flowing water which can turn over cars, damage infrastructure, sweep away people. Because it comes so suddenly people aren’t prepared and can’t evacuate.”

One chilling example occurred in 2018, when 10 teens hiking in Israel’s Arava Desert were suddenly swept away and killed in a flash flood.

“If you get caught in the flood there’s not much you can do because of the power of the water. Just a few centimeters can knock you off your feet,” Price explains. “And the deeper the water, the more difficult it is to get out and save yourself.”

Even with global warming and large parts of the world predicted to receive less rainfall in the future, flash floods may only increase.

“At the end of the [rainy] season we’re still seeing less water in reservoirs for drinking, but we’re seeing more intense rainfall coming and that can have more damaging consequences, resulting in more flash floods,” Price explains.

“I don’t have data to say whether it’s a global phenomenon,” he admits. “But in reality when we do have storms coming they’re becoming more intense.” 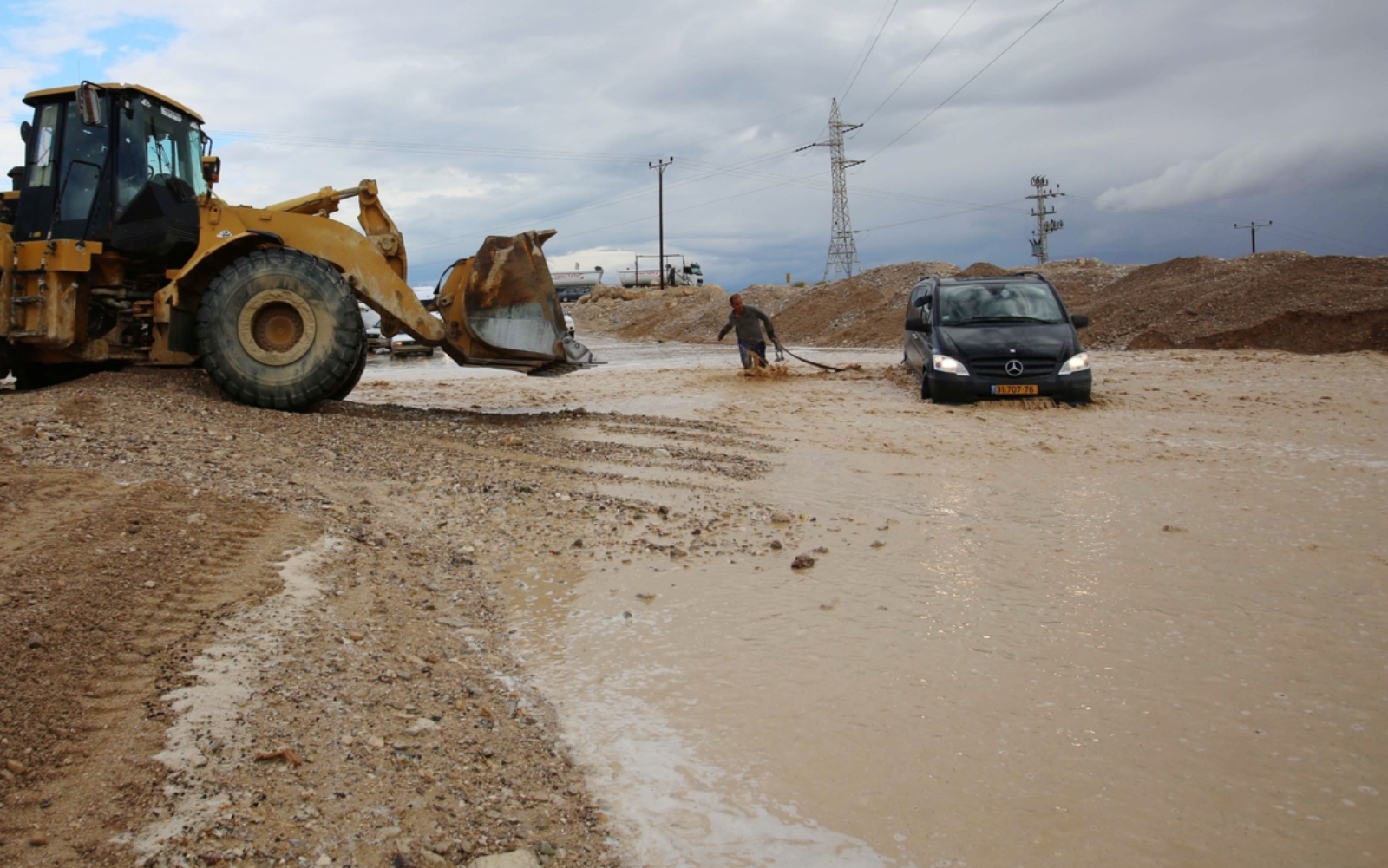 A car stuck in the floods after heavy rain outside Jerusalem. Photo by FLASH90

“They normally occur in the southern part of Israel where the soil is very dry anyway and doesn’t have much vegetation, so the rainfall doesn’t seep very deep into the soil,” Price says.

“The flash floods you see in Israel are really not that much rainfall, but a rather modest amount of rainfall concentrated in a short period of time.”

While there’s nothing to be done to stop rain from falling or flash floods from occurring, we can improve the way we deal with them.

“We can reduce the damages and deaths by giving people early warning,” Price notes, “basically to warn the public that there’s a likelihood of a flash flood.”

Price’s research focuses on utilizing another stormy element – lightning – to give a heads-up to the public.

“The idea is that lightning can be detected immediately in real time,” he explains. “The water takes more time. By monitoring the lightning we might have half an hour lead time before the flash floods occur.”

This way, people in the vicinity can be alerted on their cell phones, for example, to evacuate the area and stay safe.

Another approach has to do with minimizing the damage that occurs once the rains hit the ground.

“On the engineering side, there are people trying to improve the inflow of water into the surface in cities so that there’ll be less city flooding,” Price says.

“There are some plans, for example, in cities to convert certain squares or gardens into mini-reservoirs so if there is a flood it will collect in an area. There are some places I’ve seen where they’ve developed cement blocks with holes in them — permeable sidewalks — so water can seep in.”

UNCOVER ISRAEL - Get the ISRAEL21c
Weekly Edition free by email
Sign Up Now!
Bring Israel's story to life.
Millions of people around the world rely on us to gain a deeper understanding of Israel. We are the trusted source for original content you won't find anywhere else.
You can make a difference. Donate today to support journalism that brings Israel’s story alive.
SUPPORT ISRAEL21c
Read more on:   Environment, Climate Crisis, Flash Floods, Climate Change, Colin Price