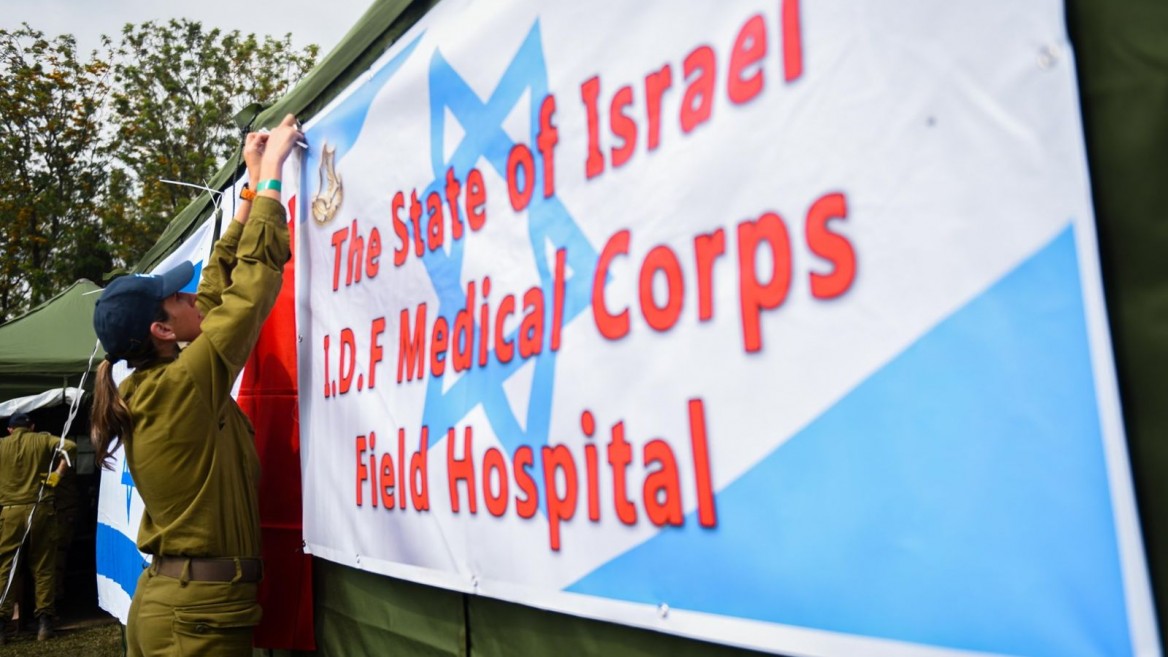 When disaster strikes, Israel’s government, army and aid agencies are always among the first to send material and expert assistance, whether it’s earthquakes in Haiti and Nepal, tsunamis in Sri Lanka and Japan, typhoon in the Philippines or other mass disasters in Turkey, India, Mexico, El-Salvador, Greece, Rwanda, Armenia, Indonesia and New Guinea.

If local hospitals are out of commission or overwhelmed, the Israel Defense Forces can get a field hospital functioning within 12 hours of arriving at the setup site, an awe-inspiring feat of logistics unmatched by other countries.

How do they do it?

ISRAEL21c asked Prof. Kobi Peleg, a world-renowned expert on disaster management and a veteran of numerous Israeli medical aid missions spanning from the Armenian earthquake in 1988 to the Nepal earthquake in 2015.

The short explanation is the IDF’s combination of experience, systematic precision and extraordinarily motivated and qualified personnel, says Peleg, who directs the Israeli National Center for Trauma and Emergency Medicine Research and chairs Tel Aviv University’s English and Hebrew master’s programs in emergency and disaster management.

Each time Israel completes a medical relief mission, the operation is analyzed and processes tweaked for even better efficiency the next time. 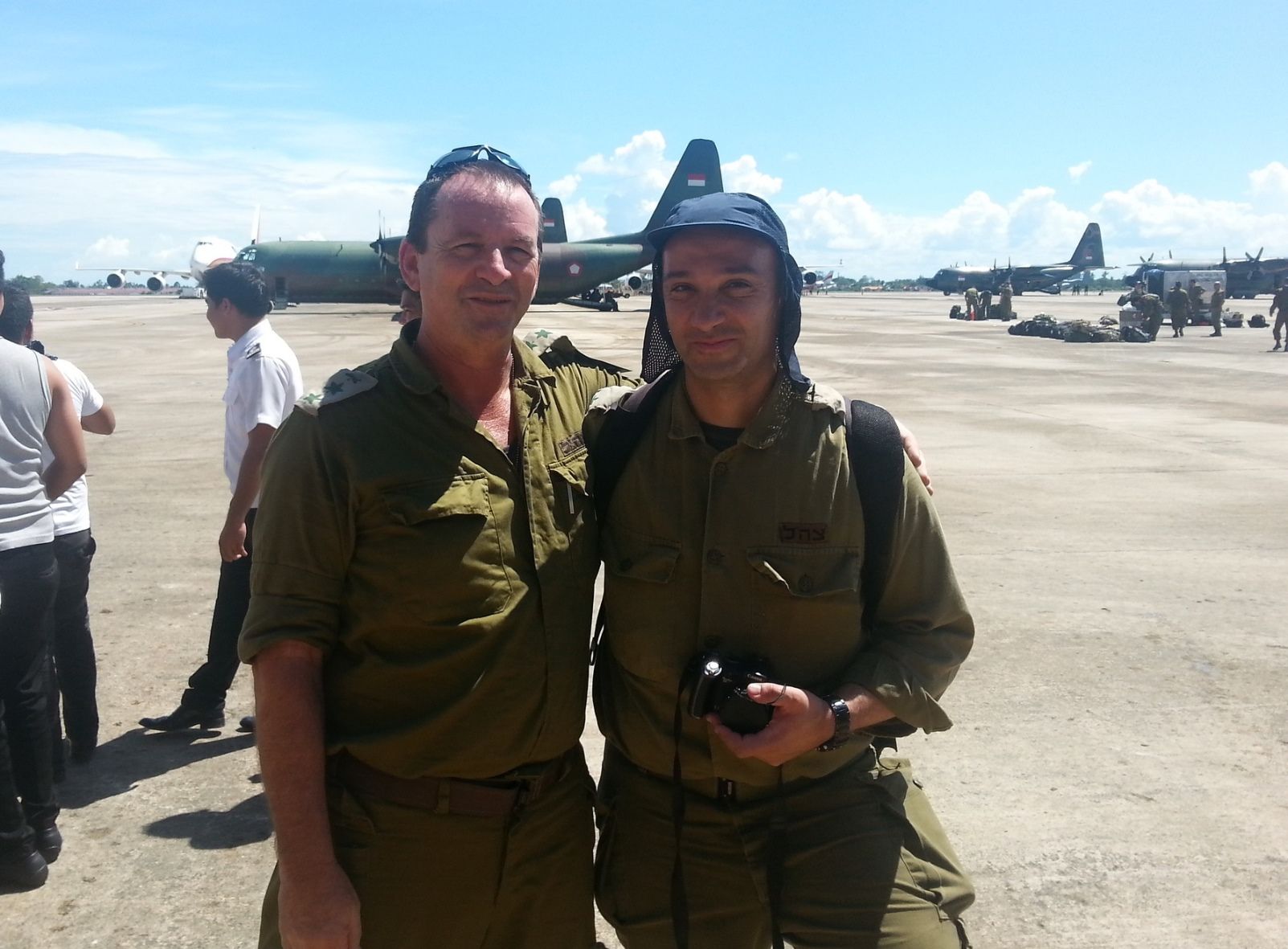 Peleg has headed the IDF military medical school and the medical branch of the Homefront Command, and was deputy commanding officer of the IDF emergency field hospital in Armenia. UNDAC, the United Nations Disaster Assessment and Coordination agency, counts on his expertise in situations across the globe.

Setting up a field hospital in 12 hours

“Some hours before the medical delegation leaves, an advance team of three to six people goes to assess needs and find a site where we can set up,” says Peleg.

As soon as the medical and logistics teams touches down, everyone gets to work immediately, even after long and grueling journeys. “Nobody goes to sleep,” says Peleg. “It does not matter if you’re the director general of a hospital; if you’re on the Israeli delegation, you work as hard as the logistics people.”

The team pitches around 20 treatment tents and then unpacks and arranges appropriate equipment for each tent. If the disaster was an earthquake, the largest unit will house trauma and orthopedics, says Peleg. If it’s a pandemic, the main tent will deal with infectious disease treatment and control; if it’s a fire, the burn unit is the main tent. 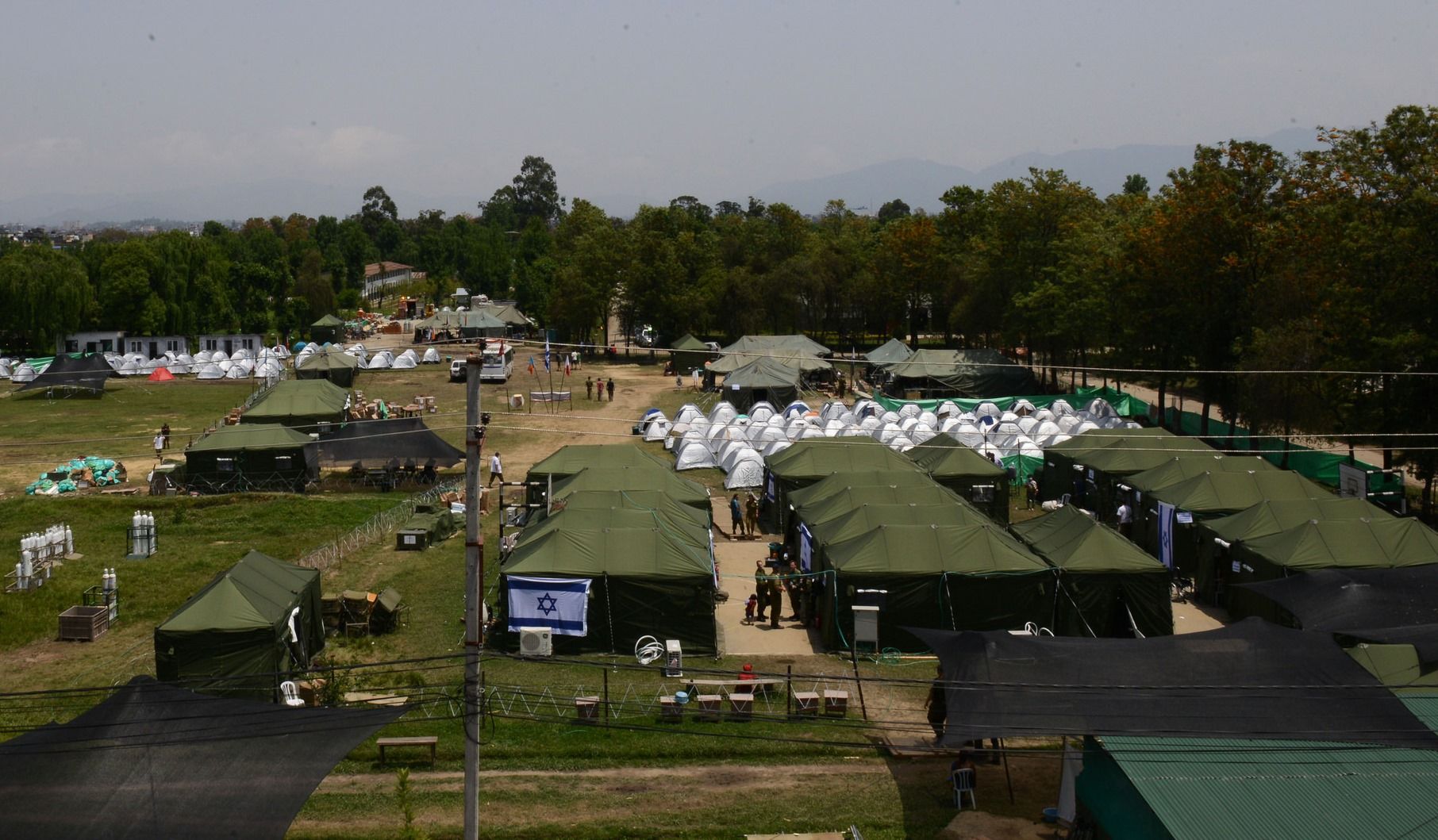 Overview of the IDF emergency field hospital in Nepal. Photo by IDF Spokesperson

After disaster victims are treated, the field hospital gets busier with “ordinary” patients while the country’s own healthcare system is in recovery mode.

“Before starting to work, we meet with the commanders and all the people in the field hospital,” says Peleg. “The commander gives an overview of the mission and outlines how he wants everyone to be organized, which is very important. Every evening we summarize the day, discussing if we need to change anything and if there are any special issues to be addressed.”

“In Haiti, for example, we had two surgical tents from Colombia as part of the IDF hospital, as well as physicians from the US and nurses from Canada,” says Peleg. He oversees all these coordination efforts and makes sure other hospitals can handle the patient flow when Israel’s delegation leaves.

Lots of decisions before leaving Israel

A flurry of decision-making and coordination precedes the unfolding of the first hospital tent in any disaster area, emphasizes Peleg, who has a doctorate in health administration and policy.

Once the host country accepts an offer of help and Israel’s Foreign Ministry approves sending a delegation, authorities must determine the most urgent type of assistance. It could be search-and-rescue, food, engineering or medicine. Will medical equipment or medications suffice, or should Israel send a delegation to treat patients?

“These are very complicated decisions,” said Peleg. “Ideally you would wait until an assessment is done to determine how many hospitals are damaged, how many and what types of casualties there are, and how many international medical delegations are on the way. But in a large-scale disaster, the communication networks, roads and airports may be damaged, and it’s a mess. Usually we won’t have real answers until 24 to 48 hours later.

“Yet the clock is running against you. People trapped after an earthquake, for example, can survive an average of three days without liquids and five days without food — if the weather isn’t too extreme. Every 24 hours that passes, we have less chance of finding survivors. Also there is usually a lot of logistics and travel time involved, so if you wait for an assessment you won’t even land till three or four days later, and then it takes another 12 hours to set up the field hospital.”

The other option is to respond rapidly and rely on educated guesswork. This is what the Israelis do most often.

“We have enough experience to know approximate needs, so we take a chance and go with what we think we’ll need,” says Peleg. 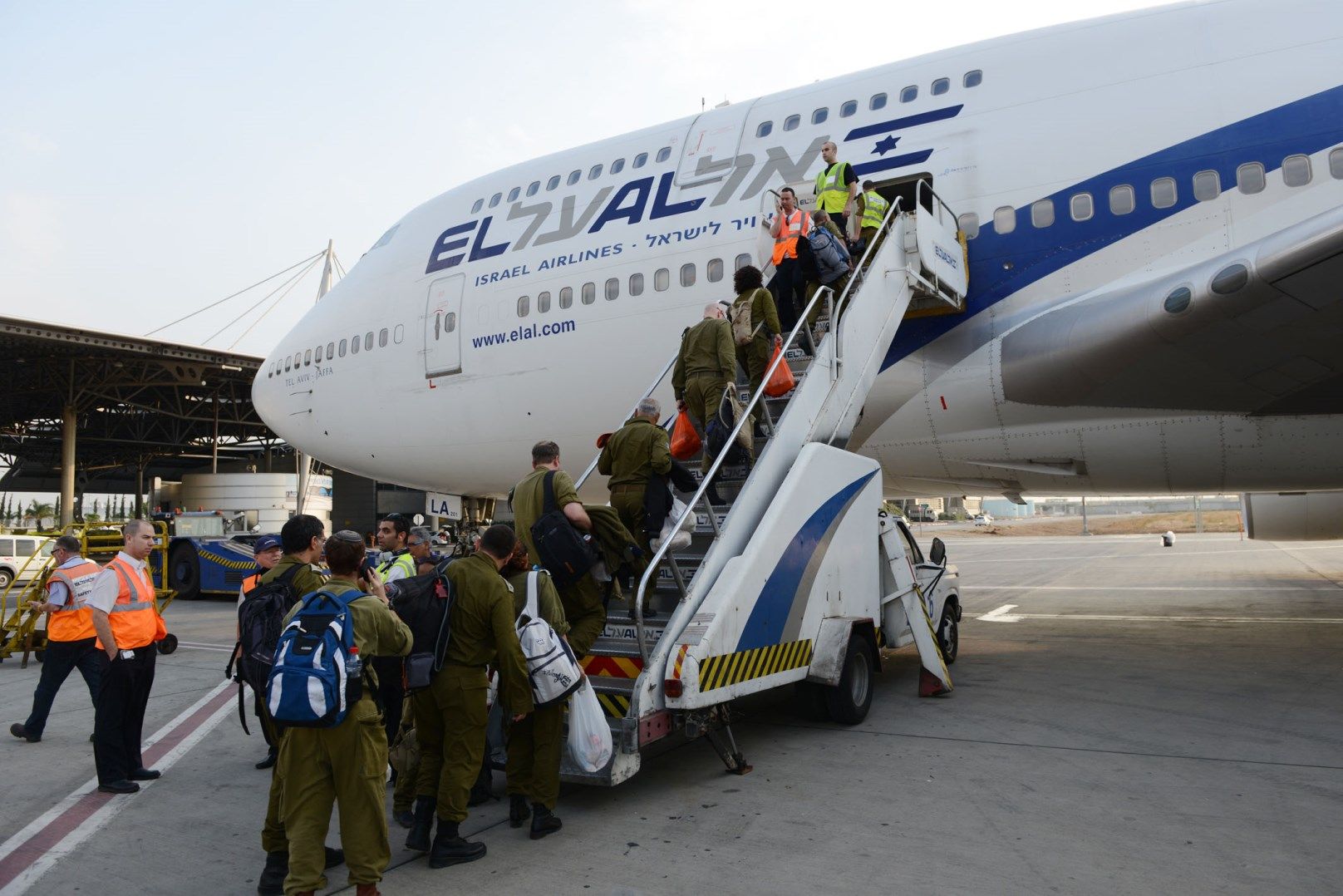 IDF rescue workers boarding an airplane to the Philippines on November 13, 2013. Photo by IDF Spokesperson/FLASH90

Decision-makers from governmental and military units – including the Ministry of Defense, which supplies the planes and funds – scramble to organize communications and logistics, manpower and materials from the public and private sectors.

Because the military deals mostly with adult males between the ages of 18 and 40, it does not have medical supplies for pediatrics, obstetrics and geriatrics. So equipment must be gathered from Israeli hospitals and the Ministry of Health as well as the IDF.

At the airport, the assembled equipment is weighed and then another difficult round of decision-making ensues.

“If we need to bring 120 people, every person with his or her personal baggage will have about 100 kilos, so for each person you can take 100 kilos less equipment and vice versa,” explains Peleg.

“And if you need to bring drinking water, food and generators, which you often do in large-scale disasters, that’s even more weight. You have to decide at the last minute what not to take, and often you find you need things you chose to leave behind.”

Missing supplies can be sent easily enough if the mission is close to home, but if it’s farther afield – say, Haiti or the Philippines – the delegation has to manage without or ask Israelis coming later to bring lightweight items.

Better with every mission

The IDF medical mission to Nepal – deployed within 30 hours of the disaster — was Israel’s largest ever, including about 120 healthcare workers, 45 physicians and 95 tons of equipment including a lab, x-ray machine and medical informatics system.

The staff of the 60-bed IDF field hospital under the direction of Col. Dr. Ofer Merin (and head of the trauma unit at Jerusalem’s Shaare Zedek Medical Center in civilian life) treated 1,600 patients, performed more than 85 surgeries and delivered eight babies before folding up the tents on May 11. 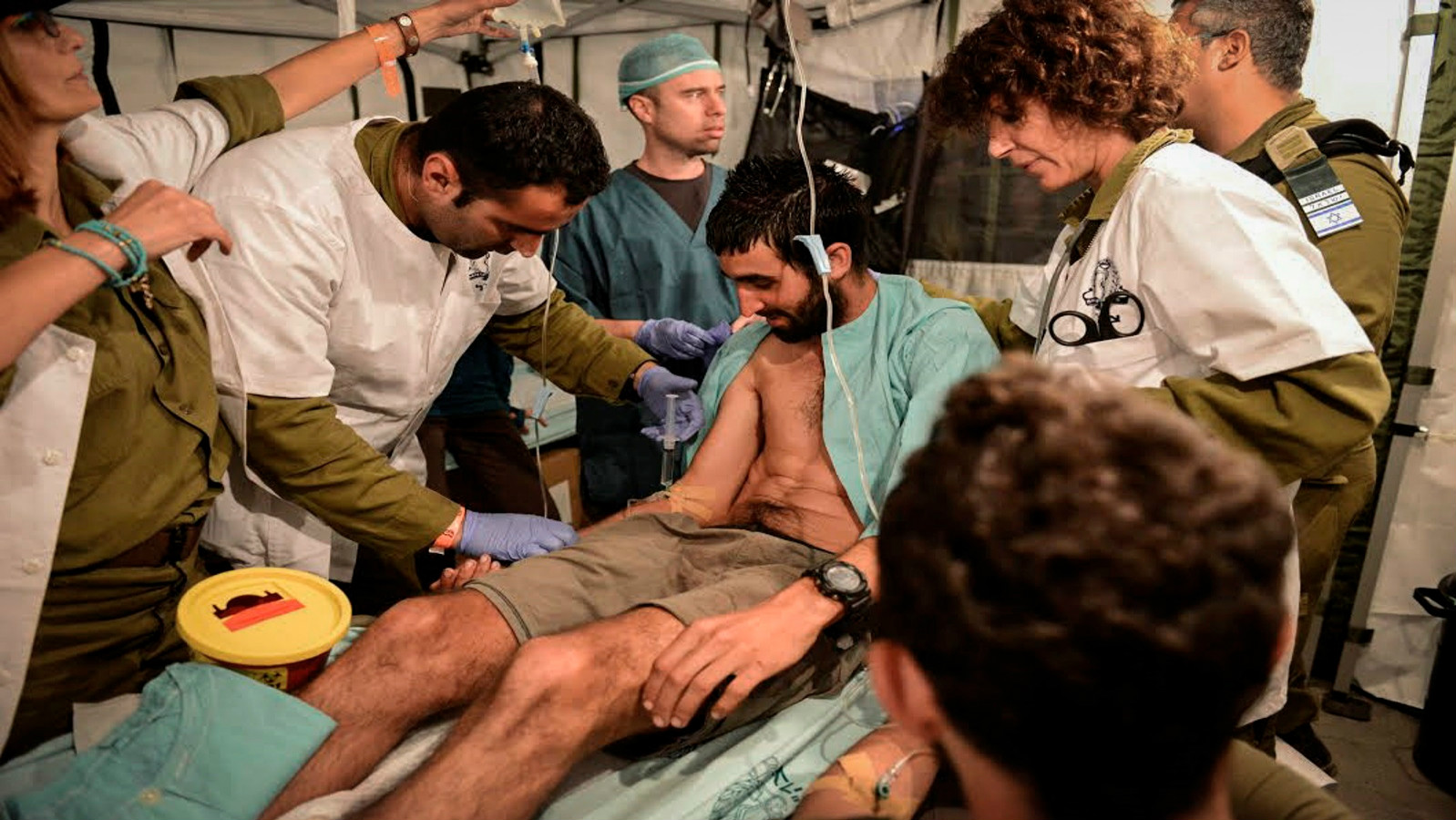 Hundreds of casualties were tended at the IDF field hospital in Kathmandu Nepal.

Peleg helped UNDAC assess the Haiti experience to improve the management of future foreign medical teams. In Nepal on behalf of UNDAC, he and experts including Dr. Ian Norton, head of foreign medical teams at the World Health Organization, organized and coordinated all 170 medical delegations in Kathmandu after the April 25 earthquake.

“We [in UNDAC] worked closely with Nepal’s minister of health and medical corps, trying to match needs with assistance,” says Peleg. “I think coordination was much better than in previous disasters, but there is still room for improvement.”

This year, UNDAC will convey Peleg’s team’s recommendations to countries preparing medical delegations for large-scale disasters. “The idea is that in the future we will have one system of 100 teams rather than 100 separate teams,” says Peleg.