Terkel the white rhino is just days old but he’s already a big star of the animal world. Born on June 15, at the Ramat Gan Safari just outside of Tel Aviv, the calf is being hailed as a success in the battle to keep his species off the endangered list. 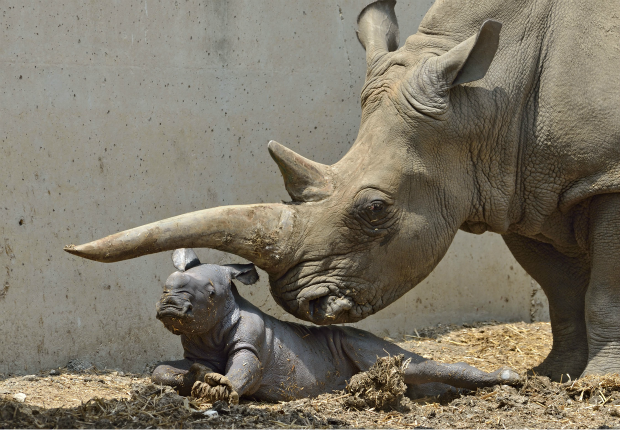 Terkel was the second successful birth for his mother, 20-year-old Tanda. His four-and-a-half year old brother, Timor, is the only other white rhino born in the Ramat Gan Safari in the past 20 years.

Shortly after the announcement of the new addition to the rhino family at the Israeli safari park, zoos from around the world sent congratulatory messages on the birth. 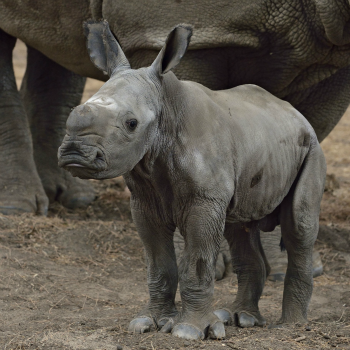 Terkel was named for Dr. Amelia Terkel, a zoologist who is retiring at the end of the year after 30 years at the Safari.

White rhinos are considered difficult to breed in captivity. Tanda gave birth three times in captivity but only two of the births were successful.

Safari officials said Tanda, who came to Israel from South Africa, would likely be a good mother to Terkel judging from her experience in raising Timor.

The Ramat Gan Safari is part of a global conservation effort to save the white rhino. Some 300 white rhinos are killed every year by poachers who hunt them for their prized horns.