Congratulations are in order to the parents of five sand cat kittens born at the Ramat Gan Safari on May 16. The sand cats are an endangered species worldwide, with only 10,000 left in the wild.

A two-year-old sand cat from a French zoo and a four-year-old male from Sweden mated to produce the litter. Like in a romantic comedy, the two cats didn’t like each other at first but then they warmed up to each other, eventually mating.

Since the kittens’ birth, however, the mother has kept the father away because he could behave with unpredictable aggression. Visitors to the safari are, however, allowed to see them. 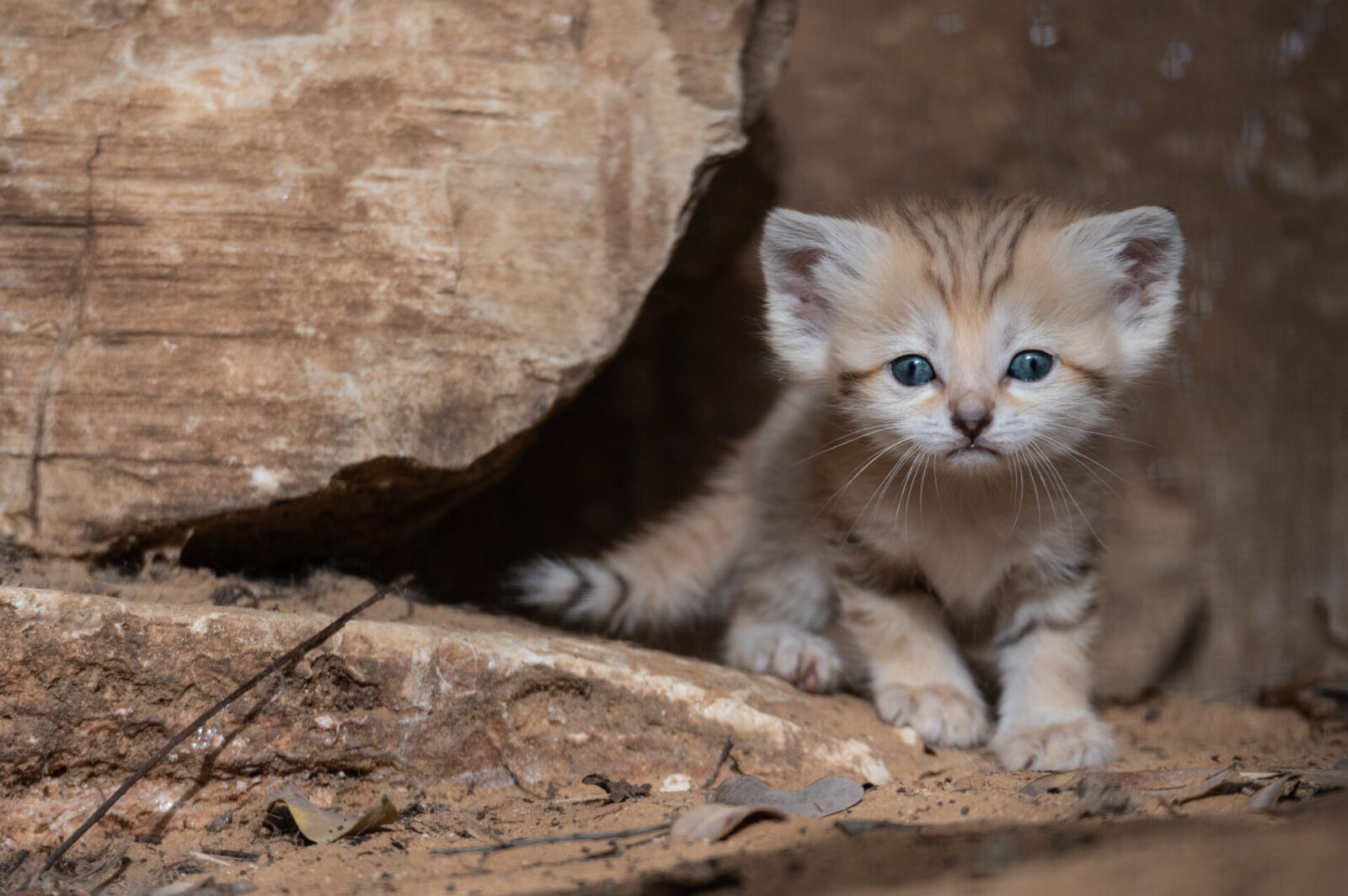 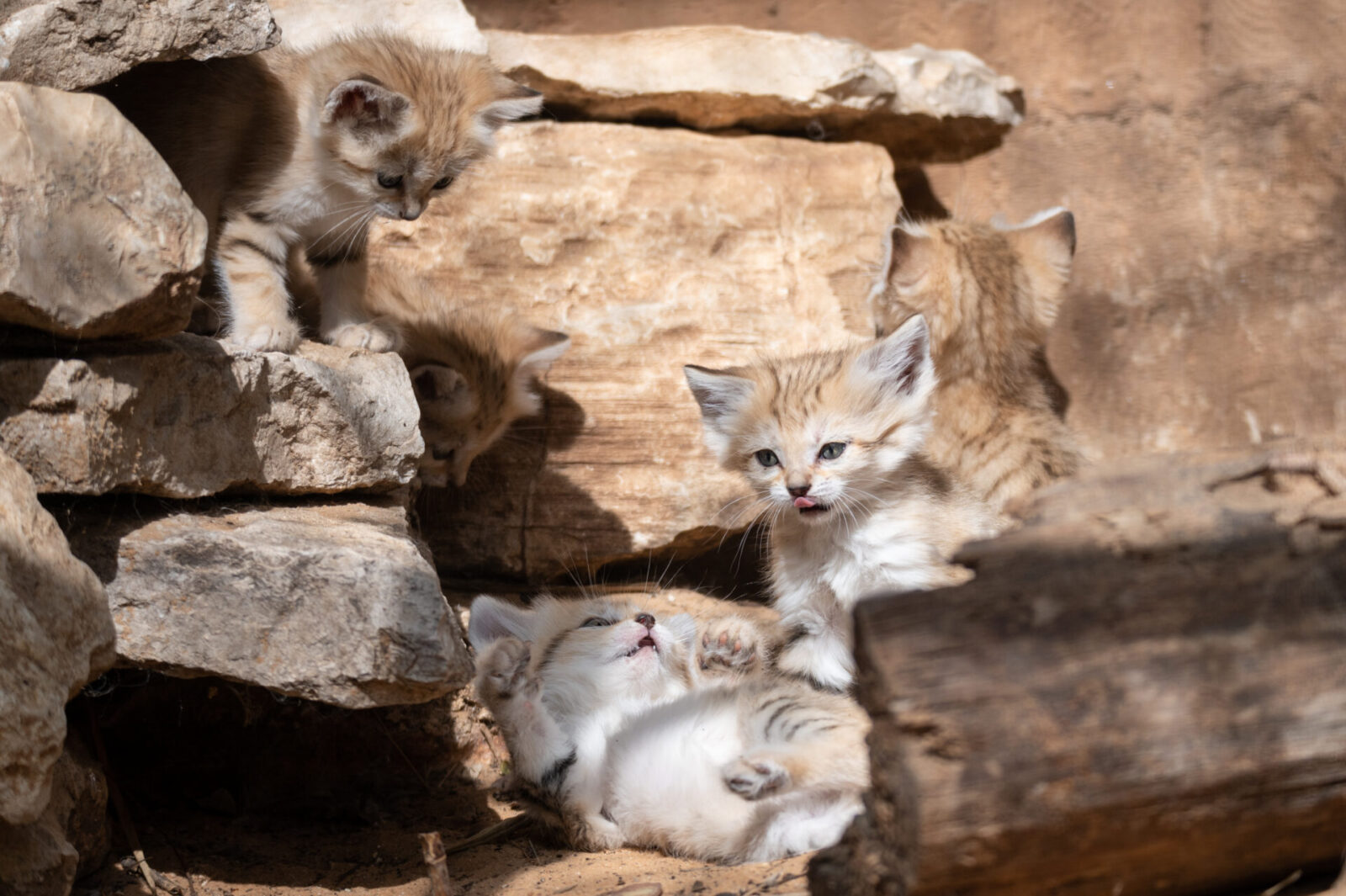 There used to be sand cats in the wild in Israel but they have become extinct. The parents were the only ones in Israel. Once the kittens are grown, they will be transferred to European zoos.

Also called Sand Dune Cats, these felines are native to the Middle East, Central Asia and Northern Africa. Accustomed to desert life, they can go months without drinking and burrow for long periods in the sand. They might be cute, but they are fierce predators and do not make good house pets. 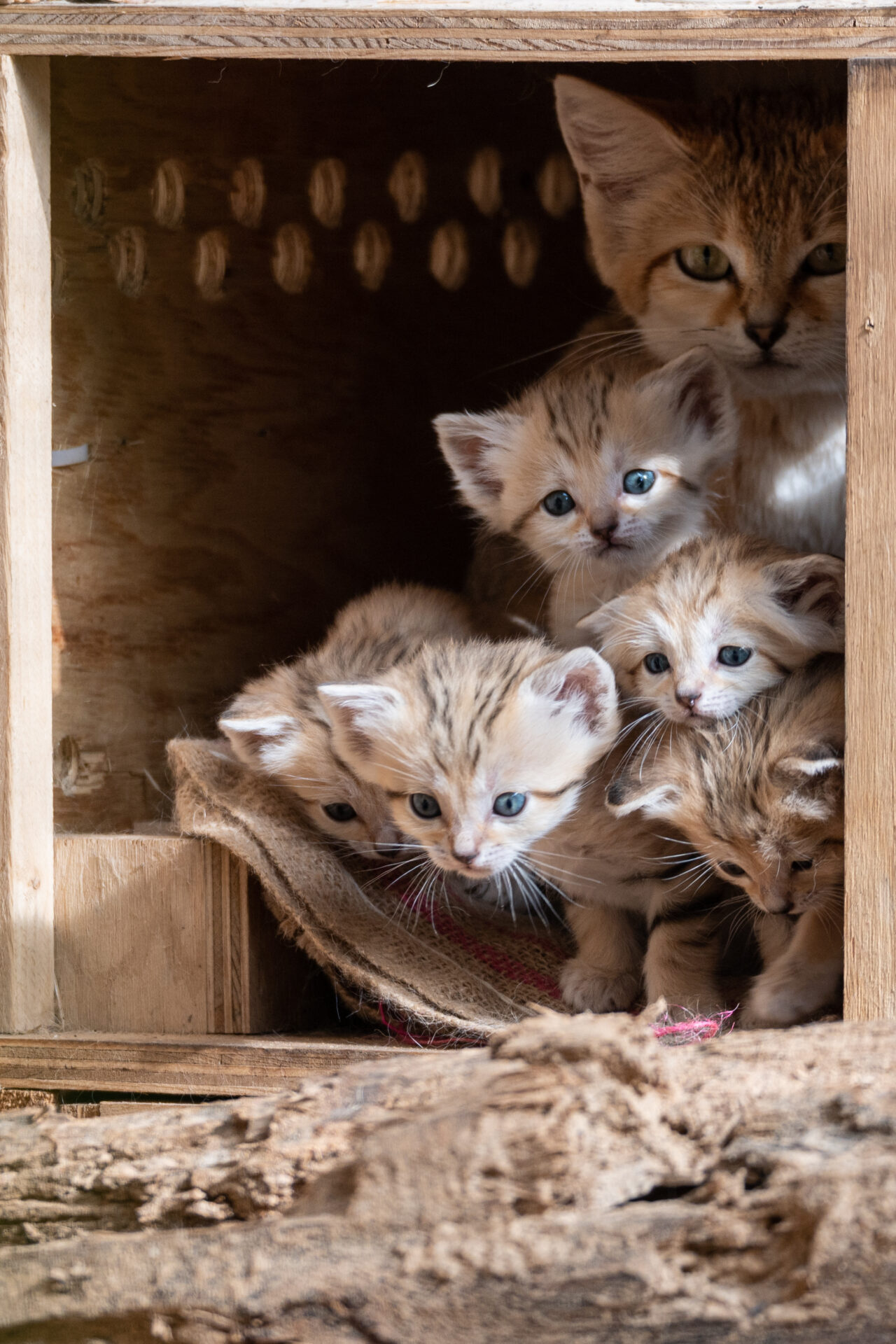 Mother keeps a watchful eye over her new brood of sand cat kittens. Photo by Ramat Gan Safari
YOU CAN GET ISRAEL21c NEWS DELIVERED STRAIGHT TO YOUR INBOX.