Researchers from the University of Haifa have recently installed the first insect radar of its kind in the Hula Valley in Israel.

The device will allow scientists to obtain vital information about insects,  says Prof. Nir Sapir of the university’s department of evolutionary and environmental biology. 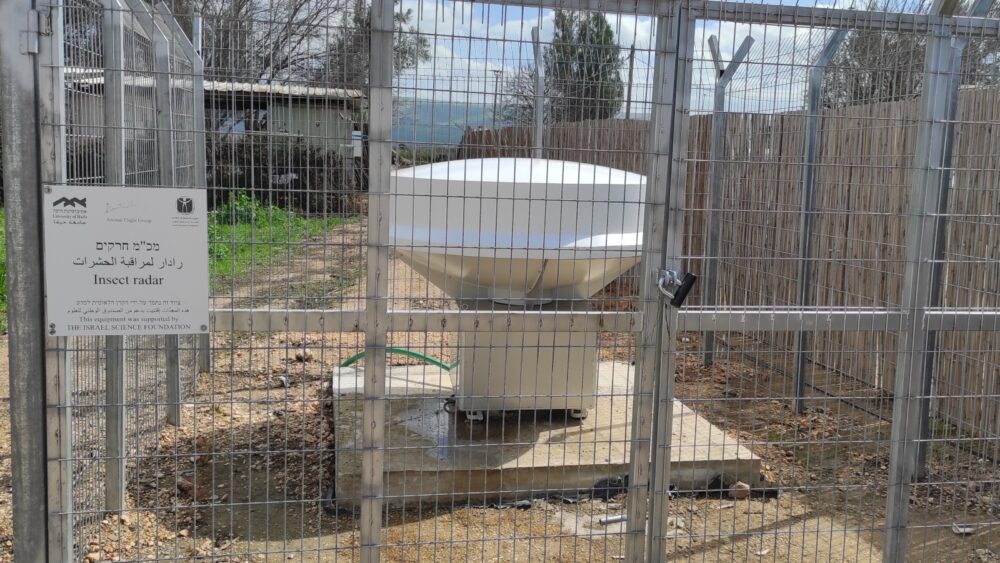 This station is collecting vital information about insects in Israel’s Hula Valley. Photo courtesy of University of Haifa

The radar will help researchers track the Fall Armyworm, an invasive species of moth that arrived in Israel recently from South America. Sapir explained that this species is one of the most harmful in the world and is known to cause damage to more than 350 species of plants.

Working in cooperation with Liora Shaltiel-Harpaz of Tel Hai College and MIGAL Galilee Research Institute, Sapir says that he and other researchers will use the radar “to understand the movement of these moths, as a first step toward controlling their spread.”

Insects’ bodies usually contain 10% nitrogen and 1% phosphorus. This makes them excellent fertilizer for plants and crops, and fodder for birds, bats and other species. Many insects play a vital role in maintaining ecosystems. In fact, insect migration is the largest migration in terrestrial environments, creating a biomass almost eight times greater than that of migrating birds.

“Thanks to the radar, we will be able within a few years to calculate the quantities of insects of each given size and group that cross Israel, something that was impossible with the previous tools,” Sapir said.