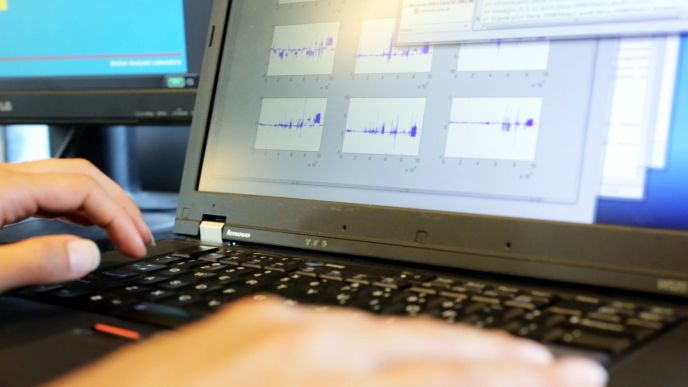 A new wearable technology that constantly detects mobility patterns in people with Parkinson’s disease, analyzes that data and transmits it to the cloud, is set to fuel a worldwide breakthrough for Parkinson’s researchers and physicians, as well as for wearers of the device.

And the advanced analytics platform that makes it possible was designed by big-data scientists at Intel Israel.

The technology has so far been tested by a few dozen patients for usability and accuracy at leading hospitals in Massachusetts, New York City and Tel Aviv. In 2015, hundreds of Parkinson’s patients in The Netherlands will participate in a larger clinical trial, and possibly another 1,000 in the United States.

The ability to unobtrusively collect and analyze a large amount of data on measurable features of Parkinson’s — such as slowness of movement, tremor and sleep quality — could give researchers new insight into the clinical progression of the disease, help them detect patterns and perhaps make new discoveries. 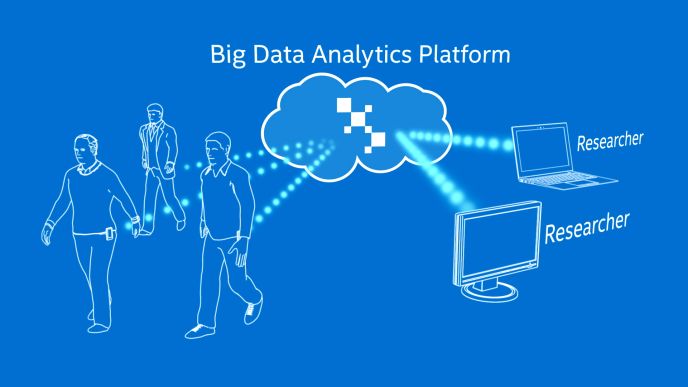 Intel data scientists in Israel made it possible to collect anonymous data from Parkinson’s patients and store it on an open platform for analysis. Image courtesy of Intel.

“Data science and wearable computing hold the potential to transform our ability to capture and objectively measure patients’ actual experience of disease, with unprecedented implications for Parkinson’s drug development, diagnosis and treatment,” said Todd Sherer, CEO of the Michael J. Fox Foundation for Parkinson’s Research, which is sponsoring the project in collaboration with the Intel Corporation.

Rather than continuing to rely on patient diaries and verbal reports to doctors during visits every few months, researchers could analyze hundreds of readings per second from thousands of patients. The users of the technology could better monitor the course of their disease and see how daily habits may affect their functioning.

Israeli team made the infrastructure

Intel’s advanced analytics department of 100 employees is based in Israel, under the direction of Itay Yogev.

In the summer of 2013, word came from Intel corporate headquarters in California that retired Intel CEO Andrew Grove, who has Parkinson’s disease, had approached the Michael J. Fox Foundation to see how the foundation — the largest private funder of Parkinson’s research in the world – could use Intel knowhow to significantly enhance research capabilities.

Although this neurodegenerative brain disease is second only to Alzheimer’s in worldwide prevalence, the way its effects and progression are measured has not changed in nearly 200 years since the time Parkinson’s was first described.

Yogev was happy to assign members of his team to work on the project. “This is a rare opportunity for us to do something that has the promise to really make a difference in a way you can’t imagine,” he tells ISRAEL21c. “The fact that Intel is putting such an effort into it says something about the company.”

The Israelis developed a big-data analytics platform that can handle an estimated 300 observations per second from each participant. The technology can be used in conjunction with “smart” wearables already on the market, such as smart watches synched to a smartphone.

“The beauty of this is we can support different models,” says Yogev. “The most important thing is to be able to build a data repository with thousands of patients connected 24/7 over a long time in a continuous manner, with a good user experience so people will want to use it for many years.”

At a recent artificial-intelligence conference held in Israel’s Ariel University, Intel data scientist Shahar Cohen predicted this wearable technology will open a wide new window into the workings of Parkinson’s disease and its symptoms.

“Until now, many aspects of the disease where virtually unknown because of the need for in-depth monitoring of patients,” Cohen said. “Now, researchers will be able to get a much clearer picture of how the disease is affecting patients.”

“Parkinson’s patients want to really know how they are doing, so we provide the ability to understand the objective measurements of their tremors and activities, and on an even more sophisticated level, help them with insights gleaned from the data.”

The platform comes with user-friendly perks such as an alarm to remind the wearer when to take medication, and a mobile app to report medication intake and its impact on symptoms. This would furnish additional clues for researchers studying the effects of medication on motor symptoms.

“Being able to not just collect data but also to analyze it, and understand for the first time how Parkinson’s patients are doing, is what makes this project unique and very promising,” says Yogev.

The system is not yet available commercially.

“We are working in a controlled way with the research community to ensure that we meet quality standards in leveraging the wisdom of dozens of years of research in the field,” Yogev explains.