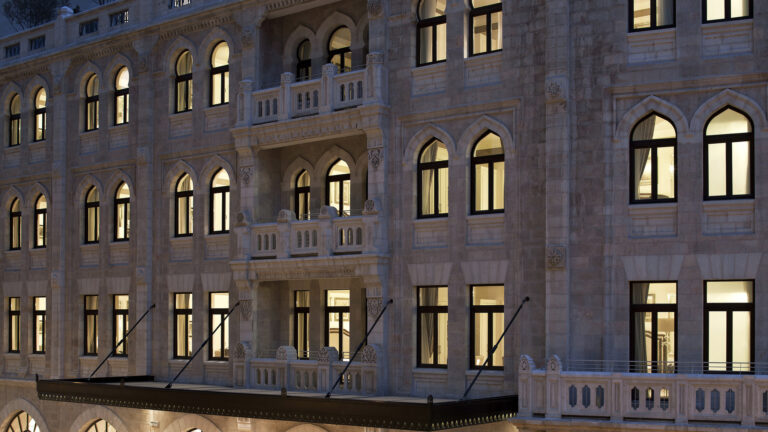 The Waldorf exterior. Photo courtesy of the Waldorf Astoria Jerusalem

The Waldorf Astoria Jerusalem is the seventh best hotel in the world and the best in the Middle East, according to a Conde Nast survey of the Top 100 Hotels & Resorts in the World – Readers’ Choice Awards 2015.

The prestigious travel magazine gave the 226-room hotel in the heart of Jerusalem a score of 97.5 out of 100.

“What an honor! We are thrilled to be ranked at the the top 10 best hotels in the world, and #1 hotel in the Middle East, by the prestigious Condé Nast Traveler Reader’s Choice Awards!” reads a post on the Waldorf Astoria Jerusalem Facebook page.

The best hotel in the world according to the survey is Singita Grumeti in Tanzania, with a score of 99.745.

“More than 128,000 travelers took part in our 28th annual Readers’ Choice Awards survey — the most in its history — submitting millions of ratings and tens of thousands of comments to help us create a list of winning favorites,” writes Conde Nast Traveler on its website. “The breadth of their top-rated experiences was impressive, from elegant castles in the Irish countryside to tented safari camps trailing the Great Migration across the Serengeti.”