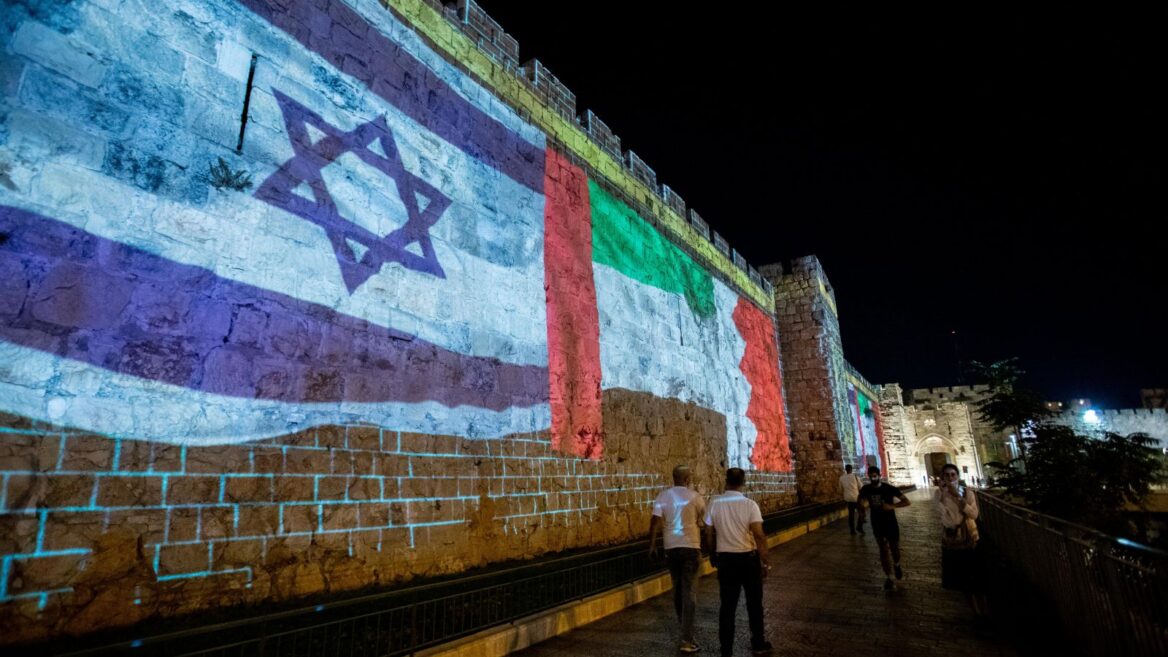 The flags of the United Arab Emirates, Israel, Bahrain and the United States are screened on the walls of Jerusalem's Old City, on September 15, 2020. Photo by Yonatan Sindel/Flash90

News of the Abraham Accords normalizing diplomatic relations between the UAE and Israel has been greeted with enthusiasm across Emirati society.

The positive attitude is being led from the top. One striking example is the website of the Abu Dhabi Investment Office, which appears in Hebrew if you click on it from Israel. They are also running Hebrew promotions across social media and have announced that they will open an office in Israel 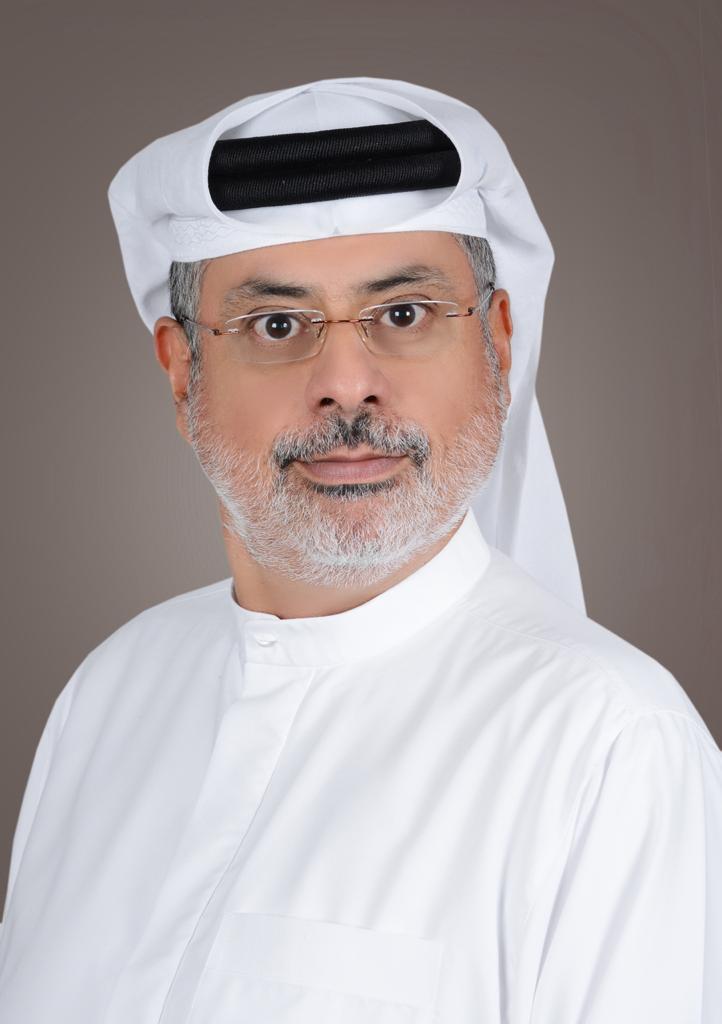 Many business executives in the Gulf already have friends and even business relationships with their Israeli counterparts. Many of us have spent time studying or working in the United States, Europe and elsewhere, and established connections with Jewish and Israeli colleagues that in some cases go back decades.

The normalization of diplomatic relations now allows us to build commercial ties on existing social ties and new ones are already flourishing.

The initial response to the Abraham Accords from Israel’s business community was to welcome the opportunity to access funds in the UAE and Bahrain for investment in Israeli startups. While that is certainly one facet of the new relationship, it is by no means the only one – nor the most significant.

While Israel has been building its Startup Nation on the western shores of the Middle East, the UAE has been developing its own high-tech sector over in the east.

Just like Israel, the UAE has been opening up to the world with its technology and entrepreneurship. In the space of a few short years, the UAE has become a world leader in logistics, finance, sustainable energy, smart transportation and smart cities.

We have the world’s largest solar power installations and through our commitment to zero emissions and zero waste we are developing the world’s most water- and energy-efficient cities.

Investments in both directions

While much of this technology is imported, our commitment to world-class education, healthcare and technology has inspired our home-grown entrepreneurs to develop their own startup ecosystem.

Our ride-hailing startup Careem was acquired for more than $3 billion by Uber, and Souq, our first unicorn, was acquired by Amazon. We have even produced a world-class supercar that sells for millions of dollars, is rated among the very best, and starred in a Hollywood movie.

Having ties with Israel helps the UAE to expose its technology startups to partners and investors in Israel, the US and the rest of the world.

We are already seeing a wave of interest in funding startups here in the UAE, and discussions on how Emirati and Israeli innovators can build better technology by pooling their different approaches and experiences. 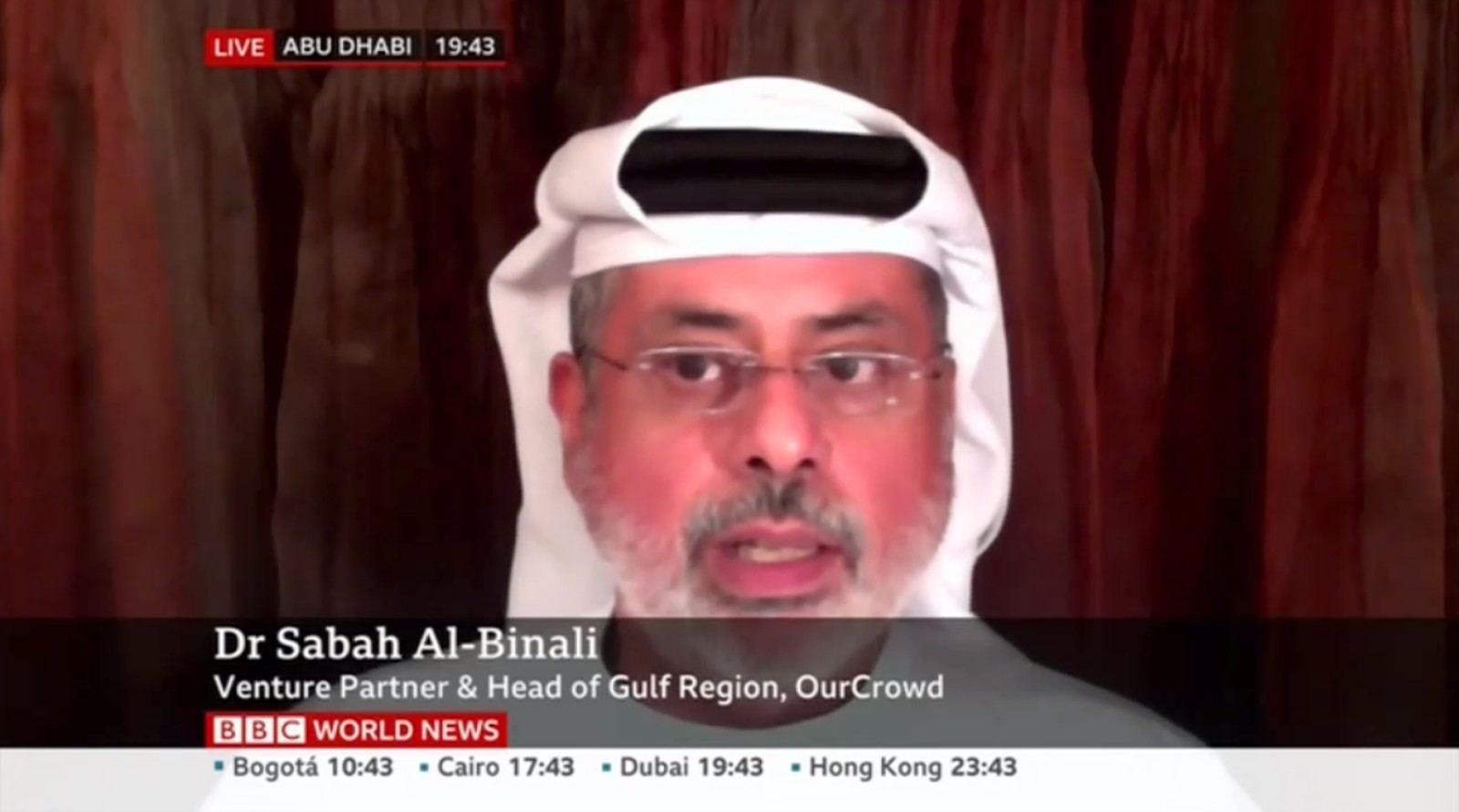 The similar size of the Emirati and Israeli economies, and their complementary skillsets, make them extremely compatible for joint business ventures. The entrepreneurial and business mentality is strong in both countries.

Once the political normalization occurred, we saw how fast things can happen when both sides are experienced at striking cross-border deals. The two countries have the same working week from Sunday to Thursday, they are just three hours’ flight time from each other and the time difference is only an hour, which makes doing business much easier than with the US or some Asian markets.

Already, there are serious talks underway between entrepreneurs and investors on both sides across a wide range of sectors: Medical, agriculture, national security, cyber, financial technology, drones, artificial intelligence and much more.

As the UAE develops into one of the world’s finance hubs, fintech will become increasingly important. The same is true of logistics. At the same time, DP World, which runs the global shipping hub in Dubai, can bring expertise and knowledge in logistics to Israeli ports like Haifa and Ashdod.

Israel has traditionally looked West toward Europe and the US. The UAE is the gateway to Asia and the East. We can also help Israeli businesses enter new markets in the Muslim world, including the huge opportunities in Malaysia, Indonesia and Pakistan.

The Israel-UAE normalization can create a network that will connect the world’s two hemispheres. This will benefit the economies of both countries, and the region. But if we think about the global markets that each party can help open for the other, this becomes a partnership that will benefit the entire world.

Dr. Sabah al-Binali is GCC VC Partner and Head of the Gulf Region at OurCrowd, the Jerusalem-based global investment platform.