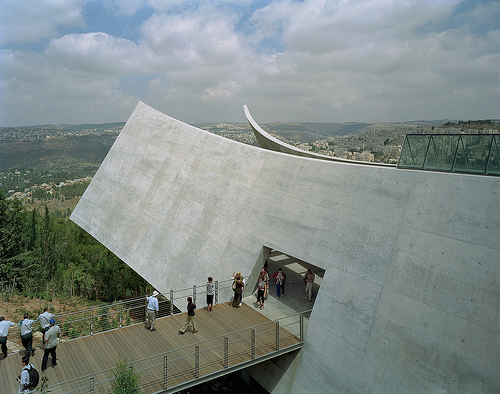 The Yad Vashem – World Center for Holocaust Research, Documentation, Education and Commemoration has been ranked fourth in the Top 25 Museums in the World by TripAdvisor, the internet’s preeminent user-generated travel website.

“Not an easy place to visit, but I cannot think of any place more important to go. Everyone should go to see how plain and common the faces of evil were,” the website wrote in its description of the Jerusalem landmark.

The top three museums according to the site were the State Hermitage Museum and Winter Palace in Russia, the National Museum of Anthropology in Mexico and the Art Institute of Chicago in the US.

Yad Vashem was also awarded the 2013 Certificate of Excellence Award – an honor given to establishments that consistently achieve outstanding traveler reviews.

TripAdvisor lists Yad Vashem as the first of 146 recommended sites to visit in Jerusalem.