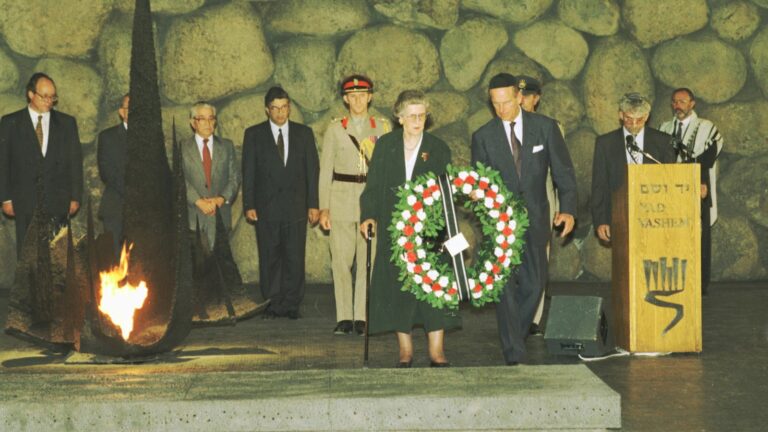 Israel is mourning the death of Britain’s Prince Philip, who passed away on April 9 at age 99.

Philip broke an unofficial boycott of the Jewish state by the British monarchy when he came to visit in October 1994 with his sister, Sophie, to plant a maple tree at Yad Vashem World Holocaust Remembrance Center in memory of their mother, Princess Alice of Greece. 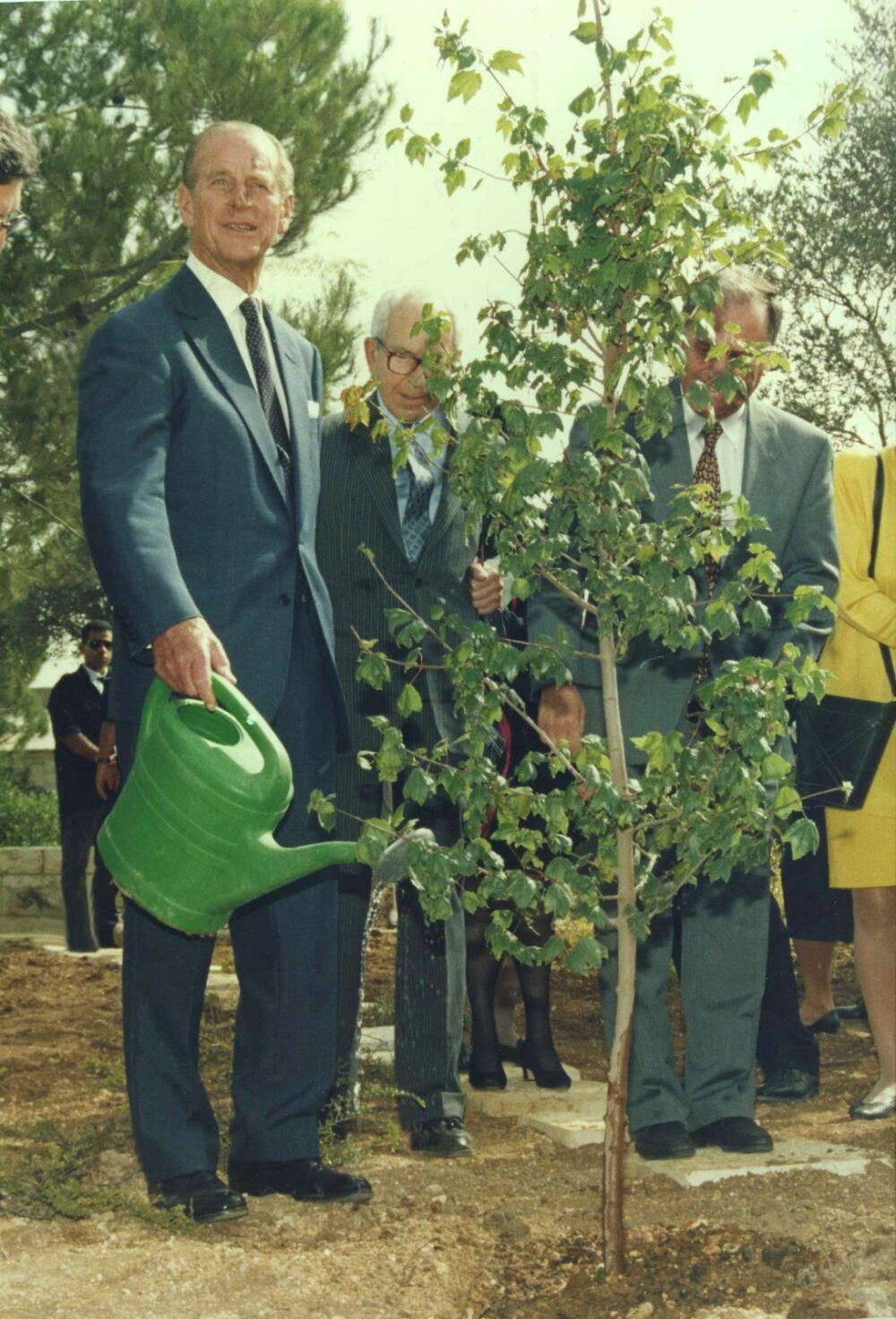 Prince Philip watering a maple tree planted in memory of his mother at Yad Vashem in Jerusalem, October 31, 1994. Photo by Beni Berk from the Dan Hadani Archive, Pritzker Family National Photography Collection at the National Library of Israel

Alice received the title “Righteous Among the Nations” for hiding three members of the Cohen family in her Athens palace during World War II, thus saving them from the Nazis.

“I suspect that she never thought of it as something special,” Philip declared at the ceremony. “She was a person with deep religious faith and she would have considered it to be a totally natural human action to fellow human beings in distress.”

During his personal visit, the prince also went to his mother’s gravesite on the Mount of Olives in Jerusalem.

There would be no official visit from a member of the British royal family until Philip’s grandson, Prince William, arrived in June 2018. William, too, visited Yad Vashem.

Prince Philip’s passing was marked by statements from Israel’s leaders. President Reuven Rivlin tweeted: “My deepest condolences and heartfelt sympathy to HM Queen Elizabeth II, HRH The Prince of Wales, the Royal Family and the people of the United Kingdom on the death of HRH Prince Philip, Duke of Edinburgh. May his memory be a blessing.”