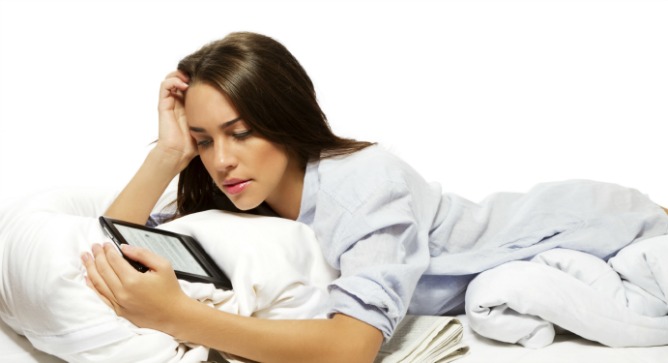 With Total Boox, you don’t pay for the pages you skip in your e-books. Image via Shutterstock.com*

What books would you take with you if you were stranded on a desert island — if you had an e-book reader and unlimited battery power? You’d probably want a whole virtual bookshelf. But that would cost a pretty penny and you might not finish everything before you got rescued.

Successful Israeli serial entrepreneur Yoav Lorch wants you to have that bookshelf – and to only pay for what you actually read. That’s the concept behind his latest startup, Total Boox, a “pay as you go” platform that tracks how many pages you’ve viewed and charges only for content consumed.

It’s a model whose time has come, Lorch contends. “’Pay first, read later’ made sense with printed books where you have to cover your costs. But in the world of digital books, the idea is counterproductive. It discourages readers from exploring.”

Total Boox, due to launch in early 2013, is a mobile app with an Android version currently in beta and one for Apple on the way. Once you’ve installed the app, you simply choose the books you want.

Total Boox tracks how long you linger on a particular page. If it senses you’re really reading and not just skimming through, the app charges you for the percentage of the book you’ve read. You never pay more than what you’d have spent to buy the book up front.

Total Boox has lots of other nifty features such as the ability to create book “playlists” you can share with friends. They can then download the playlists – and the entire bookshelf – to their device at no risk. After all, you only pay for what you read.

As with SkypeOut, the Internet telephone system’s plan for calling non-Skype phones for a fee, with Total Boox you must pay a minimum amount in advance that gets drawn upon as you read. When you get low, Total Boox asks you to top off your balance.

Lorch has considered implementing an unlimited plan – all you can read for $20 per month, perhaps – but questions whether what works for mobile web browsing will work the same way in the world of books.

Total Boox is a radical rethinking of the electronic reading model, so it’s not surprising that the biggest publishers haven’t signed on yet. But Total Boox has some of the bigger independents on board – Sourcebooks and F+W Media, among others. The Total Boox system currently offers 7,000 titles, and splits revenues with the publishers; there is no upfront fee to publishers to partner up.

Lorch, 59, has been around the publishing block a few times. He studied economics and philosophy in university before turning to writing – he’s done translations, written for TV and the theater in Israel, and published six books in Germany (where his family is from). He joined the Israeli printing technology heavyweight Scitex at the height of its 1990s success, then started a Scitex spinoff called PressPoint that built digital point-of-sale newspaper kiosks.

He was also the founder of Zlango, a startup that created a new iconic language for smartphones. The company raised a significant amount of venture capital money and is still going strong.

Total Boox is based at TheTime incubator, with a staff of eight people in the company’s Tel Aviv office. Lorch is in the process of raising a $1 million round now from private investors.

Once the system has proven itself, Lorch is confident that another element of Total Boox will enthrall the big leagues: The best reading analytics in the business.

“We provide publishers with detailed information about who reads what, when, where and how,” he says. “We know more about what people are reading than anyone. And we share this with the publishers. Amazon doesn’t.”

Which brings up the Amaz-elephant in the room: Total Boox cannot be used on a Kindle. “Amazon is a closed shop. They’ll never let us onto the Kindle,” Lorch admits.

While Amazon represents the biggest part of the market, it’s not alone. As more and more people buy iPad Mini’s and seven-inch Android tablets as their e-readers, the Total Boox app may just find a home on a few desert islands out there.

UNCOVER ISRAEL - Get the ISRAEL21c
Weekly Edition free by email
Sign Up Now!
Bring Israel's story to life.
Millions of people around the world rely on us to gain a deeper understanding of Israel. We are the trusted source for original content you won't find anywhere else.
You can make a difference. Donate today to support journalism that brings Israel’s story alive.
SUPPORT ISRAEL21c
Read more on:   Mobile, Technology, Total Boox, Israeli apps