Israelis like to get around. They live fast, they move faster, and they’re lucky that their Mediterranean nation doesn’t have snow, tornadoes or raging ice storms to slow them down.

Dealing with heavy intra-city traffic can be a bummer, but Israelis have made applications like Moovit to help you find a bus faster; and GetTaxi to eliminate the need to hail a cab. In Tel Aviv, short-term Tel-O-Fun bike rental stations are set up all over the city.

Local innovators are designing their own modes of urban locomotion. ISRAEL21c looks at seven of the coolest inventions hitting the pavement –– and the air –– in Israeli cities.

1. The City Transformer is an electric two-seat car that folds down to fit in parking spaces for motorcycles. Still in the prototype stage, and needing further investment, this mini folding car weighs about 880 pounds and could solve the parking and emissions problems in Israeli cities. Foldable cars were already imagined in the 1940s, but today’s minds and materials may make them a real possibility.

2. Young Israelis love electric bikes and scooters. MyWay has designed an attractive, foldable, city-style electric scooter that fits in a backpack –– perfect for the last mile, whether it’s from train station to office or bus stop to library. MyWay, already for sale, aims to be the convenient scooter of choice. 3. Nimrod Sapir, designer of the MyWay scooter, also developed the Taga cargo bike. Matthew McConaughey has been spotted with his son on one, as have well-to-do Tel Avivians who have found a way to import them from the Netherlands, where they are being marketed and distributed. Taga can turn into a stroller, too — especially convenient in cities with small spaces between aisles and on sidewalks. The additional wooden box with seats for two kids makes it a dream ride for parents and tots alike. 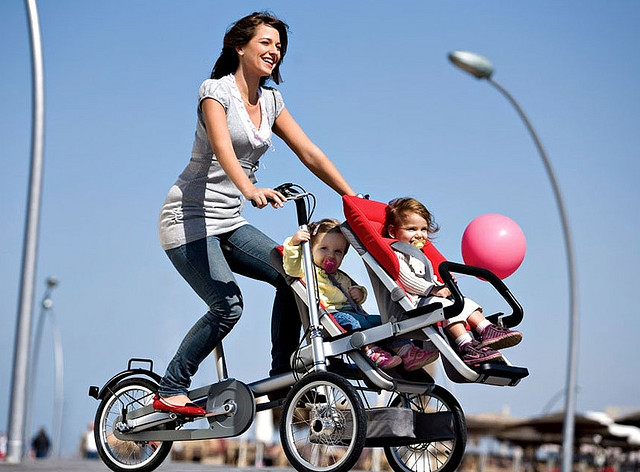 4. Staying in theme with the slick, foldable and electric: A couple of Israelis have developed Muve , a new kind of foldable electric scooter where both feet stay onboard. This one is a sturdy ride that goes compact when you need to pull it onto the bus or into the office elevator. The sporty, three-wheel scooter — also promoted as MUV-e – can interface with your communication device of choice, so navigation and communication tools and apps merge as one when you wind around your city. 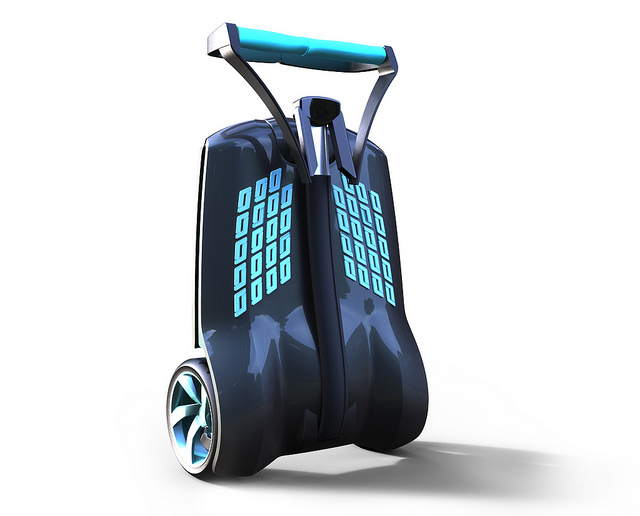 5. The mind-boggling but strong and rain-resistant cardboard bike designed and muvedeveloped by Izhar Gafni is yet to go commercial, but it certainly has caught the world’s curiosity. Gafni reportedly has acquired venture funding and is establishing a factory to produce the bikes, which could be made at a cost of $9 to $20 apiece. He’s also working on a cardboard wheelchair.

The planned cardboard bike is glued together with resins and polymers, and has no metal, wooden or solid parts. The cardboard forms the base material of this attention-grabbing bike, which could serve a world population that lives on dollars a day. It could be made locally from recycled materials, and when its life is over, go back to the recycling hub. 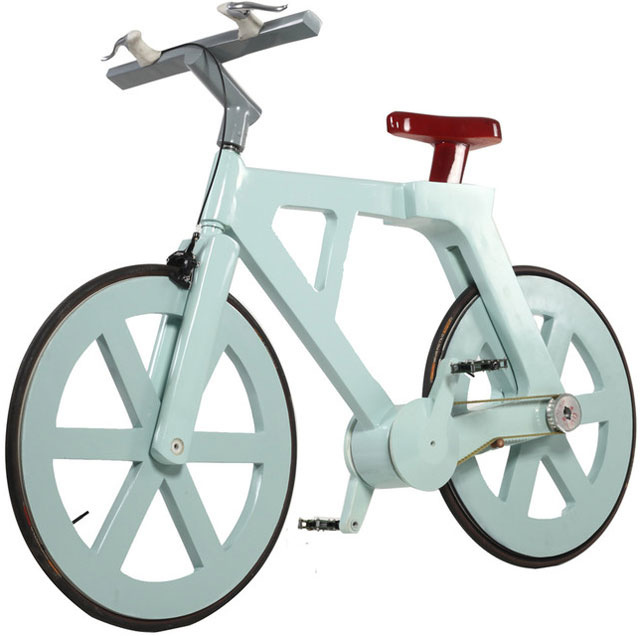 6. Most Israeli startups cannot say that they have reinvented the wheel, but this is the actual tagline for SoftWheel. The game-changing technology is a three-prong suspension system built inside a bicycle wheel and a wheelchair wheel – and other applications are expected to follow. It shifts position to absorb impact, so that cyclists and people with motor disabilities can ride without bumps and instability. Watch it go downstairs, without a thump. 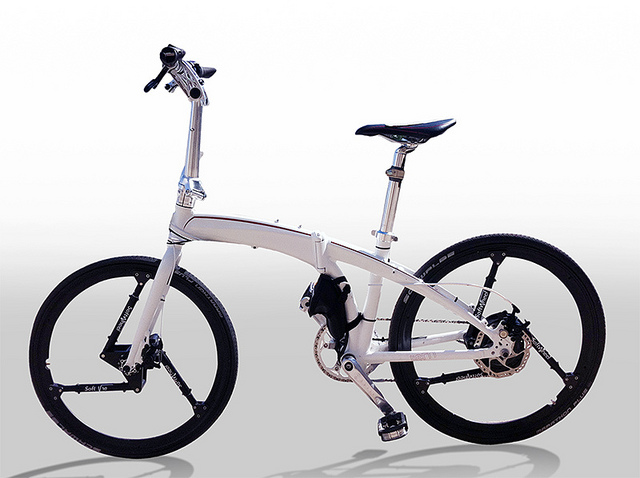 7. Up until this point, we’ve focused on Israeli inventions for solo urban commuters. For bigger groups, a space-age “floating” rapid transit system called skyTRAN is being developed for Tel Aviv by a scientist who worked for NASA. It may take years, or even decades, from conception, design and delivery for the skyTRAN pods to take shape, but we can’t wait to be hanging from magnets as we ride from Dizengoff Square down to Jaffa Port at the beach and back again. 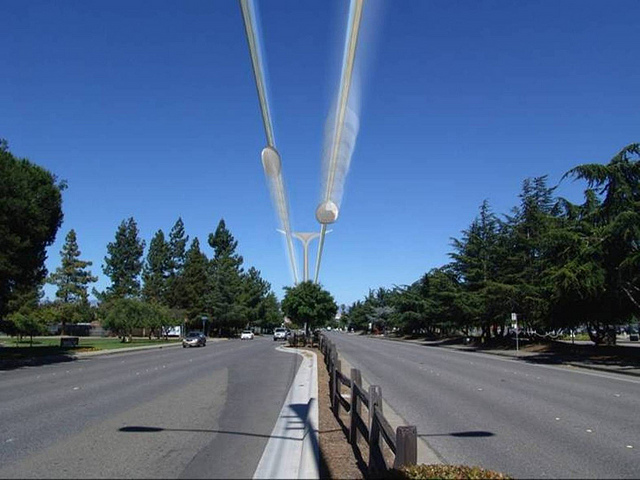