One out of every eight women will develop breast cancer in her lifetime. It is the most commonly diagnosed non-skin cancer in women worldwide, and also strikes thousands of men.

Over the past 12 months, ISRAEL21c has reported on exciting news in cancer research from Israeli laboratories. We present 10 of the most promising advances here with our hope that breast cancer may soon be relegated to history.

The cryoablation process takes five or 10 minutes in a doctor’s office, clinic or breast center under local anesthesia. No recovery period or post-care is necessary, and there is no scarring.

The Israeli company Real Imaging offers a no-radiation, no-contact alternative to mammography pioneered by electro-optical engineer Boaz Arnon and named in memory of his mother, who died of breast cancer in 2004.

RUTH uses a new trademarked platform that enables automatic quantitative analysis of 3D and infrared signals emitted from cancerous and benign breast tissue. Results are interpreted by computer, with unprecedented accuracy in patients of all ages — 90 percent as opposed to 80% for mammography. Thousands of women have been involved in clinical trials for RUTH since 2007. The next step is CE and FDA approval. 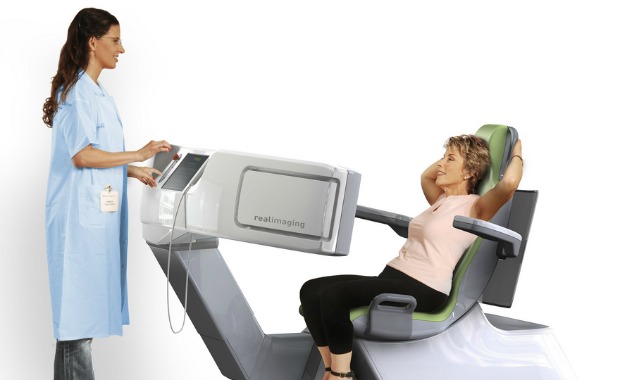 Dune Medical, a graduate of the Misgav Venture Accelerator, in June received pre-market approval from the US Food and Drug Administration for MarginProbe, its trademarked system that uses electromagnetic waves to identify possibly cancerous tissue on the edges of a breast tumor in real time. The application was based on data from a 600-patient study conducted primarily in the United States.

MarginProbe is meant to improve on the current rate of 30 percent to 60% of women who must undergo secondary breast cancer surgery after a lumpectomy because the initial surgery failed to get rid of all cancerous tissue at the margins of the tumor.

Herceptin, a frequently prescribed drug for blocking the chemical signals that stimulate uncontrolled growth of breast cancer cells, is one of an advanced class of pharmaceuticals called monoclonal antibody drugs. Currently, these drugs must be administered together with chemotherapy.

The two-year-old Israeli company Immune Pharmaceuticals is developing a “guided missile” system, licensed from the Hebrew University, which encloses thousands of chemotherapy molecules inside a monoclonal antibody nanoparticle. The drug payload isn’t released until reaching the cancerous tissue.

In addition, Immune is collaborating with the Weizmann Institute to develop antibody therapeutics targeting a growth factor that causes chemotherapy resistance in many patients with breast and ovarian cancer.

Tel Aviv University PhD student Livnat Jerby won a prestigious 2012 Dan David Scholarship for performing the first genome-scale study of the metabolic progression of breast cancer — an algorithm that can profile the traits of each individual patient’s tumor. These profiles help in studying the underlining mechanisms of the disease, classifying patients according to their prognosis and identifying potential metabolic biomarkers as a non-invasive, cost-effective means for early diagnosis and monitoring treatment efficiency.

“The Holy Grail of our work is to provide the basis for rational drug discovery, aiming to find drugs that — unlike most conventional treatments — will harm only the tumor, and not the healthy cells,” Jerby tells ISRAEL21c. “We had some success with providing a new potential target for treating renal cancer and published those results in Nature. With breast cancer, we can apply the same computational tools to better diagnose and choose the best treatment for the individual patient.”

This small peptide, dubbed 25-39, inhibits a substance involved in repairing DNA damage from cancer therapy. It’s important to prevent such repair in order to wipe out the cancer cells. Now the search is on for investment partners to further develop and commercialize the product that already proved itself in the lab.

7. The gene that can suppress tumors

It’s long been known that the p53 gene produces a protein that can suppress tumors. In 2012, a team at the Institute for Medical Research Israel-Canada at the Hebrew University of Jerusalem discovered that p53 also governs a mechanism that keeps cancer cells from invading healthy epithelial tissue. Most cancers, including breast cancer, spread through epithelial cells.

Investors are being sought for clinical studies on breast-cancer patients. The long-term goal is to boost the group-control function of p53 to keep tumors from developing the capacity to spread. 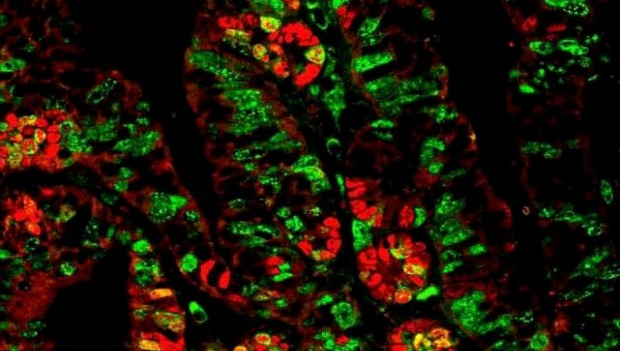 Two therapeutic vaccines against cancer are under development in Israel.

Vaxil BioTherapeutics’ ImMucin, can be tailored to treat 90% of cancers by activating and enhancing the body’s immune system to seek and destroy cancer cells present in the body. The treatment causes no side effects, and can be taken indefinitely, like vitamins. ImMucin could be on the market in about five years.

Vacciguard, another Israeli biomed startup, is introducing a technology for developing vaccines against cancer and a wide range of other diseases that currently have no effective treatments. The technology is based on the research of world-renowned Weizmann immunologist Prof. Irun Cohen. 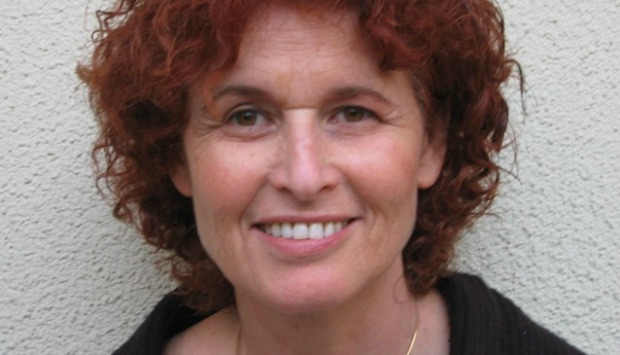 Israeli researchers from the Weizmann Institute and the Technion-Israel Institute of Technology used computational biology to chart a unique “family tree” of cancer stem cells from living patients. The chart will help determine exactly how these cells divide and spread, as well as how they can survive chemotherapy treatments and remain latent in the body only to reappear with a vengeance at a later time.

During 2012, the Susan G. Komen Breast Cancer Foundation and the US Department of Defense were among overseas organizations awarding postdoctoral fellowships at the Breast Cancer Research Program at Israel’s Weizmann Institute of Science in Rehovot.

Current projects within this program focus on better diagnosis and treatment options, such as using magnetic resonance imaging (MRI) in an advanced noninvasive method to detect malignant breast tumors without biopsies; and in evaluating the effectiveness of hormone therapy for breast cancer. Another Weizmann team recently revealed new details about a crucial mechanism that controls the first stage of breast cancer metastasis.