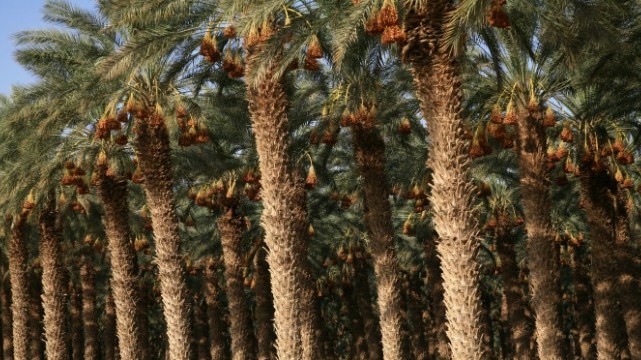 Palm trees growing in the Arava desert in southern Israel. Photo by Flash90.

This past year’s erratic and violent weather is only a small taste of what’s to come, climate scientists predict, as the impact of global warming starts to hit. Weather will become more unpredictable, flooding will become even fiercer, and droughts and famine more widespread as land increasingly gives over to desert.

With desert covering a large part of its surface, Israel has had to quickly develop solutions for its lack of arable land and potable water. Israeli research, innovation, achievements and education on this topic now span the globe in tackling problems common to all desert dwellers.

“We’ve done a lot of research on ecosystem response to drought because we have this problem on our doorstep,” says Prof. Pedro Berliner, director of Israel’s foremost research center for desert research, the Jacob Blaustein Institute for Desert Research at Ben-Gurion University in the Negev Desert.

ISRAEL21c looks at Israel’s top 10 advances to combat desertification, putting special focus on the work done by researchers at the Blaustein Institute.

1. Looking to the ancients

They lived in the Land of Israel more than 2,000 years ago in the heart of the Negev Desert, yet found a way to survive and thrive. How did the Nabateans build a sustainable community that provided food, firewood and fodder for animals?

This is Prof Pedro Berliner’s area of interest. He has developed a modern-day version of the Nabatean floodwater collection system, Runoff Agroforestry Systems, and travels the world teaching farmers in countries such as Kenya, Turkmenistan, Uzbekistan, India, and Mexico how to implement it. His low-tech approach redirects floodwaters to dike-surrounded plots or hand-dug pits in which trees or shrubs are planted.

Going one step further than the Nabateans, “In our system we not only plant trees and between them rows of crops, but gave the old a new twist by using legume shrub-like trees which can absorb atmospheric nitrogen through their root system,” Berliner says. Soil fertility is maintained at practically no cost, ensuring the long-term sustainability of the system. 2. Making the most from the sun

In developing nations, people still cut trees for firewood. This causes desertification from lack of vegetation to hold the soil and its nutrients in place. Rain washes away the topsoil, leaving worthless sand behind.

Israel’s advances in off-grid solar energy power plants for individual homes or villages can help change that by offering a clean, renewable alternative. Ben-Gurion Prof. David Faiman has developed a concentrator photovoltaic (CPV) cell perfect for developing nations facing deforestation, and he is just one of dozens of Israeli researchers and companies working in this direction.

“Israel is helping combat desertification by making solar power a viable alternative to the conventional way of chopping down trees for firewood,” Berliner tells ISRAEL21c. 3. Help fish swim in the desert

Vast desert land does not need to go to waste when practical high-value crops –– especially alternative ones like aquaculture –– can very much thrive there. Professors Shmuel Appelbaum and Dina Zilber from Ben-Gurion University helped perfect a system to grow fish in the desert.

Their system takes low-quality brackish water –– water that has a high salt content –– and pumps it up onto land into pools for raising marine fish. This provides an entirely new source of protein, and income, for desert-dwellers. The conditions in some deserts are also optimal for raising aquarium fish, and Israel is starting to harvest attractive guppies for export to Europe. 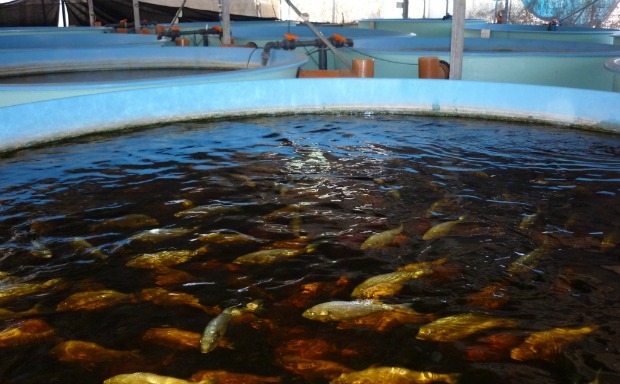 4. Alternative crops in the sand

As with aquaculture, a number of drought-tolerant crops can thrive in the hot desert sun. Fed with brackish or low-quality water, algae for either biofuels or neutraceuticals present a novel way to grow a high-value product on seemingly valueless land. Several Israeli companies and research institutions are working to create the optimal environment for this plant-based microorganism, as well as genetic engineering to make algae contain more lipids that can be transformed into biofuel.

Ben-Gurion University, the Weizmann Institute and the Technion Israel Institute of Technology have joined forces to accelerate this research. Meanwhile, companies like Seambiotics already have commercial products harvested straight from the desert.

Other alternative crops that Israel is growing in the desert include argan trees for cultivating its prized oil. Formerly the trees could only grow in the Atlas Mountains in Morocco. Israel also has a national program for irrigating olive groves with brackish water. “It is working well and definitely the only place where this is being done,” says Berliner. 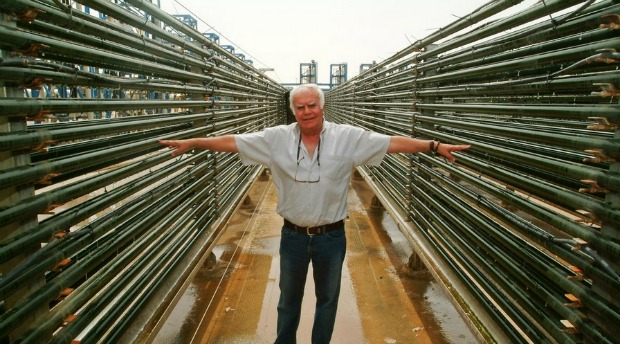 If Israel is known for its expertise in building desert-adapted houses it’s because the blueprints were designed and tested in the desert by the Blaustein Institute. The school’s Desert Architecture and Urban Planning unit focuses on homes that require no air-conditioning, even during the day when the heat is most intense.

You can’t talk about Israel’s success in making the desert bloom without mentioning drip irrigation and the companies that have made Israel a farmer’s best friend in hot, dry climates. These companies include Plastro, Netafim and NaanDan Jain. Unlike much of the innovation in Israel that starts in the lab or research institute, modern drip irrigation was pioneered in the field by farmers, and is widely used across Israel to get the best crops using the least water. Israeli drip-irrigation techniques are constantly shared with other countries through the Foreign Ministry’s MASHAV Center for International Cooperation. The government-owned agricultural research organization, the Volcani Institute in Beit Dagan, is known for producing genetic variants of plants that perform very well in less than ideal conditions. The center’s scientists not only study drought resistance in plants, but also breed new varieties of vegetables and fruits to get the maximum yield of product per volume of water used. This enables Israeli farmers and seed-sellers to find a wide market for their wares.

The center has also done remarkable research on ancient strains of wheat, such as the emmer variety eaten during biblical times, as well as pest resistance and biological control methods that use fewer resources and chemicals.

Unrelated to the Volcani, but located nearby in Rehovot, is the Faculty of Agriculture of the Hebrew University. Scientists here have done incredible work on improving Israeli tomatoes and field crops, among other projects. 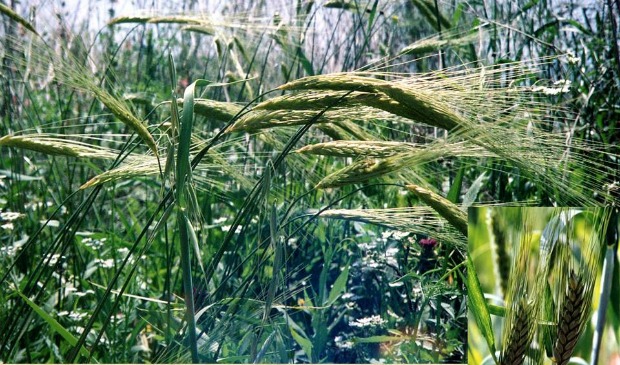 If done correctly, tree planting can reverse desertification by supporting the earth as plant life grows its roots into the sand, and helps to create a cycle of nutrients that nourish the soil.

Israel is the only country over the last 100 years to see a net gain of trees. Donating money every year to plant trees via the Karen Kayemeth LeIsrael-Jewish National Fund is a worldwide Jewish priority, and a model that many countries have copied as they attempt to afforest their lost lands. KKL-JNF also conducts research to understand what trees grow well in the desert, surviving on winter runoff alone, and which do better in wetter, more temperate zones like the Galilee region. 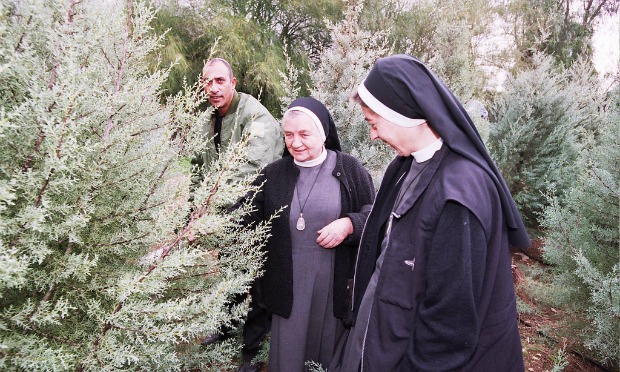 Back in the 1950s, the Israeli government under Golda Meir founded MASHAV in order to share Israel’s newfound expertise in desert agriculture. MASHAV runs a variety of programs, but is best known for its training seminars in Israel and wherever needed –– Africa, the Middle East, South America, Central America, India, China — on techniques ranging from greenhouse management and irrigation to fish farming and dairy farming. The MASHAV-sponsored program TIPA has so far helped more than 700 Senegalese farming families earn a living using drip irrigation. 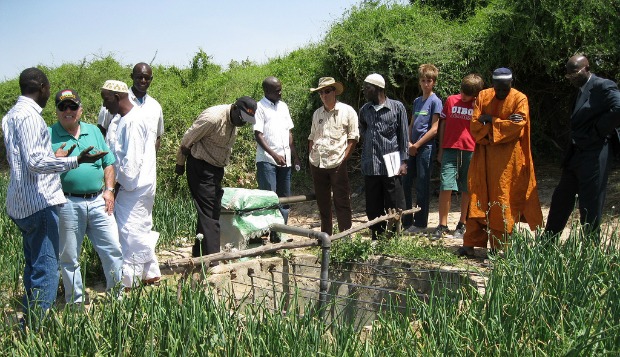 Almost all of Israel’s successes listed above rest on the fact that Israel has been able to excel at wastewater management on a scale that no other country has ever matched. A whopping 50 percent of Israel’s irrigated water comes from recycled wastewater, according to Berliner, and much of this recycles through JNF planted forests. The country that comes closest to Israel’s level of water reuse is Spain, which only reuses about 20% of its liquid resource. 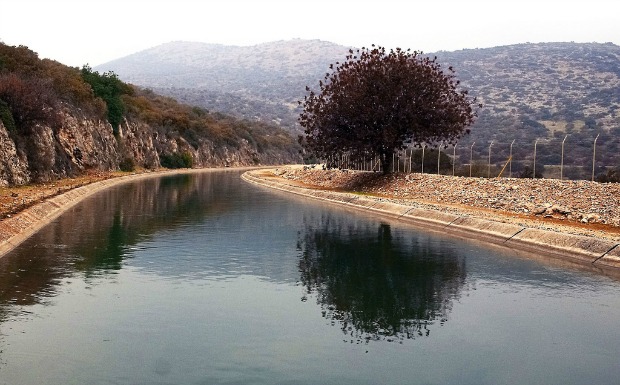 UNCOVER ISRAEL - Get the ISRAEL21c
Weekly Edition free by email
Sign Up Now!
Bring Israel's story to life.
Millions of people around the world rely on us to gain a deeper understanding of Israel. We are the trusted source for original content you won't find anywhere else.
You can make a difference. Donate today to support journalism that brings Israel’s story alive.
SUPPORT ISRAEL21c
Read more on:   Desertification, ecology, Environment, Negev, irrigation, Eco-Living, global warming, Jacob Blaustein Institute for Desert Research