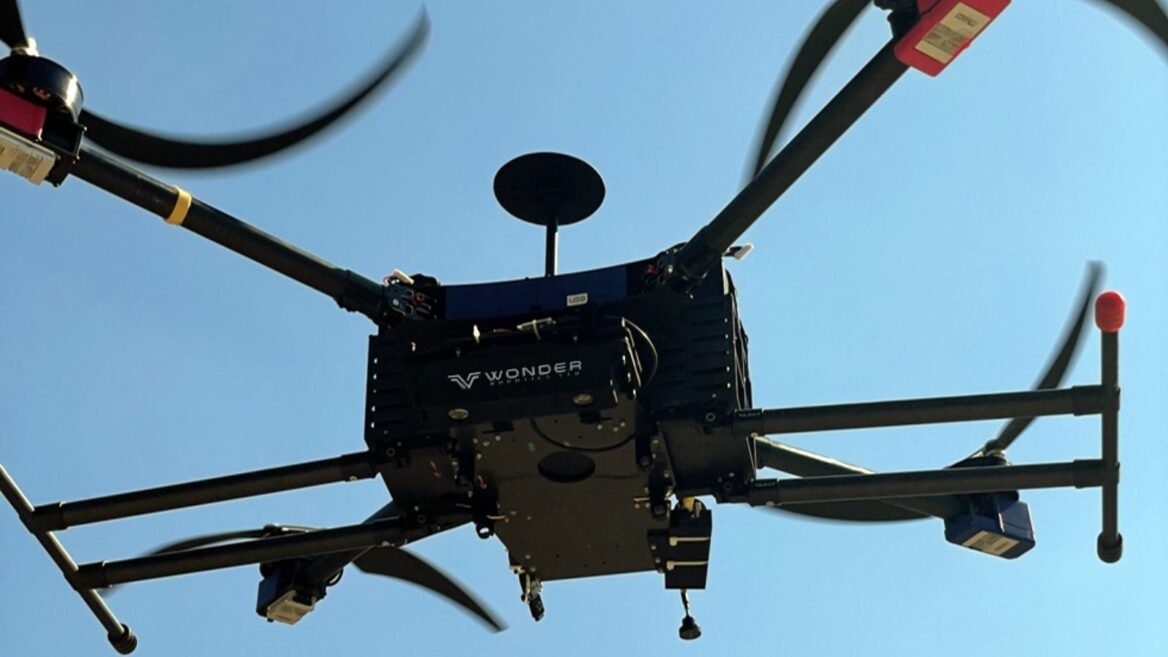 “The word ‘autonomous’ is thrown about with intolerable ease,” laments Idan Shimon.

“If you buy a simple drone, it will be autonomous in the sense that it will fly where you want it to and even land there,” he explains. “You’ll definitely be able to tell the drone to go somewhere, but if you tell it to land and there’s a child in its way, it will land on the kid.”

This is the sort of incident that Shimon, the CEO and cofounder of Israeli startup Wonder Robotics, wants to prevent. 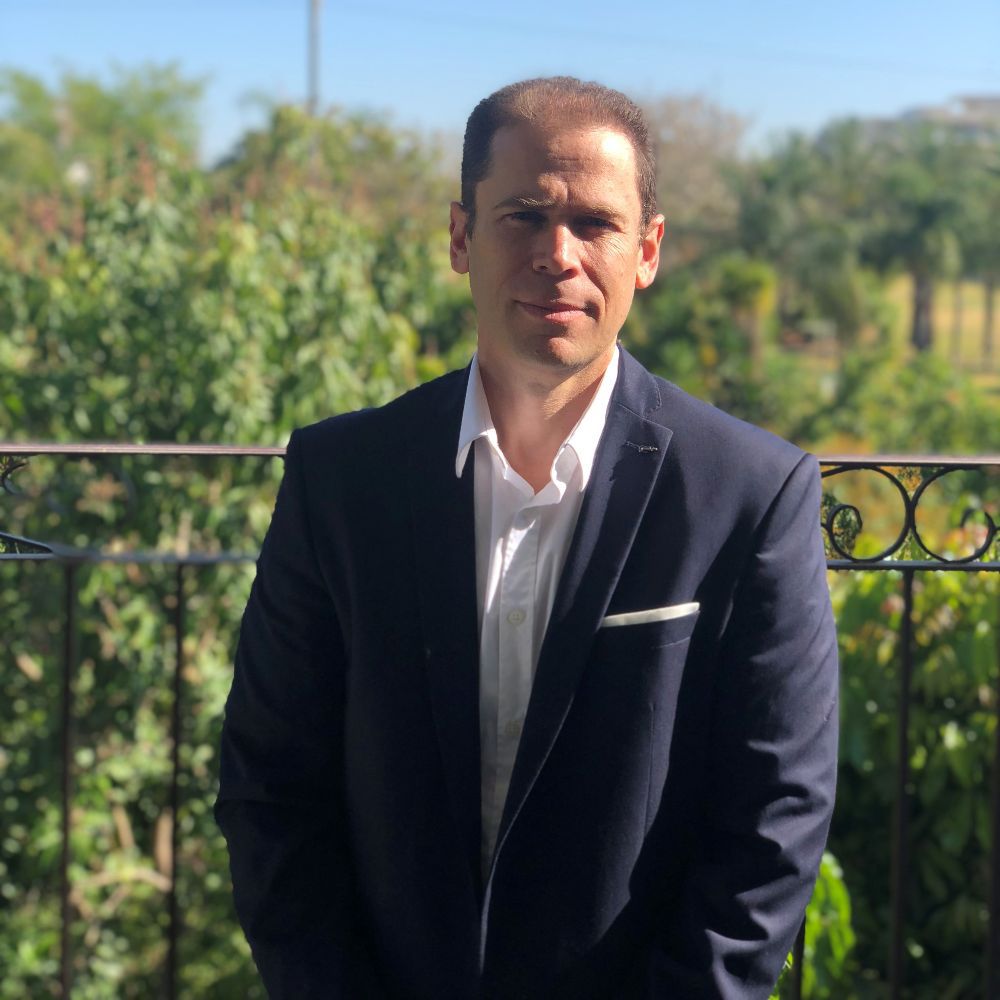 Shimon has decades of experience and passion for all things aviation. He flew model aircraft as a child and served as a drone operator in the army before starting work at Aeronautics, a military-use UAV company, and later on as a consultant in the field.

The idea for Wonder Robotics, he says, came up following an inquiry from a client in the defense establishment.

Drones can’t spend prolonged periods of time in the air, and always take off and land at the same spot. The client inquired why drones don’t stop in the vicinity of their destination to cut down flying times.

“That’s what sparked the idea,” he notes. “The main reason for this is that drones aren’t truly autonomous. They can’t see the world by themselves, navigate themselves or land safely, if need be, without getting stuck in something.”

Instead, drones still rely on operators to help them overcome obstacles such as powerlines, rocks, difficult ground angles and the like.

But as the world moves toward commercial drones set to deliver our shopping and transport items at a large scale, this mode of operation will no longer be viable.

“It’s clear that as a prerequisite for large-scale operations, you can’t afford to have a person in place for each drone,” Shimon notes.

“We’re developing a solution that’s meant to be generic. It will be possible to place it atop any kind of drone,” he explains. “Not for the consumer world but for the commercial world, for drones weighing over 20 kilos and even the big monsters that weigh a ton or two.”

Shimon says the company’s unique approach is in combining algorithms from different worlds.

“In the world of computerized vision there’s two-dimensional analysis and AI like in the case of Tesla and Mobileye, or 3D companies that analyze the world in 3D.”

2D vision, he explains, allows the drone to see far away as it’s flying, while 3D vision is imperative for landing and seeing things such as obstacles and terrain up close. They haven’t been combined before.

“The lower you go the bigger the 3D element of it becomes,” Shimon explains. “You look down with a stereo camera that looks at the world from two angles like the human eye and gets an in-depth picture. That way I can understand not only the semantics – whether it’s water or solid ground – but also the geometry of it, such as rocks and cables. I get to autonomously decide the right place to land or to place a package.” 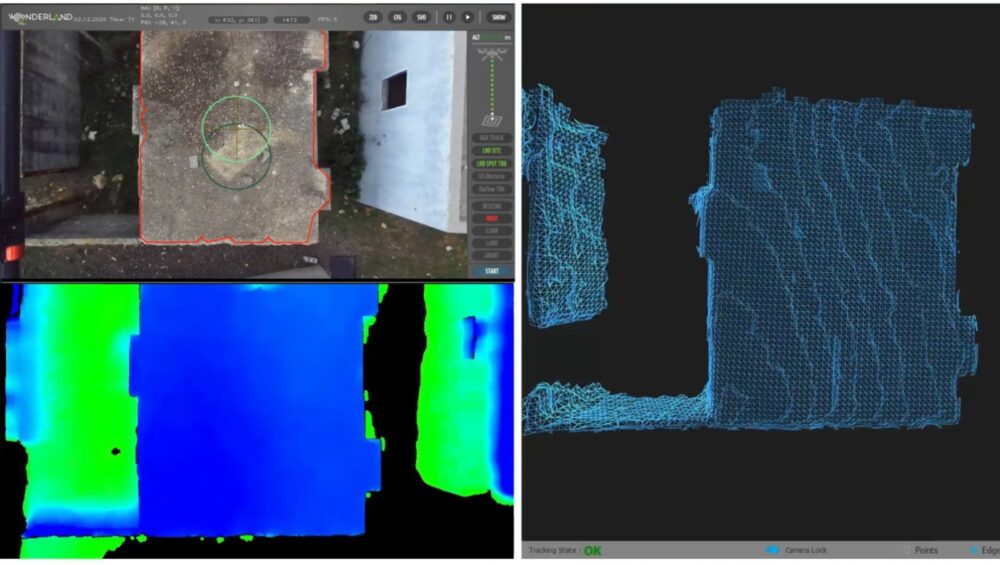 In the commercial world, he says, “everyone’s working only on solutions for landings that are known and have been investigated, in which you decide ahead of time where you’d like to land and mark the spot. Our system knows how to do that, but it also knows how to do it in places that are unfamiliar or haven’t been investigated, for examples in instances of emergency landings in which the system needs to decide by itself.”

This could be key for regulation. “The regulator wants to know that this thing can land on the ground without killing anyone and without getting stuck in anything.”

Wonder Robotics was founded two years ago and funded by Shimon and his business partner. It is now entering its seed round and has five full-time and two part-time employees. Aside from that, it received support from the Israel Innovation Authority and already has customers.

“We have a number of projects in the defense field, with both the Defense Ministry and a large defense company,” he notes.

“There’s an existing product and it works. The goal of the upcoming round is to commercialize it, make it smaller and carry out the optimization necessary for the civilian market.”

At the moment, the Wonder Robotics solution works in what’s called the vertical world of drones, i.e., everything that has to do with looking down for landing purposes. Eventually, the company plans on mastering its horizontal world and enabling drones to travel to their destination in a completely autonomous manner.

“The idea is not to crash into things while flying, to have a 360° view from the drone and not only to look downward,” Shimon concludes.

UNCOVER ISRAEL - Get the ISRAEL21c
Weekly Edition free by email
Sign Up Now!
Bring Israel's story to life.
Millions of people around the world rely on us to gain a deeper understanding of Israel. We are the trusted source for original content you won't find anywhere else.
You can make a difference. Donate today to support journalism that brings Israel’s story alive.
SUPPORT ISRAEL21c
Read more on:   Technology, drones, Wonder Robotics