Helping Negev Bedouins enter the Israeli high-tech workforce is the goal of Siraj, an NGO whose name means “source of light” in Arabic.

Executive Director Fahima Atawna says the Siraj office is “strategically placed” in a WeWork building in Beersheva that houses dozens of high-tech startups including Siraj Technologies, an affiliated company that provides IoT (Internet of Things) solutions and employs 25 Bedouins.

Yet Atawna is hopeful, especially after this summer’s pilot program that Siraj organized in cooperation with Ben-Gurion University and the Massachusetts Institute of Technology.

The five-week course was designed for Bedouin high school students during school vacation “when there are no digital activities for Bedouin students.”

The 17 students developed and built their own mobile applications to address social needs within the Bedouin community, such as helping blind people with public transportation. 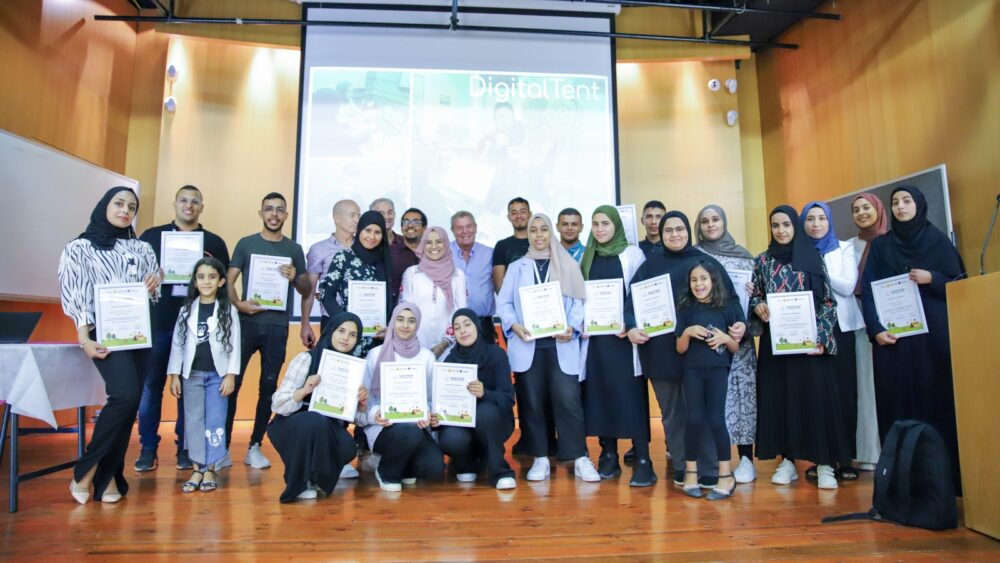 Graduation ceremony of the Siraj Digital Tent course in the summer of 2022. Photo by Bilal Jaradh

Afterwards, the students told Atawna that they want to continue studying so they can go into the high-tech field.

“And a lot of their parents already asked me when there will be another course so they can enroll their other children,” she said.

Siraj works within Negev Bedouin communities, which have the highest unemployment and poverty rates in Israel, engaging thousands of high school and college students, parents, educators and community leaders.

The organization encourages young people to pursue careers in STEM (science, technology, engineering and mathematics) professions such as computer science, intending to create a “pipeline of qualified candidates” to enter the high-tech workforce.

“We want young people to see what these kinds of careers would look like,” Atawna said. 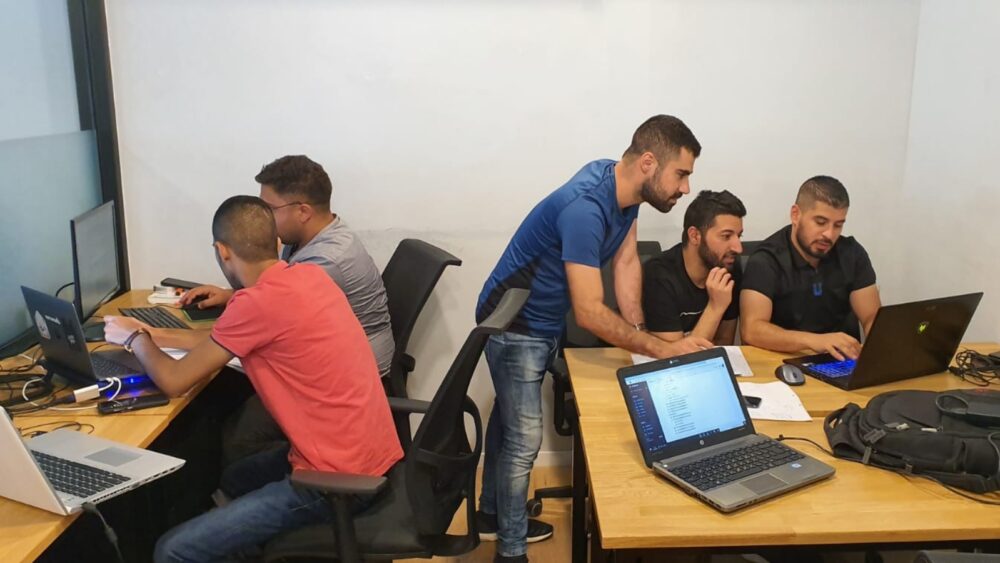 Training people in the OJT (on the job) program at Siraj. Photo courtesy of Siraj

Eman Bin Nasser, 28, from an unrecognized Bedouin village near Beersheva, said she’s the first in her family to work in high-tech.

She got a job as a full stack developer at Siraj Technology in May 2021 after completing her studies at Sami Shamoon College of Engineering in Beersheba, with Siraj’s multi-faceted support.

“I work in high-tech because of the organization,” Nasser tells ISRAEL21c. “I couldn’t have done this without them.”

Atawna, who has a bachelor’s degree in chemical engineering and a master’s degree in public health, said that “you can find educated Bedouins working as doctors in hospitals and [as workers in] factories but very few in high-tech industries.”

Siraj sponsors a mentoring program that aims to reduce dropout rates among Bedouin STEM students, both at the level of high school and university, to keep them focused on high-tech careers.

About 10 college graduates work at Siraj Technologies for six months where they learn hard and soft workplace skills. Atawna said the participants are exposed to “the culture, norms and opportunities within Israeli high-tech.”

Then, the NGO helps place the participants in permanent jobs, either continuing at Siraj Technologies or moving to other high-tech companies or to different industries. 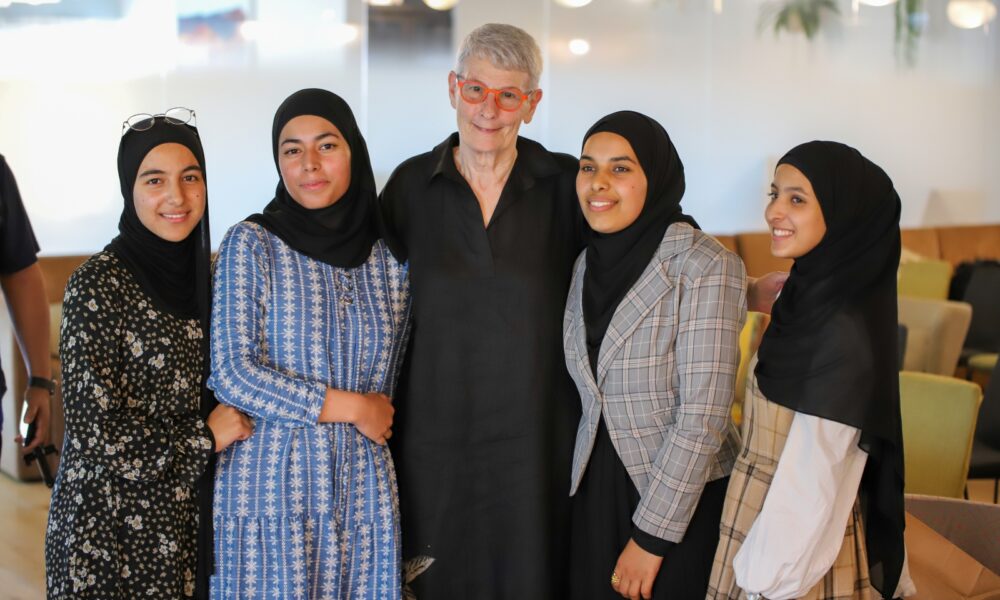 Meeting of young Bedouin women with Israeli computer scientist, high-tech entrepreneur Orna Berry, who was the first female chief scientist and head of industrial R&D of the Israeli Ministry of Industry, Trade and Labor. Photo by Bilal Jaradh

In fact, Atawna was the first Bedouin woman to work at the Israel Chemicals Limited (ICL) plant in the Negev, near her home in the Bedouin village of Hura, near Beersheva.

She cites her father, who also worked at the plant, for giving her the push into chemical engineering.

“My father gave me the motivation to prove myself and I worked hard,” Atawna said.

After her stint at ICL, she went to work in the field of Bedouin public health. A few years later, in 2019, took the job at Siraj “because I wanted Bedouins, including myself, to be part of the global high-tech community.”

Since Siraj was founded, Atawna said the organization has helped a few dozen Bedouin men and women get jobs in high-tech companies.

She said that she is in touch with human resources managers at companies like Google and Facebook, explaining to them that there’s a “huge potential of manpower” waiting to be tapped.

Atawna hopes to cultivate “an active and close-knit ecosystem” where people can share new ideas and employment opportunities as well as close industry gaps.

Throughout the year, Siraj’s conferences and seminars on innovation and entrepreneurship for the Bedouin tech community also attract other participants from the wider Negev region. The meetings feature industry experts as well as educators to government representatives.

Siraj Technologies is also expanding, she said, going from four engineers in 2017 to 25 today.

“The success of the company has a positive impact,” she said. “Other companies see it. We’re opening more and more doors.”