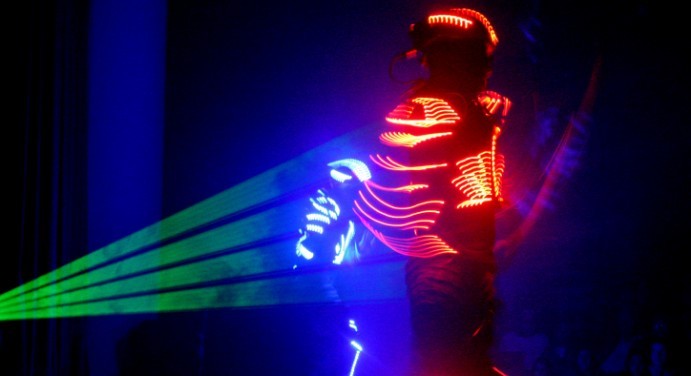 Celebrating Hanukkah in Israel is all about eating, festivals, concerts and lights. With schools closed for the eight-day long holiday, the country is alight with activities for the whole family, crafts workshops at museums, organized nature hikes, new foods and parties.

Torch relay
The annual Hanukkah Torch Relay marks the beginning of the holiday in Israel. People line the road from the city of Modi’in to the Western Wall (Kotel) in Jerusalem’s Old City, passing a burning torch from hand to hand. The torch then lights the giant hanukkiyah (menorah) at the Western Wall. 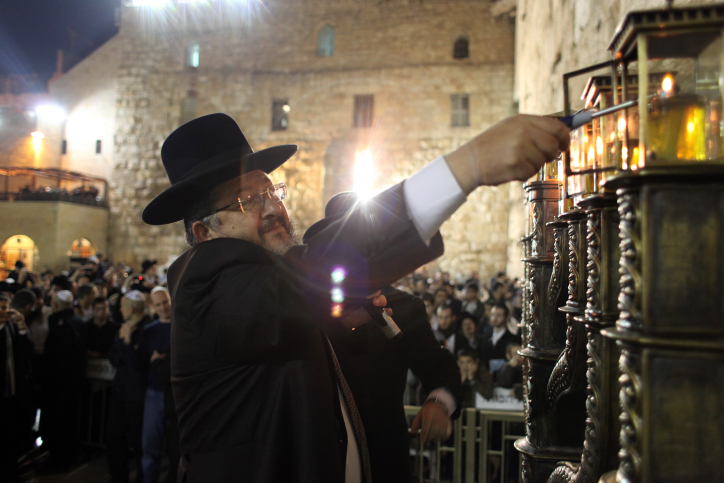 Modi’in, located between Jerusalem and Tel Aviv, is believed to have been the home of Hanukkah’s heroes, the Maccabees, and the place where the Maccabean revolt began.

Eat
Sufganiyot (doughnuts) are by far the most popular Hanukkah food in Israel. Every year, Israelis eat a whopping 24 million of these calorie-heavy-sugar-covered-fried treats made especially for the holiday.

Strawberry-jelly-filled ones are the most ubiquitous, but don’t miss out on the other fillings: halva, dulce de leche, chocolate, pistachio cream and more.

Diets aside, Hanukkah foods are usually fried in oil to remember the Maccabees’ victory over their oppressors and that one flask of oil miraculously burned for eight days in the rededicated Temple in Jerusalem.

Many dishes also contain cheese to celebrate Judith’s victory over the powerful Assyrian army (she gave Holofernes, an invading general of Nebuchadnezzar, salty cheese to make him thirsty, wine to make him drunk, and then beheaded him).

Hanukkah is one of the best times of the year to catch a show. Dozens of concerts, comedy, theater and dance productions – aimed at adults and children alike – are on offer throughout the country.

The Festigal and Motek Shel Festival are the two biggest children-oriented variety shows featuring top children’s entertainers. Festigal started in 1981, while Motek Shel Festival, aimed at younger children (ages two-five), is now in its sixth year and packs a more educational message into the songs and dances.

The shows sell out quickly, and even those parents trying to shield themselves from the onslaught will find their children singing the songs until the next Hanukkah season rolls around. Like it or not, Festigal and Motek serve up the soundtrack for the year to come.

Hanukkah lights in Jerusalem or Bnei Brak
Jerusalem’s Old City and the ultra-Orthodox city of Bnei Brak show why this holiday is called the Festival of Light. People from all over the country – as well as tourists from abroad – take a self-guided tour in the evenings during the eight days of Hanukkah to view the hanukkiyot flickering in window sills.

Light candles with your neighbors

The Chabad of Israel organization sets up big hanukkiyot in neighborhoods around the country to ensure that everyone gets the chance to celebrate the holiday.
The biggest one can be found in Jerusalem. Prominent rabbis usually take turns leading the prayers and songs during the candle-lighting ceremony.

So, if you’re visiting Israel and didn’t bring a menorah with you … just go outside at sundown to the nearest big hanukkiyah, and join your neighbors, 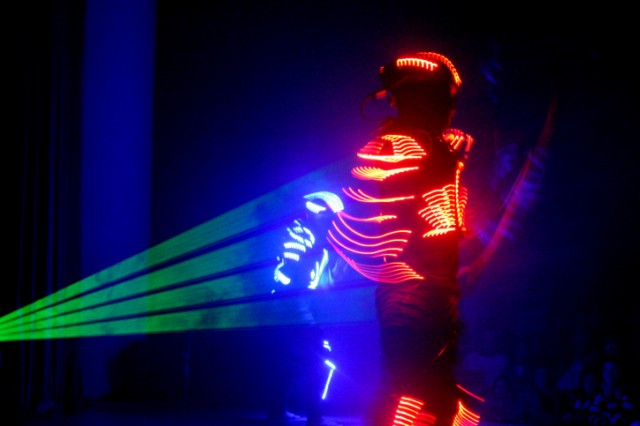 It’s the festival of oil, so where better to start your visit than the Museum of Edible Oil Production in Haifa?
In a country overflowing with museums of every size and nature, the holiday is a great time to pack the family and go get cultured. Almost every museum  offers special holiday activities for the whole family.

The Tower of David Museum  always offers something special for Hanukkah, as do the Children’s Museum in Holon , the Israel Museum in Jerusalem  and the Tel Aviv Museum of Art , among many others.

Make your own candles/hanukkiyah/dreidel (spinning top)

Arts-and-crafts workshops pop up everywhere during the holiday season – at shopping malls, museums, public outdoor spaces, and at festivals. A bit of glue, paint, wax and glitter – and you’re on your way to making a unique, personalized item for the holiday.

Be a Maccabee in nature

Get a true feel for the Hanukkah festival and go back in time.
The holiday story is recreated every year at the Hasmonean Village in Shilat. Learn the story of the Maccabees, harvest olives, create mosaics and make wax candles.

The annual Ein Yael Oil Festival in Jerusalem also takes you back to ancient times and shows how to make olive oil the old-fashioned way. The holiday story is woven into different activities.

The Israel Nature and Parks Authority wants you to take a hike. Forest rangers lead visitors on guided storytelling hikes and offer environmentally friendly activities for the kids – including making an ecological hanukkiyah.

The Society for the Protection of Nature in Israel always has a whole slew of Hanukkah events for the whole family. Guides tell stories connected to the holiday and lead groups through some of Israel’s finest natural settings.