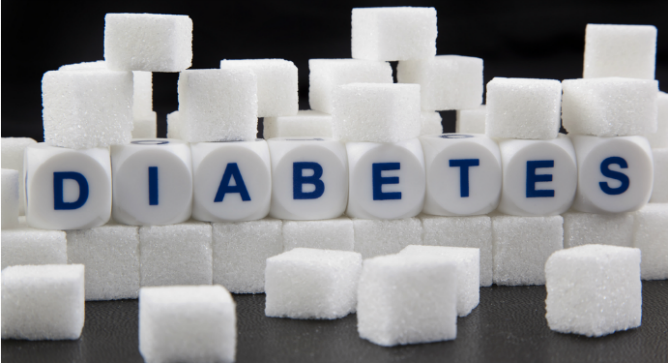 The latest numbers from the World Health Organization indicate that one in 10 people has diabetes — more than 346 million people worldwide. Diabetes means the pancreas doesn’t produce or release the hormone insulin as it should, so the body can’t metabolize sugars properly. Diabetes is the seventh leading cause of death in the United States.

Type 1 diabetes, or juvenile diabetes, is characterized by a lack of insulin production. Type 2 diabetes is caused by the body’s ineffective use of insulin, often resulting from excess body weight and physical inactivity.

Left untreated, either form of diabetes can lead to cardiovascular disease, blindness and kidney failure. Currently, it can be treated by injections of insulin, but there is no cure.

Despite its small size, Israel is a major player in diabetes research, with scientists searching for ways to provide better prevention, treatment, and ultimately a cure for this globally rampant disease. ISRAEL21c brings you the top 10 projects in the field.

People who have diabetes must check their blood-sugar level every few hours throughout the day and night, to determine when and how much insulin is needed to balance it. A new artificial pancreas developed at Schneider Children’s Medical Center in Tel Aviv could make this task automatic.

The first diabetes system of its kind for home use, the MD-Logic combines an off-the-shelf glucose sensor and an insulin pump, connected to a computer that programs the information and stipulates the amount of insulin that should be released. It also conveys an alert if there’s a problem. So far, the software-driven device was successfully tested on children in Israel, Slovenia and Germany.

The largest and most advanced study ever involving Type 1 diabetes patients, encompassing trials in Israel, Canada, the United States and a dozen European countries, is centered around an insulin alternative developed at Israel’s Andromeda Biotech.

The synthetic peptide DiaPep277 seems to halt the progression of this form of the disease, in which a haywire immune response actually kills the insulin-producing beta cells in the pancreas.

If the peptide successfully modulates the immune system, it could be given to patients at an early stage of the disease in order to preserve still-functioning beta cells. Final clinical results are expected in 2014. 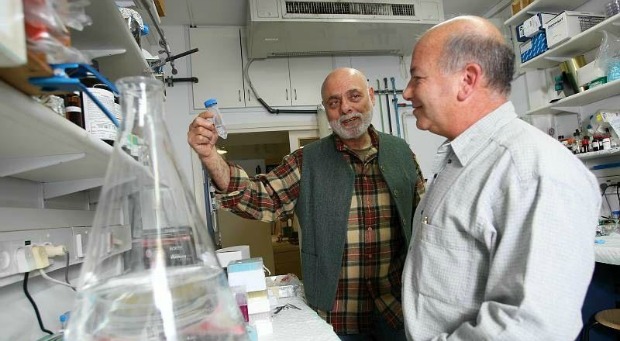 DIAMOND, made by the Israeli medical device company MetaCure, is an implantable gastric stimulator with electrodes attached to the outer stomach muscles. Its original purpose was to treat obesity by enhancing stomach muscle contractions for a greater feeling of fullness, and to stimulate the release of hormones influencing hunger, satiety and the absorption and metabolism of nutrients. 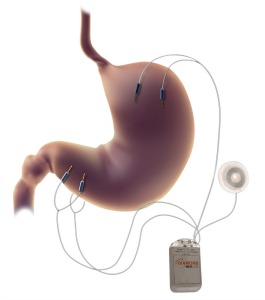 But its developers discovered that in the hundreds of people implanted with DIAMOND worldwide, the device also effectively controls blood glucose levels as well as, or better than, synthetic insulin and other diabetes medications. It also helped improve diabetes-associated conditions such as high blood pressure, cholesterol and triglycerides.

LifeWatch V, the world’s first medical smartphone, is an Android-based phone with embedded sensors to analyze everything from blood glucose levels to body fat percentage. Blood-glucose test strips can be inserted into a portal on the phone’s stainless-steel frame, and results are automatically and securely sent to a remote server for analysis by the company’s proprietary algorithms. Results and trend data are quickly shared with the user and/or a parent or healthcare provider via email or text message.

Now in the process of regulatory approvals in Israel, Europe and the United States, LifeWatch V was designed by LifeWatch Technologies to be user-friendly for anyone from children to seniors. Young diabetes patients are a core target group because the device will help parents monitor their children’s daily testing and treatment while they are at school.

One of the promising approaches in treating Type 1 diabetes is to transplant healthy insulin-producing beta cells into the pancreas. A new technique developed by Ben-Gurion University Prof. Smadar Cohen increases the survival and effectiveness of these transplanted cells.

Her breakthrough approach, currently being tested on diabetic mice, involves surrounding the transplanted cells with a three-dimensional latticework of nurturing blood vessels. The biologically engineered tissue secretes growth hormones and helps cells communicate with one another.

Researchers at the Hebrew University and Hadassah University Medical Center of Jerusalem have identified the body’s glucose-sensing enzyme that prompts production of insulin-producing beta cells in the pancreas as blood sugars increase.

The groundbreaking multi-year study, funded with the support of the Juvenile Diabetes Research Foundation and reported in the journal Cell Metabolism, could lead to ways of restoring or increasing beta cell function in people with Type 1 diabetes.

A study involving 37,000 Israeli teenagers over a 17-year period found that an elevated body mass index (BMI), even in normal range, at adolescence and at adulthood are independently associated with the risk of diabetes and heart disease. During the study period, 1,173 new cases of Type 2 diabetes were diagnosed among the test group.

Another Israeli study involving 677 mostly male middle-aged Israeli workers showed that people who suffer from job-related or other kinds of emotional “burnout” may be prone to developing Type 2 diabetes as a result of stress-caused emotional exhaustion, physical fatigue and cognitive weariness.

The take-home message from all three of these studies is that early intervention in the form of lifestyle and diet counseling could prevent many cases of Type 2 diabetes.

Five Israeli immunologists, cell biologists and beta cell experts have won grants of up to $130,000 per year for up to three years toward researching cures for Type 1 diabetes, thanks to a joint program of the Juvenile Diabetes Research Foundation and the Israeli government-funded Israel Science Foundation (ISF).

The funded projects include Dr. Benjamin Glaser’s work method of inducing insulin-producing beta cells to replicate; Michael Walker and Yoav Soen’s development of therapeutic tools to create functional beta cells; Yehiel Zick’s research to better understand the mechanisms behind a gene that protects pancreatic beta cells from destruction; Ofer Mandelboim and Angel Porgador’s development of an antibody to block a receptor used by immune system “killer cells” to destroy beta cells in the pancreas; and Yoram Reiter’s establishment of the foundation for a novel antibody-based immunotherapeutic approach to prevent and treat the disease.

The mineral-rich Dead Sea has long been known as a natural treatment for skin, rheumatic and respiratory diseases. According to a study by health sciences researchers at Ben-Gurion University of the Negev and Soroka Medical Center in Beersheva, the salty waters also help lower blood glucose levels and could improve the medical conditions of diabetics.

The study described in Israel Medical Association Journal last summer involved 14 people between the ages of 18 and 65 who have suffered from Type 2 diabetes for less than 20 years. After soaking in a pool filled with Dead Sea water for 20 minutes, there was a considerable decrease – up to 13 percent in some cases – in the blood glucose levels. It’s still a bit early to draw conclusions, but further testing will determine if one day a Dead Sea dunk could be prescribed as a way to lessen the dose of insulin needed. 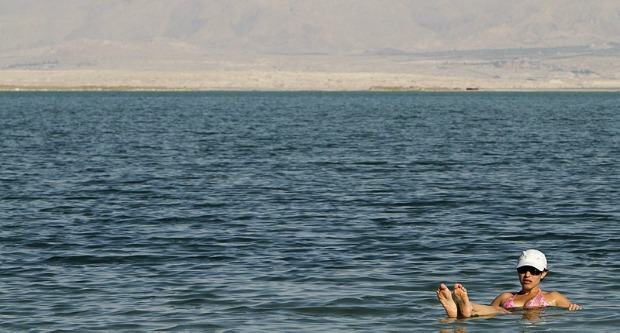 A dip in the Dead Sea could be a way to lower blood sugar levels. Photo by Flash90.

A Hebrew University-Harvard University team is working on extracting naringenin, a compound from grapefruit, and using nanotechnology to make it into a product that could be sprinkled on food to change how the body processes fatty and sugary fare.

The dietary supplement could have significant implications for the drug market, particularly in relation to diabetes and obesity. Ordinarily, the absorption of the fat- and sugar-busting molecule naringenin is quite low, so to improve absorption capabilities, the researchers engineered a form of naringenin that includes an extra ring of sugar attached to the molecule.

Harvard University and Yissum, the technology transfer arm of the Hebrew University, are working toward commercializing the substance.

UNCOVER ISRAEL - Get the ISRAEL21c
Weekly Edition free by email
Sign Up Now!
Bring Israel's story to life.
Millions of people around the world rely on us to gain a deeper understanding of Israel. We are the trusted source for original content you won't find anywhere else.
You can make a difference. Donate today to support journalism that brings Israel’s story alive.
SUPPORT ISRAEL21c
Read more on:   Health, Research, Diabetes, Dead Sea