Israelis are passionate about milk products. After all, it was a hike in the price of cottage cheese that sparked the social justice protests of 2011. This time, the flap is over the cost of beloved pudding treat, Milky, the price of which is apparently so inordinately high that it has caused young Israelis to flee the country for Berlin where a comparable product can be had for a fraction of the price.

Certainly the high cost of living in Israel is no laughing matter but the fact that Milky, of all things, has become a symbol of the consumer’s burden borders on the absurd given that chocolate pudding and whipped cream is not a dietary staple. 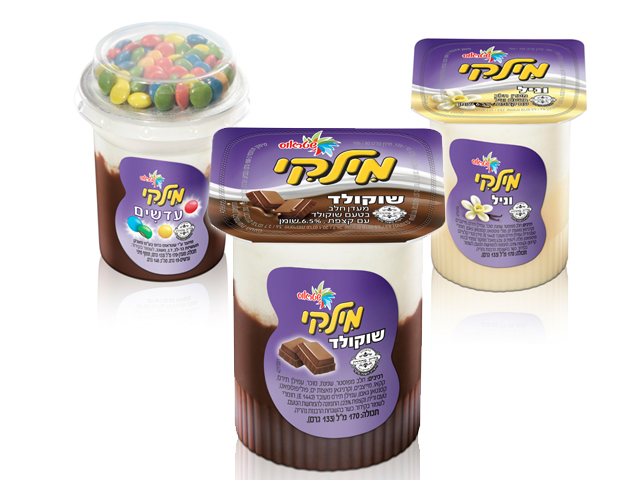 On the other hand, Milky may be a fitting symbol for the Israeli consumer’s battle for justice. After all, anyone who remembers the original three-part commercial campaign for this delightful whipped cream and pudding dessert in a cup, should also remember that it was named “The Battle For Milky”.

Some background: The forerunner of Milky was a dairy dessert developed by global corporation Danone and launched in 1969. Constructed of two layers — chocolate pudding topped with whipped cream — the Dany Sahne (“Dany with cream”)  was a hit in Germany where its popularity continues to this day.

In 1969, Danone acquired part of Israeli dairy concern Strauss. As part of its Israeli market penetration, the company launched chocolate pudding treat “Dany” in 1972. In 1979, Strauss began producing its own version of the “Dany Sahne”. Named “Milky” it has become the flagship product for Strauss (now Strauss-Elite) and is Israel’s the most successful dairy delicacy with a 90% market share.

To understand the impact of the commercial, you must first understand that there was only one television channel in Israel in 1979. Moreover, there was no commercial TV; commercials were screened at the movie-house before the main feature. Unlike today, when commercial breaks indicate the moment when viewers can run to the fridge or bathroom, in those days, film-goers would actually come to the show early so as not to miss the commercials that were a form of entertainment unto themselves.

The Milky commercials starred model Cheli Goldenberg and comic actress Aviva Paz and were directed by comedy director Yigal Shilon — who himself appears in the third spot.

Later on, with the advent of commercial television, “The Battle For Milky” was revived with model turned actress Sandi Bar.

Here, art imitates life as Bar appears with ex-husband Aki Avni in a take-off on “Mr. and Mrs. Smith”… or “The Mask of Zorro”… or “The War of the Roses”… or something.

The company further notes that Milky is suited ideally to the Israeli consumer’s taste, as “Studies show that… Israeli consumers prefer the product with as much whipped cream as possible”. To satisfy that yen, Strauss-Elite recently launched a Milky duo-pack with extra cream.