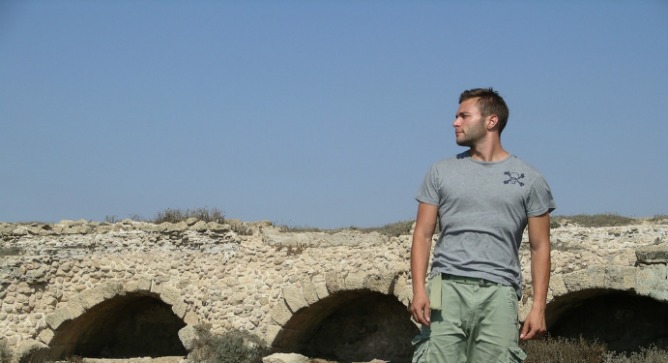 “My first job was to coalesce what didn't exist,” says Shultz.

When businessman and social philanthropist Jay M. Shultz arrived in Tel Aviv from the United States in 2006, he was surprised to find the city lacking in young professional community groups for English-speakers. So he set one up. Then another and another and another.

Coming from the working world of New York City, Shultz tells ISRAEL21c that he “knew the value of these young professional communities. Community is a cushion. When I moved here there was a vacuum in young international life. People need to plug in for friend networks, business networks. My first job was to coalesce what didn’t exist. I needed to build community.”

Today, he heads a whopping seven non-profit organizations all catering to the international community in Tel Aviv.

ProjecT.A., run in partnership with the municipality, seeks to get internationals personally involved in improving the city; and the Adopt-A-Safta initiative pairs volunteer young professional internationals and Israelis with lonely Holocaust survivors.

All of Shultz’s initiatives have been met with open arms. Young professionals – both Israeli and international – swarm to the different events these NPOs sponsor each month. The events also attract staff from embassies as well as tourists and the foreign press.

The monthly Arts Council events are booked within days. The Salon lectures are packed. Shabbat dinners or lunches are sold out months in advance.

This 36-year-old New Jersey native with an art history and law background has one of the most coveted contact lists in the country. He says this list includes more than 25,000 people in total and 10,000 names in Tel Aviv alone.

A man of many hats

How does he do it all?

On average, Shultz says he sleeps for four hours a night. When asked to describe a typical day, he says, “I’m not sitting on the beach sipping Mai Tais.” 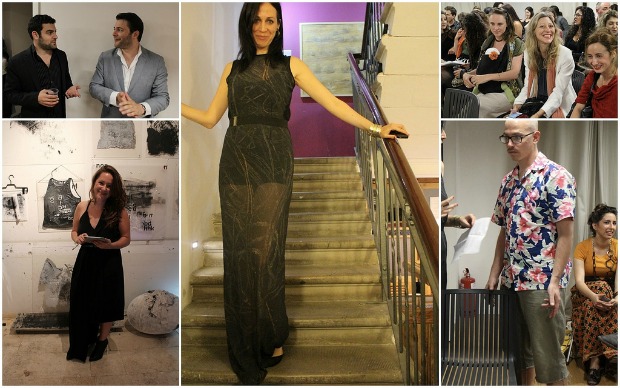 While he can pepper his speech with a few key Hebrew words – and does so for effect — he cannot speak the language fluently. Nevertheless, Shultz has changed the landscape of Tel Aviv for English-speakers. Though the city is famous for its business and high-tech startups, no entertainment and social options were specifically oriented to “Anglo” immigrants.

Shultz likes to call himself a “struggling philanthropist’ when describing all the community-oriented initiatives he has on the go.

“You can be a philanthropist without being a millionaire,” says Shultz. “Creativity and energy are far more important than money. When I do an event, everyone pays. I cover my costs but I don’t make anything.”

That’s not to say he’s living on a shoestring. He is a partner in a US medical software firm and works in commercial real estate development in the Galilee.

Much of what he does stems from his fervent Zionism.

Shultz says he moved to Israel because he was unhappy with the state of Jewish life in the Diaspora. He often repeats that he “came on a one-way ticket” though he has yet to take on dual citizenship.

“You don’t have to become fully Israeli. I’m here to become a Jew in Israel. I’m happy for my kids to be 100 percent Israeli but I like who I am,” he says, referring to his Western cultural background. “Israelis are amazing, the warmest people in the world. But my community of young Western olim brings something different to Israel and we have different needs.”

The ‘other’ mayor of TLV

It wasn’t long before City Hall saw the positive impact Shultz was making in the city. The official municipality English website highlights and links to his events.

Whereas community involvement abroad is second nature, in Israel it’s still in its infancy. The municipality realized there’s a gold mine of opportunity in Shultz’s rolodex.

“The mayor and his office have been phenomenal,” says Shultz. “They are very helpful and very open and support everything I’m doing. We have a lot of unofficial partnerships, helping each other.”

Which leaves Shultz freedom to create at will whatever he thinks is the next great idea. Like the Jewish Community Center of Tel Aviv, the reincarnation of the old North Central Synagogue he and his compatriots are reviving.

“Tel Aviv represents the most desirable place in Israel for most young Jews living in New York and Miami, London or Paris to want to move to. And for that we need community.”

UNCOVER ISRAEL - Get the ISRAEL21c
Weekly Edition free by email
Sign Up Now!
Bring Israel's story to life.
Millions of people around the world rely on us to gain a deeper understanding of Israel. We are the trusted source for original content you won't find anywhere else.
You can make a difference. Donate today to support journalism that brings Israel’s story alive.
SUPPORT ISRAEL21c
Read more on:   People, Tel Aviv, Jay Shultz