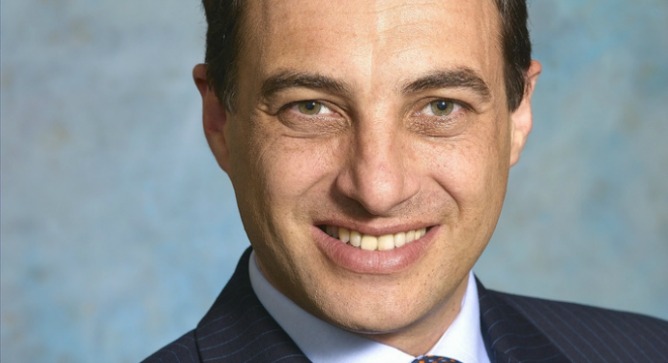 “It is easier to be an entrepreneur in Israel than in Europe,” states Edouard Cukierman, French-born founder and chairman of the largest investment team in Israel. “But it’s easier to raise money in Europe for an IPO.”

That simple evaluation underlies the successful strategy of Cukierman & Co. Investment House, which since 1993 has been involved in raising about €4 billion mainly for Israeli startups and mature companies.

Cukierman, 47, spoke with ISRAEL21c days before the 10th Go4Europe Conference in Tel Aviv, the biggest event organized by an investment bank in Israel. Through this venue, Cukierman & Co. promotes cross-continental relationships in high-tech, biotech and green-tech.

“The first edition, in 1997, had 50 participants, while last year we had 1,200 including 400 that came especially from Europe,” he relates. “Every year we have more and more people interested in being exposed to Israeli technology and investment opportunities.”

While Israeli startups typically set their sights on North America, Cukierman points out that Europe was Israel’s first trading partner and is still the biggest world market in terms of purchasing power parity.

“If you look at the number of IPOs and funds raised through IPOs in Europe since 2005, more money was raised in Europe than in the US. Yet almost no Israeli investment bank had been looking at that market.”

Born to an Israeli mother and a French father (world Jewish communal leader and banking executive Roger Cukierman), Edouard Cukierman spent summers in Israel with his grandmother and at age 18 left his immediate family in Paris to live in Israel permanently.

He met his half-Yemenite, half-German wife, Galia, when both were students at the Technion-Israel Institute of Technology. Cukierman jokes that their three boys (aged 17, 14 and 11) are nicknamed “chocolate,” “mocha” and “vanilla” for the differing skin shades each son inherited from the gene pool.

Galia went on to become a sustainability consultant for food companies and to teach at the Hebrew University’s agricultural campus in Rehovot. Her husband began building business bridges between Israel and his native country while still an undergraduate.

“I was lucky to have a chance to initiate international projects at the Technion, such as bringing 600 French Jewish students there in the summers, and I helped the Technion raise funds by selling its patented technology to French industry.”

After military service, Cukierman earned his MBA at the French campus of INSEAD, one of the world’s leading graduate business schools. A year later he established his firm, one of the first three VCs in Israel. In 1997, he took it public on the Paris stock exchange and began raising awareness and money for Israeli companies in Europe.

“Eventually we added about 5,000 shareholders — many exposed for the first time to Israeli venture firms,” says Cukierman.

Most of the portfolio companies do initial public offerings in France, Germany and Switzerland, and some in London, while others gain a foothold via private placement or merger-and-acquisition transactions.

“One thing particular to Israel is that tech companies, from day one, look at how to access the international market since the local market is too small,” says Cukierman. “You typically see French companies going public [only] in France, for example, but Israeli companies will raise money wherever they can. I had the same attitude toward financial services.”

Cukierman has divisions covering life sciences, telecom and IT, green technology and real estate. Its private equity fund, Catalyst, has dealings in the United States, Russia and China. The company is based in Tel Aviv, and the staff is purposely multinational.

“A lot of people from overseas – Germany, Sweden, Portugal, France, Belgium, Switzerland — have joined our firm and we enjoy selling Israel to the European investor community even though it is not always easy,” says Cukierman.

“There is a perception of risk when you sell Israel to European investors. But over the years, especially over the last five, you can see Israelis over-performed comparable to European countries in the same market.”

Israeli businesses’ consistent performance and return on investment helped Israel take the No. 1 spot in VC investment per capita.

“What is invested here in venture capital today represents half of what is invested in all the European countries put together,” Cukierman says like a proud papa.