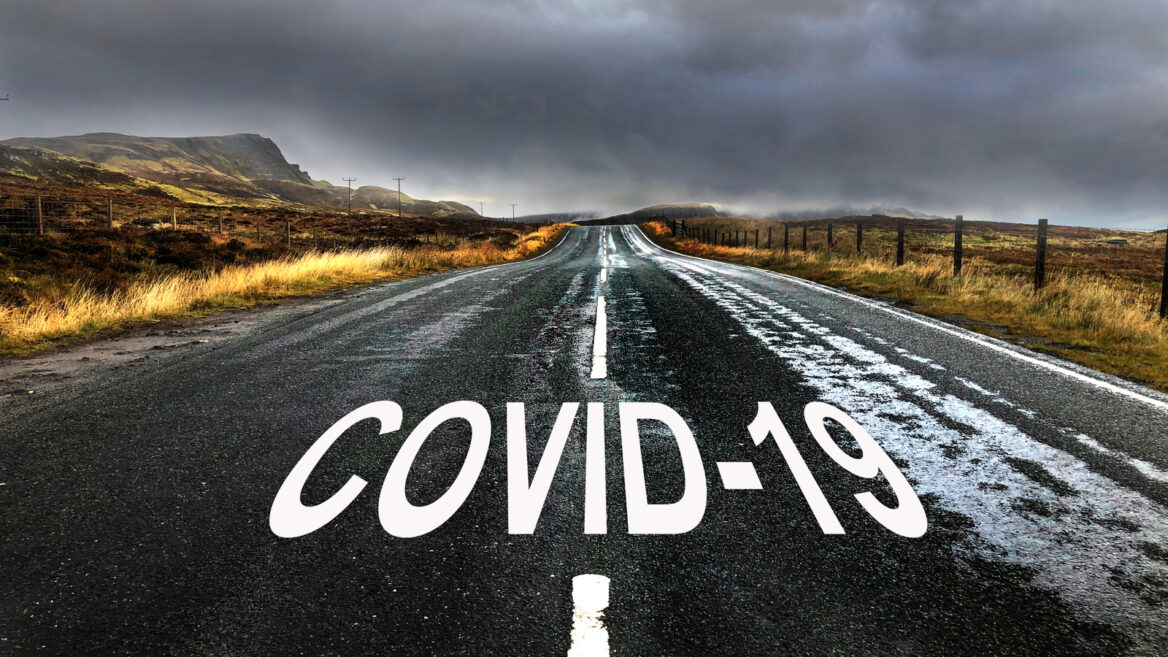 Image by Marta Ortiz via Shutterstock.com

“David,” 21, went for a Covid-19 test in October after developing a cough and general weakness.

“Within a few days of the positive test result, I started getting headaches and dizziness and I got even weaker. My vision went blurry,” David tells ISRAEL21c.

After quarantine, those symptoms continued along with muscle pain, tremors and tics. David was admitted to the hospital for two days.

“Then I tried to go back to routine life and realized a few weeks later it wasn’t just that I’d lost muscle tone and my sense of taste. I have some cognitive stuff like short-term memory deficits. There was something else going on.”

David is experiencing “long Covid,” a little-understood syndrome thought to affect one in three Covid-19 patients up to six months after recovery from the initial viral infection.

About 10 weeks after his diagnosis, David was referred to the new post-Covid clinic at Hadassah Medical Center in Jerusalem.

He was then referred to the medical center’s corona rehab unit for physical and occupational therapy.

“My sense of taste returned after four months, but I still have the other symptoms six months later,” said David.

“My neurologist told me that there is no treatment for long Covid yet. They’re still studying this. The doctors are trying their best with what they have.”

Over the last year, long Covid has started to emerge as a disturbing and serious health problem worldwide. In April, a study of 230,000 patients who have recovered from Covid-19, found that one in three (34 percent) suffer from a neurological or psychiatric diagnosis six months after their illness.

The research, published in The Lancet Psychiatry journal, proved that Covid-19 patients were significantly more likely to develop brain conditions than those suffering other respiratory tract infections.

Dr. Neville Berkman, director of Hadassah’s Pulmonary Institute and post-Covid-19 clinic, says long Covid symptoms appeared in about half of the 4,500 people hospitalized at Hadassah for Covid-19. 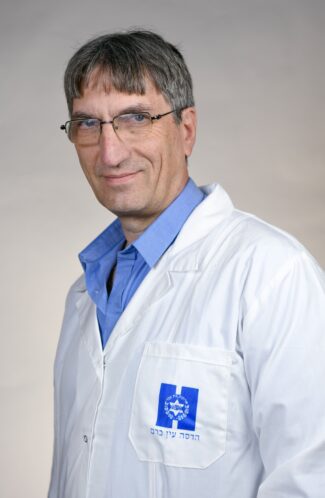 Generally, he divides long Covid patients into two groups, though many fall into neither or both categories.

The first group, like David, experiences symptoms that aren’t easily characterized or confirmed with objective tests.

This group is referred for physical, occupational and sometimes speech therapy, as well as psychological treatment if depression or anxiety are involved.

One extreme case in the first group is a 30-year-old woman still dealing with chest, joint and muscle pain nine months after recovering from mild Covid-19. “Most patients are pretty much fully recovered in six months,” says Berkman.

The second group has clear evidence of damage to the lungs, heart or nervous system. These patients are referred to physicians in the appropriate discipline.

Berkman had a 48-year-old patient in this group who had been hospitalized in the ICU for four weeks and ventilated for two weeks.

“When he was discharged, he went to the rehab ward because his legs were too weak to walk. After three months, he was still very short of breath and had swollen legs. We found evidence of blood clots that weren’t present when he was initially evaluated. From that he had developed heart failure. We treated these conditions, and he is now doing remarkably well six months post-corona.”

Doctors hypothesize that long Covid is caused by the extreme overreaction of the immune system, known as a cytokine storm. 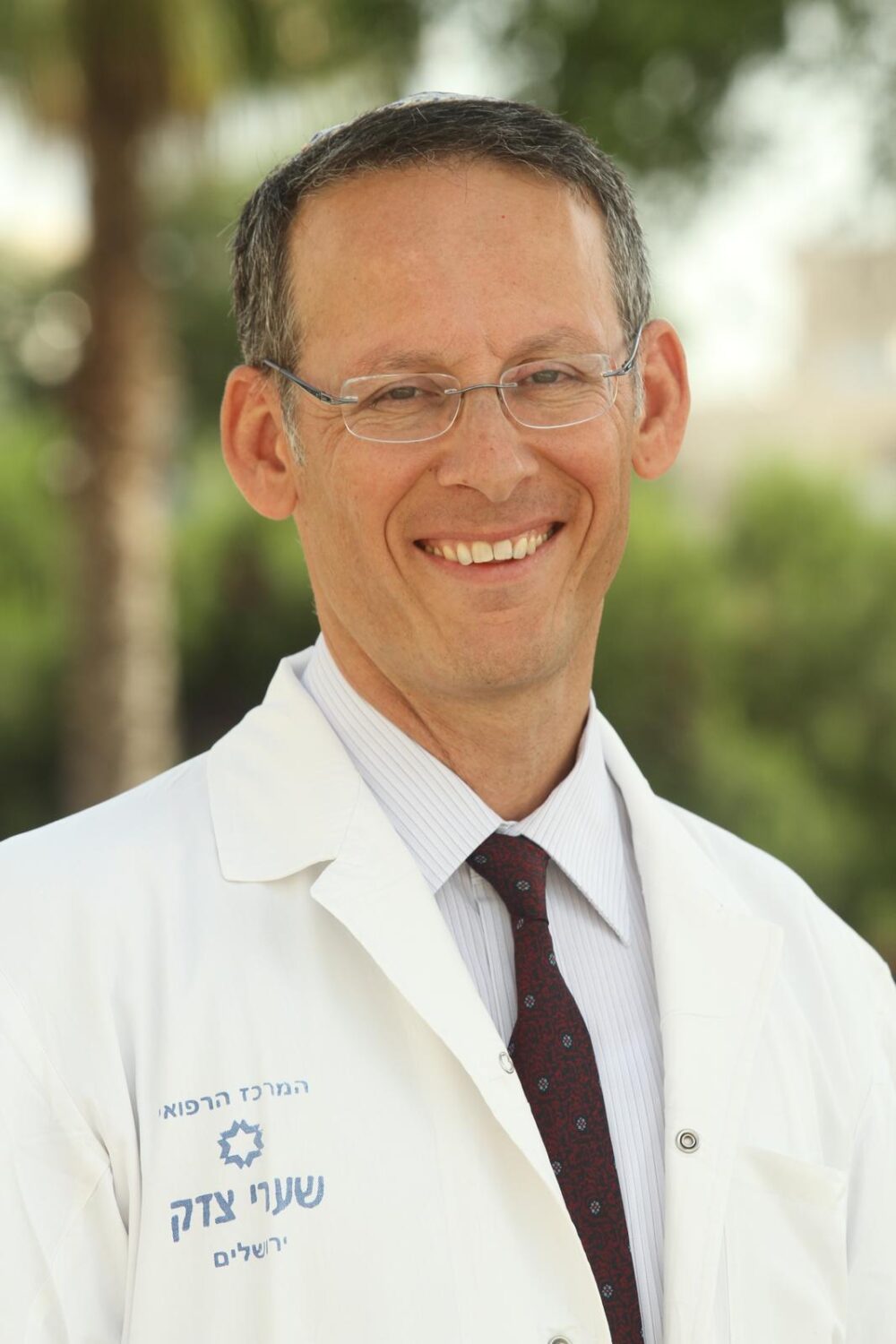 “We can compare it to an earthquake,” says Dr. Gabriel Izbicki, head of the Pulmonary Institute at Jerusalem’s Shaare Zedek Medical Center.

“The tremor itself lasts a few seconds or minutes but when it’s done there is a lot of damage and suffering ahead. Likewise with Covid. In a few days, a PCR test will be negative and the patient has antibodies. But there’s still a lot of damage in the wake of the cytokine storm.”

Another possible culprit is the severe inflammation and blood coagulation problems Covid-19 causes. Some of these symptoms are caused by clots in small blood vessels.

Published studies after the SARS and MERS epidemics reported some long-term symptoms, prompting Izbicki and his staff to open a post-covid outpatient clinic in June 2020 while they were still treating active patients. The number of post-infection problems after Covid are much higher, he discovered.

“We collected data from about 200 patients and many more came,” Izbicki tells ISRAEL21c.

Long Covid is the same everywhere

The Shaare Zedek clinic checked each patient three and six months after they were officially declared recovered.

“We have data now from 166 patients three months later, and we found some good news and some bad news.”

The bad news: 94 percent of recovered Covid patients were still symptomatic three months later. They reported one or more symptoms, ranging from shortness of breath, tiredness, and chest or muscle pain to sleep disturbances and hair loss.

Even those who’d had only mild cases still had symptoms three months later. “In fact, they had more symptoms than they had in their illness. Their medical situation worsened,” Izbicki says.

The good news is that 95% of the pulmonary, cardiac and neurological tests performed on these patients were normal despite their symptoms.

“We didn’t finish checking after six months,” says Izbicki, “but those we did check find they feel much better after six months. On the other hand, not being well for three to six months is bad; many people couldn’t go back to work or studies.”

Izbicki is in touch with colleagues in his native Switzerland and in the United States, where he did research fellowships studying lung damage in firefighters.

“The Covid situation is much better in Israel than in those countries, but post-covid is the same everywhere,” he tells ISRAEL21c. “They also see many people officially recovered who are symptomatic for weeks to months.” 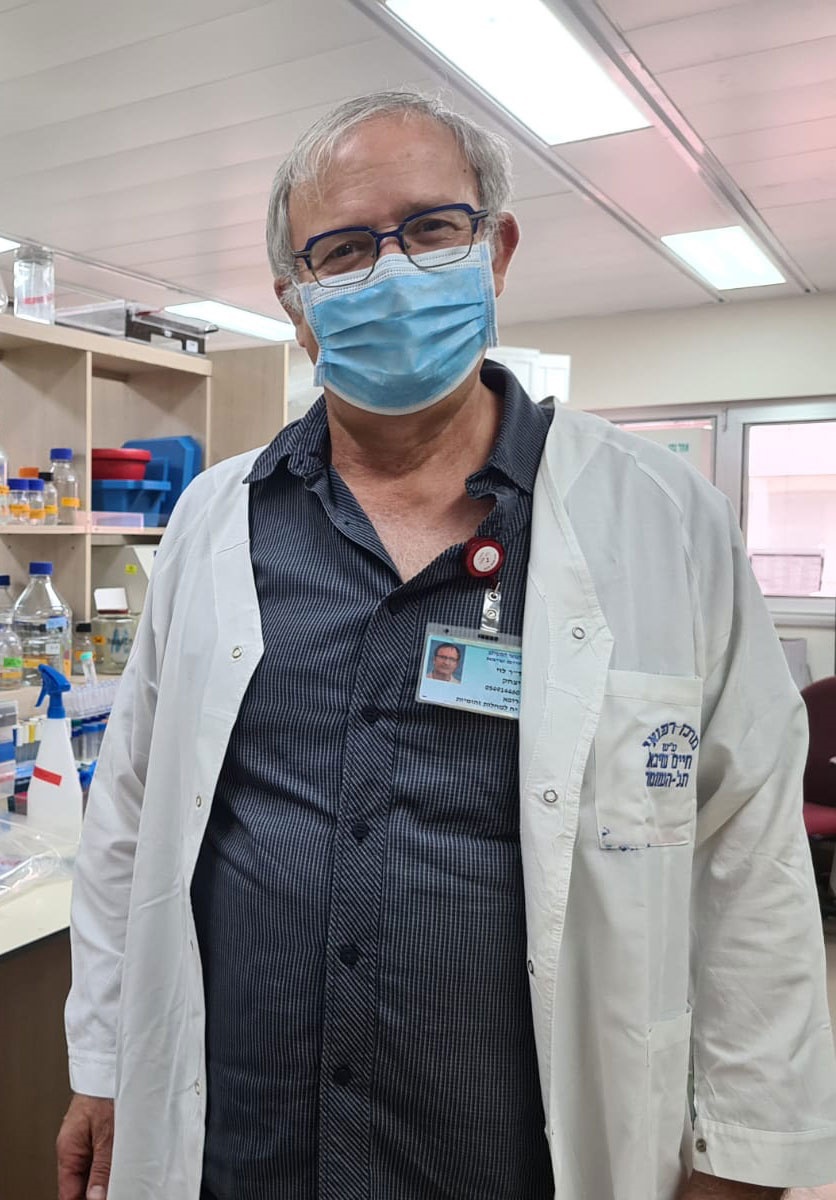 “We still don’t understand why it is happening in some patients and not others,” says Dr. Itzchak Levy, head of Sheba Medical Center’s Infectious Disease Institute.

“We still don’t know risk factors for being a long hauler.”

Levy and his staff have treated 300 patients in the post-corona clinic he opened in May 2020. They are also researching life quality and neurocognitive effects including the influence of Covid-19 on ADHD.

“Sometimes, only listening and explaining to the patient that this is normal, and it will go away, is enough. And sometimes a very wide range of specialists is needed to understand and manage the patient’s symptoms,” Levy tells ISRAEL21c.

Berkman says there are many clinical studies attempting to find drugs to treat long Covid symptoms or to find biomarkers that could predict which patients will develop the syndrome.

Izbicki finds that patients can hasten their recovery with daily exercise and a balanced diet low in sugar and fat. People who smoked before their diagnosis, he notes, have a worse prognosis.

An important takeaway message is that even young, strong, previously healthy people should not assume it’s trivial to catch Covid-19, warns Izbicki.

“Even if the disease is mild, the post-Covid can be very significant,” he says.