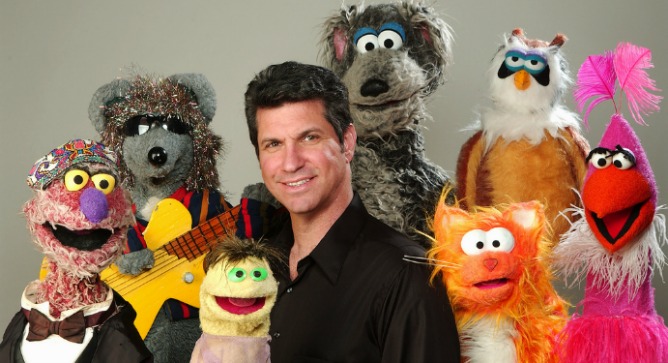 Len Levitt is behind the scenes of some of the most popular puppetry.

Len Levitt’s name may not ring a bell but if you’re even slightly tuned in to pop culture, you’ve undoubtedly come across his work. The American-Israeli puppet master and costume designer has worked on hit films and TV shows including The Muppets, Men In Black, Star Trek, Hook and Batman Returns, among many others.

Now, the father of two young boys is making a return to the theater. In Hebrew, no less.

A year ago, Levitt, his wife Orna, and their sons, Ben and Matan, left a comfortable life in Los Angeles to move to Ra’anana, a well-off community just outside of Tel Aviv.

From his childhood days as part of the Zionist youth movement Young Judaea to performing puppet shows at synagogues to penning three episodes of the Shalom Sesame series, Levitt dreamed of living and working in Israel.

“We had a nice life in LA. We didn’t leave because we didn’t,” Levitt tells ISRAEL21c. “Some people thought I was crazy to move to Israel but most of the people who knew me well, knew this is something I was thinking about for a long time.” 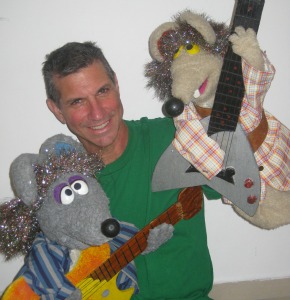 The newcomer to Israel makes all his own puppets.

And while he knew that Israel had a puppetry scene, the 55-year-old Levitt says he has been happily amazed by how creative and innovative it is.

“There’s a vibrant, busy industry here,” he says. “I’m surprised just how much puppetry there is here. It’s an exciting scene for a little country.”

Last summer, Levitt and his puppets made their debut at the International Puppet Festival in Holon, and he regularly performs Jewish-themed puppet shows at local schools.

In fact, in addition to working with the biggest names in Hollywood, Levitt has extensive experience on the Jewish educational beat. For years, he and his puppets performed a holiday-themed variety show made up of short five- to 10-minute skits at US synagogues and schools.

Working on bigger-budget films was great, he says, but “I also love working with kids.”

While the American audience loved the mini skits, he found that the Israeli audience wanted a more mature level of theater. So, he took 60 percent of his old material and meshed it with 40% fresh material to produce his brand-new show, “Puppet House Friends” (Haverim Be’beit Habubot).

“I always had a mix-and-match approach to shows I did; I usually put shows together in short segments. When I got to Israel, everyone said to me they want to see something with a beginning, middle and end,” he says. “I’m trying to keep some of what I have and adapt it to the Israeli market. It’s a higher level of theater when you tell a full story.”

He says puppetry has an advantage over other theater because “puppets can do things that are impossible.

“I have a zebra and a giraffe that fly and ride a unicycle and juggle. Anything you can think of you can do with puppets,” he says about his show. “You can do it with animation, too, but you can’t see it live. A lot of puppetry work that used to be on TV and in movies now goes to computer animation so we [puppeteers are] glad there is theater.” 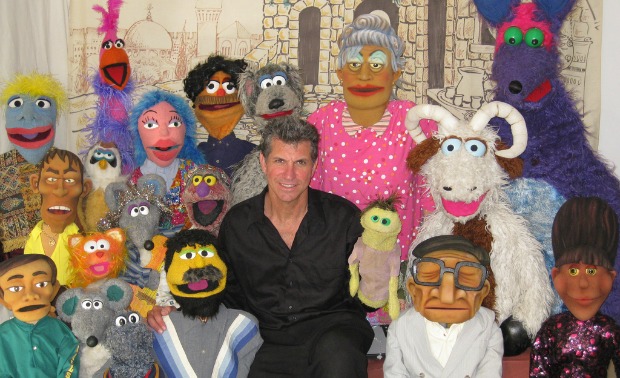 “I’m surprised just how much puppetry there is here,” says Levitt.

He recently performed the piece for a “who’s who” of Israeli theater, hoping to secure a place on playhouse bills. He has upcoming shows – for the three- to nine-year-old crowd – coming up at Tzavta Theater in Tel Aviv.

“My shows are always sort of silly and lighthearted,” he says. “My goal is to make the children laugh and to keep them entertained, interested and involved.”

Levitt is performing in Hebrew even though his mother-tongue is English.

“That’s very challenging,” he admits, adding that he is also planning to produce a show for Israeli schoolchildren that will teach English.

Not made in China

Hebrew is not Levitt’s only challenge.

The son of a modern-dancer mom and an amateur-actor dad, Levitt has expressed himself creatively from birth to adulthood. He makes all his own puppets. Once he comes up with an idea, it usually takes him a week to sew and glue it together.

He says people often request a puppet but then change their mind when hearing his prices are not the same as those made in China. His puppets are unique and cannot be found for sale on the Internet, he adds.

Levitt came to Israel with tons of experience making elaborate costumes during his years in the business for American television shows like Star Trek as well as movies including Batman Returns, Alien Resurrection and The Flintstones. He did not know that finding materials for his new characters could also pose a problem.

“I’m learning where things are,” Levitt tells ISRAEL21c, after a failed outing to five hardware stores in search of a certain type of magnet and metal strips. “In LA, I know where to get [all the materials]. In Israel, I don’t and that makes the process more challenging. I guess that’s an allegory for what life is like here.”

UNCOVER ISRAEL - Get the ISRAEL21c
Weekly Edition free by email
Sign Up Now!
Bring Israel's story to life.
Millions of people around the world rely on us to gain a deeper understanding of Israel. We are the trusted source for original content you won't find anywhere else.
You can make a difference. Donate today to support journalism that brings Israel’s story alive.
SUPPORT ISRAEL21c
Read more on:   Culture, Entertainment, People