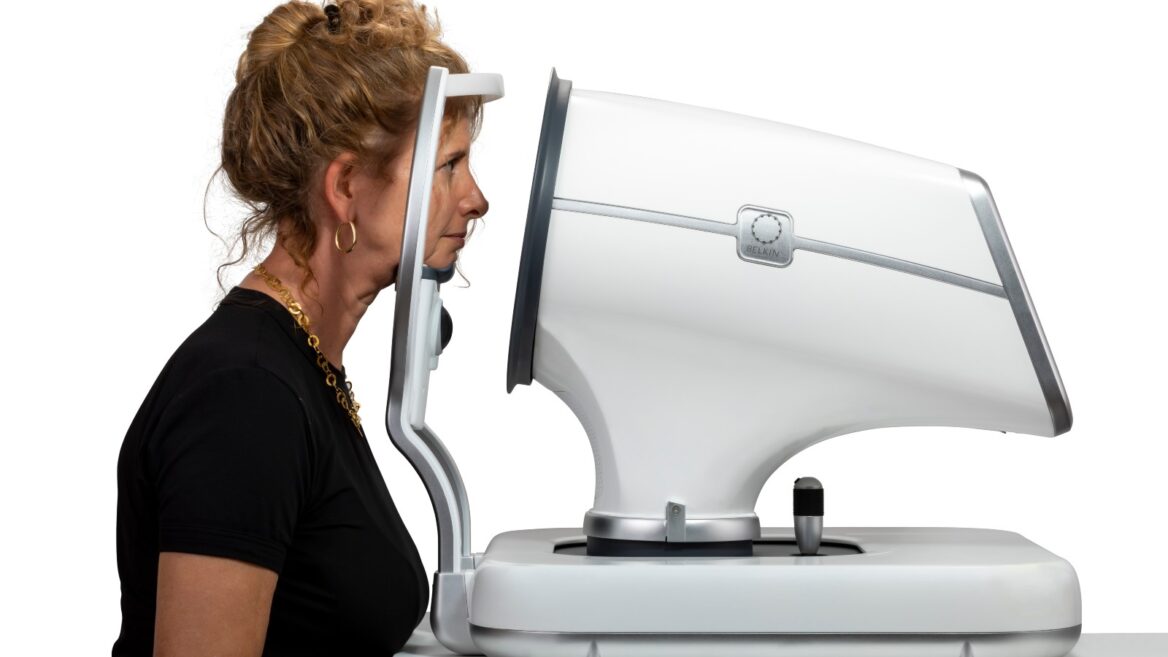 One hundred and forty million people suffer from glaucoma, a degenerative eye disease that can lead to blindness. It is most prevalent among people aged 60 and up.

Glaucoma is generally preventable, either by eye drops or laser surgery. Patients have poor compliance with drops, and laser surgery is cumbersome, uncomfortable and usually performed only by a specialist.

Israeli startup Belkin Laser has developed an alternative laser treatment that is fast, guided by sophisticated image-processing software, and can be offered by any of the 200,000 general ophthalmologists worldwide – and ultimately by non-physician optometrists.

Given that just 11 percent of ophthalmologists specialize in glaucoma, expanding who can offer treatment represents a game-changer. 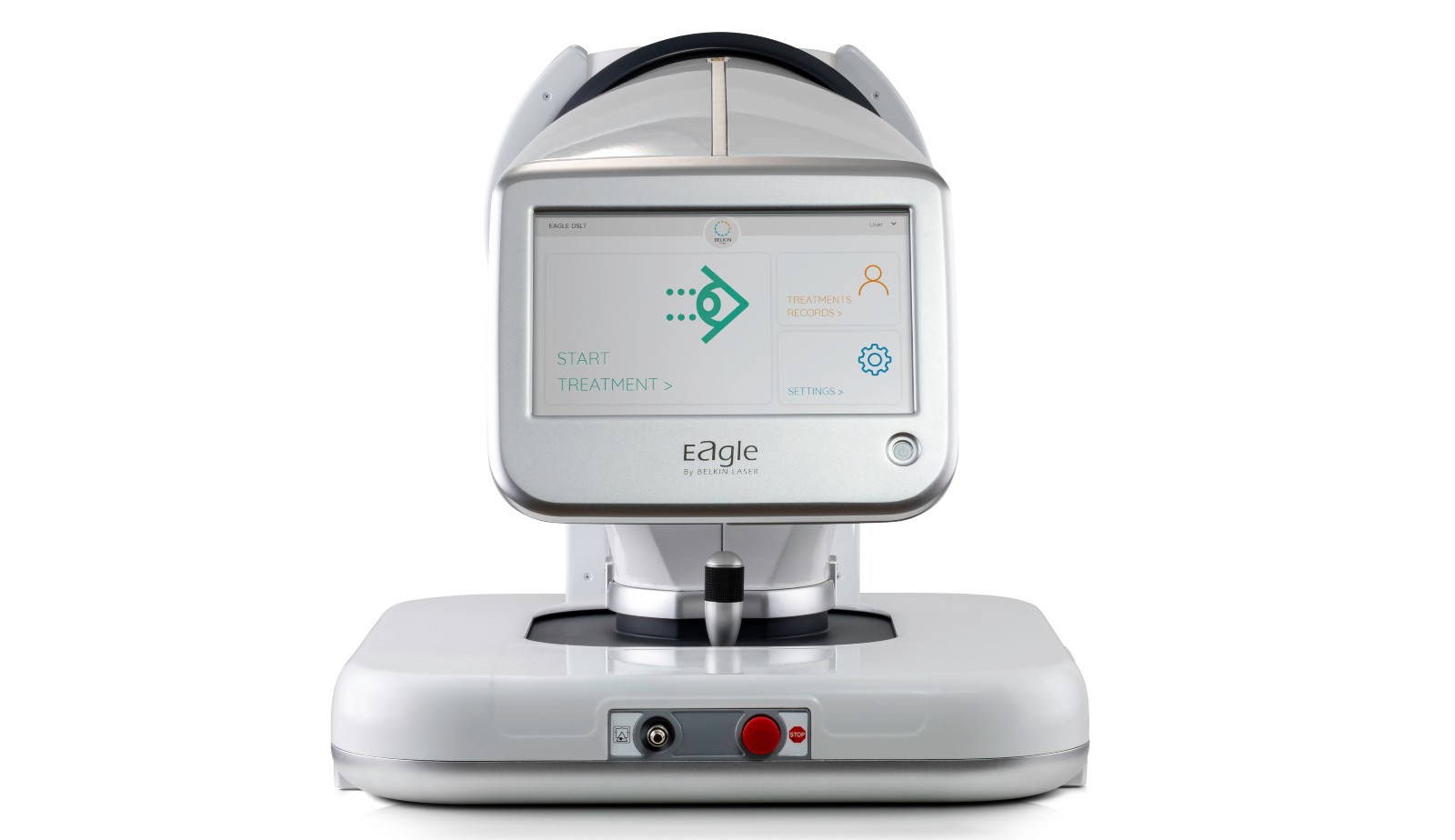 Glaucoma is a progressive degeneration of the optic nerve, mostly associated with increased intraocular pressure (IOP) inside the eye. IOP increases due to problems with the drainage of the aqueous humor, the fluid that fills the space between the cornea and the vitreous and delivers nutrients to the transparent parts of the eye.

The eyes are constantly producing a small amount of new aqueous humor; it must then drain out via the trabecular meshwork (TM) – a spongy tissue located around the colored part of the eye. If the TM is clogged up or on a too-narrow angle, IOP increases and glaucoma can develop.

An approved form of laser eye surgery known as SLT (selective laser trabeculoplasty) involves contact with the eye for about 10 minutes. The doctor places a large lens against the eye and rotates it to fire 100 separate laser beams manually.

“It’s not very pleasant to have a rotating lens on your eye,” Daria Lemann-Blumenthal, Belkin Laser’s CEO, tells ISRAEL21c. 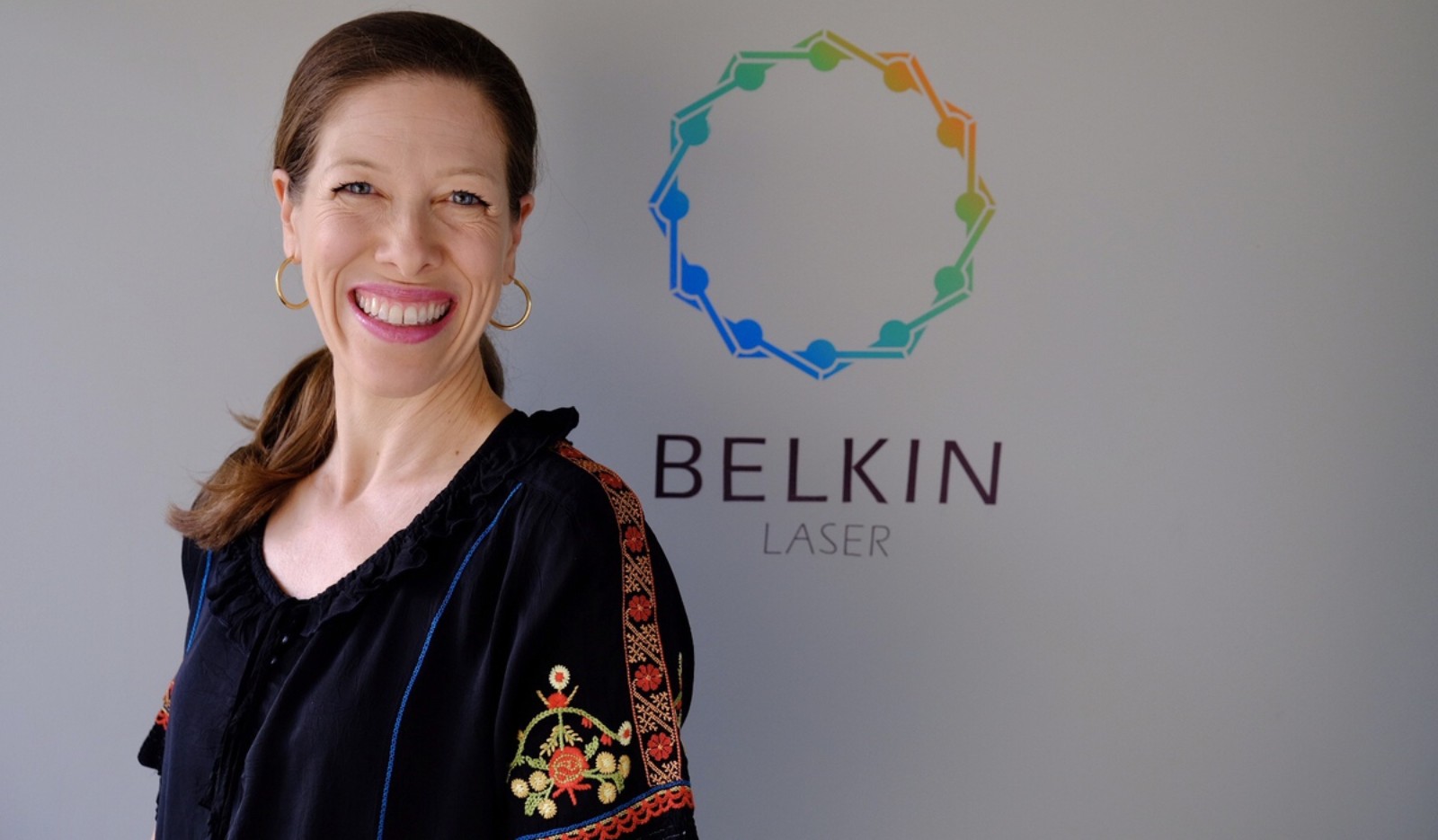 Only 25% of non-specialist eye doctors in the US offer the SLT procedure. “A device where anyone can use it will help ophthalmologists manage their flow of patients,” Lemann-Blumenthal says. “And because of Covid-19, there is a backlog of patients.”

Belkin Laser’s approach to the glaucoma laser procedure is automatic, without contact, by transmitting the laser beam to the TM through the sclera – the white part of the eye. The 100-plus laser beams can be delivered almost simultaneously in seconds.

Named for its inventor 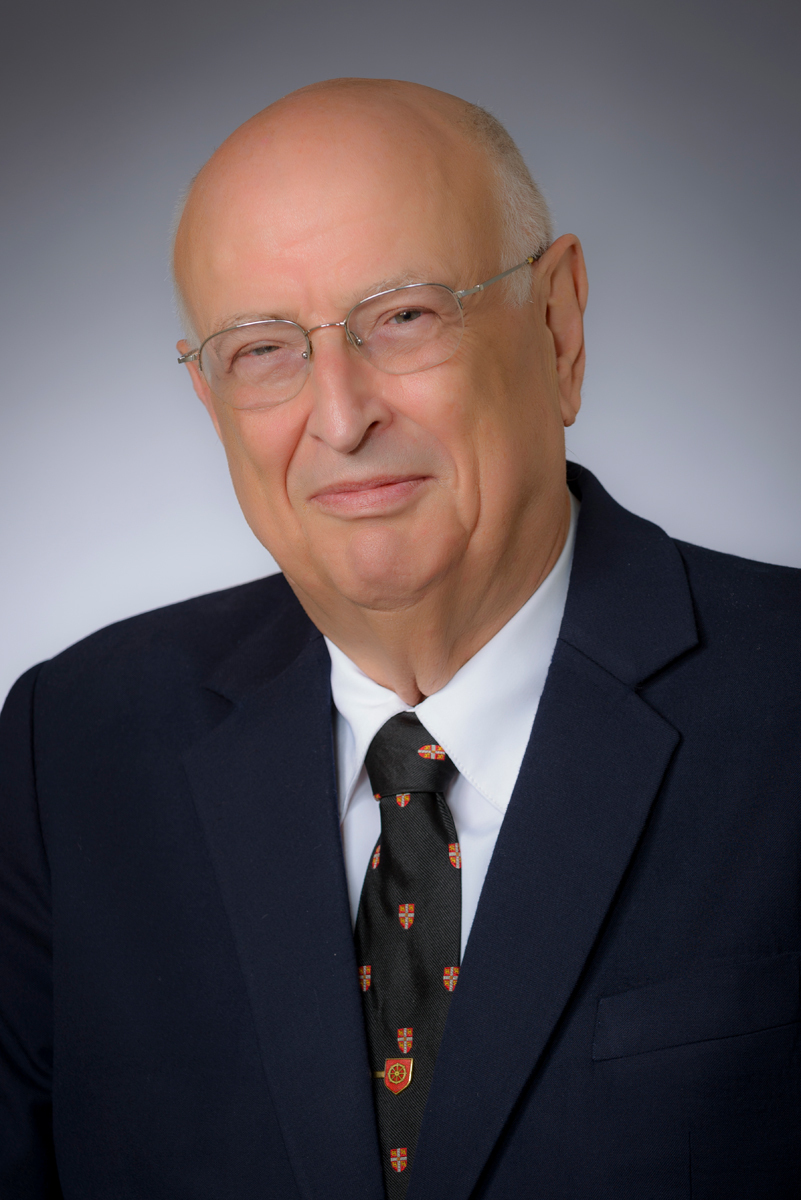 Belkin Laser is named after its founder, Prof. Michael Belkin, an ophthalmologist and serial entrepreneur who initially approached the Rad BioMed accelerator with his idea.

Belkin was behind another glaucoma company, Optonol, which he sold to Alcon in 2009 for $200 million. Belkin serves as medical director in his new company.

Her grandparents were also ophthalmologists, so it’s no surprise that Lemann-Blumenthal got into the eye business, serving as CEO of the Ein Tal Eye Center, Israel’s largest medical facility dedicated to eye care and surgery, for six years. She has a law degree from the Hebrew University of Jerusalem and an executive MBA from Tel Aviv University.

Belkin Laser is currently conducting a large-scale clinical study in Europe and Israel, with 124 patients at more than 10 sites. The company received $3 million for the study from the EU’s Horizon 2020 program. 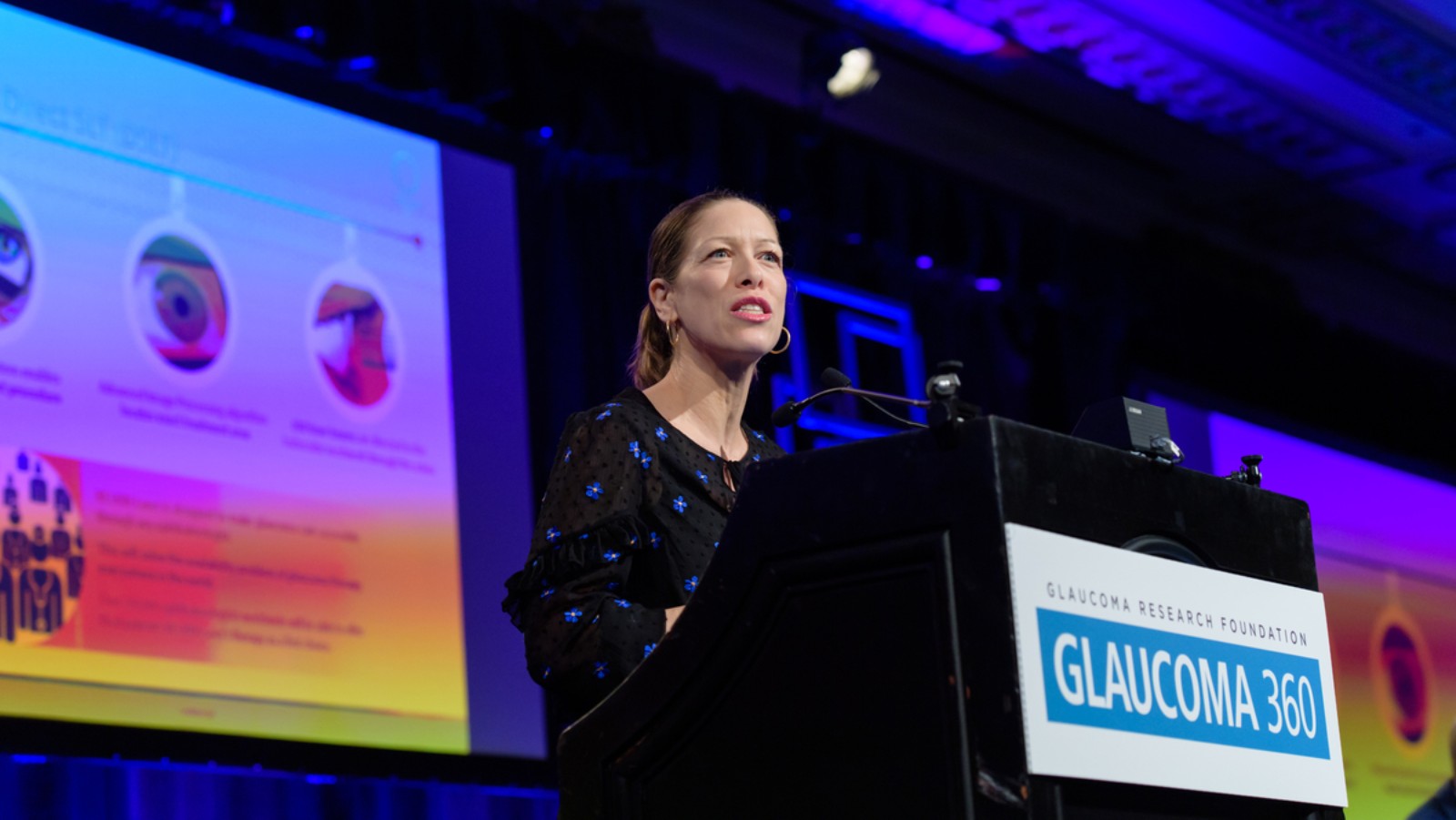 Lemann-Blumenthal says Belkin Laser hopes to receive a CE mark for the Eagle to operate in Europe in 2021. Commercialization in the EU is planned for 2022. Approval by the US FDA will be the next step.

But China may be the company’s biggest opportunity. China’s population has the highest amount of narrow angle TM closure in the world. Belkin Laser will start clinical trials in China, Hong Kong and Singapore in 2021 with an “eye” towards commercialization in Asia by 2023. 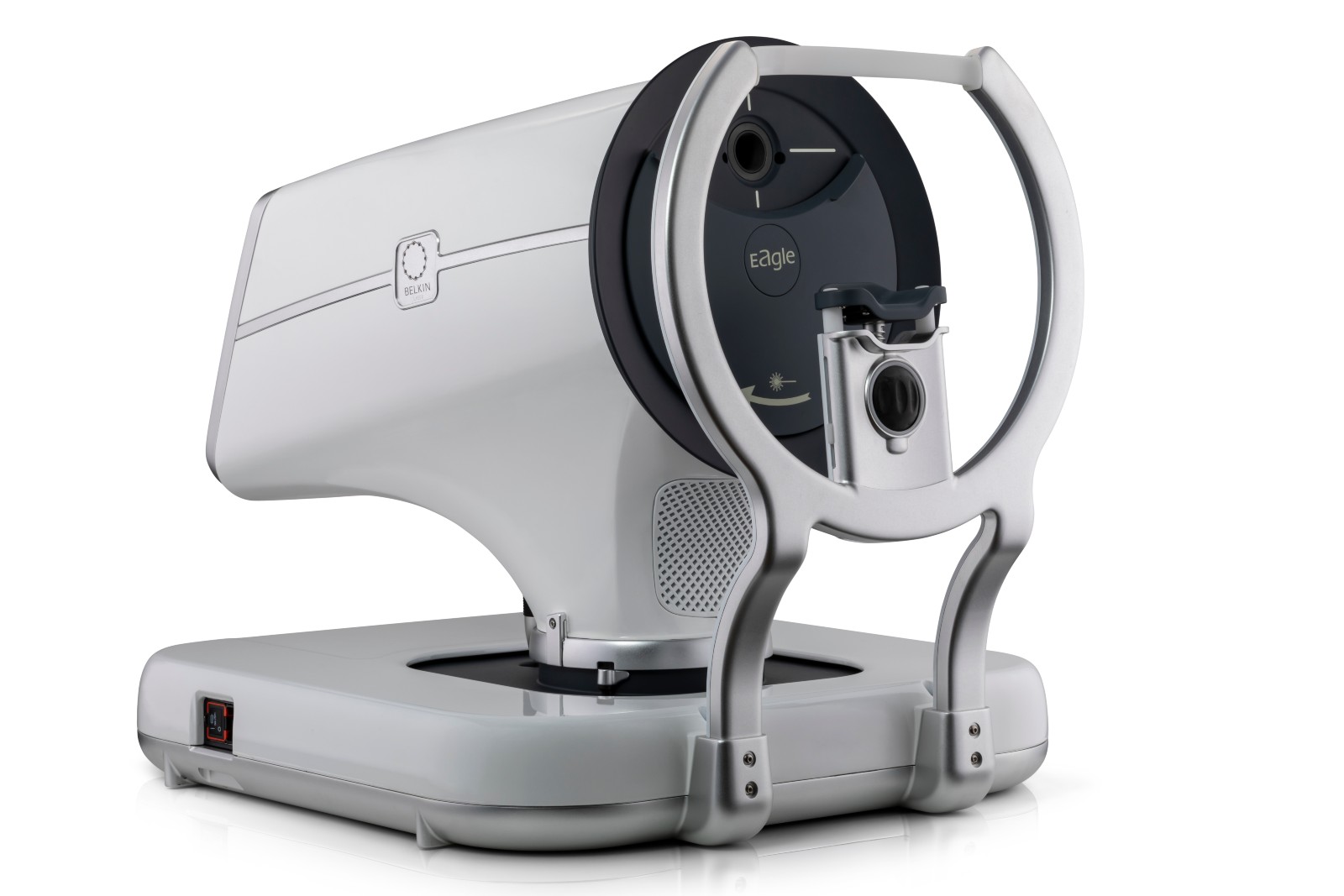 The overall market for glaucoma treatment is $4 billion worldwide. Most of that is for drops but Lemann-Blumenthal expects laser treatment to jump to 25% of the total by 2027.

Belkin Laser has 11 employees in its Yavneh headquarters. The team has been working nonstop, even during Covid-19, says the CEO.

Nor has corona impacted Belkin Laser’s ability to raise money – the company added $12.25 million to its coffers just in July 2020. That followed $6.6 million from the Israel Innovation Authority and Rad BioMed, $3 million from the European Union and a Series A investment of $2.5 million from ZIG Ventures in Singapore.

UNCOVER ISRAEL - Get the ISRAEL21c
Weekly Edition free by email
Sign Up Now!
Bring Israel's story to life.
Millions of people around the world rely on us to gain a deeper understanding of Israel. We are the trusted source for original content you won't find anywhere else.
You can make a difference. Donate today to support journalism that brings Israel’s story alive.
SUPPORT ISRAEL21c
Read more on:   Health, Technology, Belkin Laser, glaucoma