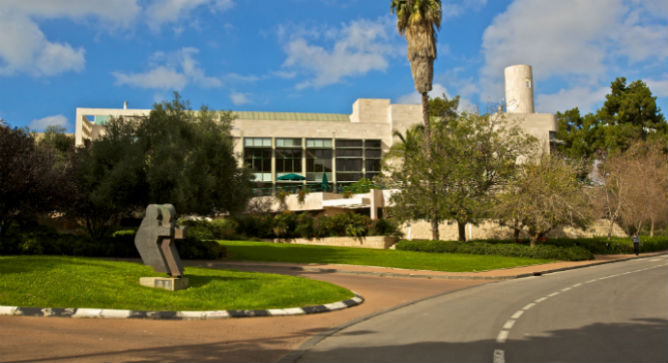 Imagine never forgetting a single detail of your life — what you got for your 14th birthday, or the phone numbers of every one of your romantic interests. New science from Israel shows that this might be in the realm of possibility. The big question is: Would it be good for us?

The breakthrough Israeli-US research project, for the first time anywhere, has found a compound in the brain to enhance memory. Whether the enzyme responsible could ever be made into a “super pill” (like the one imagined in the science-fiction flick Limitless to boost brainpower) is quite speculative, says Reut Shema from Israel’s Weizmann Institute of Science.

As a doctoral student, she looked for a way to enhance rats’ memories by altering a naturally occurring protein. Her surprising research findings, published in the prestigious journal Science, may pave the way for memory-enhancement drugs for people suffering from conditions such as Alzheimer’s disease, or to modulate the effects of traumatic memories.

But perhaps most significant are the invaluable clues her research provides on how the memory mechanism really works.

A first for science

Discovering that rats’ memories could be augmented by the enzyme protein kinase M zeta (PKMzeta) was pretty much a surprise, she tells ISRAEL21c. No other lab in the world had been able to demonstrate similar results in animal models.

The researchers conditioned rats to connect the taste of sweet water to a feeling of nausea by adding lithium to the water, creating a weak memory and a negative association to that memory. After a week of training — the equivalent of about 20 months on a human time scale — the researchers injected the rats with a virus, causing an increase in PKMzeta. That’s when the rats’ negative association to sweetness increased.

Previously, inhibiting PKMzeta in the brain has been shown to wipe out the long-term memory of rats. Shema’s project in collaboration with Dr. Todd Sacktor, a neurology professor at SUNY Downstate Medical Center in New York, explored what would happen if the levels of PKMzeta were instead increased. They guessed that memory would also be wiped out, but the opposite occurred.

PKMzeta, which shows up between synapses of the brain, seems to boost the signals between neurons by improving their connectivity. This points to a channel in the brain that could strengthen memories that fade over time.

“There is a lot that needs to be done before it becomes a drug,” Shema tells ISRAEL21c. “We are definitely hoping that it will lead in that direction. But we need to make clear that there is no activator for PKMzeta. We increased the level of the protein [in animal models] but that cannot yet be done in humans,” she explains. “You would need gene therapy, and there is a lot of research that would need to be done first to increase the enzyme activity.”

Why do we remember, anyway?

Whether or not such a memory-enhancing drug should be used on normal, healthy populations is a controversial issue, Shema cautions. There would likely be undesirable side effects, both biochemical and psychological.

“There is good reason why we don’t remember everything that we do,” she says. “And this is why we were surprised that we could show that we could increase memory on healthy rats.”

Memories help us think about the past — not so much to remind us about the fun we had in first grade but to help us adapt to our current environment so we can handle it better, she adds.

“Memory is more about the future than the past. And for that we don’t need a super memory. … Instead, memory needs to be very dynamic and react to the environment. Every time you retrieve a memory it changes it a little. It adapts to the situation.”ore study is needed on how this enzyme works. The next step will be to test it on rats with induced Alzheimer’s symptoms, Shema says. But this avenue of research will be pursued by other scientists, since Shema has finished her PhD in Israel and will be moving to the Broad Institute in the United States to work on neurodegenerative diseases as part of her post-doctoral experience.

UNCOVER ISRAEL - Get the ISRAEL21c
Weekly Edition free by email
Sign Up Now!
Bring Israel's story to life.
Millions of people around the world rely on us to gain a deeper understanding of Israel. We are the trusted source for original content you won't find anywhere else.
You can make a difference. Donate today to support journalism that brings Israel’s story alive.
SUPPORT ISRAEL21c
Read more on:   Health, Research, memory