Gal Lusky chose Frank Sinatra’s classic “Fly Me to the Moon” as her mobile phone’s ringtone.

“The moon is just about the only place I know that’s peaceful right now,” quips the founder and CEO of Israeli Flying Aid, a nonprofit volunteer organization that provides lifesaving aid in areas of natural disaster or conflict.

Lusky was one of seven female and seven male Israelis chosen to light torches at the 67th Independence Day ceremony on Jerusalem’s Mount Herzl.

Her inclusion in this illustrious group is all the more remarkable considering that many of her missions are to nations normally off limits to Israelis, such as Pakistan, Sudan, Indonesia, Iraq and other places she is not at liberty to identify.

That the Ministry of Culture and Sport approved her nomination for the honor is a testament to Israel’s democratic principles, says Lusky. “The government knows how strongly I love my country.”

Lusky tells ISRAEL21c she established Israeli Flying Aid because no other Israeli NGO was dealing with disasters in hostile territories. “I believe Israel does amazing work where it’s invited to do so, but I wanted to compensate the other parts of the world.” 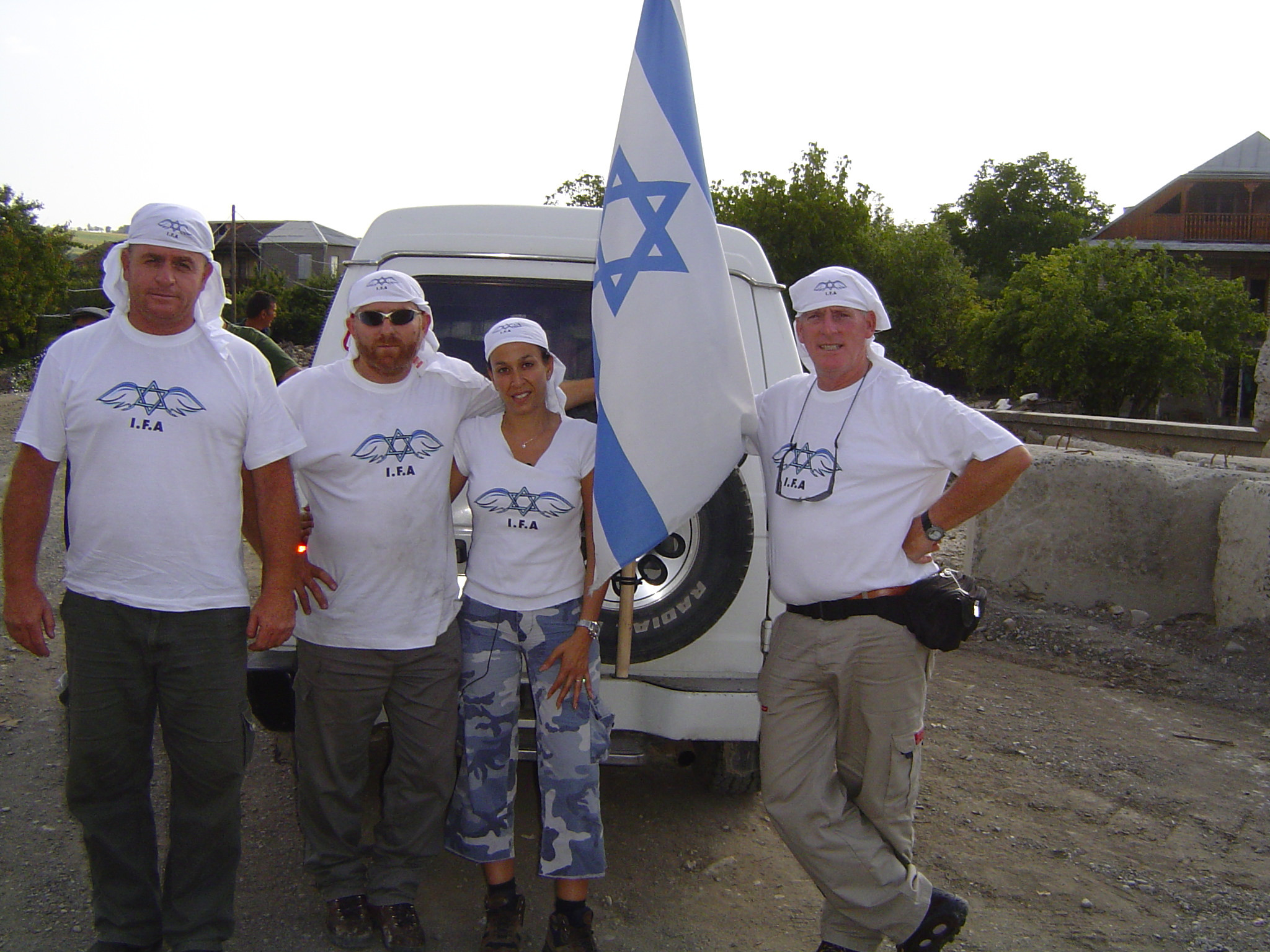 She prefers to stay under the radar even when working with emergency responders in friendly countries such as New Orleans, Haiti and Nepal.

“I don’t want to compete in the media with formal Israeli missions; I want people to see Israeli soldiers helping people all over the world,” says Lusky.

“Children were freezing to death in Syria, and when children in Israeli youth movements heard that we wanted to collect items for them, they immediately started knocking on doors. Within two weeks they collected 70 tons of coats, blankets and sleeping bags. We delivered it all a week later.”

At the torch lighting, she thanked her family and the kibbutz movement for instilling the values and independence necessary to accomplish her often dangerous good deeds.

“To do humanitarian work in Israel was a must; that’s how I grew up. To do it abroad was a choice, and that’s the choice I took anytime I had enough money,” she says.

Inspiration from the children’s house

Lusky was born in 1968 on the northern Kibbutz Hokok. Like other kibbutz infants at the time, she was cared for in the children’s house from the age of two weeks. “I was the only girl with eight boys. Our mothers would come twice a night to breastfeed us,” she relates.

Children’s houses traumatized many kibbutz kids and parents, and have long since been abolished. Lusky, however, thrived in this environment.

“I had a fantastic childhood and gained a lot of my skills, trust and independence because of the kibbutz structure,” she says. Actualizing the movement’s communist ethos, she once gave her mother’s washer to a needy single immigrant mother in a nearby town – without permission, figuring Mom could use the kibbutz laundry facilities. 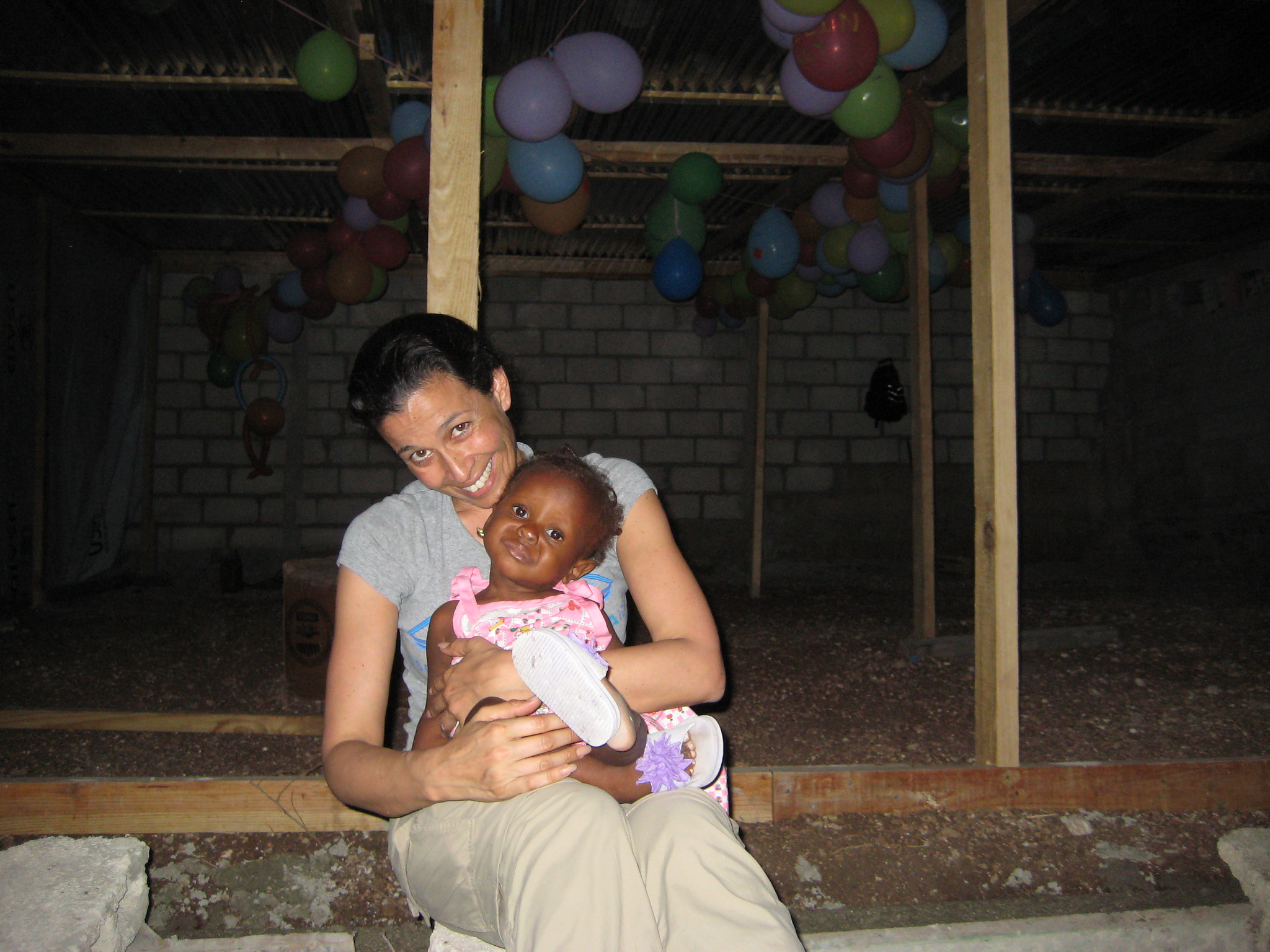 Whenever it was Gal’s turn to sleep at home on a Friday night, she passed along the privilege to one of the “brothers” with whom she learned karate, running and shooting. She saw her biological younger brother much less frequently.

But it was he who indirectly ignited her fervor to aid foreigners.

Lusky had left the kibbutz at 20, paying her way through university by working in a private investigator’s office and as a flight attendant for the domestic airline Arkia. Three years later, in August 1992, her brother was wounded in action in Lebanon. Lusky quit school and spent a year at his bedside.

“That year in the hospital made me understand how blessed I was to be born in Israel with its amazing medical infrastructure, and I wanted to bring this to others in the world,” she says.

In 1994 she went to Rwanda and joined a Iocal NGO working to reunite families torn apart by the civil war. Over the next decade she occasionally helped other populations affected by conflict and disaster.

In December 2004, Lusky led an aid mission to post-tsunami Sri Lanka on behalf of the kibbutz movement. On her own, she then went to the country’s Tamil area and was appalled to find that the regime was preventing food and medicine from reaching victims, and even more appalled to learn that this governmental “kind of genocide” was neither unusual nor considered criminal by the United Nations.

The next month she moved back to the kibbutz so that her mother could help care for her son, now 17, as she established Israeli Flying Aid. “I wanted to do lifesaving aid and I needed to be very fast in deploying the missions,” she explains.

Lusky sneaks into countries that don’t have diplomatic relations with Israel and/or don’t welcome humanitarian aid, such as Myanmar — or as she prefers to call it, Burma. After the 2008 cyclone, she and four Israeli Flying Aid volunteers fed 80,000 starving Burmese citizens over two weeks.

Al-Jazeera journalists accompanying her were arrested. Israeli Flying Aid arranged their release, resulting in a flattering article from a media outlet ordinarily critical of Israel. “It was my present to my country for its 60th birthday,” Lusky says with a laugh.

How does she manage the impossible?

“When there’s a will there’s a way,” she says laconically. “”We fly very light because we’re never welcome in these countries. We find our way in and do our own assessment of needs. It’s always the opposition group that is blocked from receiving aid. That means we are supplying the opposition, but it’s not political; it’s just serving the most vulnerable populations. We’re not anarchists. When law clashes with justice and there’s life in danger, we make our choice for justice.”

Most recently, she brought four 3D printers to an undisclosed conflict zone and taught doctors how to print prosthetic limbs.

Lusky does reveal that El Al Israeli Airlines, which owns Arkia, allows her to fly cargo for free to disaster sites in friendly countries such as Nepal, where Israeli Flying Aid’s unreported mission was dedicated to the memory of volunteer Ohad Shemesh, a paratroop reservist killed in Operation Protective Edge last summer. 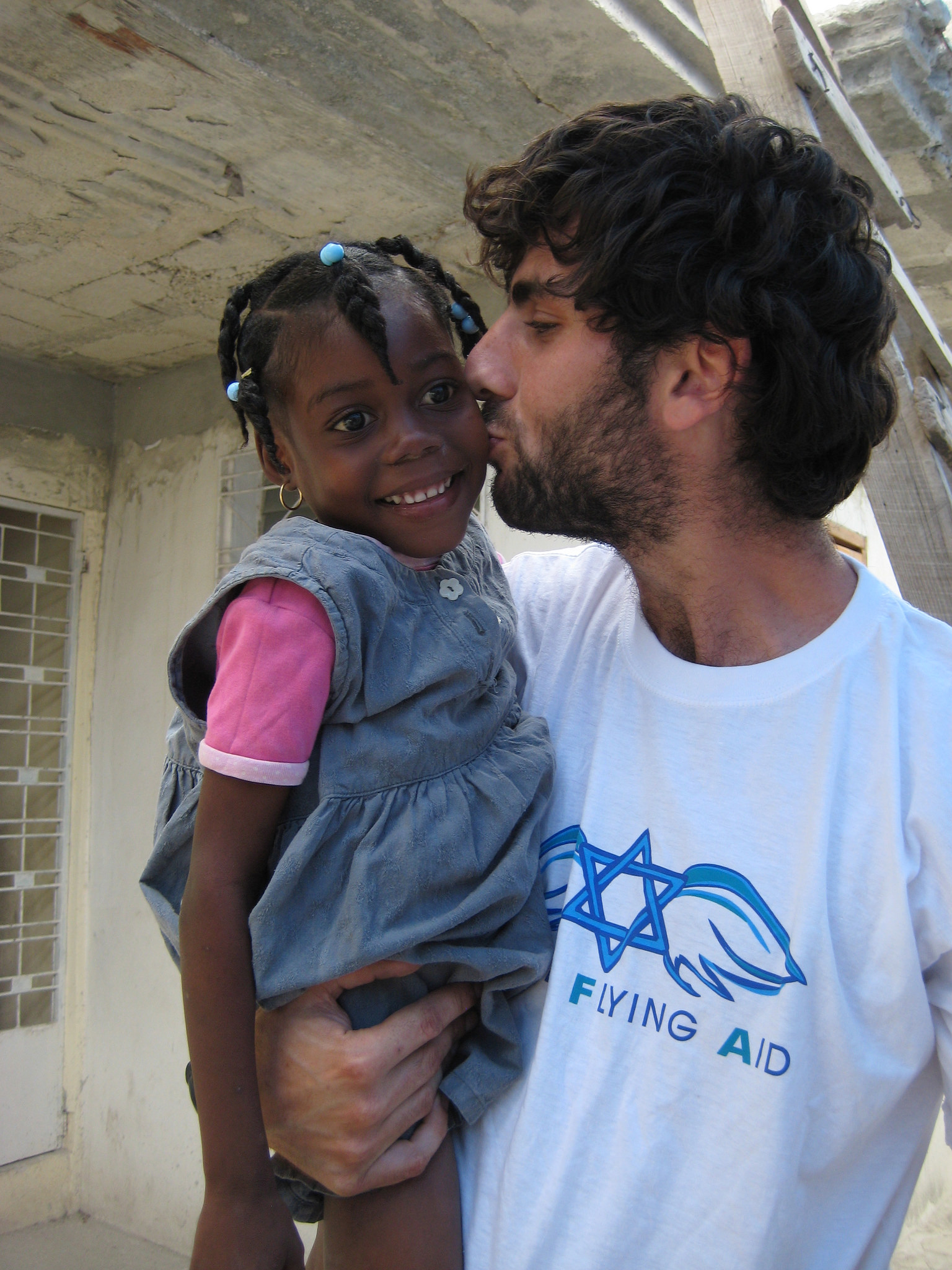 “My volunteers embrace my agenda and choose to risk their lives instead of living the rest of their life with no compassion,” says Lusky. “Our slogan is, ‘Nobody asks permission to kill; we don’t ask permission to save lives.’ This is a moral value that should be viral.”

“We would give them basic training to deliver lifesaving aid and teach them how to find their way into any country. They’d just have to land in that country with funding and volunteers and meet us there. We would give them a dossier of all the rest — translators, maps, networking, suppliers. All they have to have is motivation.”

And money. Fundraising is difficult, given that donors and the missions they fund remain secret. “We need to find donors who don’t care about getting any credit,” says Lusky. “Any time money comes in we deploy a mission.”

Israeli Flying Aid has zero overhead. Lusky and some 1,200 volunteer specialists in medical aid, mass-feeding and logistics, search-and-rescue, emotional trauma relief and training don’t expect compensation. Lusky ekes out a living from giving lectures about international aid and the volunteering spirit of Israel.