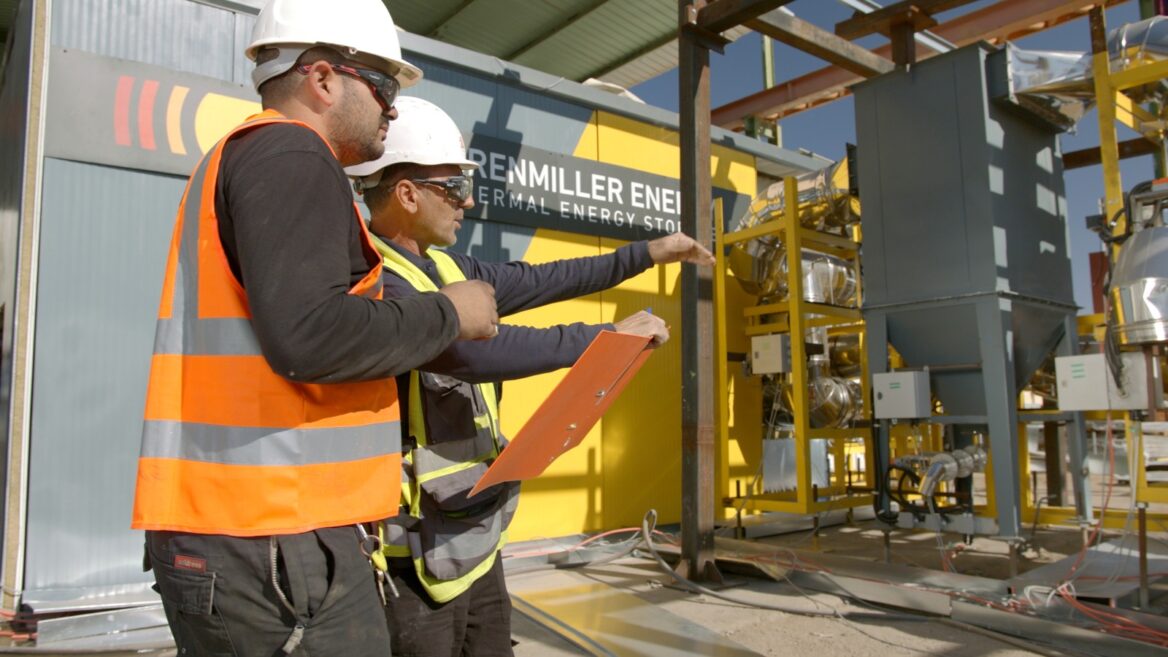 Generating power, whether from fossil fuels or renewable resources, is complicated and expensive. Storing that generated energy is no less complex and energy intensive.

The race is on to improve or replace standard lithium-ion batteries with more sustainable solutions for storing and supplying electricity to everything from vehicles to commercial buildings.

According to Energy Storage News, energy storage companies attracted $11.4 billion in funding in the first nine months of 2021, a 363 percent increase over the same period last year.

The challenge is that cleaner sources such as solar and wind aren’t consistently available, yet the power they generate must be available affordably 24/7. That’s where smart storage steps in.

Below is a summary of some Israeli technologies offering solutions using unexpected natural materials.

Recently featured on ISRAEL21c, Nostromo Energy makes a modular IceBrick that stores energy in ice capsules on the roof, basement or walls of commercial and industrial buildings.

A designated chiller charges the IceBrick by circulating antifreeze through it, powered by cheap or surplus electricity from the grid at off-peak hours or from renewables. The stored energy is directed to cooling, which accounts for up to 45% of global power demand during peak hours.

Founder and CTO Yaron Ben Nun explains that ice is a safe, effective material to hold energy. And it is sustainable, as the same water can be frozen and melted over and over.

“The grid loses multiple megawatts at sunset every day, and that demands huge amounts of storage. Just by freezing water, we can take care of 45% of the load on the grid,” says Ben Nun.

Nostromo has R&D projects with Royal Dutch Shell and the Israel Electric Corporation; partnerships with several American engineering companies; and a 20-year agreement with the Hilton Beverly Hills. Nostromo will construct a 900-kWh system in a Los Angeles office building and will work with Westfield, one of the biggest mall owners and operators in the US.

1. Storage Drop was founded in 2020 by CEO Shay Cohen, a mechanical engineer with years of experience at Bright Source Energy, Intel and Swap Technologies Energy Storage. 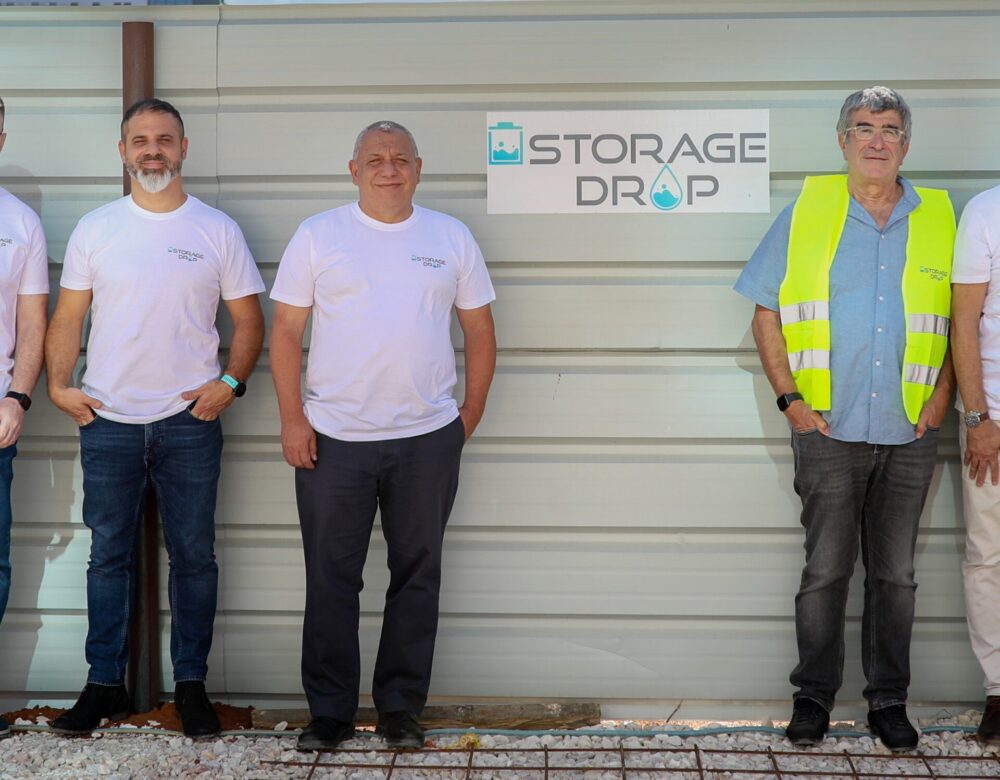 HyDrop, now being installed at the Port of Ashdod, uniquely uses both compressed air and water to store and regenerate electricity produced from any power source.

“Our added value is compressing the air to very high pressures – 80 bar at the first stage — with a unique compression unit. If you increase pressure, you decrease the cost and required volume of storage significantly. This enables us to enter municipal areas,” Cohen notes.

The higher pressure also improves efficiency dramatically when electricity is regenerated from the stored power.

The water in the system is in a closed loop, thereby reducing the amount of water needed in relation to other hydropower storage technologies, says Cohen.

Storage Drop is negotiating contracts with the National Laboratory of the US Department of Energy and with solar energy and cooling companies in Israel, including investor Doral Energy.

It will store energy from renewable or conventional sources during low demand hours and release it at peak times, generating clean, low-cost cooling and electricity at the same time. A prototype is under construction at the company’s Rehovot site.

“Ten years ago, I started Augwind with a mission to develop a self-sustained, long-term energy storage solution using a clean, abundant raw material with minimal environmental footprint,” said CEO Or Yogev at the recent Climate Innovation Summit presented concurrent to the COP26 climate conference in Glasgow.

In 2015, Augwind completed development of AirSmart, its underground high-pressure storage tank for any industry that uses compressed air in its production line.

“We discovered this can dramatically increase the efficiency of the compressed air system across many industrial sectors – steel, cement, plastics, food, pharmaceuticals and more,” said Yogev.

AirSmart is reducing energy consumption, cost and CO2 emissions at more than 60 installations in Israel – including large companies such as Strauss and ISCAR – and was installed at a pharmaceutical company in Italy, its first international customer, says head of marketing Ido Ben Yehuda.

The AirBattery system charges a series of underground tanks — the more tanks, the longer the storage duration — with highly compressed air ready to supply energy on demand.

“You just have to open a valve to release the air to the same water that was pumped into the tank to compress the air. It then streams through a turbine to regenerate electricity,” Ben Yehuda explains.

The first commercial AirBattery installation was completed in October at Kibbutz Yahel in southern Israel, which hosted the opening ceremony of the Eilat Eilot Renewable Energy Conference in December.

Heat, says Avi Brenmiller, is the name of the game in power generation. 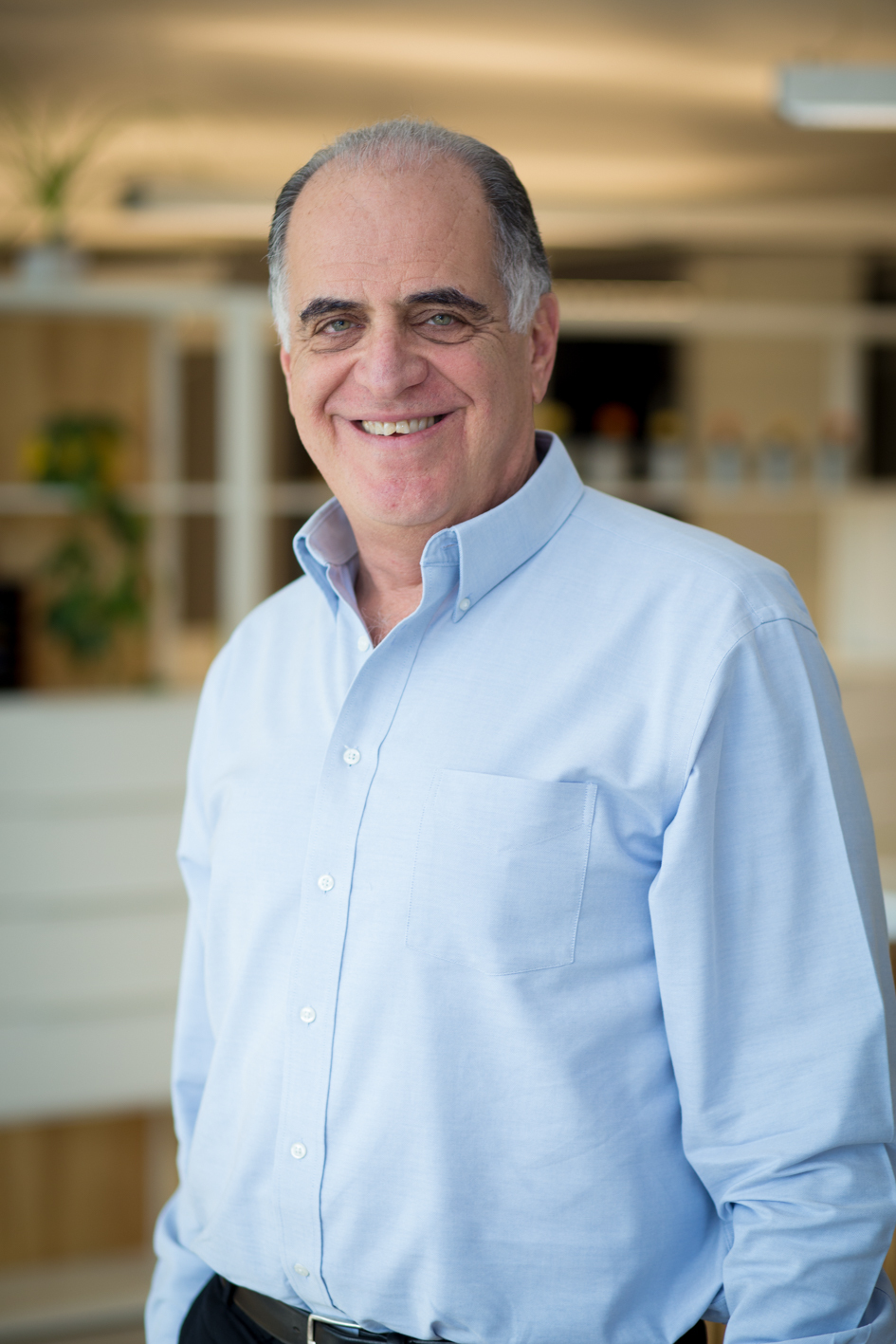 “Electricity is produced in today’s world from burning fuels, which generates steam, which operates steam turbine or gas turbine. If you can store the heat you have the flexibility to do anything,” says Brenmiller, founder of Brenmiller Energy.

As makers of pizza ovens have known for centuries, volcanic rock can store and transfer heat at low cost.

“It’s a physical process, not chemical — just heating and cooling cycles that are environmentally friendly, safe and cheap. It doesn’t need to be replaced because it doesn’t degrade,” says Brenmiller.

“We take excess heat or electricity from the grid at off-peak hours, capture it using embedded electrical heaters, store it in the storage units and produce energy from the heat storage when needed.”

The bGen heat battery can replace industrial or municipal boilers running on fossil fuel or renewable energy sources. Alternatively, it can be retrofit into existing coal- or gas-fired power plants.

The first installation is under construction at a gas-fired plant in Italy through a collaboration with Enel, a leading energy company.

Brenmiller notes that more than a third of emissions come from heating in the industrial sector.

“We need technology that eventually uses more renewables as production ramps up, to store it and return it on demand. This led us to develop our heat battery. The end goal is to eliminate local emissions completely.”

Last June, Phinergy was one of five Israeli companies named among 100 World Economic Forum Tech Pioneers for their potential to offer real solutions to global problems.

Phinergy has completed successful pilots in Italy and India. A prototype of its electric vehicle battery now is being tested in India.

1. GenCell has developed a way to produce hydrogen from ammonia and store the hydrogen in alkaline fuel cells. 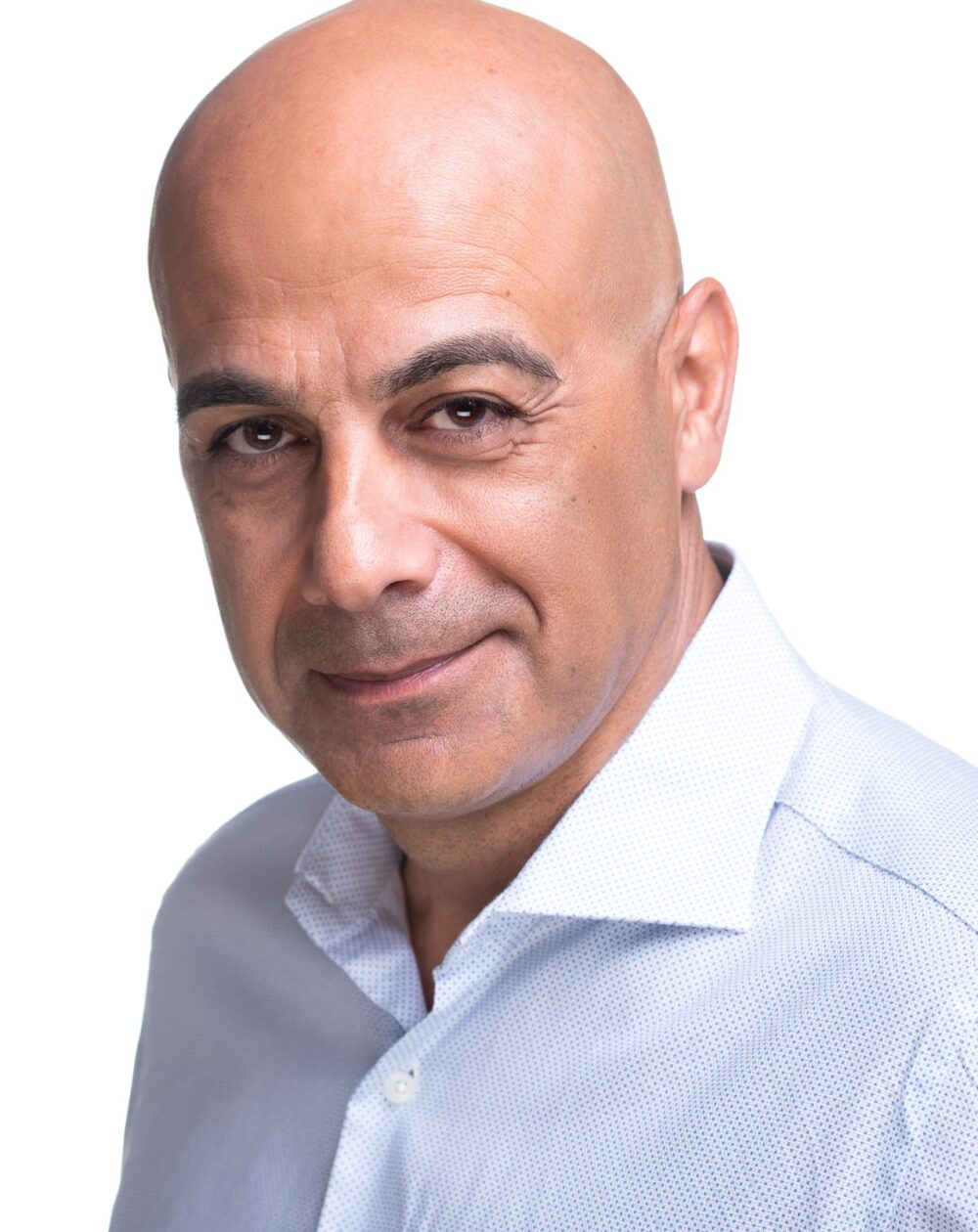 EV Motors plans to integrate GenCell’s fuel cells into autonomous, off-grid, hybrid-electric vehicle-charging stations. Deployment is to begin by the second half of 2022 in Israel, with future projects in other countries. Meanwhile, GenCell completed a $36 million funding round in January.

2. EEXION is developing “Energize-N’-Go” cells intended as the main energy storage for electric vehicles. Based on chemically manipulated carbon electrode technology, the cells are intended to charge up to 100 times faster than lithium-ion batteries and provide more than 30,000 charge-discharge cycles with negligible degradation in capacity. The cells are nonflammable and fully recyclable to carbon.

3. HydroX is offering a solution for zero-emissions hydrogen-powered vehicles. Founded in 2017 as NrgStorEdge, HydroX is based on research by Hebrew University Prof. Yoel Sasson and was spun off by the university’s tech-transfer company, Yissum.

Sasson saw that the main obstacle preventing the emergence of the hydrogen battery era is the inability to store and transport hydrogen economically and energy-efficiently.

HydroX’s technology aims to solve that problem by storing the hydrogen in a safe mixture of water and a material similar to baking soda.

The startup is backed by Israel’s Ministry of Energy, the Israel Innovation Authority, and strategic investors including the Israeli energy investment house OSEG and the CLP Group, one of the largest investor-owned power businesses in Asia-Pacific.

UNCOVER ISRAEL - Get the ISRAEL21c
Weekly Edition free by email
Sign Up Now!
Bring Israel's story to life.
Millions of people around the world rely on us to gain a deeper understanding of Israel. We are the trusted source for original content you won't find anywhere else.
You can make a difference. Donate today to support journalism that brings Israel’s story alive.
SUPPORT ISRAEL21c
Read more on:   Environment, Technology, energy storage, sustainability, StoreDot, GenCell, HydroX, Brenmiller Energy, Augwind, Nostromo Energy, EEXION, Phinergy