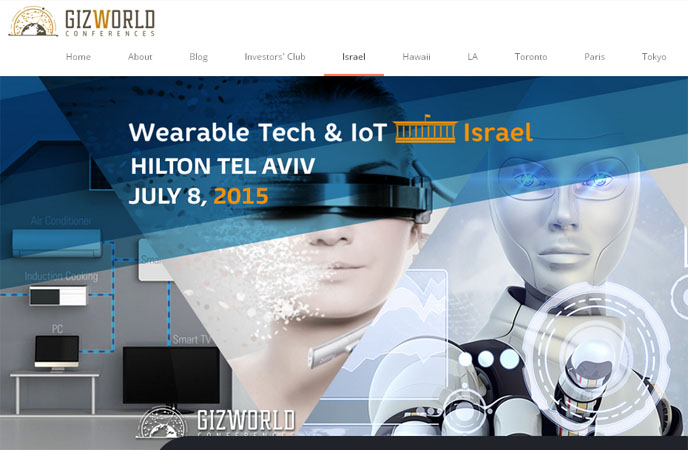 Over 30 Israeli and international wearable tech and IoT startups are participating in a contest at Israel’s first major global IoT conference — the Wearable Tech & IoT Israel in Tel Aviv.

The July 8th Gizworld-organized event will focus on how wearables are evolving and becoming an integral part of day-to-day life.

The event will also have panels on robotics, AR/VR, connected cars, and smart cities.

“Israel’s strong military background, along with its undeniable engineering talent, strong entrepreneurial culture and passion for wearables and IoT are among the key reasons that can explain why Israel is a country made for wearables and IoT,” Blin writes in a blog about why he believes some of the best wearable tech startups are coming from Israel.

UNCOVER ISRAEL - Get the ISRAEL21c
Weekly Edition free by email
Sign Up Now!
Bring Israel's story to life.
Millions of people around the world rely on us to gain a deeper understanding of Israel. We are the trusted source for original content you won't find anywhere else.
You can make a difference. Donate today to support journalism that brings Israel’s story alive.
SUPPORT ISRAEL21c
Read more on:   News, IoT, Wearable Technology