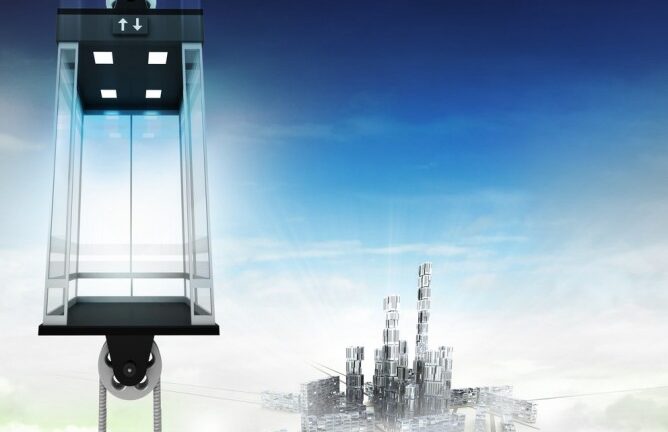 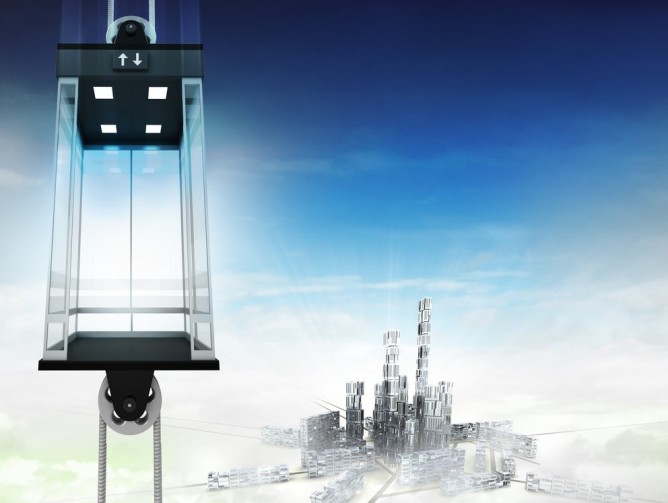 Space Elevator illustration. (Shutterstock.com)
This year’s challenge at the Technion – Israel Institute of Technology’s 12th annual Technobrain competition is to build a “space elevator” — a device capable of climbing in a nearly vertical manner (at an 80 degree angle to the ground), to a height of 25 meters.

Yuri Artsutanov, the Russian engineer who developed the concept of the “space elevator,” will be the guest of honor and one of the judges in the June 18 contest.

The challenge requires contestants to also slide down from this height while lifting a “space elevator” carrying practical cargo from the other side of the pulley (the position of the pulley will signify the location of the Space Station in space, while the mission course will emulate the movement of the space elevator).

Contestants will not be allowed to use energy sources of combustion or open flame of any kind.

Among the competitors this year are three father-and-son teams of Technion graduates (fathers) and students (sons).

The concept of the “space elevator” first appeared in 1895 when a Russian scientist by the name of Konstantin Tsiolkovsky thought of a tower that could reach all the way into space. In 1957, Artsutanov drew up a more feasible plan for building such a space tower. He proposed using a geostationary satellite as a base from which to build it. He suggested lowering a cable toward Earth while a counterweight was extended from Earth, keeping the cable’s center of gravity at the geosynchronous point. Artsutanov published his ideas in 1960.