Every year at Sukkot since 1952, the President of the State of Israel has hosted the public at the presidential residence. Sturdier than a sukkah but certainly not ostentatious, this shack is where the Israeli tradition of the “presidential open house” at Sukkot got started in 1952. According to his official online biography, upon the election of Yitzhak Ben Zvi as the second President of the State of Israel, his wife, the indomitable Rachel Yanait Ben Zvi, “acted to turn the President’s Residence into an institution symbolizing the unity of the tribes of Israel. She did so through the decision to establish the President’s Residence in a large shack, symbolizing the period of mass immigration, and not in a lavish building.” A year earlier, Shazar had paid a visit to the sukkah of former Prime Minister David Ben-Gurion on the eve of Ben-Gurion’s 80th birthday. 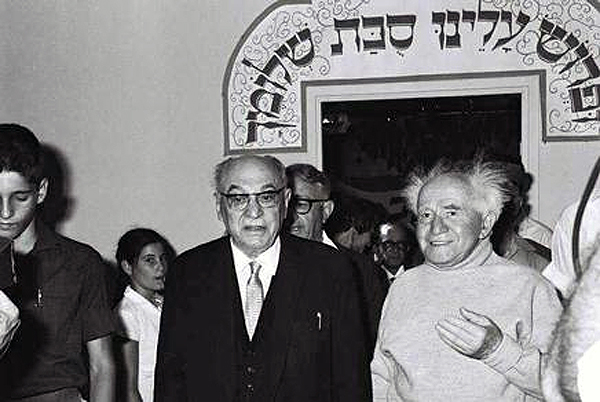 The tradition went on with presidents Ephraim Katzir and Yitzhak Navon, the latter pictured here in the more prestigious, less shack-like presidential residence that was inaugurated in 1971 and is still in use today. 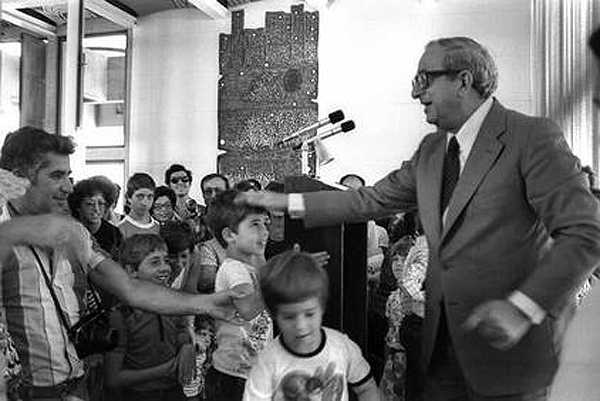 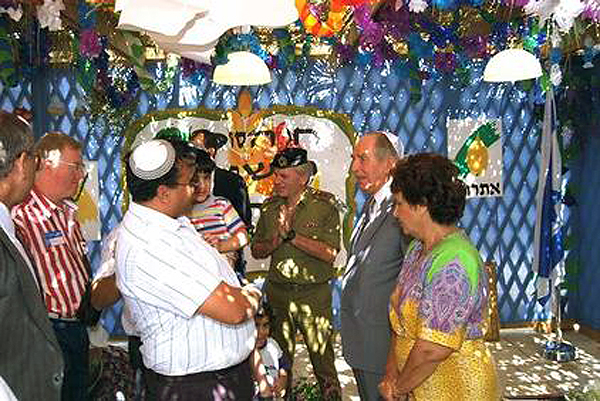 A year later, President Ezer Weizman and his wife Reuma were on hand to greet the public. 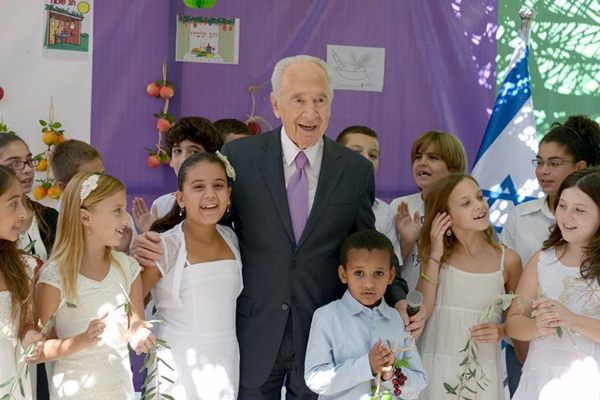 Since 1952, every president has held the open house event at Sukkot, each with an annual theme with exhibits and activities designed to raise awareness about a cause. This year’s theme — in cooperation with the Ministry for Environmental Protection and in collaboration with the Ministry of Agriculture and Rural Development — is “environment and sustainability” and the President Reuven “Rubi” Rivlin’s sukkah will be decorated with a green wall filled with a variety of fruits and vegetables.

Rivlin has also decided to champion an anti-bullying / pro-tolerance campaign sparked by an 11-year old Arab-Israeli boy, George Amira, who had posted a video on Facebook about the hell on earth that he was experiencing on the schoolyard.

The presidential open house will be held on Monday morning, Oct. 13th at 3 Hanasi Street, Jerusalem. Doors will be open from 9:00 – 12:00, and entrance is free of charge. ID Is required.