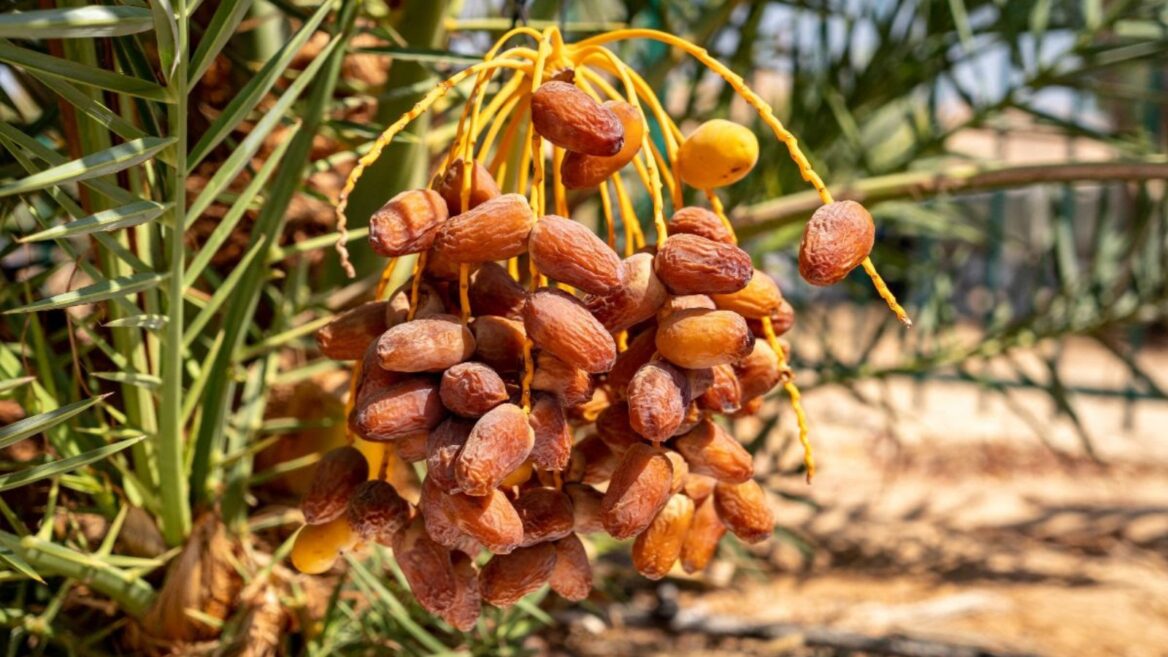 Dates growing on Hannah, a tree germinated from ancient seeds in Israel. Photo by Marcos Schonholz

Mazal tov to Hannah and Methuselah on their 111 miracle babies! The proud parents are date palms grown from ancient seeds uncovered in archeological excavations in Israel.

These dates, recently picked at the Arava Institute at Kibbutz Ketura in southern Israel, are a type that hasn’t been tasted since the times of Jesus and the Maccabees.

“Dr. Elaine Solowey, our director of the Center for Sustainable Agriculture, grew our first ancient date tree, Methuselah, in 2005,” explained Miriam May, CEO of Friends of the Arava Institute.

“He came from a 2,000-year-old seed found in excavations at Masada; his growth was an unprecedented success that no one was expecting. However, because he is a male tree, he could not produce fruit.”

But then Solowey succeeded in germinating six more ancient seeds, one from Masada and five from the caves of Qumran, home of the Dead Sea Scrolls written between 150 BCE and 70 CE.

One of the Qumram trees, Hannah, was pollinated by Methuselah and grew dates that ripened at the beginning of September to great international fanfare.

Solowey and fellow “date grandma” Dr. Sarah Sallon could not be more pleased. 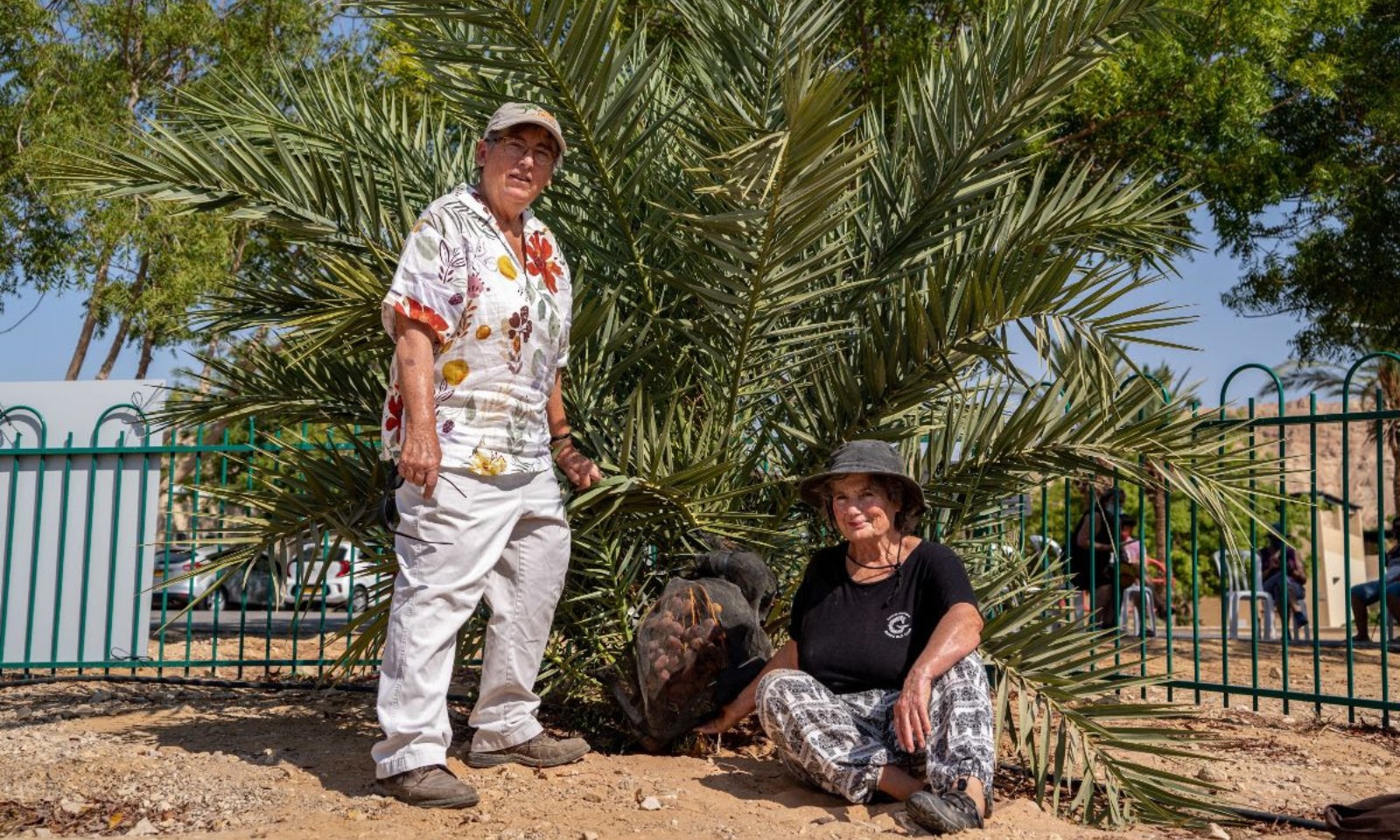 ‘The best seeds I could find’

Sallon, a pediatric gastroenterologist at Hadassah University Medical Center in Jerusalem from 1983 to 2000, founded the Louis L. Borick Natural Medicine Research Center at the hospital in 1995. For the past 15 years, she’s focused full time on how plants could be used as medicine.

“I was very interested in ancient plants, how and where they grew, and what is happening to them with climate change, pollution and development,” Sallon tells ISRAEL21c.

She and Solowey collected and tested many kinds of plants, and Solowey grew them at the Arava Institute. 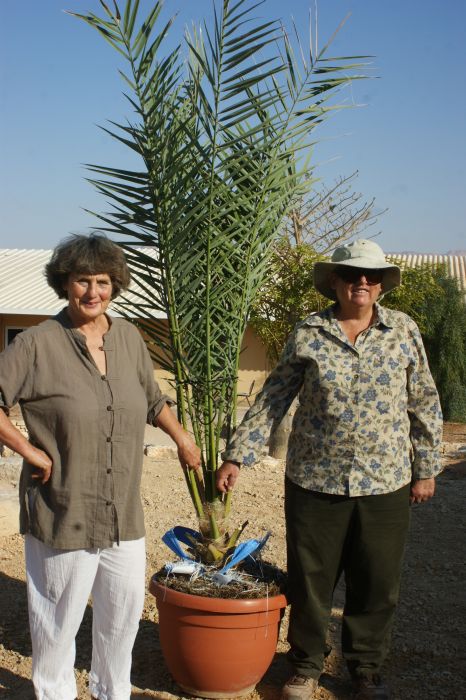 Then, Sallon was given date seeds discovered during Yigael Yadin’s famed digs on Masada in the mid-1960s and kept in storage for more than 40 years, plus date seeds found at Qumran by Prof. Joseph Patrich of the Institute of Archaeology at Hebrew University.

“Prof. Patrich let me choose whatever I wanted. I chose the best seeds I could find, in extraordinarily good condition,” says Sallon.

“I gave some to Elaine and lo and behold, up came Methuselah,” named for the oldest-living human in the Bible.

Methuselah,grown from a seed radiocarbon-dated to the first century CE, was the oldest seed ever grown into a living plant and was the subject of papers published in the journal Science in 2008 and 2009.

Six of the 32 additional seeds chosen by Sallon sprouted under Solowey’s care. They were warmed and hydrated slowly and gradually, fed a growth-promoting plant hormone and an enzyme fertilizer. They grew into healthy date palms dubbed Adam, Hannah, Judith, Jonah, Boaz and Uriel.

Last February, a paper published about the germination of the seeds in Science Advances, led to hundreds of inquiries, says Sallon.

In early 2019, Adam, Jonah and Hannah were moved out of their greenhouse to the Arava Institute’s Daniel Fischel & Sylvia Neil Research & Visitors’ Park.

Nature doesn’t give up

“It was so remarkable to bring these trees back from the dead — they were really just sleeping,” says Sallon.

“To see them grow several meters high and have babies was a ray of light at a time like this when people are worried and depressed. It is a sign of the remarkable resiliency of nature in the face of this terrible destruction of species. Nature will not give up without a struggle. That’s a motif for our times.” 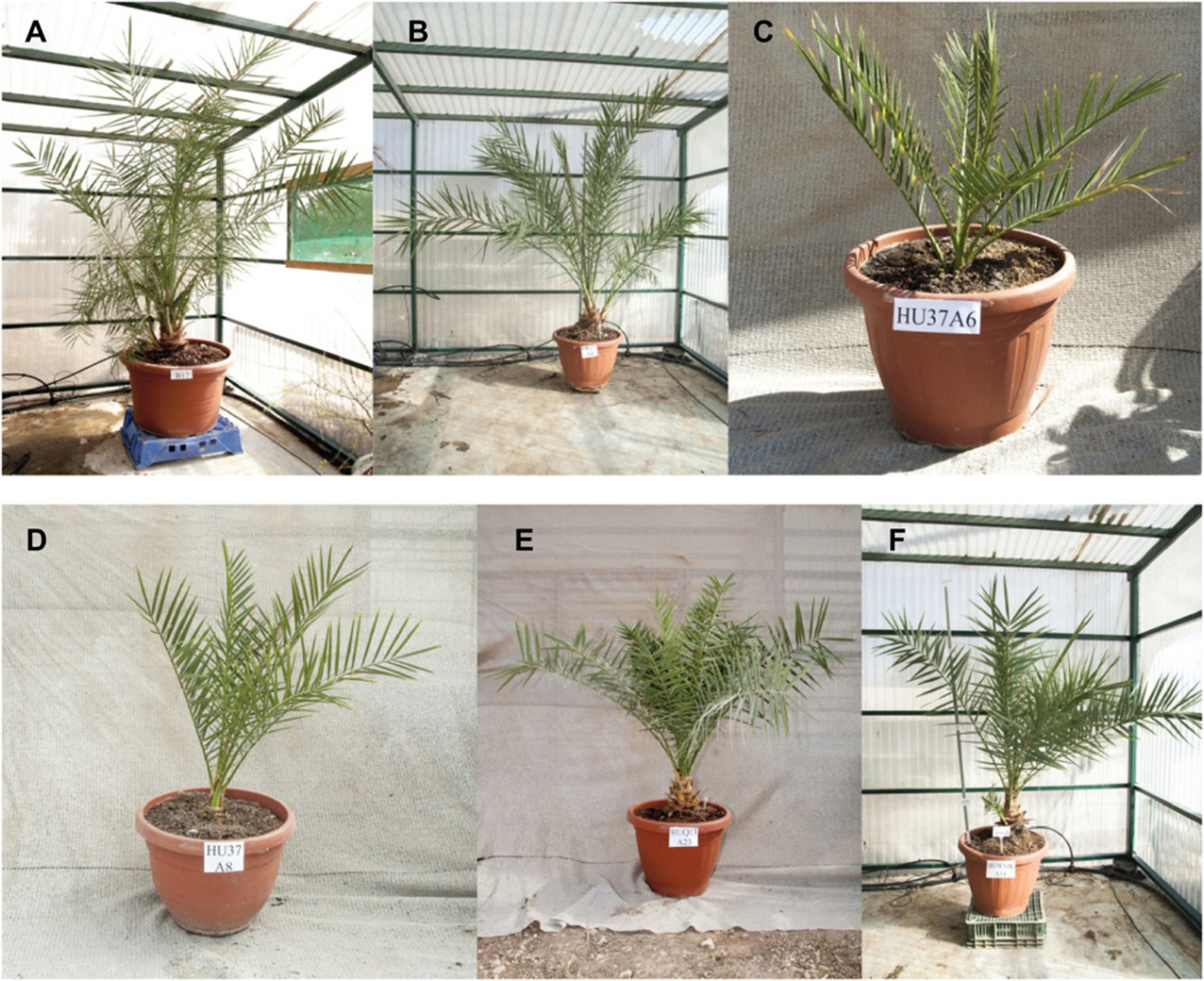 And how do Hannah’s dates taste?

“Lovely,” says Sallon. “I find Medjoul dates too sticky sweet. Hannah’s are blander and drier, with a honey aftertaste that makes me think of the land of milk and honey.”

The date experts at Kibbutz Keturah say they taste like the Zahidi species of Iraqi dates. That makes sense, as Hannah is genetically related to a species that grew in Babylon — present-day Iraq.

“Domesticating the date palm for cultivation started around 6,000 years ago in Babylon and in the Arabian Peninsula,” Sallon explains.

“Methuselah and Adam, from Masada, are very Arabian-like and are more than 2,000 years old. Hannah is more Iraqi. We presume she was brought by the exiles coming back after the First Temple was destroyed, because the Talmud tells us that Judean exiles worked in date plantations in Babylon.” 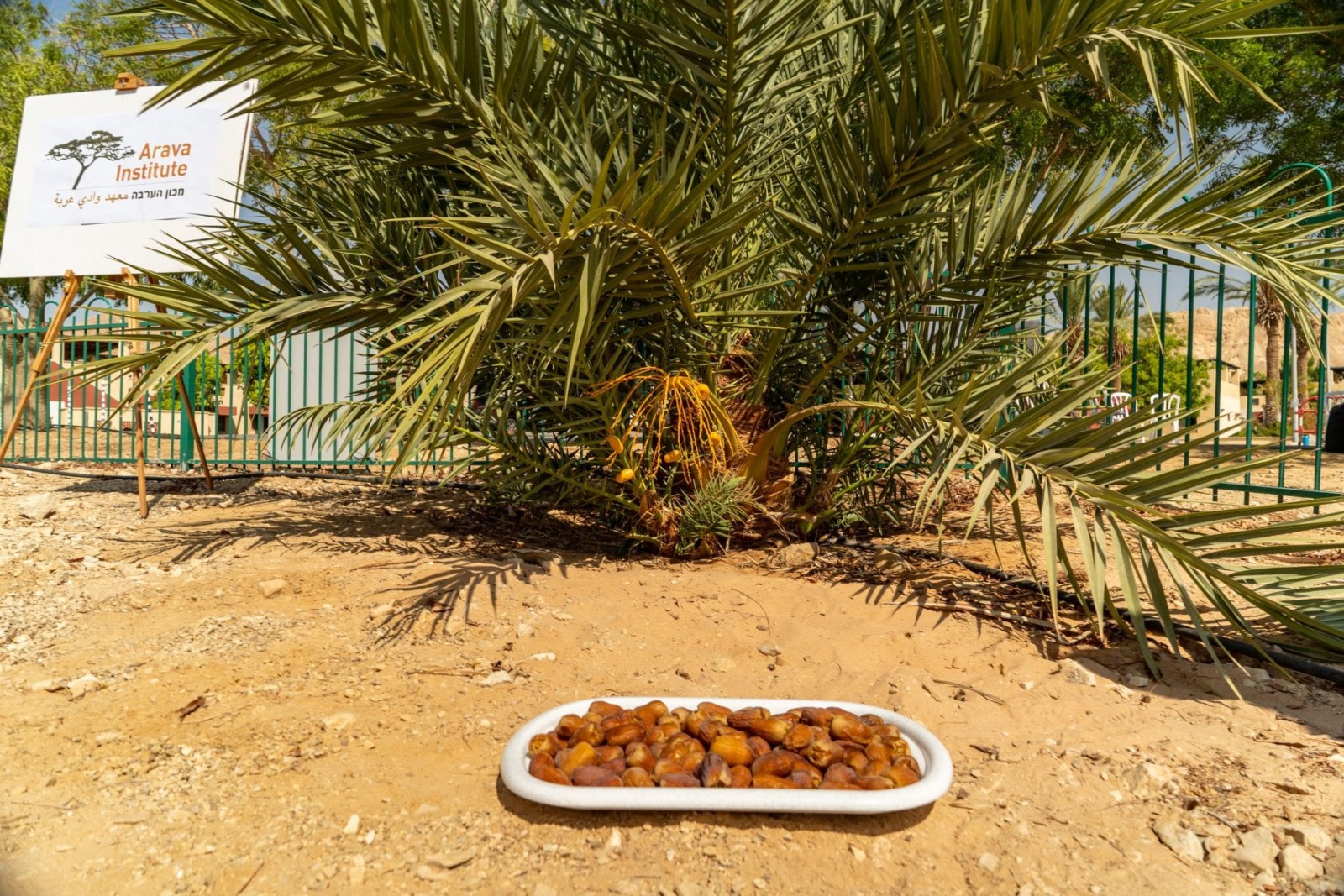 Dates harvested from Hannah, pollinated by Methuselah at the Arava Institute. Photo by Marcos Schonholz

Date cultivation in ancient Judea was well established by around 300 BCE. Uriel, Boaz and Jonah are from 200 CE, found in caves where Judeans took refuge from the Romans.

“They are more Western, like dates from North Africa, probably because the Romans primed those males to pollinate the Eastern palms,” says Sallon.

“The idea now is to reintroduce the Judean date — that’s my name for it — into modern agriculture. Perhaps they have important medicinal and nutritional traits that were bred out of modern dates.”

“Dates in ancient times here was one of the biggest sources of revenue. It would be nice to bring back from extinction this ancient variety that is producing very nice dates and reintroduce them to the market.”

Sallon also hopes to raise money to publish The Date’s Tale, a children’s story she wrote “from the point of view of the Methuselah himself going to sleep at Masada and waking up in a lab 2,000 years later.” Jane Goodall wrote the introduction.

She and Solowey are seeking funds for their research project. Click here  for information.