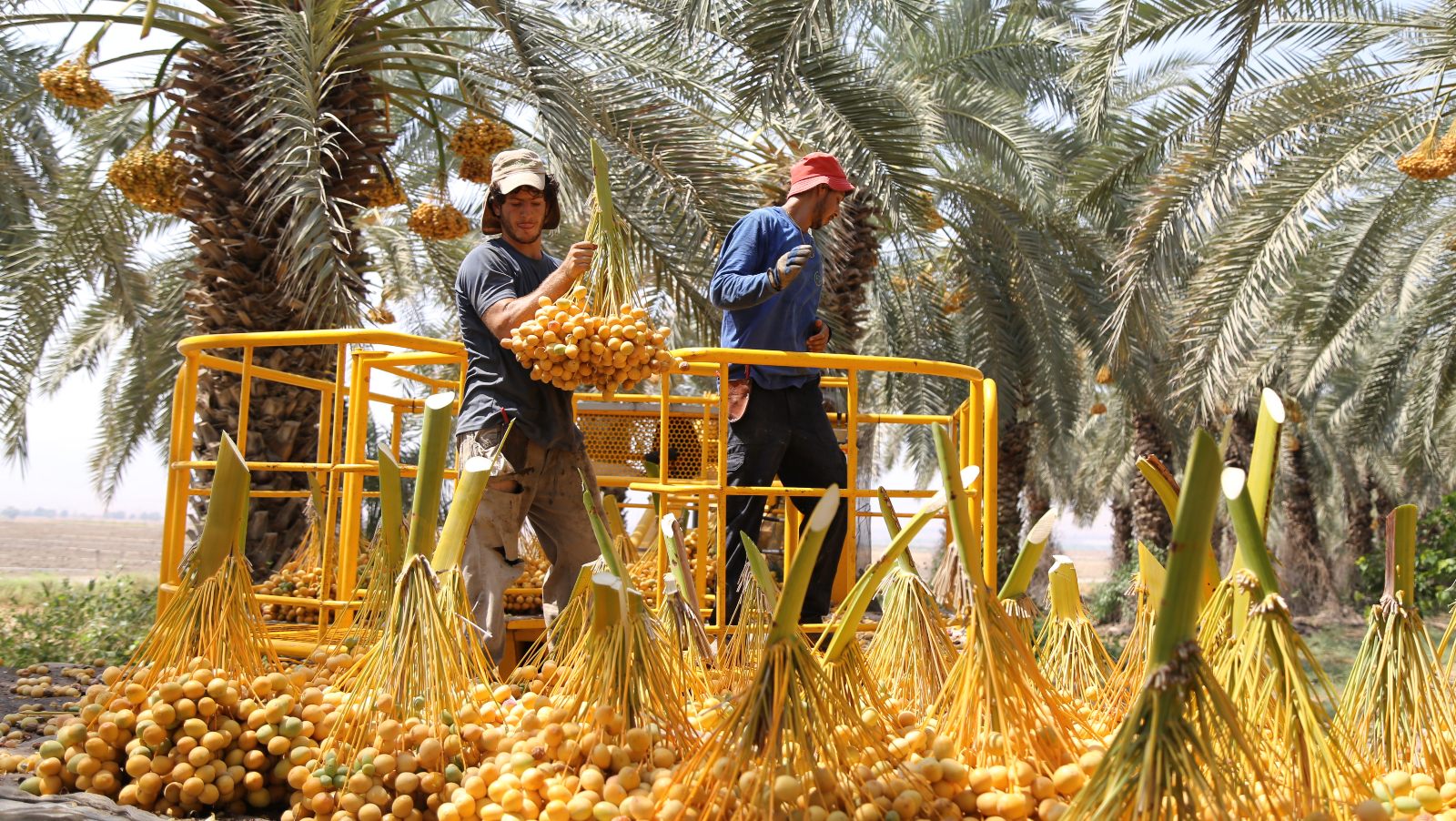 Date-picking season, called gadid in Hebrew, starts in late summer and continues all the way to October. And it’s no easy feat.

If you open the freezer in any given home in Israel, you’ll likely find a huge box stacked high with one of the most popular-yet-healthy snacks possible: Dates. They are usually pulled out and devoured ahead of a workout, as a mid-morning snack or in lieu of a rather less wholesome bar of chocolate.

Now, not only are Israelis avid consumers of magnesium- and potassium-rich dates, but they’re also pretty good at growing them: the mighty trees can be spotted all along Israel’s eastern border, from the kibbutzim outside of Eilat in the south up to the Sea of Galilee in the north.

There, the dates receive the scorching sunshine that they need to grow, supplemented by heavy watering from farmers across various kibbutzim and moshavim. 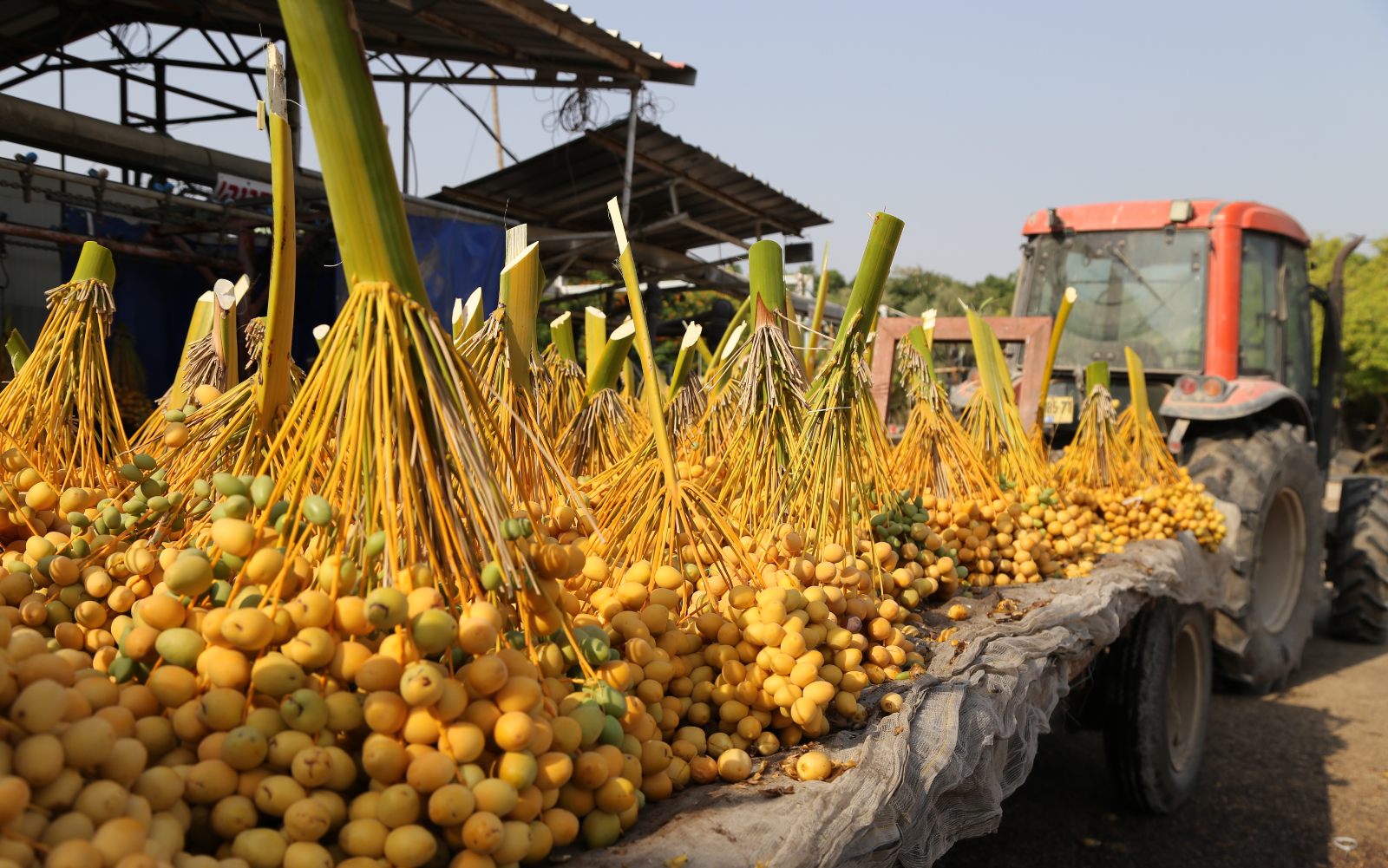 Dates have been growing in the area for thousands of years and are one of the seven species listed in the Bible as special products of the Land of Israel.

Modern date farming took off in the 1930s, when different species were brought here from all over the world. The most prominent species grown in Israel are Medjool, followed by Deglet Nour, Hayani and Barhi dates.

Their picking season, called gadid in Hebrew, starts in late summer and continues to October. And it’s no easy feat. Not only can summer temperatures in the desert plantations soar to 110°F, but workers have to get atop a crane to reach the fruit nestled in the treetops that in some cases are a mighty 50 feet high. 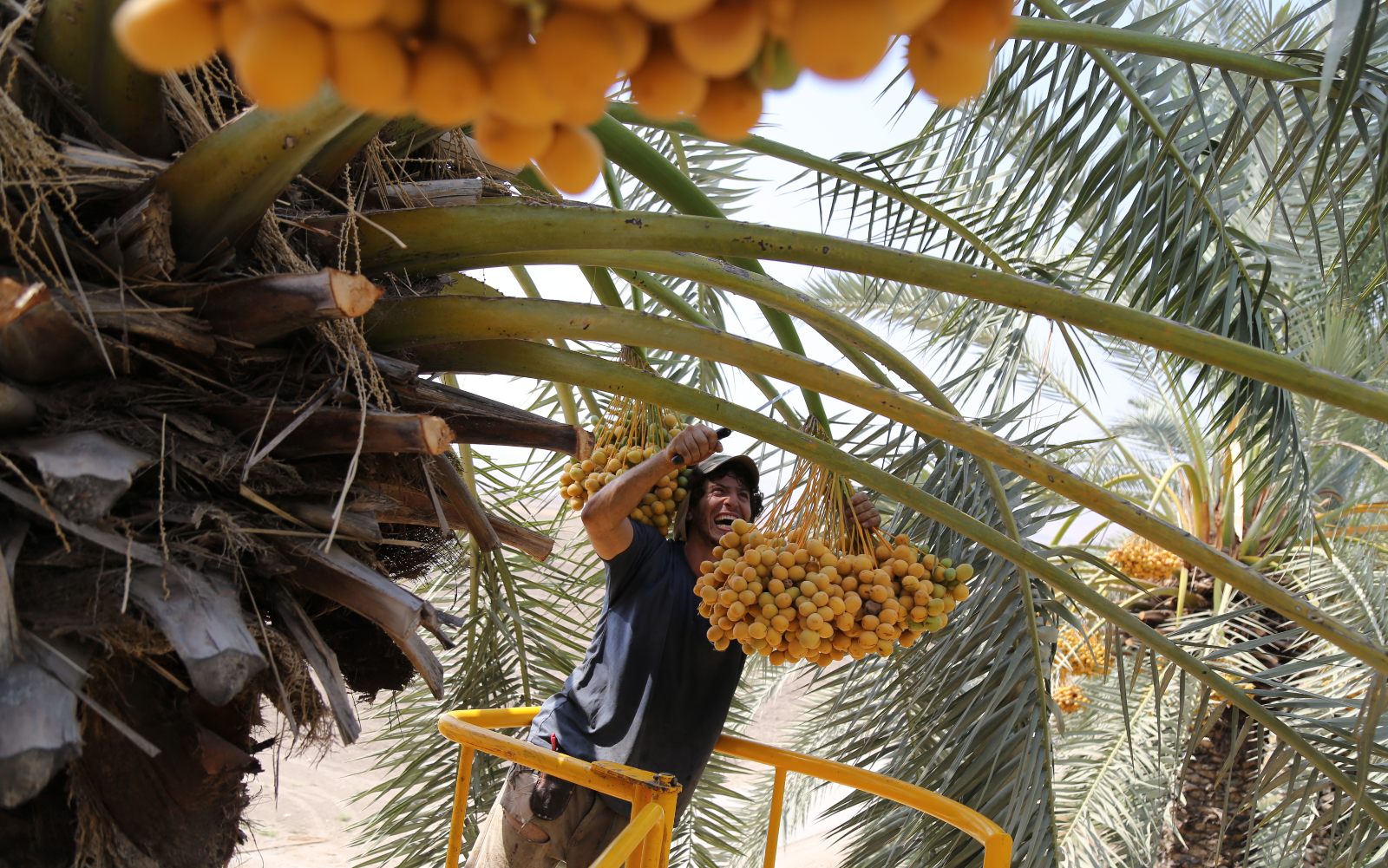 A worker stands atop a ramp to reach for the dates. Photo by Gershon Elinson/Flash90

“It’s a type of machine that has a crane that knows how to fold and open up, and on top of it is a ramp on which people can stand, and that’s how they reach all the way to the top,” explains Idit Garfunkel, the CEO of agricultural cooperative association Ardom, which established and operates a date packaging factory. Working with 10 kibbutzim in the southern Arava, Ardom specializes in Medjool dates, which grow on 1,850 acres in the southern tip of desert. 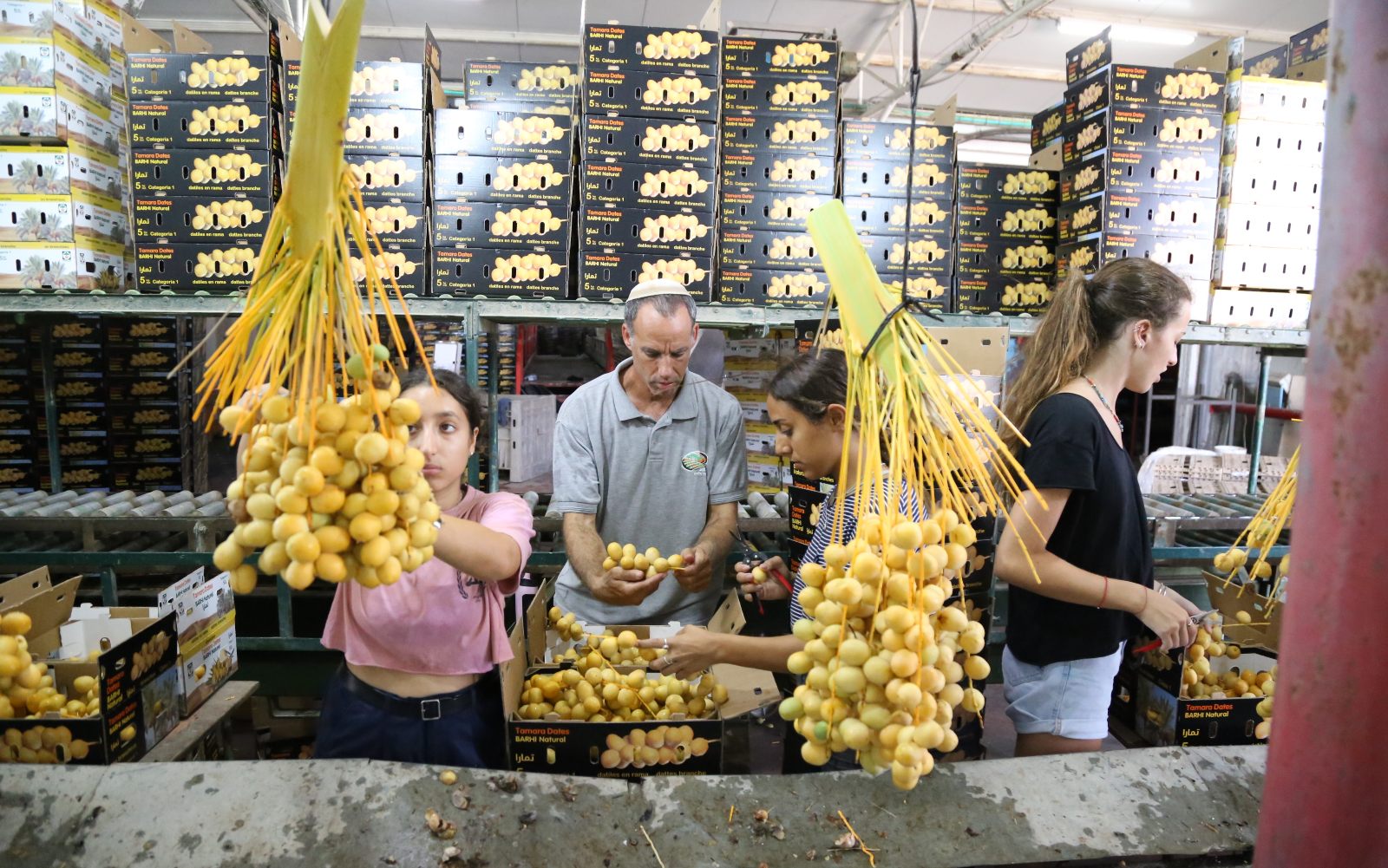 “The Medjool doesn’t grow in many places around the world. It grows only in California, in Israel, in Egypt and in Morocco,” she adds. “The climate conditions that we have are ideal for it, and the farther down south you go the better, so that’s why we grow it here.”

Garfunkel says about 7,500 tons of Medjool dates are sold in the southern Arava and about 30,000 tons nationally.

And these are only the Medjool dates – according to the Israeli Plants Production and Marketing Board, there are some 5,000 acres of plantations of different types of dates planted across the country.

About 75 percent of the dates packaged at Ardom make their way to Europe, India and even to the East Coast of the United States even though Medjools grow in California.

“Transporting dates from the West Coast to the East Coast costs a lot of money, and when we transport them by ship it ends up costing more or less the same,” Garfunkel explains.

Should you come across a box of Medjool dates, Garfunkel suggests assessing it according to two parameters. “Number one is size. The bigger the fruit, the better quality it’s considered,” she notes.

The second thing to consider is whether the outer skin of the dates is separating from the flesh. Loose-skinned dates don’t look as nice and have a less pleasant mouth feel. “The price is higher the less loose-skinned it is and it’s also considered better quality.”